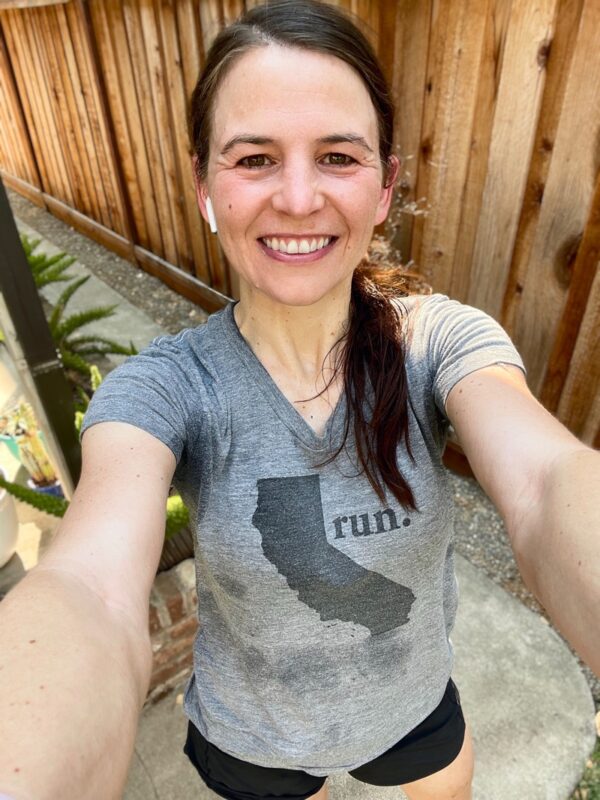 In August, I signed up for the SeaWheeze Virtual Half Marathon. I hadn’t run a race since last year, and I desperately needed a race on the calendar. The sign-up fee was only $5. There wasn’t going to be a t-shirt or medal (but a virtual badge on Strava to commemorate the achievement!), and yes, ‘virtual’ meant I’d be running this race solo, but hey I am a solo-runner by nature and I just needed something to work towards.

All funds raised were going to be distributed through lululemon’s social impact program, HERE TO BE, and evenly contributed to the three non-profit organizations: BACK ON MY FEET, BLACK MEN RUN, and GIRLS ON THE RUN.

I have to admit though that my training wasn’t ideal. I had hopped on the training plan late (but figured that wouldn’t be a problem as I had been consistently running), but then I ended up only rather loosely sticking to my training plan for the whole cycle. On the one hand, a few runs had to be canceled due to poor air quality because of the California wildfires, on the other hand because I was admittedly a little distracted by my Peloton bike. Oops.

But this last week came and I had from September 18 to September 26 to complete the 21.1km (13.1 miles) in a single effort. I was pretty confident that I could somehow manage the distance but wasn’t taking any bets on the finish time and I was absolutely prepared to take a few walking breaks if necessary.

So, I got up at 7 a.m. on Saturday morning, had a bite to eat, then did a little cardio warm up and was out the door at 8 a.m.. The temperature was just right at 63F/17C and I actually felt pretty good. At the beginning, I even had to force myself to slow down a little, as I was sure I wouldn’t be able to hold the pace. I had preplanned my route along the river with as few obstacles (traffic lights, street crossings, etc.) as possible. My strategy for long runs – not just in a race – always is “run the mile you’re in”.

To be honest, I was a bit afraid that I would hit a wall somewhere in the second half. My longest run in previous weeks had been 10 miles and like I said, my training runs hadn’t been consistent. You can see from my negative splits that I did slow down a bit after mile 7, but all in all I was surprised how steady I was able to keep my pace. In mile 12, I had a cramp in my left foot all of a sudden but it fortunately resolved relatively quickly, so that I was able to finish strong.

I have to say, I surprised myself quite a bit. I didn’t think it would go so well. I waited the whole time for the massive slump, but somehow it didn’t come. I don’t want to say that the last 4-5 miles were not hard and I had to do some mental gymnastics to keep my focus on the individual mile, but I guess even though I ran fewer miles in preparation for this race, the cross training paid off in its own way.

In the end I was able to beat my previous PR by almost 2 minutes. That doesn’t sound like much but every runner knows that every minute shaved off a long distance run is hard-fought for and I love that I continue to improve and that consistency keeps paying off.

Did you run the Virtual SeaWheeze Half or 10k or any other races this month? How did it go?

I am linking up with  Kookyrunner and Zenaida  for Tuesday Topics.