My roommate told me this morning that her Dad is coming to visit this weekend.

Her comment: I’ll have to spend time with him for THREE WHOLE DAYS!

My reaction: So? [Starring in disbelief, shaking my head]

Clearly, the girl doesn’t know how lucky she is that her Dad lives “only” a 6-hour car ride away [in LA] and I told her exactly that. I would be thrilled (!) if I could see my Dad [and my Mom and the rest of the family!] for three days. Even for longer, for all I care ;) It’s really not fair… but then, what is?

Her reply was that she has been living on her own, doing “her thing” on the weekends for too long and that she doesn’t like to adapt to someone else for three whole days… (???!?)
Good luck on finding a man, is all I can say to that.

Oh well, I had to realize lately that not every relationship between parents and their children is the same [the same as mine, that is]. It still kind of a mystery to me.

Anyway, this prompted J and I to think about taking the opportunity of going away for a night. We haven’t decided where we want to go yet, but I am sure we’ll be able to come up with something… there is something to see everywhere around here ;) Let’s call it our belated “Easter holiday weekend”, since we didn’t really do anything special last weekend.

This is what I am doing these days. I know, women are said to be very good at that and I agree. I don’t get overwhelmed when I am trying to juggle multiple tasks at the same time. In fact, it makes me feel more productive.

Downside?Â There are not enough hours in the day to do everything I want to do. Like, not even remotely.

Does anyone else feel like that from time to time? Hence the absence of any meaningful updates lately.

Anyway, I had a great Easter weekend. We didn’t really do anything special, but the weather was very nice. This makes me particularly thankful when I heard that you guys in Germany had snow! It’s a couple of days into spring andÂ you had snow. Unbelievable!

I baked Easter bread [a sweet yeast bread]Â for Sunday and bought some Lindt gold bunniesÂ [Good lord, they’re expensive!], so that we had a little bit of an Easter feeling. Since we don’t get Good Friday and Easter Monday off, Easter didn’t really feel like a “holiday” to me.
I ran the usual weekend errands [grocery shopping, appointment at the nail salon, etc.] and alsoÂ did the ususal cleaning procedure at home. I am barely there during the week, how come it always needs to be cleaned at the end of the week?!
Oh yeah, andÂ just in case somebody is interested… I tried two new (old) recipes last weekend. Chicken fricassee and Sauerkraut with pork. I might add those to San’s CookbookÂ a little later.

P.S. As you alsoÂ may have noticed: I added a new gadget to my sidebar. You can now subscribe to this blog by email. Isn’t that something? :) 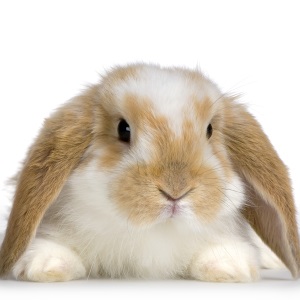 … to hear the name of your relatively small hometown in Germany on American NPR [National Public Radio]?
Close to 0%. Exactly.

So call this a snowball’s chance in hell what happened to me yesterday.
I was driving home from work – a little later than usual because I had to wait for a computer process to finish at work and then stopped at the store to buy some groceries – when I listened to NPR and was totally taken aback when all of a sudden I hear the radio host say “Grevenbroich”.

But there it was again. Admittedly, the guy had a little trouble pronouncing the word – what the heck, even some Germans can’t pronounce the name of my city right -Â but he unmistakably said it.

Apparently, NPR was doing a report about CO2 emissions and all that stuff and since my town is considered the “capital of energy” [because we have some of those HUGE lignite-fired power plantsÂ  and enormous lignite resources that are strip mined near my town], it was on the news! [Ok, not the greatest topic to be on the news about, but oh well.]

Here’s the link to the podcasts and the story in writing:

KAI RYSSDAL: Oil’s at $109-something a barrel. The planet’s getting warmer. So the search is on — has been on for a while now, actually — for new sources of clean energy. Nuclear power’s making a comeback. More than 100 new reactors are being built or planned in Europe, Asia and in the developing world.In Germany, though, nuclear’s on its way out — Berlin’s vowed to shut down its last reactor by 2022. Thing is, it’s also promised to cut its carbon dioxide output by 40 percent by 2020.

Brett Neely reports from the Marketplace Sustainability Desk doing both’s going to be a neat trick.

Brett Neely: The western German town of Grevenbroich calls itself Germany’s “capital of energy .” Three massive brown coal power plants produce enough cheap energy to power Germany’s biggest industrial region, the nearby Ruhr Valley. The plants also release epic amounts of carbon dioxide — over 60 million tons a year. That’s earned the town another name: the CO2 capital of Europe .And it’s getting bigger. Another huge power plant is due to come online next year. Hans-Wilhelm Schiffer is the director of energy economics for RWE, the utility that owns the plants.

Brown coal is so dirty that it makes the black stuff look good by comparison. But it’s also dirt cheap. This part of Germany sits atop some of the biggest brown coal reserves in the world. By some estimates, there’s another 200 years’ worth of coal here.Although the future of coal looks bright in Germany, the view from Monika Hermkus’ window is decidedly darker. The giant clouds of steam coming from the plants can block out the sun in front of her house for days. Hans-Wilhelm Schiffer says his utility is spending a billion Euros a year to increase the use of solar and wind power. But he says that won’t provide enough energy to replace coal or nuclear plants. And natural gas? Too expensive. So according to Schiffer, all roads lead back to coal. Or more specifically, 30 new coal power plants in the next decade — which would make it impossible for Germany to keep its promise to cut CO2 emissions by 40 percent. Across the country, German citizens are suing the utilities and have managed to stop the construction of some new plants.Energy economist Claudia Kemfert says the government needs to decide what’s more important: cutting coal and CO2, or eliminating nuclear plants. If it can’t make it up its mind, she says the country is headed for an electricity crisis. In which case, she says, Germany would have to import power from other countries who use coal or nuclear. Hans-Wilhelm Schiffer at RWE says the decision may not be as difficult as it seems. He says this new brown coal plant will be the most efficient in the world. It will emit one-third less CO2 than an older plant. It’s also designed to work with new carbon-capture technology that pipes the gas underground. But that technology won’t be ready until at least 2020.Economist Claudia Kemfert is skeptical about that timeline. And she says even if carbon capture works, get ready to say “auf wiedersehen” to cheap electricity. Electricity prices have already doubled here since 2000. If prices go even higher, Germans may well decide that they prefer to sit in the dark.
In Grevenbroich, Germany, I’m Brett Neely for Marketplace.

Is it kind of silly to get excited about this? Maybe.
But if you live so far away from where you grew up, itÂ makes your heart jump for just a second :)

I can’t believe it’s been a whole week since my birthday and I haven’t posted anything. I feel like I am behind on so much stuff… updating, responding to emails, returning calls. If I owe you any of that, please be patient with me.

I’ve been busy with work and even with a three-day-weekend, there is only so much you can get done. At least I finished my tax return on Sunday. That’s always a drag and I sure am relieved that I got that out of the way.

On Friday, I went to Susi’s wedding reception. She got us all quite surprised there, didn’t she? It was a really nice small reception with yummy food and a bunch of toddlers and kids. If there is Susi, there are kids :)

The rest of the weekend was busy with running errands, filling out my tax return and catching up on some overdue phone calls. Damn, the time difference really only leaves the weekends for calls to Germany and why the hell don’t I get a couple more hours in the mornings, so that I can talk to everyone I need to talk to?!

Yesterday I went to my gym class again. Since I skipped last Monday for an obvious reason, I knew going back would be hard.
Let’s just say it was harder.
When the 1,5 hours were over, I was completely beat-up. I felt like I couldn’t lift my arms, let alone my legs to walk out of the exercise room.
I think I made it to the store and then back home in a state of trance.

Luckily, I didn’t have to prepare any dinner since we had leftovers from Sunday night, and I collapsed on the couch and watched “SATC” with my roommate for an hour. THE perfect way to relax, if you ask me ;)
I pretty much crashed after this, only to wake up with a headache after a very non-recuperative night . Just fabulous!
I am not quite sure if that was due to the heavy workout or the fact that I did my tax forms in my dream over and over and over again.