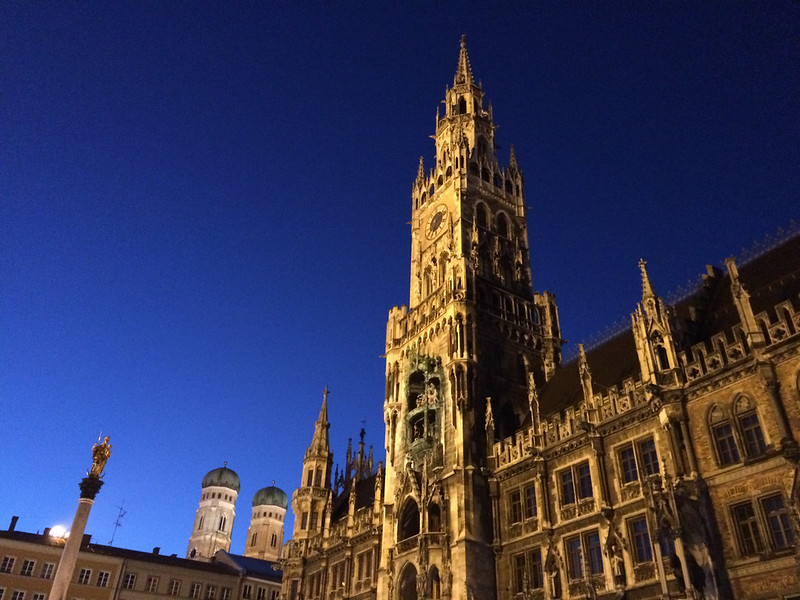 On our way to and from the Italian Alps, we had two stop-overs in Munich. One, to break up the long drive and two, because it’s always a good idea to stay a night or two in Munich. Obviously.

This was another “nostalgic” part of my visit back home, because we used to stay in Munich on our annual skiing vacation trips and of course, we had booked a night at the hotel (close to the city center) at which we’ve always stayed in the past. 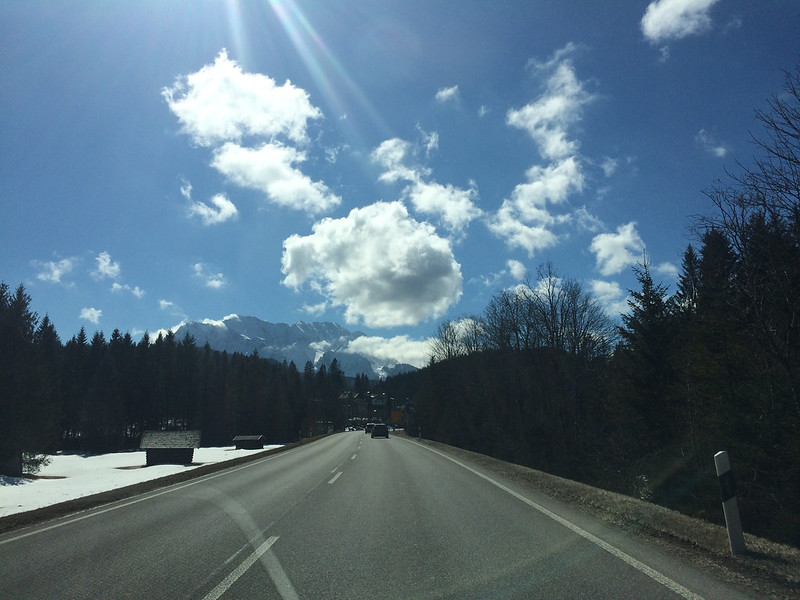 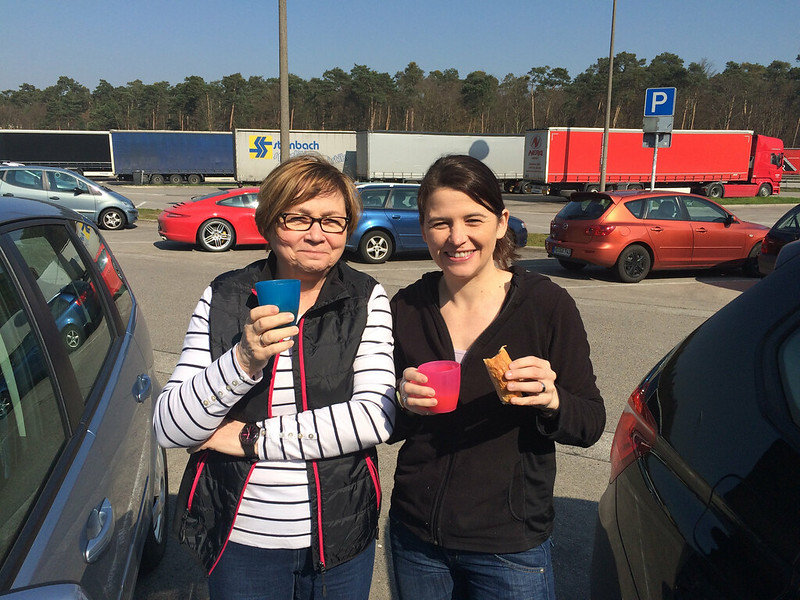 We had two awesome dinners at Der Pschorr, a traditional Bavarian brewery restaurant in the heart of Munich. It’s right next to the Viktualienmarkt, which itself is a must-see when you’re in town. 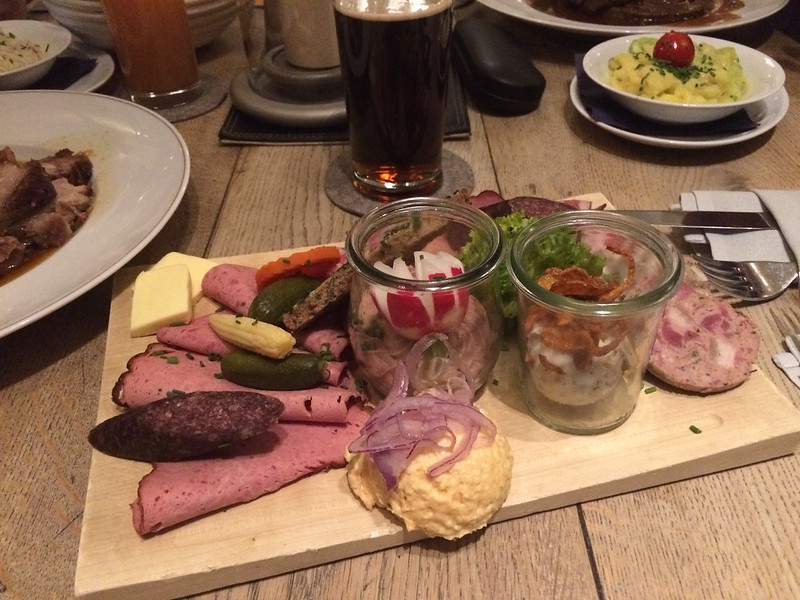 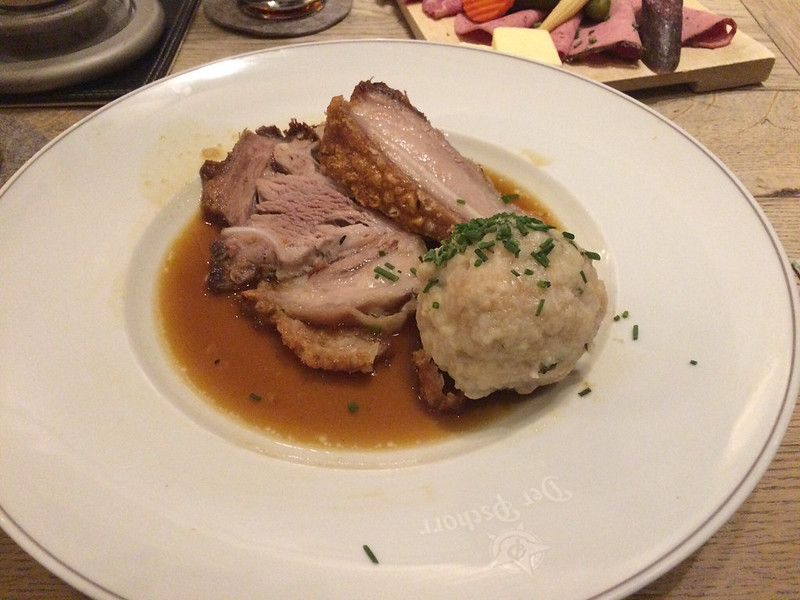 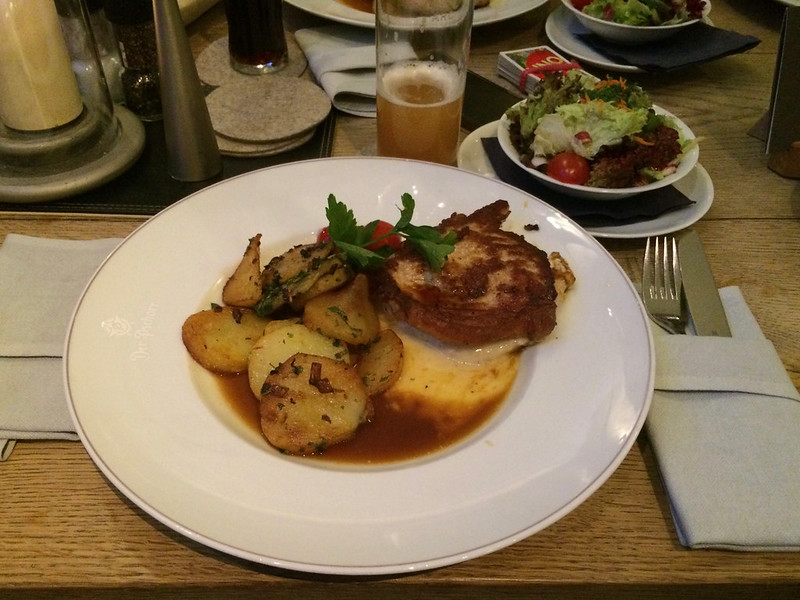 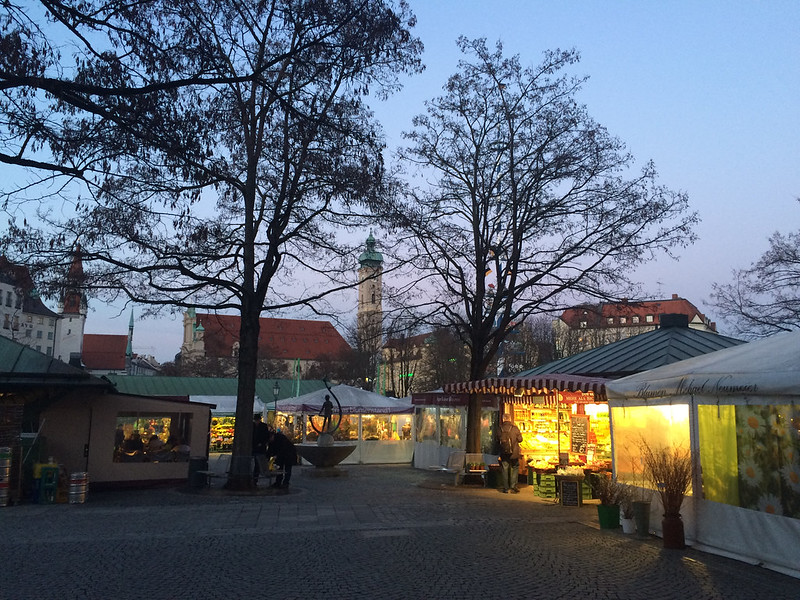 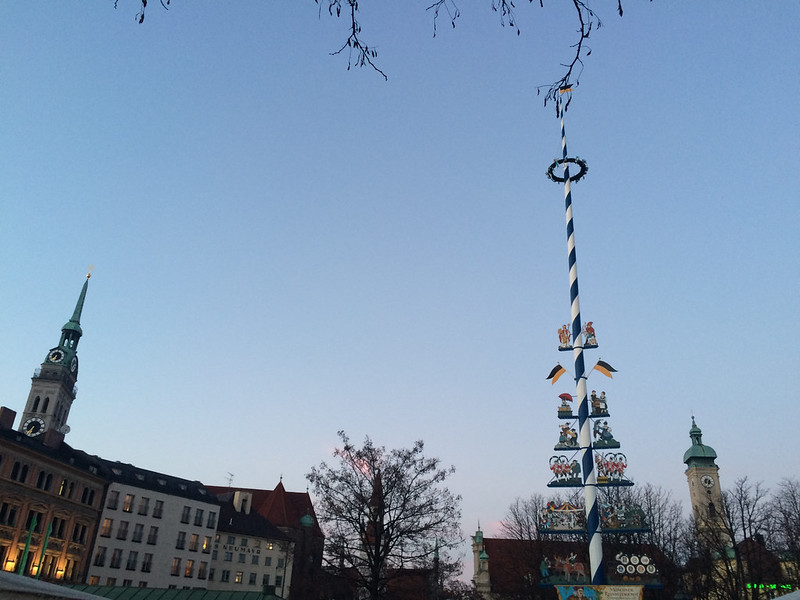 We took a long, beautiful, albeit bitter-cold, walk through the Hofgarten. 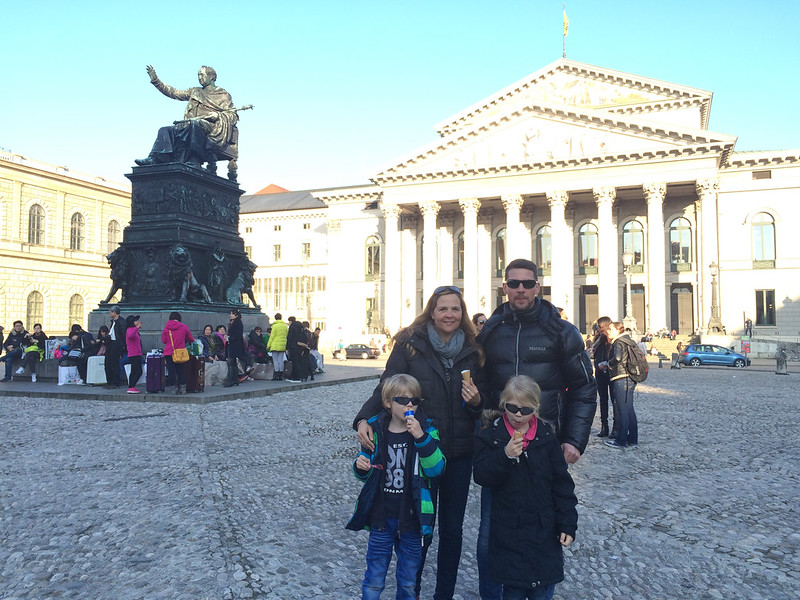 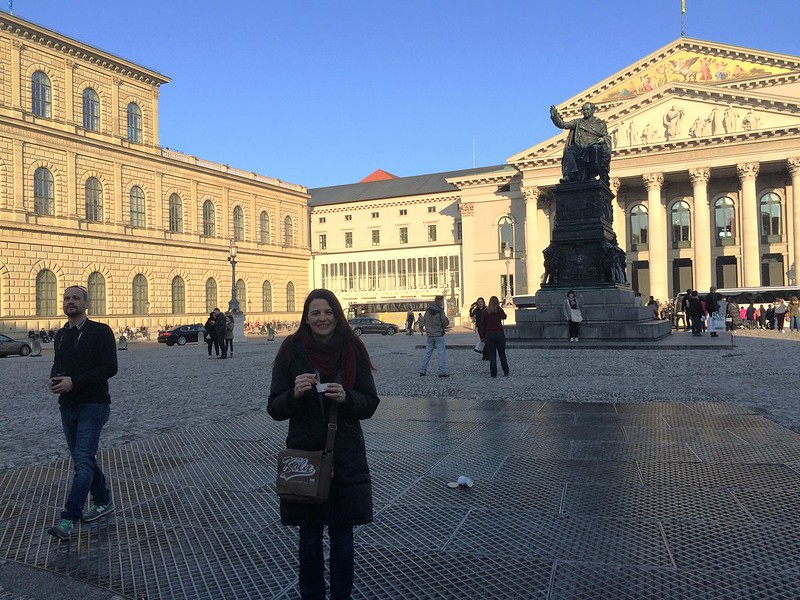 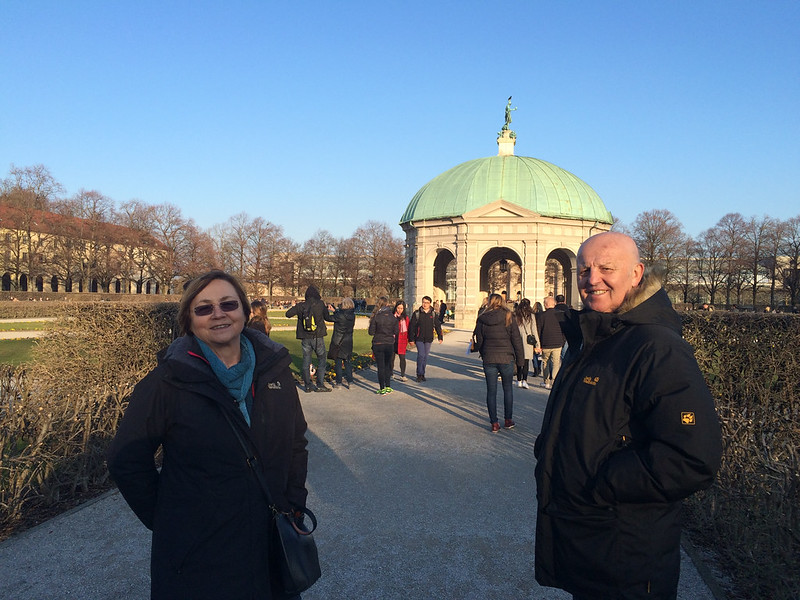 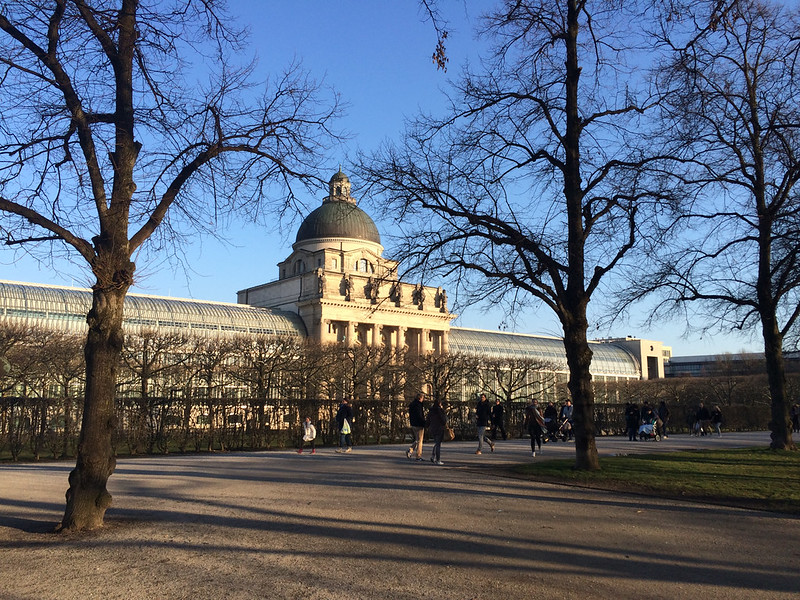 We passed the  Staatskanzlei, and then walked through the English Garden, where we marveled at the skills of the surfers at the Eisbach Wave and enjoyed a chilled beverage at the Chinese Tower beergarden before catching the bus back to downtown. 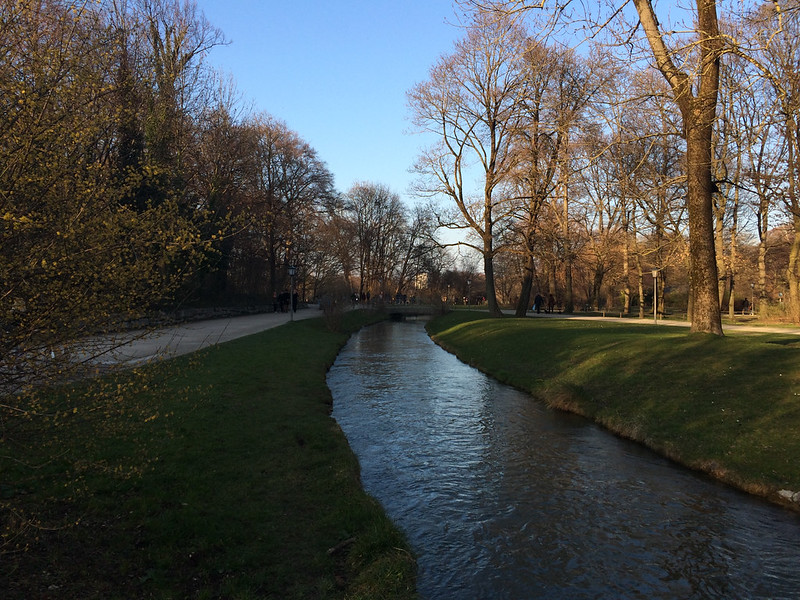 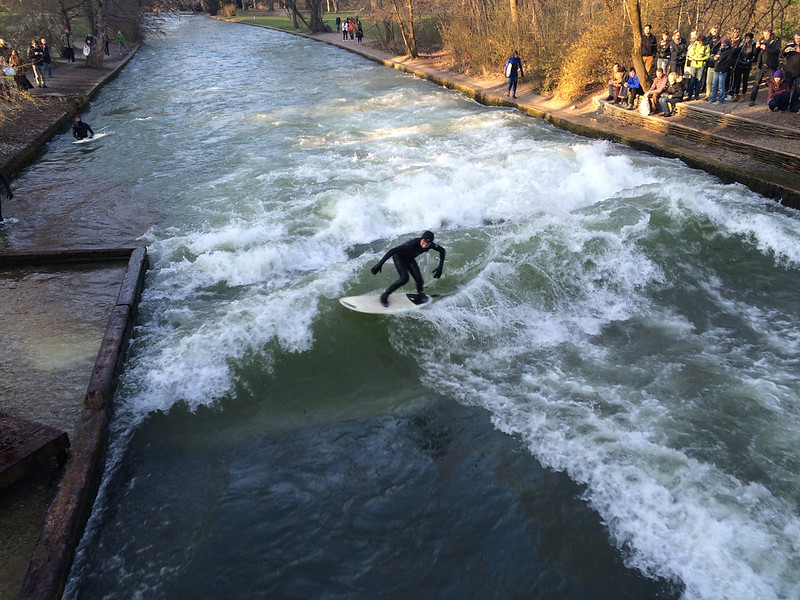 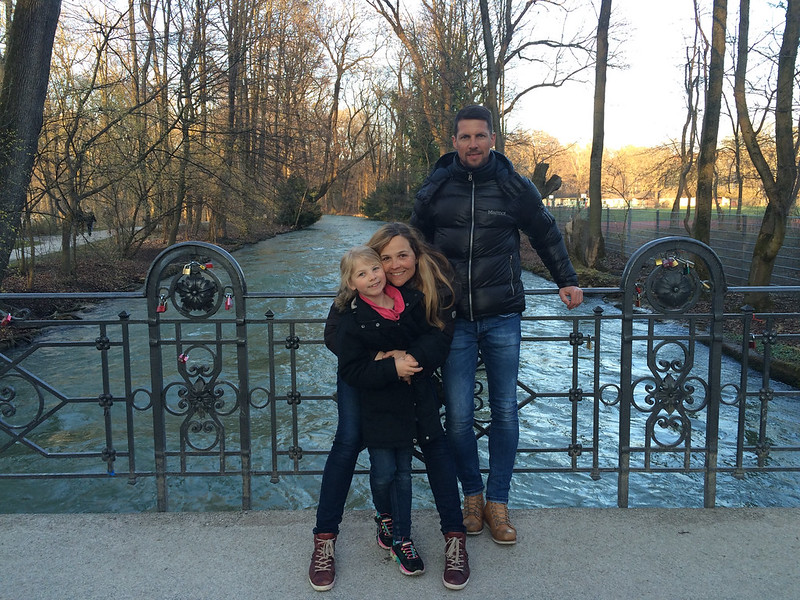 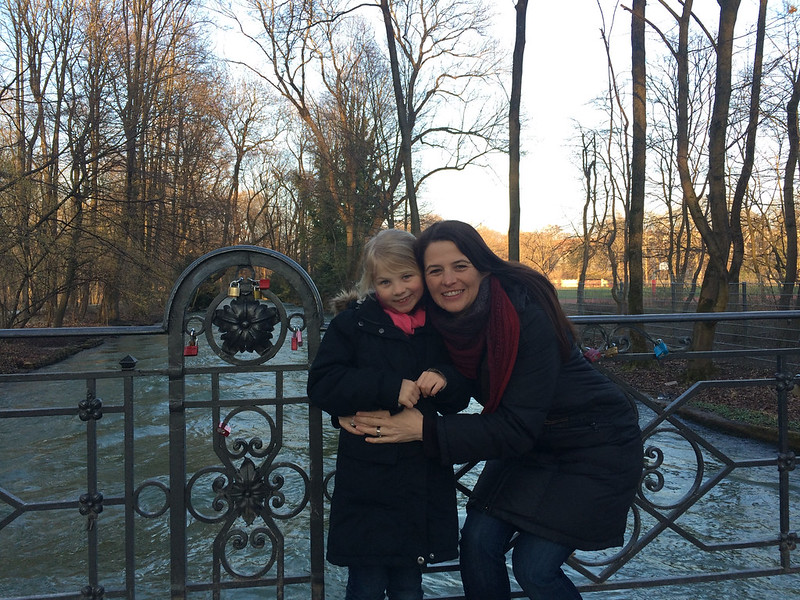 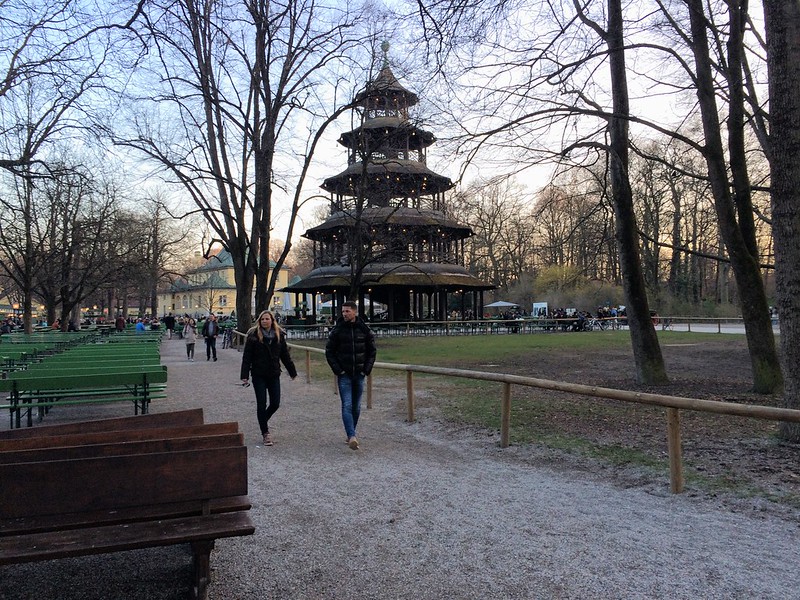 Chinese Tower at the English Garden

We took the kids to the Bavaria Film Studios on Easter Sunday. The weather was supposed to be mediocre (which turned out to not be completely true) and we were looking to do something that would keep us occupied and partly indoors for a few hours. The Bavaria Film Studios (where they have Falcor, the dragon from The Neverending Story) were fun, but not as fun as I remembered it to be from when I was a kid. Oh well, I think Greta and Tom enjoyed it. They had kids’ activities, an “Easter egg hunt” and the two even won a prize.

How Michael “Bully” Herbig got a whole exhibition dedicated to his nonsense, however,  is beyond me. He was (maybe somewhat funny when he first started out, but I find most of his stuff rather silly now. Oh well. The things you can make money with these days. 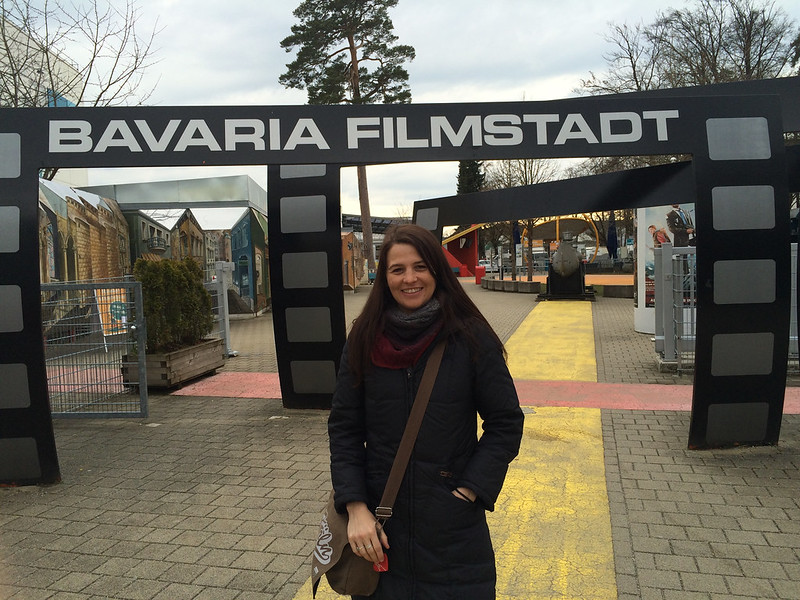 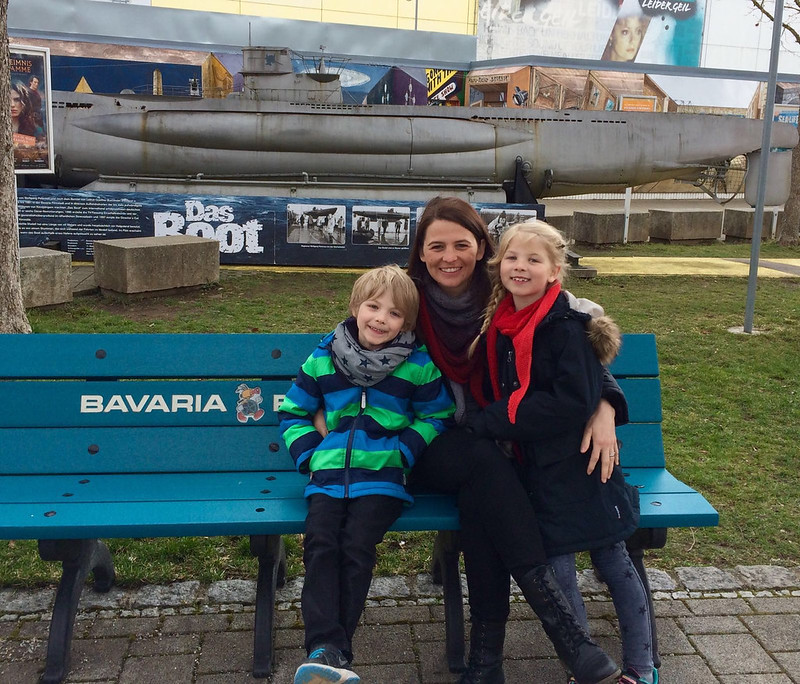 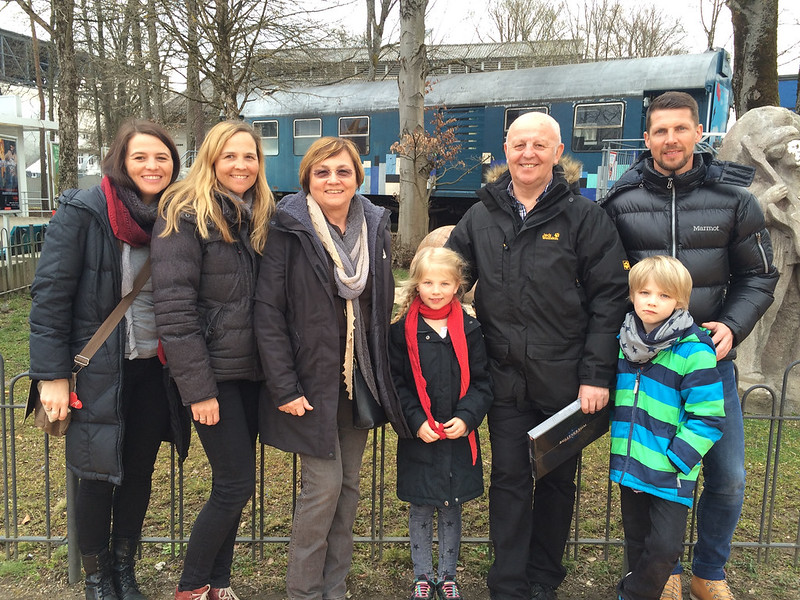 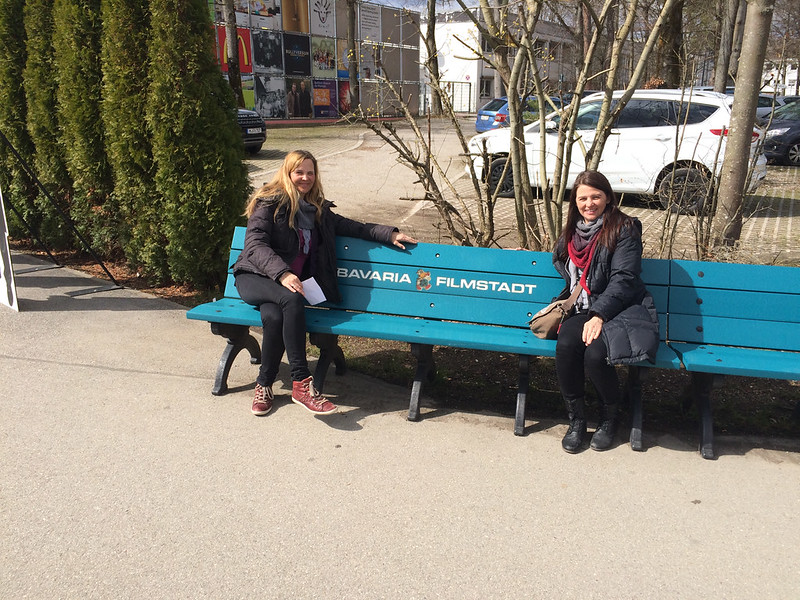 Downtown Munich is always a treat with the beautiful views in the pedestrian area. Marienplatz with the new City Hall and the Glockenspiel in its tower, the Frauenkirche, St. Peter’s Church, the Hofbräuhaus and the Toy Museum. 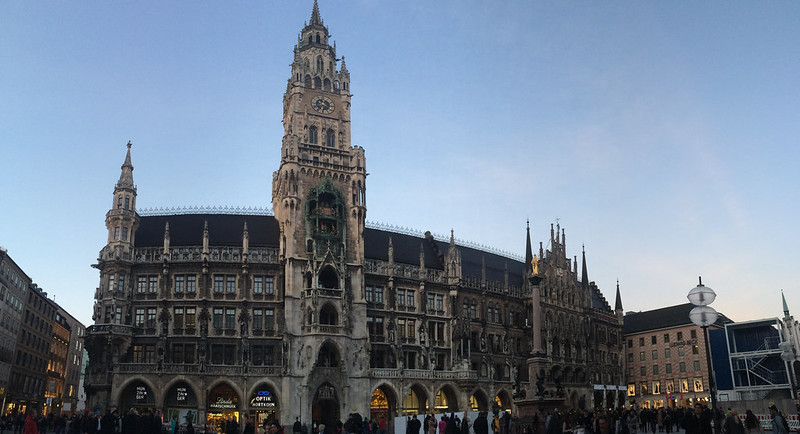 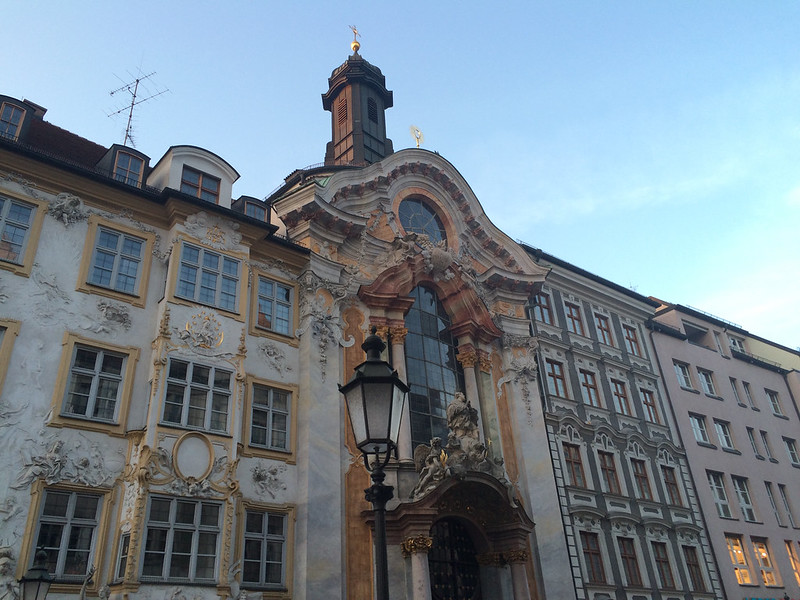 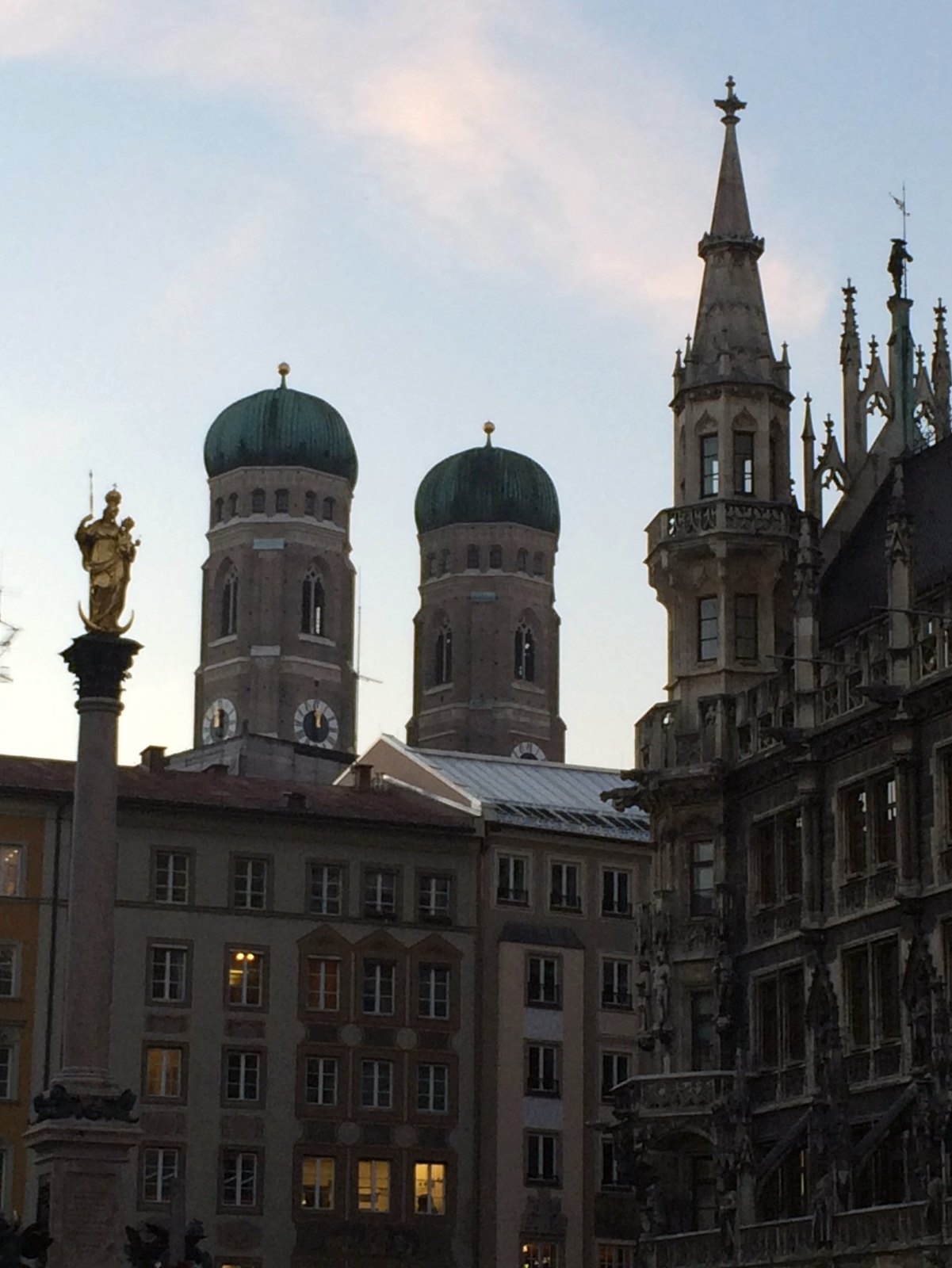 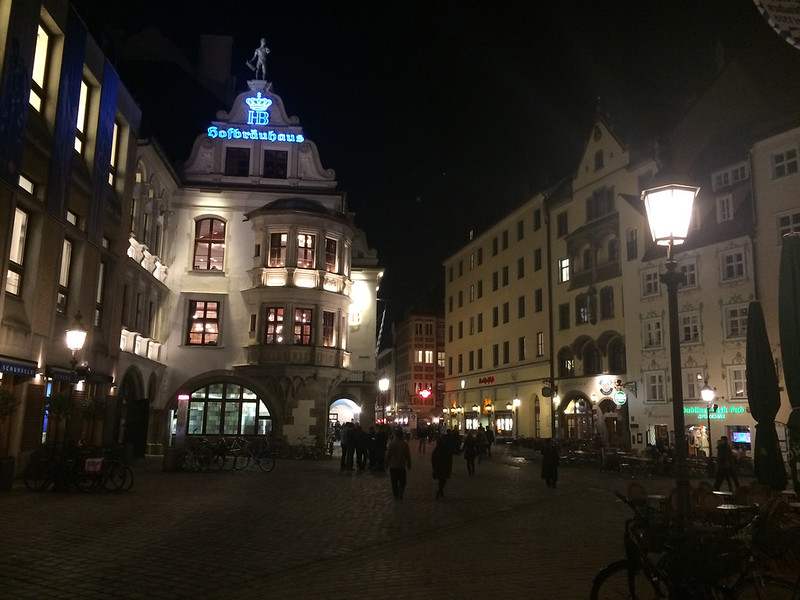 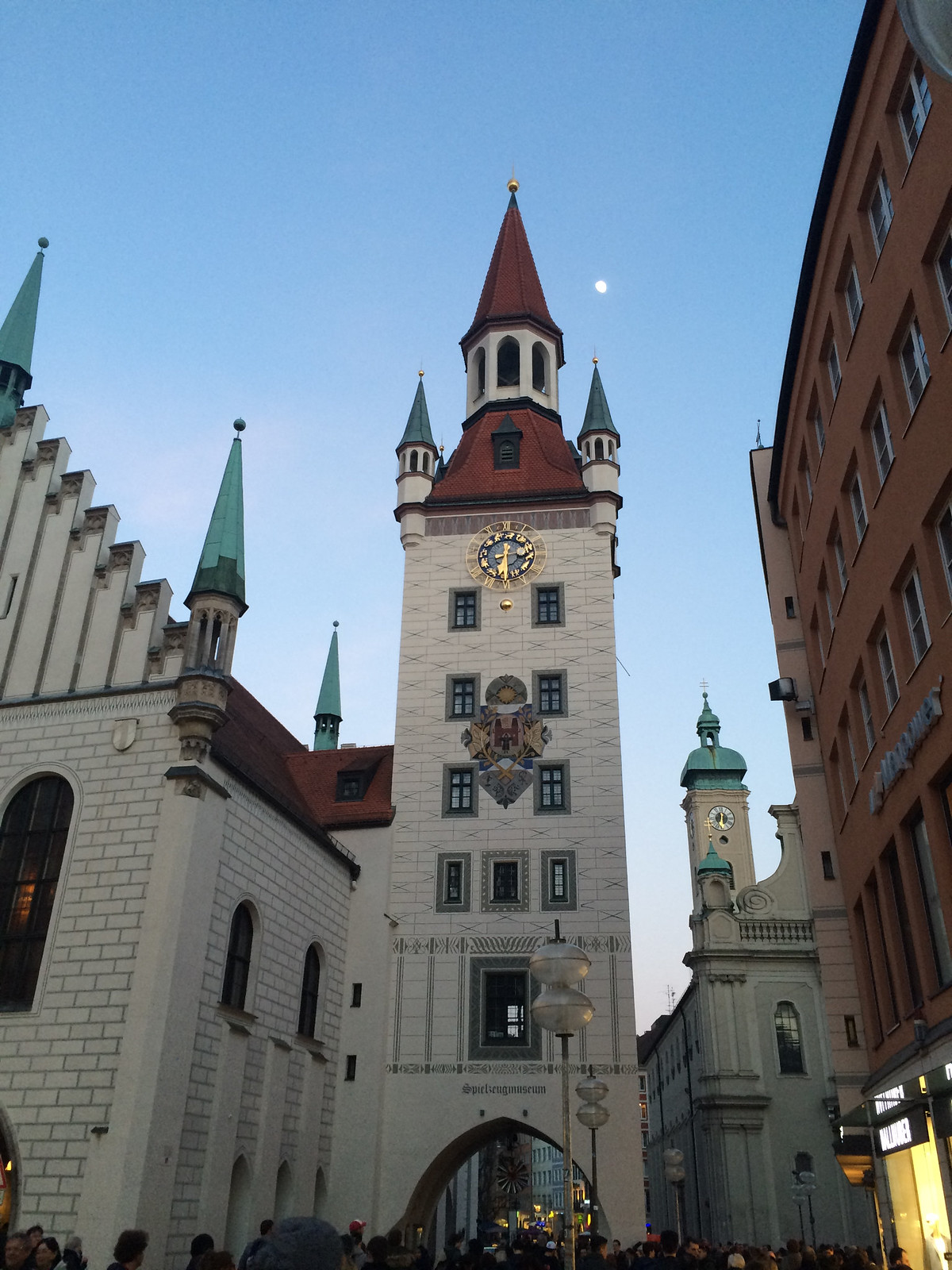 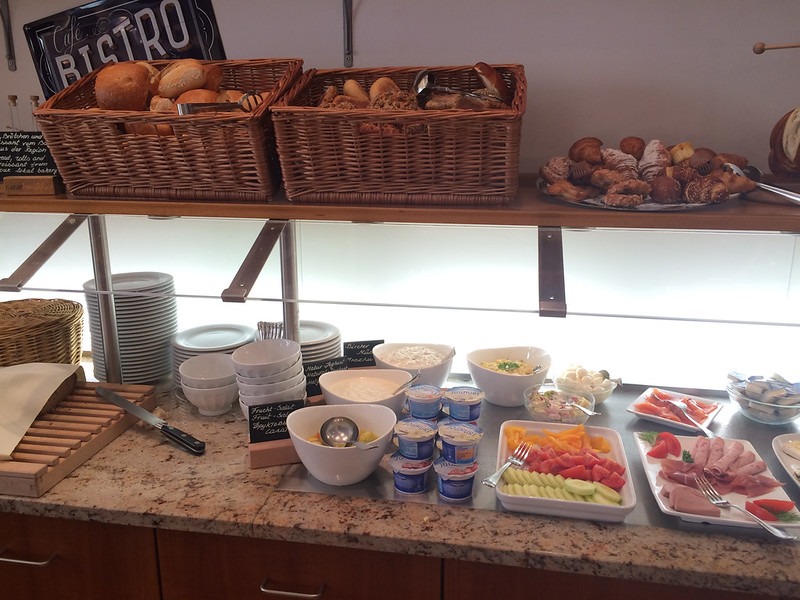 Have you been to Munich? If not, I suggest you go there sometime, if you’re traveling through Europe. It’s a lovely place to visit (although of course, if it was my choice,  I’d suggest that you go and visit Köln first. But that’s just me.)