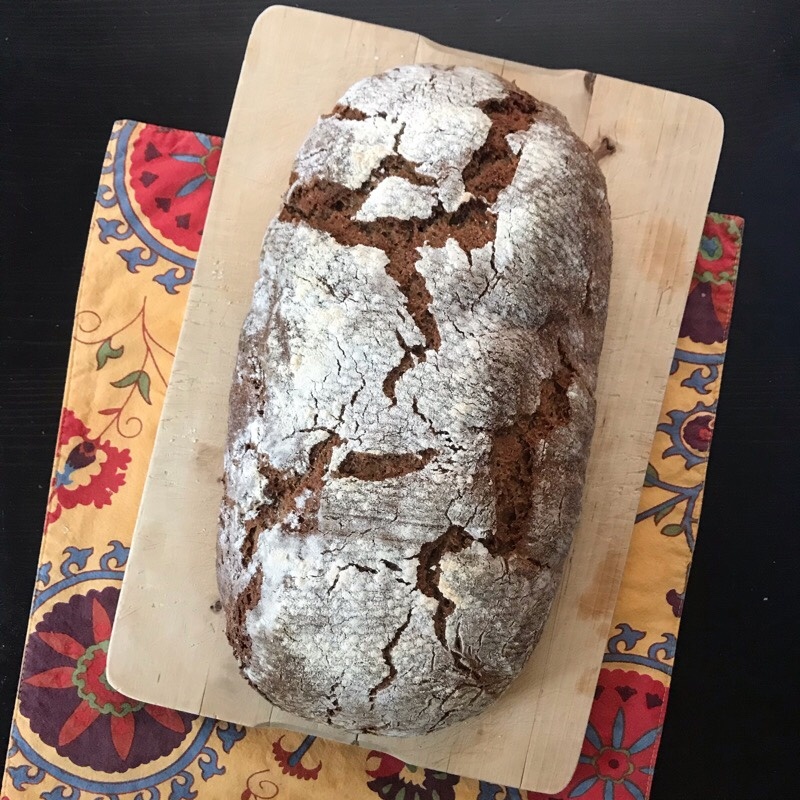 Alternative title: If you don’t bake, are you even quarantined?

If there is one thing that you can’t find on the shelves at the supermarkets, besides toilet paper and disinfectant, it’s been flour and yeast (although it seems to be getting better).

I refuse to see myself as one of these people who take up baking during a crisis. If you’ve been around, you know that I have baked frequently in the past (and, as a proper German, have lamented the fact that it’s hard to find bread that meets my high standards).

However, I hadn’t baked bread in a while (ever since I did find some very good European bread at the International Market in town), but in times of the Coronavirus, everybody goes back to the roots, which means baking at home. Apparently. Me included.

I reconnected with an old friend at the beginning of the pandemic (don’t ask me why it took a pandemic to reconnect, but I am glad that we did!) and she offered to send me some of her sourdough starter. I’ve dabbled with making my own sourdough starter in the past, but always failed – for one reason or another – to keep it alive. When she offered to send me some of her mature starter, obviously, I couldn’t say no (in fact, I pretty much yelled “hell yes, please”).

Believe what you want, but sourdough starter does make a huge difference in the quality of your bread. Any good – and might I add, healthy – bread only requires three things: water, flour and salt. I think this is why so many people have resorted to baking during quarantine. They think, oh, if I buy some flour, I can always bake from scratch. (Basic survival instincts, right?) Three ingredients, that’s it. You don’t need anything more to bake bread.

I understand that patience might be harder to come by these days, but I promise, it’s worth it.

Cultivating and maintaining a sourdough starter requires some commitment, I won’t lie to you, but seeing the results of what you can create is so incredibly rewarding.

So what is sourdough?

Let’s briefly talk about terminology, because it can be a bit confusing. Sourdough is often used as a generic term for many different parts in the “sourdough process”. Let’s distinguish between sourdough starter, sourdough, and sourdough bread, but keep it simple.

The sourdough starter is a preferment, a fermented mixture of flour and water, containing a colony of microorganisms including wild yeast and lactic acid bacteria.The starter is what you’ve probably seen many times on Instagram these days, a relatively small amount of bubbly dough in a mason jar or other glass jar. It’s the “food pet” that you have to feed (refresh) and maintain (potentially forever and ever). 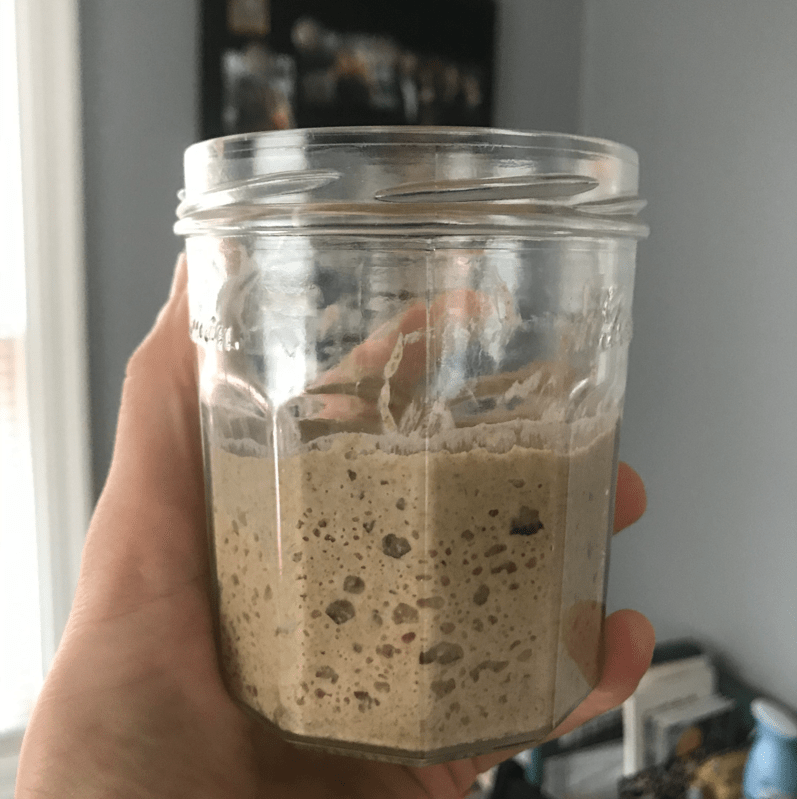 Whole grain rye flour works best for your starter (see above). Rye is extremely reactive to sourdough fermentation. It ferments much faster, and brings in a wider variety of yeasts than other flours, but organic whole wheat flour works well too, and you can even switch over a starter from rye to wheat and vice versa. The longer you maintain your starter with regular feedings, the more stable and resilient it will become.

Sourdough is the actual prepared bread dough that was created with a part of the sourdough starter (often called levain/leaven) and more water and flour, the dough that we knead, proof, and then put in the oven to bake.

Sourdough bread is any bread made from just water, salt, and flour, although most people think of the San Francisco Sourdough, which is particularly famous for its very sour flavor, when they talk about sourdough bread. Its sourness is due to a particular strain of lactic acid bacteria (called Lactobacillus sanfranciscensis), and while this bacteria has now been discovered all around the world, sour-tasting sourdough bread is closely associated with San Francisco. I had not had such sour-tasting bread before coming to California and it’s a bit of an acquired taste.

Also, I’ve gotten the impression that many people – especially here in the US – think of sourdough bread as wheat-based, lighter breads (think, sourdough boules and baguettes). Let me ask you, would you think of sourdough bread when you look at the picture at the beginning of this post (which is over 90% rye-based)? Probably not. But I’d argue that the majority of breads baked with sourdough starter are not solely wheat-based and do not taste sour, but instead are made with a variety of flours and have complex aroma and flavor, and a finer crumb.

Most German breads are made with sourdough starter, especially the darker rye breads and a variety of mixed flour breads, as rye alone does not contain enough gluten to use yeast as a leavening agent. The lactic acid bacteria in the flour produce two types of acids during the fermentation: lactic acid and acetic acid. Depending on the fermentation process, you can make your bread more or less sour by encouraging the acetic acids to dominate over the lactic acids, and vice versa. Acetic acids typically thrive during a cooler fermentation and make the bread more sour. Lactic acids like warmer temperatures and shorter proofing times and result in milder flavor.

You guys already knew I am a nerd, so I am extremely fascinated by the scientific process.

Besides the fact that sourdough baking is a very old, natural baking process, sourdough-based breads have a few advantages over breads that were baked with commercial yeast.

The naturally occurring acids and long fermentation process of sourdough help to break down the proteins and gluten, making it more nutritious, digestible, and easy for the body to absorb. Sourdough bread has a relatively low glycemic index compared with other types of bread (which makes it less likely to spike your blood sugar levels) and it doesn’t go stale as quickly.

Are you curious to bake with sourdough? Do you have a starter on your counter already? If you don’t know where to start, I’ve enjoyed and learned a lot from The Perfect Loaf.

If you have any more questions, please put them in the comments. I am not claiming to be an expert, but will try to answer your questions to the best of my knowledge.