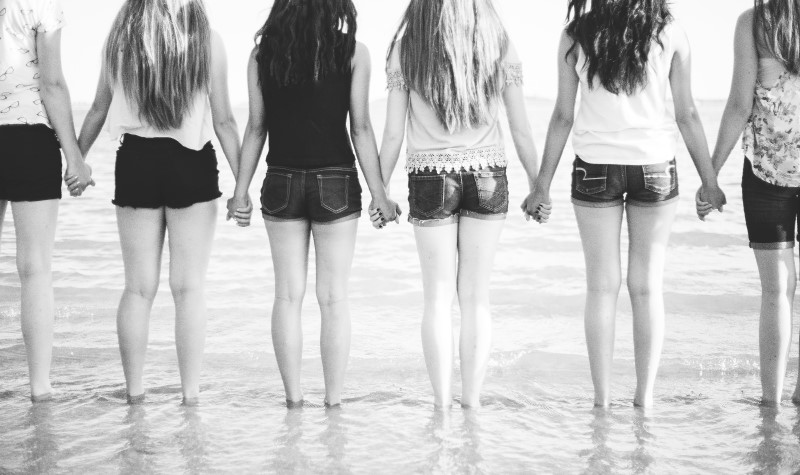 Photo by Julie Johnson on Unsplash

My blog friend Charlotte wrote an interesting blog post about cutting ties with friends the other day and it stirred something up in me that I had thought and wanted to write about before, but which I never put on (digital) paper.

To get a better base line, go read her post and then come back here. I’ll wait.

Good. So, Charlotte (in a nutshell) wrote about a friend who was basically acting passive-aggressive towards her and then demanded that they could be friends on her terms or not at all, and that’s when Charlotte decided that it might be time to cut ties, because that relationship was way too draining and emotionally stressful to invest in any further.

If you’re basically asked to do as you’re told, if someone puts demands on your time and emotional availability above all else, and claims that otherwise you’re not a good friend; that’s not friendship.

embrace friendships for what they are.

What her blog post made me think about though was the fact that friendships (can) come in many different shapes and forms and that they can only thrive if we’re willing to embrace them for what they are.

There are different levels of friendship and, in my book, they’re are all worthwhile. In fact, I think they are integral to our wellbeing.

You know how they say that you partner can meet many, but not ALL your needs? I think that is true in friendships too.

I think problems arise only if one person sees the relationship differently or would like the relationship to be more than the other person. It’s hard to accept when you realize that you’re not completely on the same page on how you want your friendship to operate.

The question is: can you accept the friendship for what it is or are you willing to destroy it by demanding more? Because pressuring someone, in my experience, has never done any good, when you’re actually hoping to be closer to someone. It happens naturally or it doesn’t.

I have been on the receiving end of friendships being cut short because I think I was hoping for more than the other person was willing – or able – to give. That happens, even on the most basic, beginner levels of friendship. And that’s ok. You move on. Hopefully, there are other people to step into that void that want the same from their relationship with you as you want from them. Sometimes, it can be a delicate balance, but it can also be an opportunity to accept a relationship for what it is and still find value in it.

In Charlotte’s case, texting and lunch was not enough for the other person. I have plenty of friends that I have lunch with and occasionally text with and I am perfectly happy with the relationship as is (and I’d like to believe that they’re too). And to be honest, isn’t that what (many) friendships are in adulthood? Keeping taps on each other’s lives via text/social media and the occasional lunch or dinner? We are all stretched thin with our time and the demands that are put on us that it’s hard to keep up with everything. Who has time – and brain space – to hang out all the time?

With my moving halfway around the world, most of my friends are now scattered around the globe and our connections, while still unbreakable, are impacted by busy schedules, grown-up responsibilities, different time zones, and a gazillion miles. Sometimes, weeks pass without real conversation and my only glimpse into their lives is a post on Instagram or a WhatsApp message.

Consider yourself lucky if you have people close by that you can actually physically get together with more than once a year!

be open and accepting of life’s circumstances.

And for the friends that are close by, remember that even if you’re not super-close with someone, every friendship has value and something to offer. As mentioned above, it’s unrealistic to think that a friendship – even a close one –  will meet all of your needs, but it will meet some needs and you should always, always be thankful for the connection, no matter how big or small. It should never be taken for granted. What I find most important is to be open and accepting of life’s circumstances. Don’t let the door on friendship close because of one thing that rubbed you the wrong way.

I have a lot of friends that I connect with on one level, but not on another and that is totally ok.  Of course, I also have a couple of rare friends that I connect with on (almost) every level. Those are the really special friendships in your life. But, I’d dare say that is not the norm. Just because we only connect on certain levels, doesn’t mean that we can’t be friends. In fact, it possibly means that we very likely will be friends.

Obviously I cherish my close friendships most deeply (as most people do!), but I also really value the looser kind of  friendships I have kept with people over the years. Even if I only talk (or email) with someone twice a year, it means something to me.

I have friends that I’ve only known for a couple of years and some that I’ve known for 20+ years, some go back to Kindergarten and Elementary School. It’s impossible to keep up with everybody all of the time and with some, there were years where we didn’t really communicate much at all, but what all these friendships have in common is that neither side ever assumed that the friendship was over just because we didn’t talk for a while, and that both sides were willing to pick up where we left off when the tides of life changed in our favor again.

Yes, sometimes friendship demands patience. Yes, sometimes it demands accepting that we’re not always getting what we want (I wish I would communicate more often with some of my friends than is currently the case), but if we can accept the moment that we’re in, not make assumptions on the status of our friendships based on how often we talk or see each other, but trust in the bond that we have and be open for anything the other person is willing and able to give at any given moment, then our hearts should be full and happy.