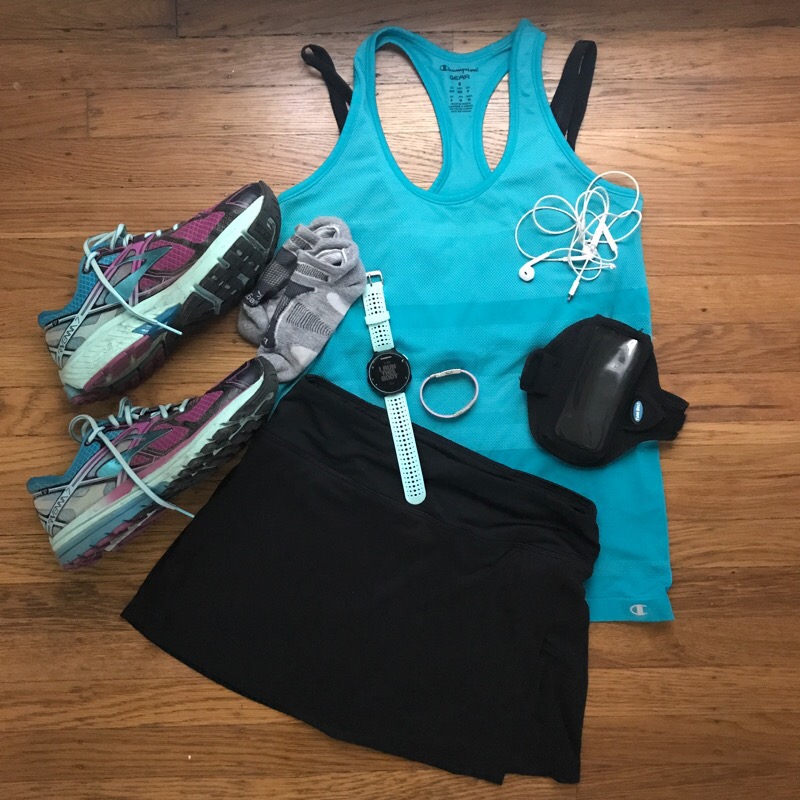 The weekend before last, I participated in the annual Davis Pride Run for Equality 10k again. If you recall, I ran this small local race last year for the first time and it’s the 3rd time they’re putting it on.This time, my dear friend (and running buddy!) Susi signed up as well.

We met at 8 a.m. at the registration table, used the rest rooms and warmed up a bit. It was already quite warm. 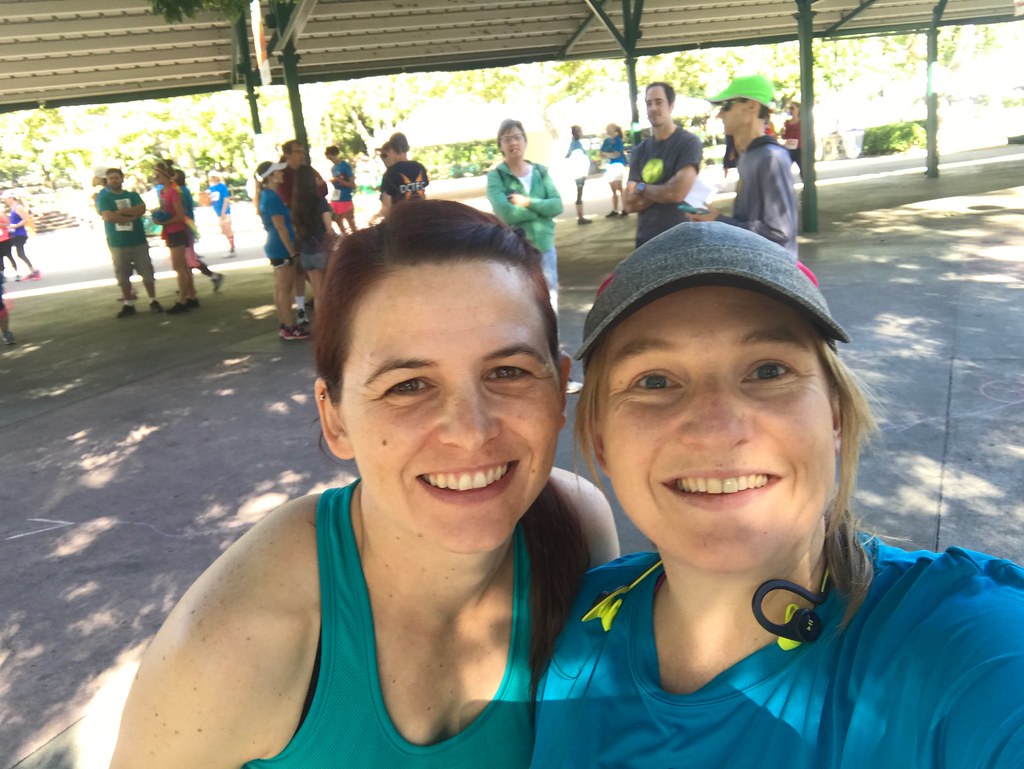 The race was pretty small with just about 200 participants. 146 ran the 5k, 50+ ran the 10k race. Still, it’s a nice race for a good cause and I was happy to participate.

The run started at 9:10 a.m. and it was all pretty casual. I wanted to run a good time, but since I ran this race as part of my half marathon training, I didn’t worry too much about pace and just tried to run by effort. The course was a mostly flat, easy path through parks and neighborhoods. 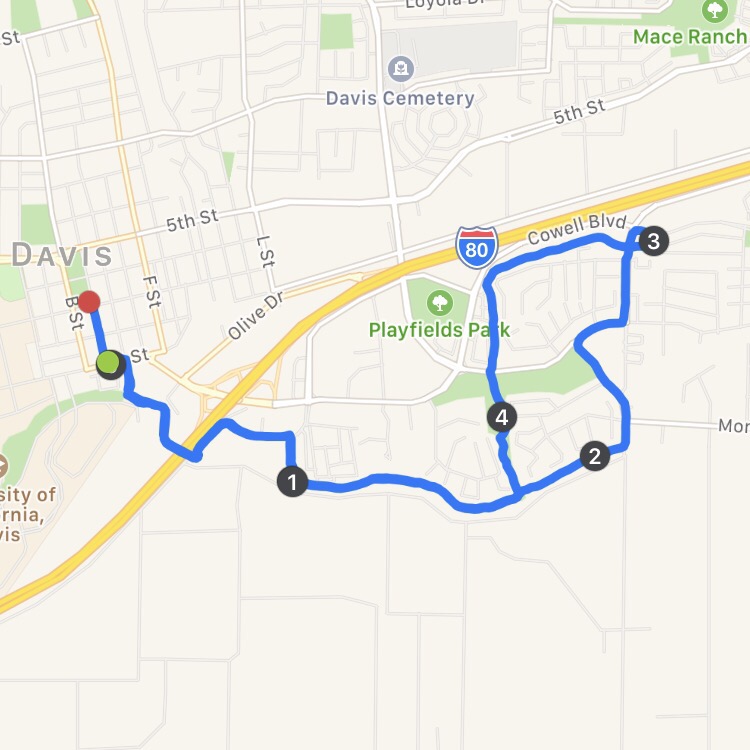 I made it back in what my watch told me to be well under one hour, but I wasn’t sure what my actual time was going to be as race tracking was a bit weird (they made the 10k runners start from about two blocks of where the 5k runners started and there was no separate time tracking pad, so I am not sure how they figured the time). I had to wait for the official results. 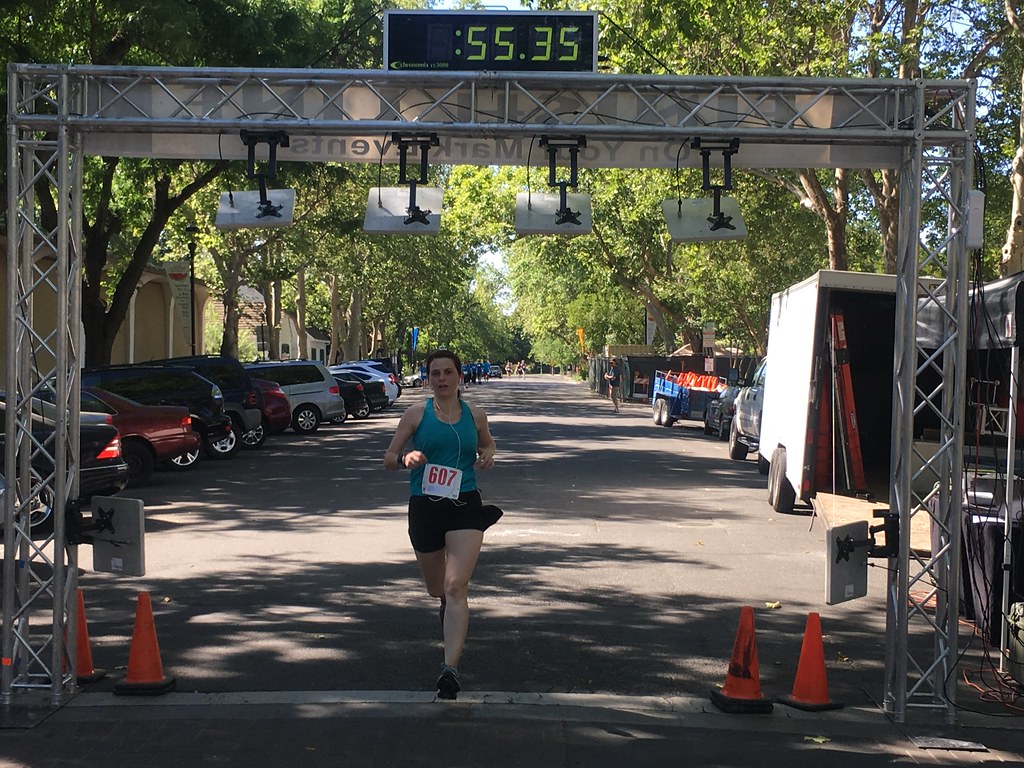 I got some water and then waited for Susi at the finish line. I was super-proud of her for running the race with me, as she said she hadn’t really been running lately and definitely hadn’t trained for the distance. She still ran the race and didn’t come in last! Sometimes it’s all about participating ( ← her own, very true!, words).

At 10:45 a.m. the Pride Festival started and the winners in each division (1st, 2nd and 3rd male and female in each the 5k and 10k race) were announced. We had just settled down with water and some fruit on the lawn to hang out for a bit.

Imagine my surprise, when I heard my name, all of a sudden. Now you won’t believe this, but I won 1st place in the female division of the 10k. Whaaaatttt?!

Last year, there was this super-speedy 13-year old that snagged 1st place with a time of 44+ minutes, so I had no delusions about placing, let alone winning the race this time around. Turns out though, the speedy people decided to stay home that day which gave someone like me a chance of coming in first at 54:19 (official PR, baby!).

Granted, there were only a small number of participants (and only 22 other women ran the 10k), but still. I felt stoked! I beat my time from last year by over 4 minutes, so I’ve definitely worked my butt off over the last few months and it paid off. 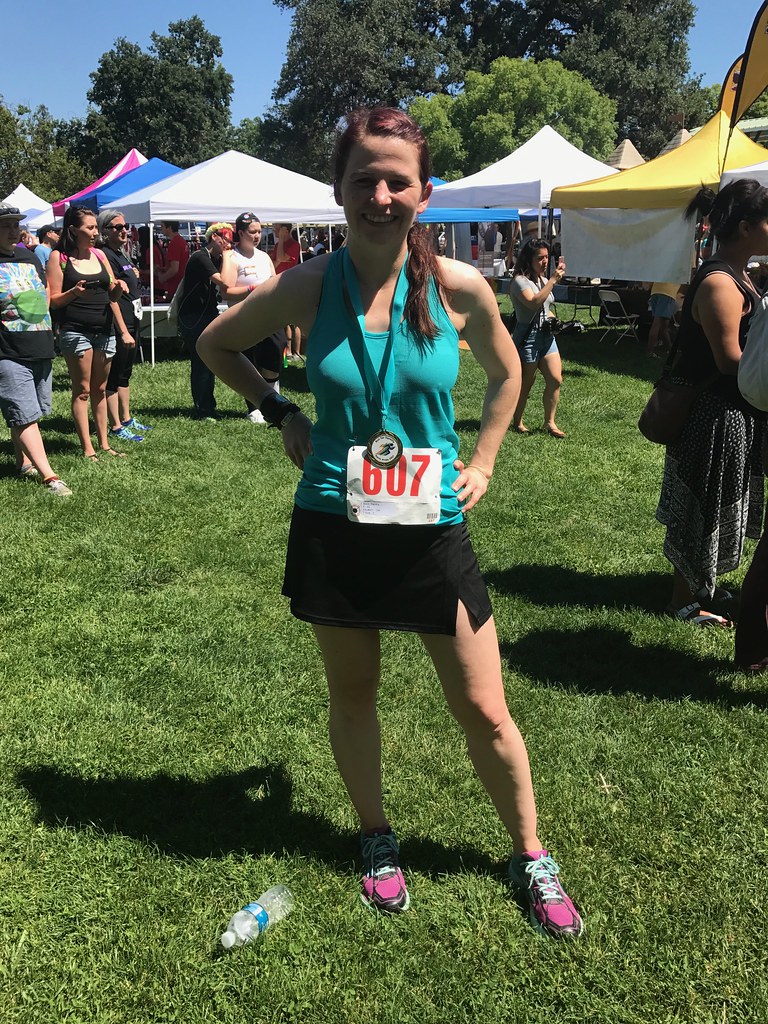 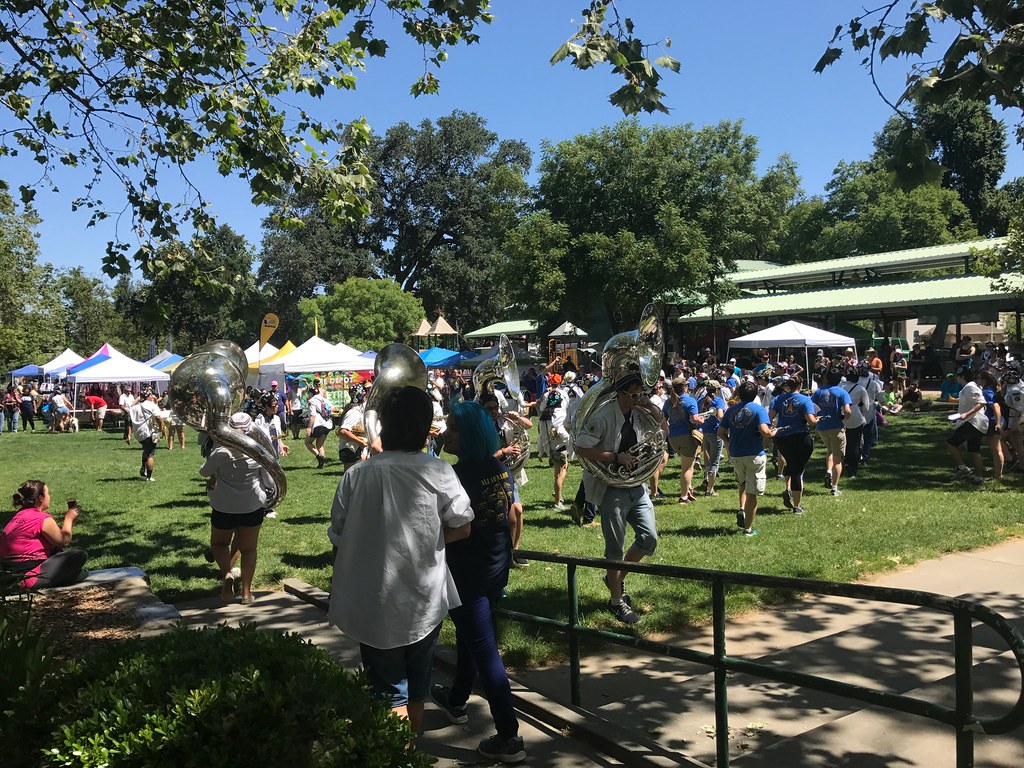 I got a fancy medal and then we enjoyed the festival and performance of the marching band for a little bit, before heading over to Crepeville to get some well-deserved brunch. I had an apple crepe and orange juice for my post-race meal (and devoured it before I could take a picture. Naturally.).

Moral of the story: do the work, run small races and you might actually get the chance to win a race and live to brag about it.

Linking up with Erika, Patty and Marcia  for Tuesdays on the Run again. 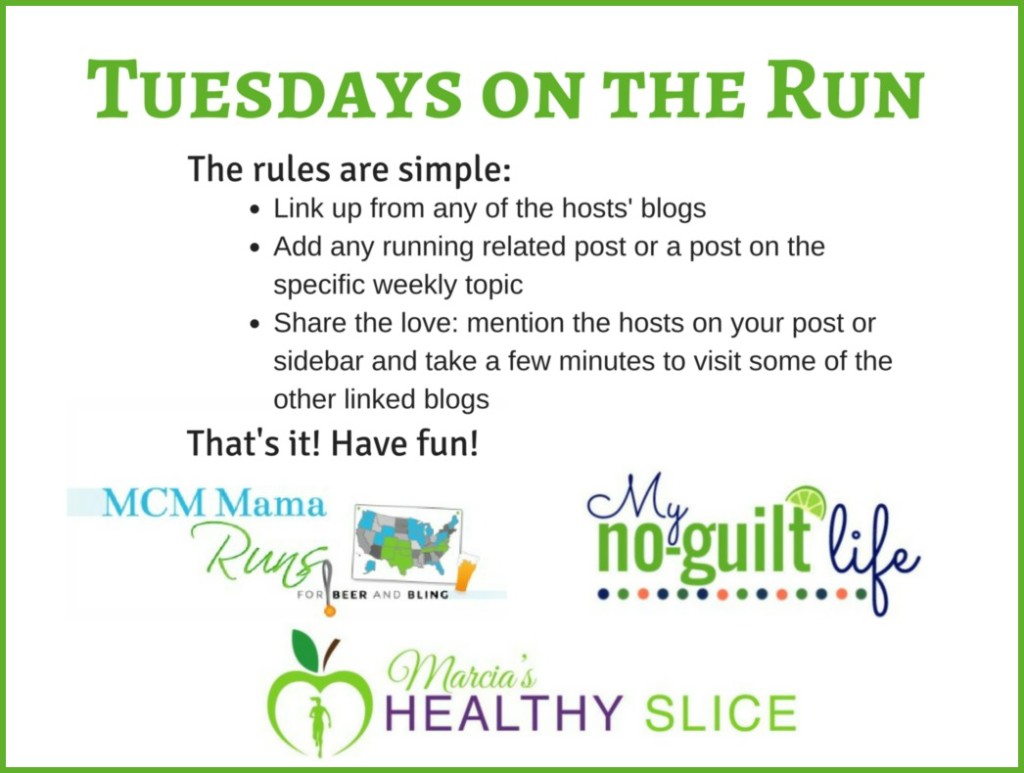