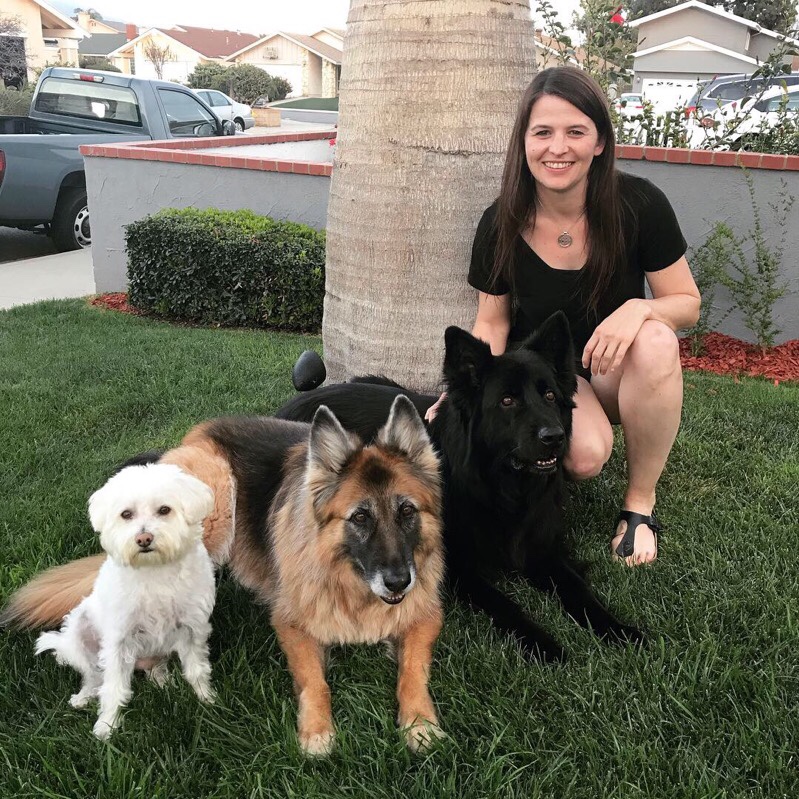 Last week, I visited my #fromURLtoIRL friend Tanja in Southern California and I had such a fantastic time!

Tanja, like me, is a German (dual) citizen and we’ve “immigrated” around the same time (2006/2007), however, I got my green card through marriage (as you know), but Tanja (and her husband Herbert) won the green card lottery!
We’ve been reading each others blogs for ages and finally did meet up for the first time in 2016. (Now I wonder, what tooks us so long?) We actually lived quite close to each other (she in Irvine, I in Westwood) for a while, but that was before we “knew” each other. What a huge bummer, because now I would give anything to live closer again.

Anyway, we met up once in 2016 when I was down in SoCal meeting up with another friend and then we met again in 2017, when Tanja and her Mom visited San Francisco and I joined them for the day.

And then we started talking about meeting up again sometime last year, but I kept delaying it (not because I didn’t want to, but because we had stuff going on with selling the house, etc.). I felt bad and hoped that Tanja didn’t think I wasn’t interested, because I WAS! So, when we started talking about it again earlier this year, I just decided to book a flight and see her for the weekend.

I was definitely in need of some girl time (always!) and I really wanted to meet Herbert and their three (really cute) dogs, too!

I flew down to Orange County early on Saturday morning to spend two nights with them. They have a beautiful house and yard, and they were really awesome hosts. They even took me to Aldi (because we still don’t have one in Northern California, much to my dismay).

We didn’t really make any plans in advance, but Herbert and Tanja definitely showed me around a little bit. It was beautiful weather, too, so we had to spend some time at the beach. 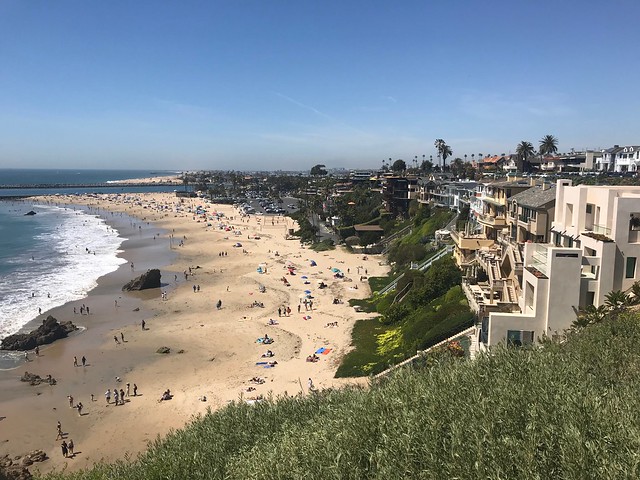 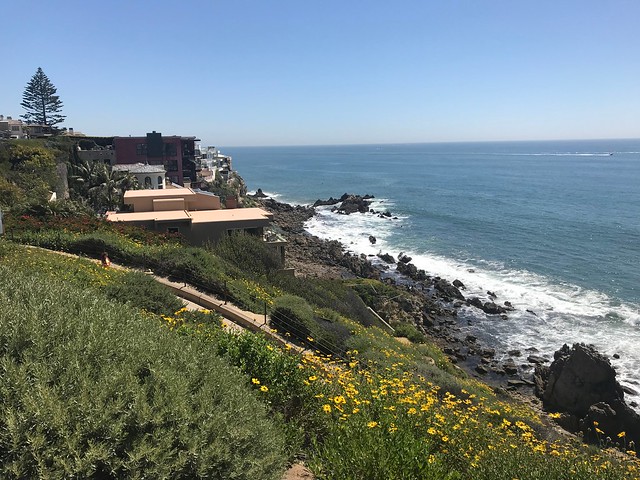 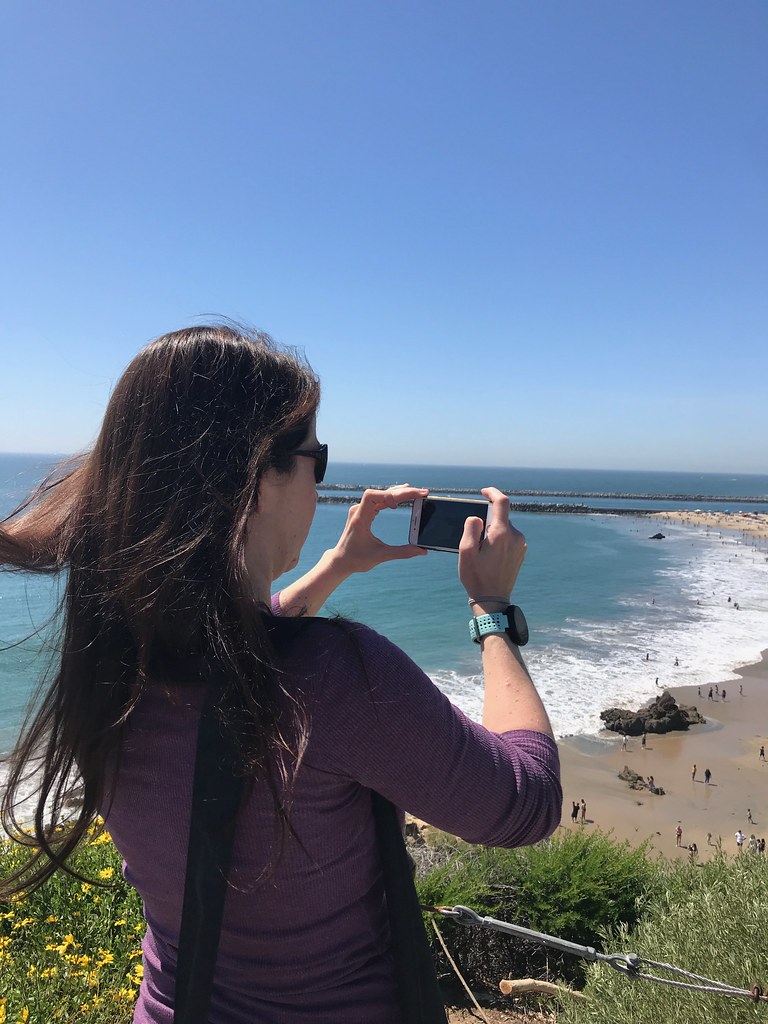 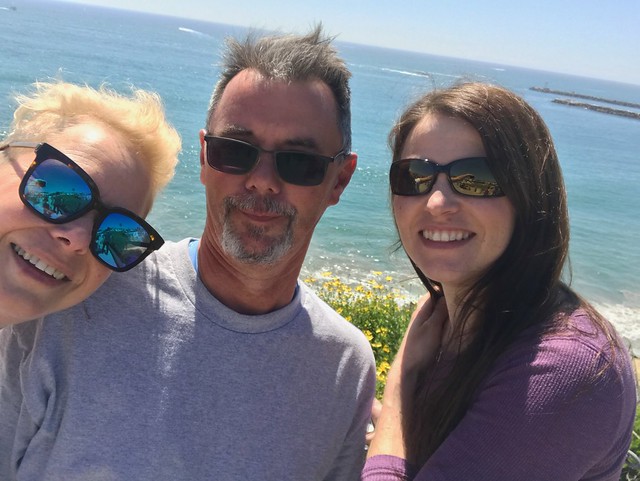 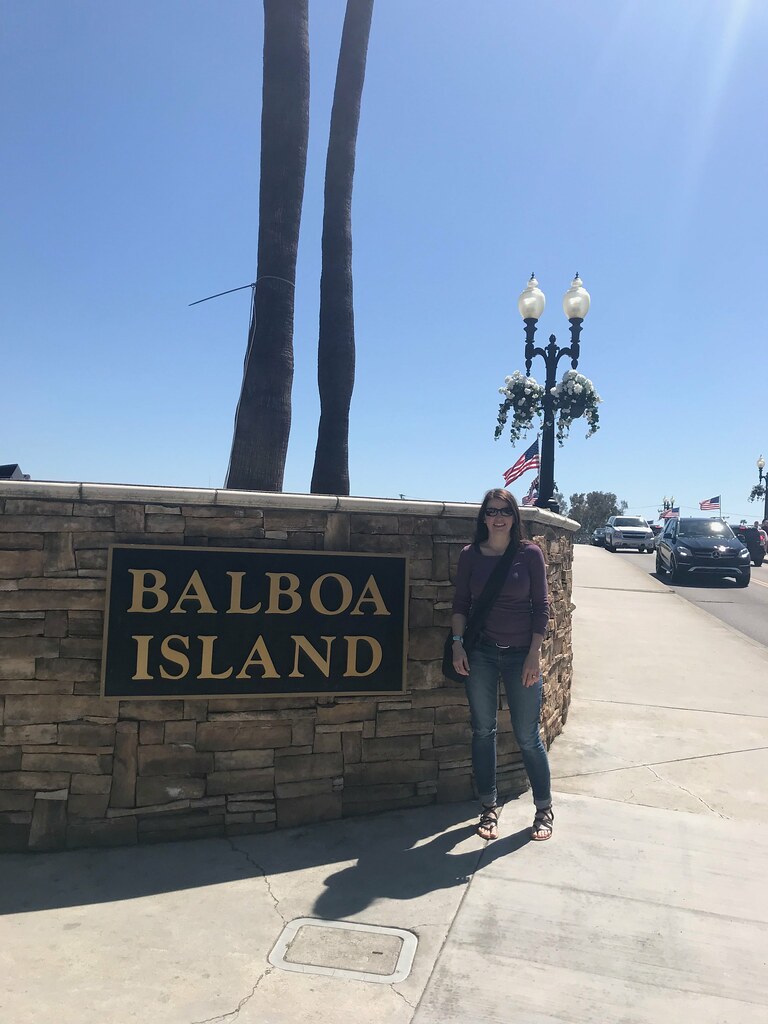 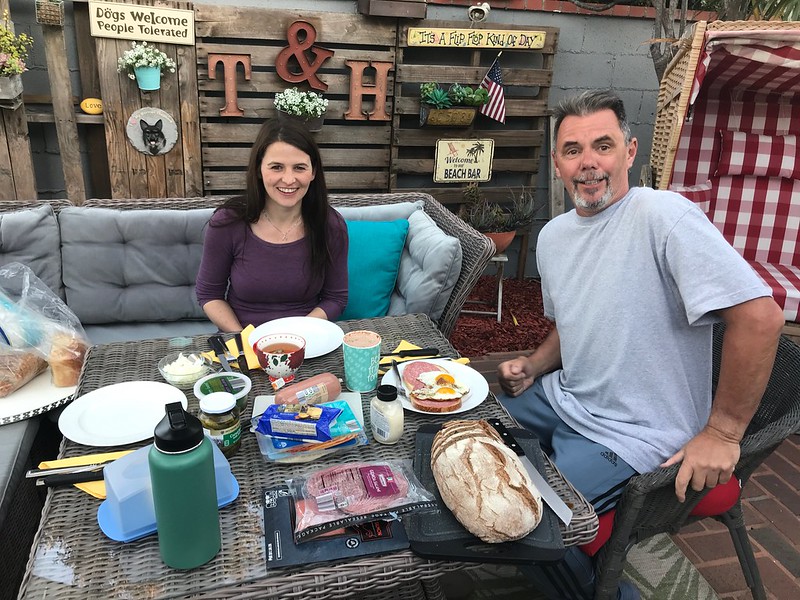 On Sunday, Tanja and I even worked out together. Tanja is one of my fitness buddies and I told her that I would love to join her for a class at her cycling studio when I come visit. No sooner said than done. She signed us up for the Sunday morning class and then I got my ass handed to me, because damn, cycling uses very different muscle groups than running. I was so sore. BUT, I also had a lot of fun. I definitely want to consider incorporating more cycling into my cross-training. I might (or might not) have checked out the cycling classes at my gym already. 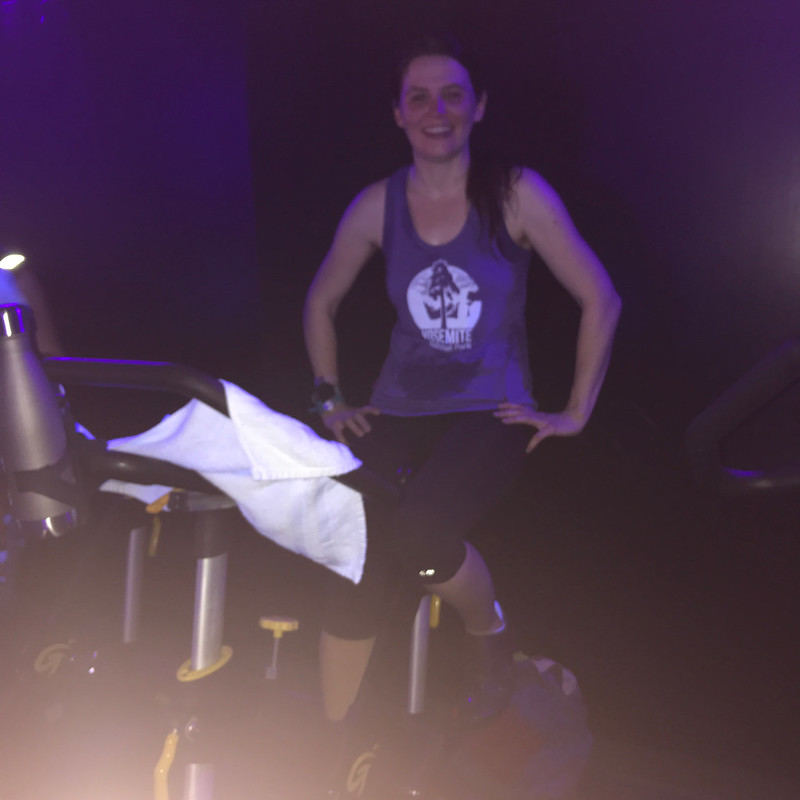 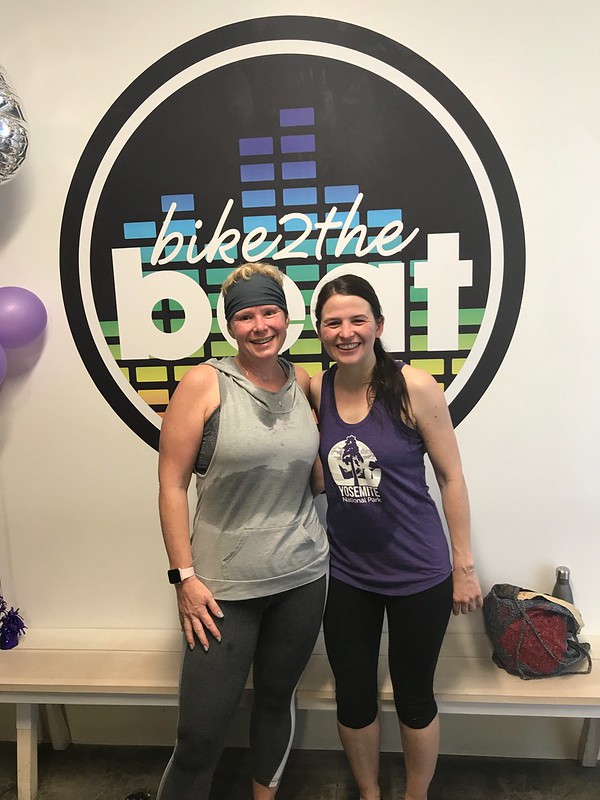 After a shower and brunch, we played a game of (supersize) Jenga in the backyard. I didn’t know that this game was going to make you laugh so hard your tummy hurts.

Monday morning, we went on a walk with Herbert’s Social Dog Walking Group (Herbert is a professional dog trainer/walker) and that was so cool. See for yourself. I even got to walk one (and a half) of the dogs. 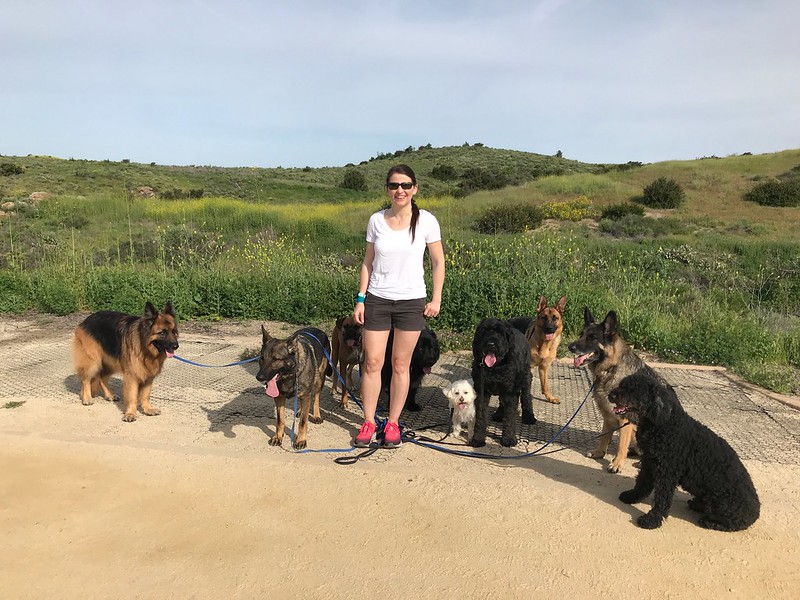 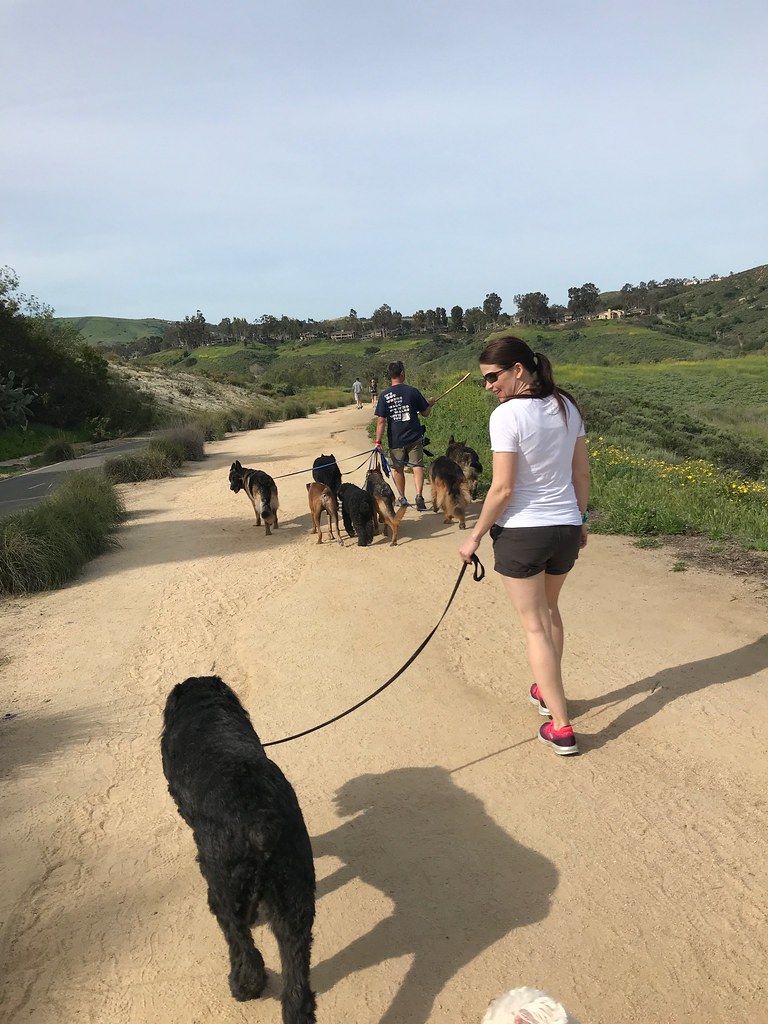 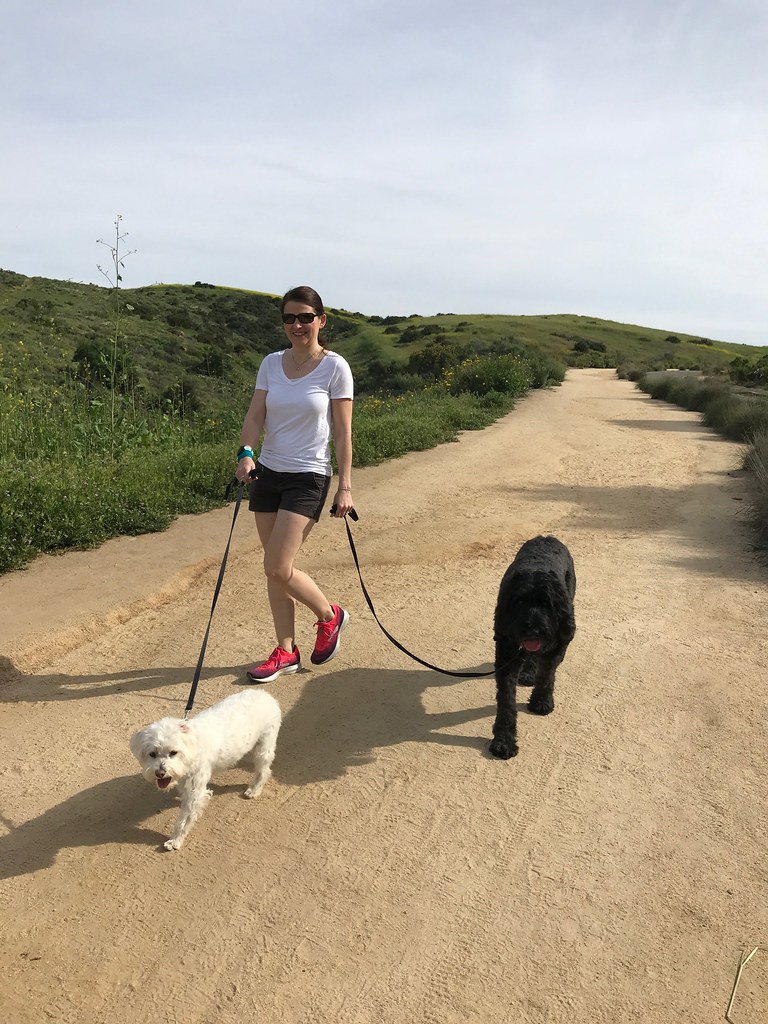 Then Tanja and I drove to Laguna Beach to hang out at the ocean for a little while. It was so awesome how comfortable we felt around each other and that we never ran out of things to talk about. 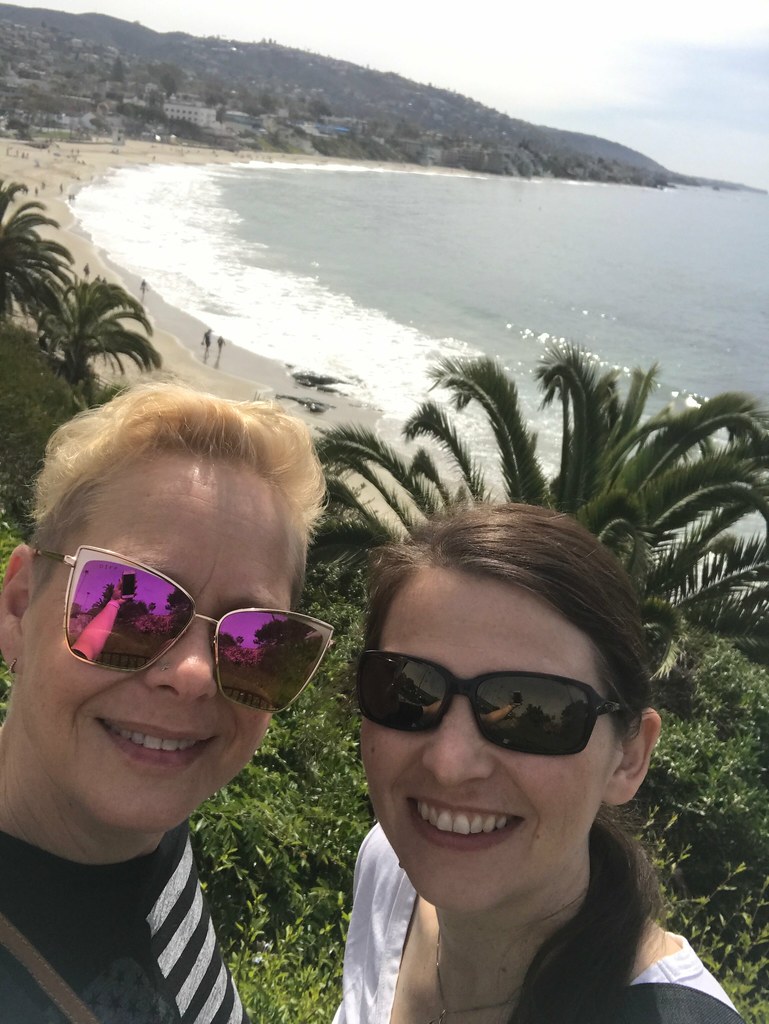 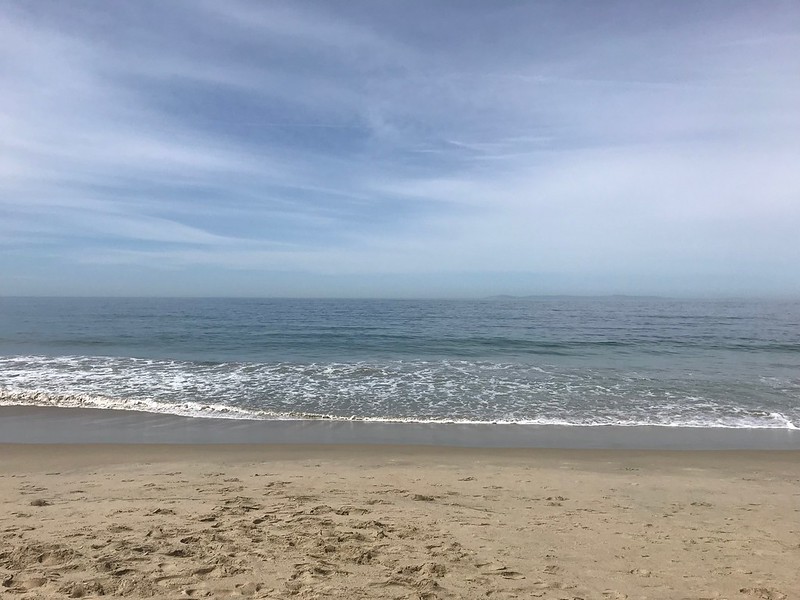 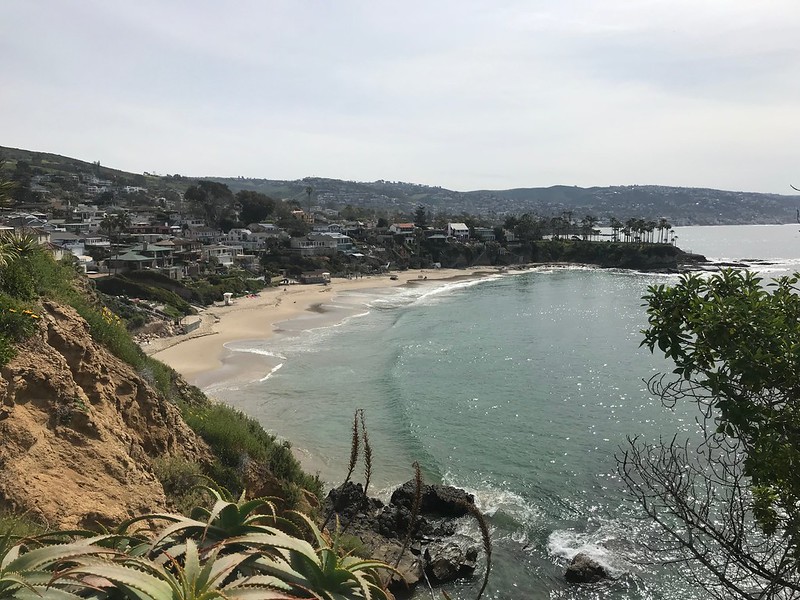 What can I say? The weekend flew by way too fast and we got along in person so well that I wish I could have stayed longer.

We’ll definitely have to do that again soon!