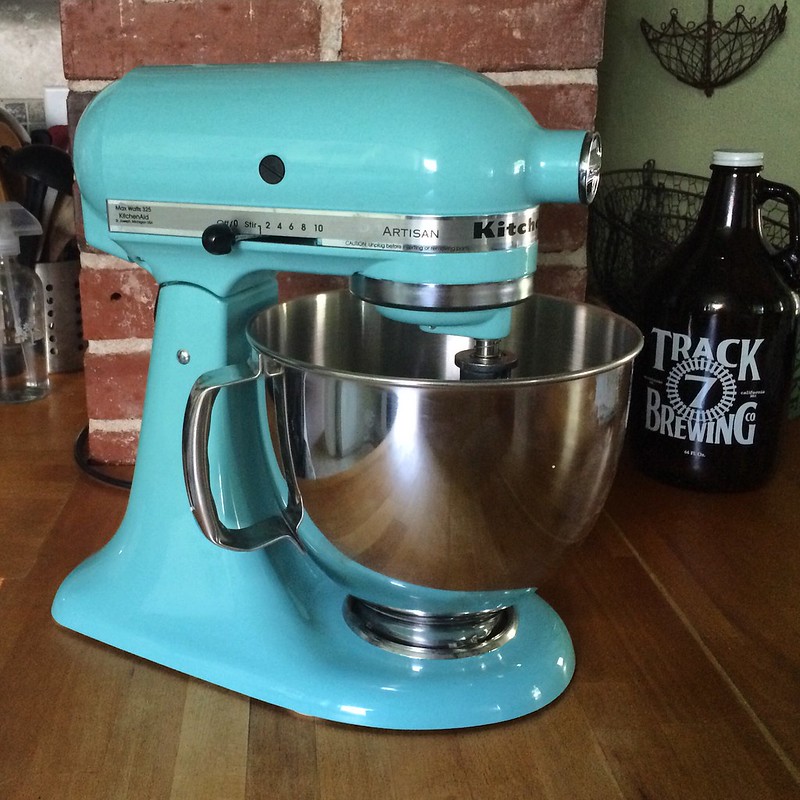 You guys, I don’t know for how long I have been talking about my desire to own a KitchenAid mixer. It’s been on my (Christmas) wishlist for at least 2-3 years. We never had counter-space in our old apartment for it and it’s not exactly a cheap purchase, so it’s not something I would have bought on a whim, but I promised myself that as soon as we moved to a bigger place (with a bigger kitchen), I’d look into getting one, especially since I’ve been baking (bread and other things) pretty consistently for a while now.

Well, I am living in a bigger place with more counter space in the kitchen now. Also, I am an adult and I can make such decision (come on, it has to be good for something!)

Then, my birthday came around and I told some people (who asked what I wished for for my birthday) that I was saving up for a KitchenAid mixer and they were more than happy to pitch in.

So, I’ve been looking for a good deal on the Artisan 5quart mixer for the last few weeks (because I know that you don’t have to pay full retail price for it, if you keep your eyes open), although it’s been pretty hard to stay away from the “buy now” button. But I think my patience has paid off and I scored a pretty good deal last week. 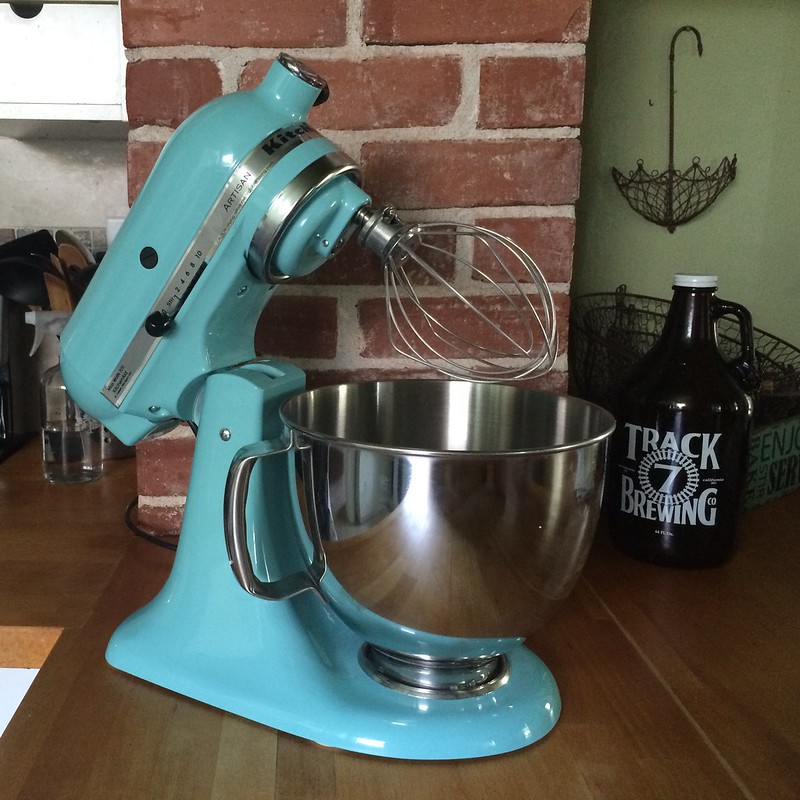 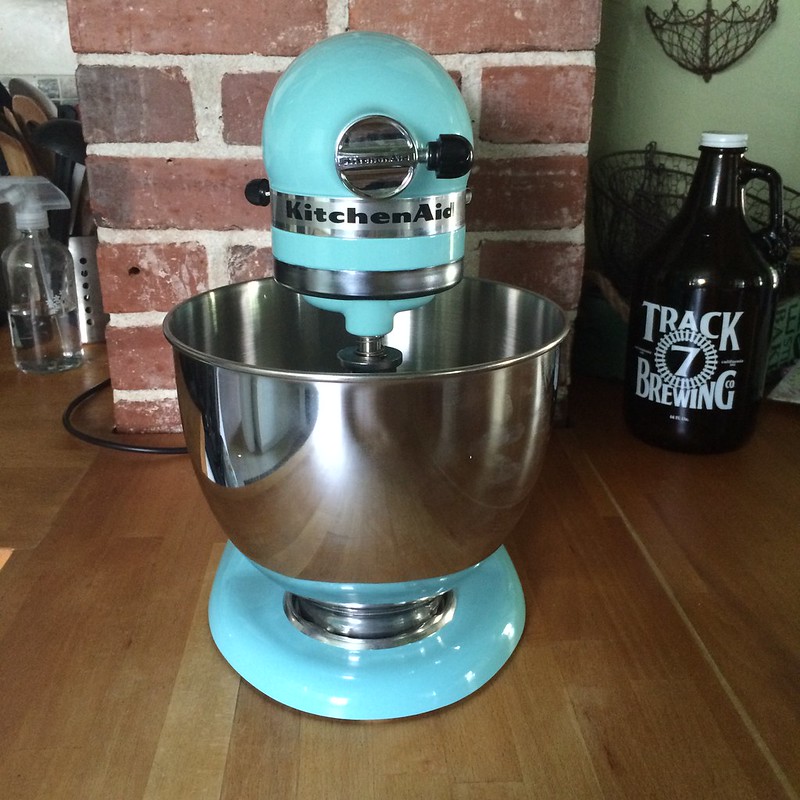 After coupon code, rebate, and cash back the KitchenAid Mixer – which usually sells for $350+tax – came out to $160+tax.* I think that’s a pretty good bargain. A bargain, that not even “deal squad”(a website that helps you find the best deals on the Internet) couldn’t beat. (Maybe I should start working for them. Just an idea.)

I really wanted the one with the glass bowl, but it was $50 more and I figured that I can purchase a glass bowl separately (with another rebate + the earned Kohls Cash) later.

It’s so much fun to watch it work! I used to have a flimsy plastic version of this and it just wasn’t sturdy enough to deal with the dense and heavy bread dough. The appliance would skip about the countertop, if I didn’t keep a steady hand on it. Now, I can mix ingredients with both hands free. No need to hold on to the appliance or (try to) move the hand-mixer myself and it’s really glorious!

Sure, it was a splurge, but one for which I had waited for quite some time and that I know will make me so happy in the long run!

Have you splurged on a kitchen gadget before? It’s amazing what we get excited about as grown-ups, am I right?