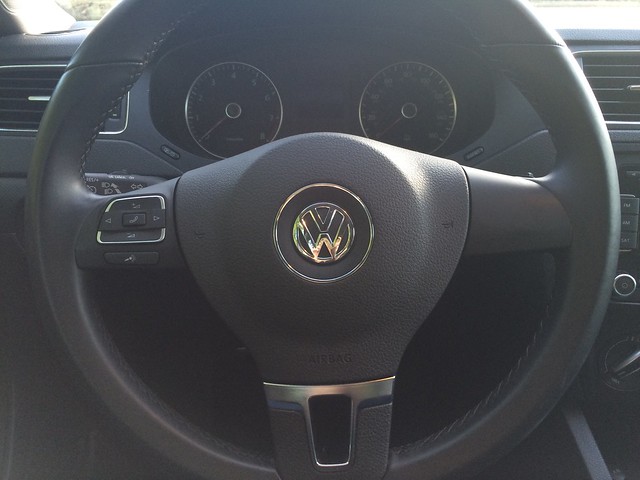 So, we did something crazy last week. We got a new (to us) car. Ok, it’s not really that crazy, but it felt crazy to me (and I hope some of you might understand the feeling). Let me just say upfront: I am not a car person. I don’t know much about cars, I don’t care much about cars, and as long as they safely get me to where I need to go, I’m pretty happy. And I promise, I am the last person who would go on and on about their car, but I am – surprisingly and kind of unexpectedly – more excited about it than I thought I would be.

The last (and only) time I bought a car was in College and back then I shared the car with my sister (both financially and physically). It was a small car, too, so while it felt like a big purchase at the time, it didn’t really feel like a big, grown-up purchase. This time, it felt different.

I know it’s ridiculous. People get cars all the time, I mean especially in this country, what’s the big deal? I tell you what the big deal is: having driven a (now) 17 year-old car for the last decade that was graciously handed down from my in-laws, but which has long-since started falling apart at the seams and trading it in for an (almost) brand-new car is a huge deal (at least to me).

I mean, it was necessary. No, really. The exterior and interior were deteriorating (although J and I both really didn’t care that much about the looks, as we did about the fact that it got us from A to B) and we’ve started to see more problems pop up over time. You know, if you drive on the freeway and keep hoping that you’re not going to break down right then and there, that is some scary shit. We couldn’t really take the car on long trips anymore anyway. Oh, and did I mention that the A/C stopped functioning about two summers ago? Yeah, you don’t really want to be without A/C during the Central Valley summers. Just sayin’.

So we decided last week that it was time. Time to say our goodbyes to our good old (mostly reliable) Saturn and time to look for a new (well, new to us anyway, pre-owned) car. We had been talking about it for a while, but had kept our hopes up that we could wait just a little bit longer. We probably could have still waited a few more weeks or even months. Who knows? We honestly did try hard to squeeze the last little bit of life out of this car, but we also really didn’t want to tease our luck and wait until the car fails on us while we’re in it.

We once broke down with a flat tire on the freeway and let’s just say that I don’t recommend it and that it doesn’t remotely come close to anything I would consider ‘fun’.

So, long story short, we decided to get … *drumroll* … a black Volkswagen Jetta. You know, Das Auto – with me being German and all. 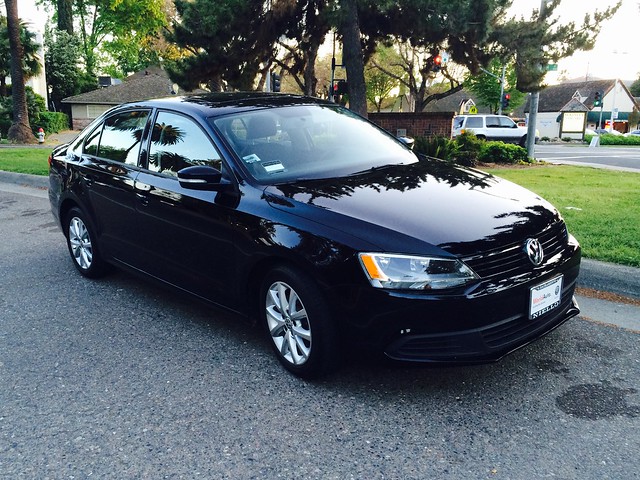 I am so excited. I’ve never owned a fancy car like that. I actually feel like I am driving around in a rental right now. Hasn’t sunk in yet that we get to keep this one.

You know what’s funny though? My biggest worry now is that something might happen to the car while it’s parked in the back alley or at work. I never worried about this stuff with our beat-up 17 year-old Saturn. Go figure!