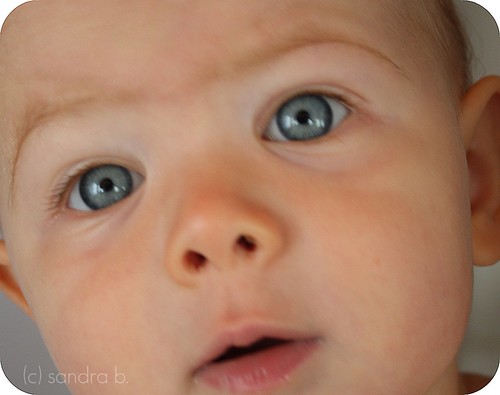 {Warning: This blog post contains a lot of talk about babies, dirty diapers and swooning. Just be prepared.}

My niece is just the cutest 15-month-old you can ever imagine. You probably think I am biased (and maybe you’re right, whatevs!), but Greta could steal anyone’s heart in a heartbeat. I mean, just look at her!

She’s smart and funny and she definitely knows what she wants. If she wants “Kuku” (B*ko – a German brand for cream cheese) on her breakfast roll, she wants “Kuku” and won’t have anything else.
She’s quite determined. I love how clever and quick she is for her age.
My sister tells me that within a week after I left, she had learned so many new words already. You got to be careful what you say, because she definitely understands pretty much everything that you’re saying by now. Children’s brains amaze me. They soak every bit of information up like a sponge.

Since my sister was about to have her second baby, I tried to convince her that it would be a really good idea if Greta would come and stay with me for the next two months, what with all the busyness surrounding the arrival of the new baby.
I promised I would return her in one piece in May, but Nina wanted to hear none of it. Odd, don’t you think?

I haven’t really had the baby fever yet, but being around my niece is definitely “dangerous” territory. It’s exhilarating and exhausting at the same time (I have no idea how Nina will manage with two toddlers), but it’s also the most rewarding experience anyone could have.

Living away from your family does suck on a regular basis, but if children are part of the equation, it makes things so much harder. 6 months seem to fly by for each of us like nothing, but 6 months in the life of a child include huge milestones of development.
Last time I saw Greta, she could barely walk a step on her own, this time she was able to run towards me and (away again) in seconds. It’s so amazing to see how much they learn in such short periods of time.

I wish I could have recorded (or taken pictures) of all her cute little idiosyncrasies… she would grab on to my hair on either side of my face and pull it over her head as if she was trying to hide underneath it and then she would look at me with those big, surprised eyes and say “Huuuuuh” as if she completely scared herself.

She would also state in all ways possible if she was opposed to something… she’d non-stop exclaim “nein”, “nee”, “nö” (all German variations of the word “no”) in rapid succession to get her point across. (Ok, Greta, we got it – you didn’t want that. :))

The best part was when my sister would change her diapers and Greta would pick up the dirty diaper, take a sniff, wrinkle her nose and exclaim “Baaaahhh”, before taking it to the trash can in the bathroom and place it in there, uttering “Müll” (garbage). Heheh.

She totally cracked me up.