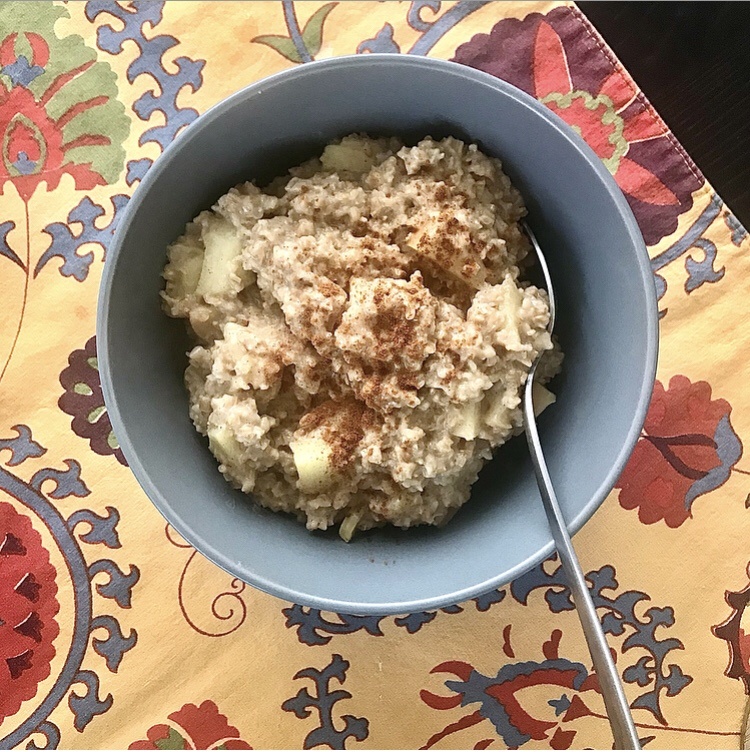 It’s that time of the year again where a warm and soothing breakfast makes all the difference in the dark and early morning hours. People generally love or hate oatmeal, I personally think it all comes down to the way you prepare it.

I swear by steel-cut oats over old-fashioned oats. They don’t get as soggy and keep a little bit of extra texture. They also have a bit of a nuttier flavor, which I like. Steel-cut oats are also said to be a little bit more nutritious than the rolled variety because they contain a little bit more fiber and are slightly lower on the glycemic index. I don’t think the difference is significant though, so use whichever ones you personally prefer.

⅓ cup of steel-cut oats (I use the quick-cooking kind from Trader Joe’s. They cook in 8 minutes and cut the cooking time in less than half!)
¾ cup liquid of choice (I prefer soy milk these days, but water or milk or other milk alternatives work as well).
1 apple (chopped) (or ½ cup blueberries or raspberries are good too!)
1 tsp sweetener of choice (I use maple syrup or honey, but you can also use brown sugar, coconut sugar, or agave syrup).
cinnamon
pinch of salt

Bring the liquid and fruit to a boil. Add steel-cut oats, a pinch of salt, and sweetener and let simmer for 5-7 minutes, stirring occasionally (or cook according to directions). Let sit for 1 minute.
Sprinkle with cinnamon and enjoy warm.

I usually go through phases with my breakfast choices (remember, I had a lot of smoothies throughout the summer, I also enjoyed müsli with yogurt and fruit, and I even had sprouted whole-grain toast with plum butter quite a few times recently), but I know that steel-cut oats will be my go-to breakfast this winter. 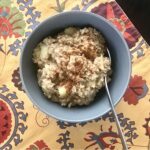