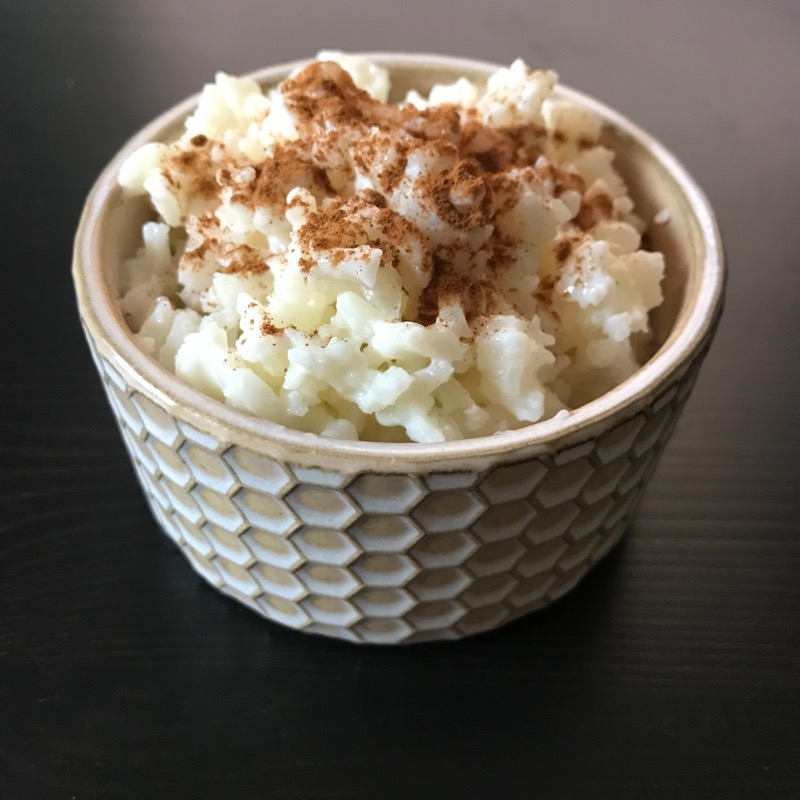 I just went through my recipe archive and cannot believe that I never shared the recipe for one of my favorite sweet treats.

Milk rice has always been a summer-treat at our house growing up. It’s actually often thought of as a “sweet meal”, rather than just a dessert and can easily be served as a light lunch, dinner or even breakfast substitute. My Mom never bought the milk rice containers from the store, but always made it from scratch. Mostly because my Dad didn’t like the soft, gooey mush that is the packaged variety, but also because you can actually control what goes in the pot. And why wouldn’t you make it from scratch if it’s so easy and quick and requires only three ingredients (four, if you count the pinch of salt)? Right.

Someone asked if it’s the same as rice pudding and I think the distinct difference is that rice pudding does in fact have more of a softer pudding texture and recipes tend to have a higher milk to rice ratio. Milk rice, at least the way my family likes it, has a much firmer texture and you can still taste the individual rice grains.Think of it as regularly prepared rice cooked in milk instead of water.

A word about the rice: most commonly, people use short-grain rice for this dish. That’s because it softens the most and it releases starch into the milk to make the dish extra creamy.

As mentioned, we like the milk rice a bit firmer (it’s purely a matter of preference), so we use a medium- or even long-grain rice for the milk rice, which stays more fluffy and separate after cooking.

Milk rice can be eaten warm or cold. At home, it was usually a summer dish, so we let it cool down and eat it as a cold meal. However, you can also eat it when it’s warm as a nice wintery treat. 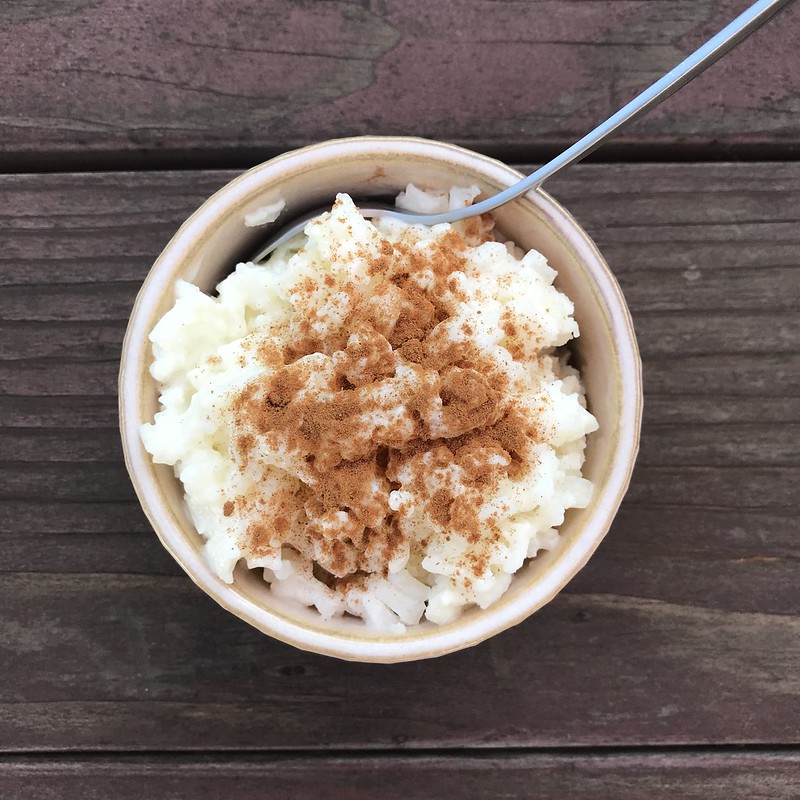 I personally like it best with a dash of cinnamon, but it’s also very good with fruit (I like cherries or raspberries). Some people (apparently) insist that milk rice needs raisins (which I can’t attest because they were never part of our milk rice preparation) or applesauce (which, I have personally never added to my milk rice either). But: to each their own! Go ahead an experiment with the topics!

For about 4 servings, you need:

Bring milk and salt to a boil (be careful, it happens quickly!)

Add the rice and sugar, stir, cover and let simmer for 20 minutes.

Turn off the stove and let it cool down in the covered pot (or sneak some warm milk rice in a bowl, if you wish). Refrigerate over night and enjoy cold.

Let me know if you try this! 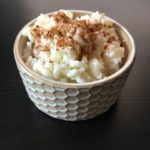 I am linking up with Deborah and Sarah for Meatless Monday. 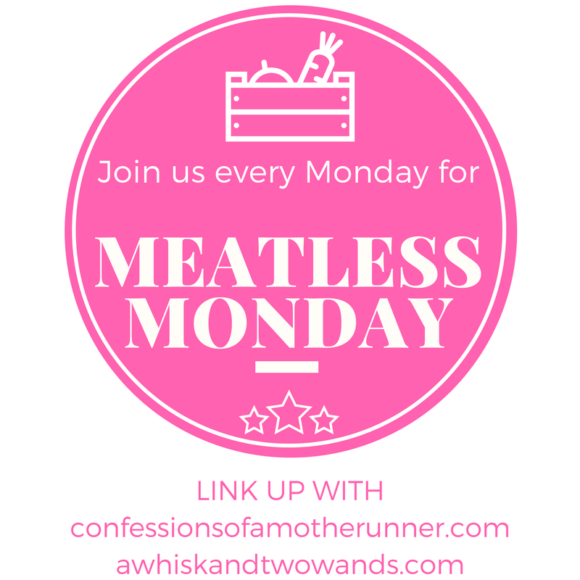