If you know anything about me, you know that I am the last person you should be asking about current TV shows (or Netflix series). I am usually so not up-to-date. I am probably someone who watches some of the most random shows that nobody else really cares about (or prove me wrong!). 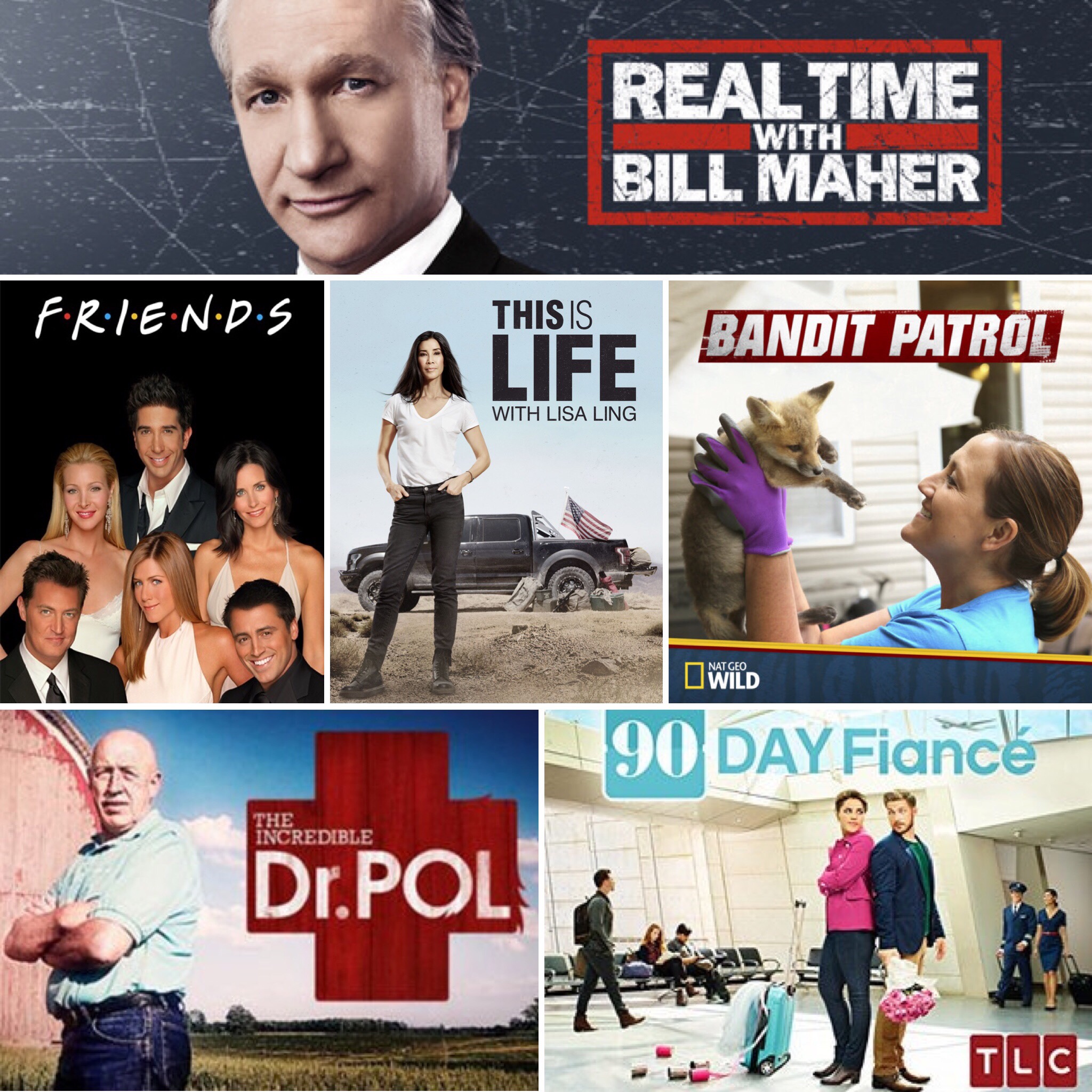 Friends (Netflix) – I think I’ve seen all of the episodes multiple times, but – believe it or not – never in chronological order. So, I started watching from Season 1 on Netflix recently to a) avoid commercials (hallelujah!)  and b) finally see the whole damn thing from start to finish. Say about Friends what you want, but J can attest to the fact that it still makes me laugh out loud! Just what I need at the end of a long week!

This is Life with Lisa Ling (Sundays at 10 p.m. on CNN) – this show is currently in Season 4 and I hope that there are more to come. Lisa Ling is one of my favorite contemporary American journalists and she’s not afraid to take on diverse and controversial subjects and I love that she approaches every subject with an open mind and the willingness to listen.

Bandit Patrol (reruns on NatGeo) –  This series explores the rescue, rehabilitation, and release of injured and orphaned wild animals by a network of dedicated caregivers in Western Kentucky. It’s so fascinating that there are people who dedicate their lives to rescuing and rehabilitating skunks, foxes, raccoons, possums, bats, owls, hawks, and whatever other wild animal you can think of. It makes me so happy to see when the show ends with happy endings for these animals.

The Incredible Dr. Pol (Saturdays 9 p.m. on NatGeo) – The show follows Dutch-American veterinarian Jan Pol at his practice in rural Michigan. He specializes in large farm animals (he constantly has an arm up a cow’s ass – haha!), but also treats any ordinary pet at his private practice. I admit, part of me watches the show because when I was little I wanted to be a vet myself, and part of me watches it for Dr. Pol’s Dutch accent.

90-day Fiancé (Sundays at 8 p.m. on TLC) –  I have to admit, having gone through the tribulations of a long-distance relationship myself,  I simultaneously feel pity for and roll my eyes at these couples. I keep thinking, there is no way your marriage is going to work out. Why don’t you just try to get to know each other for a little while longer? It’s one of those shows that I randomly watched for a little bit while zapping through the channels and ended up not being able to look away from. I even got J to watch with me for a bit and we’re both equally eye-rolling and head-shaking our way through it. Also, it’s a shame that many international couples don’t have many options when it comes to figuring out their lives together, other than being ‘forced’ into a pre-mature marital agreement.

I guess what I like about all these shows is that you can watch episodes at random without having to be “caught up” all the time. I hardly ever, maybe except for Real Time with Bill Maher, watch a show at the actual time it airs. I often record episodes and then watch them at a later time, when it’s convenient or when I am in the mood.

Having said that, I CANNOT wait for the X-Files to return on January, 3rd 2018. Have you heard?? You can be damn sure that we’ll be watching every new episode at the time it airs!

23: Tuesday Topics • Why I am thankful for running this year
.

22: Currently in November
.
Link in bio.