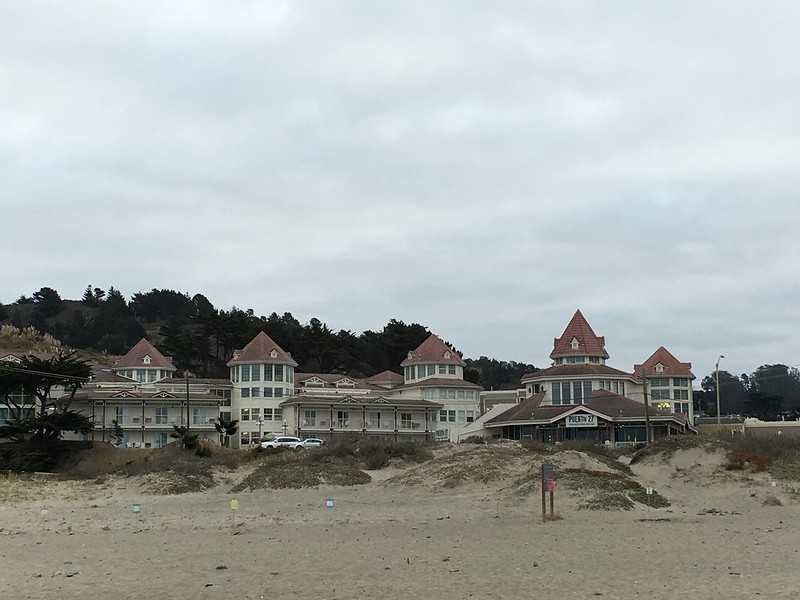 The next morning, I got up early to take advantage of the chance to run at the beach (and also to not completely fall of the workout-bandwagon while on vacation). I got 5 miles in and really deserved the breakfast at ‘Breakers’, especially after the coastal up-and-down path that I had followed. 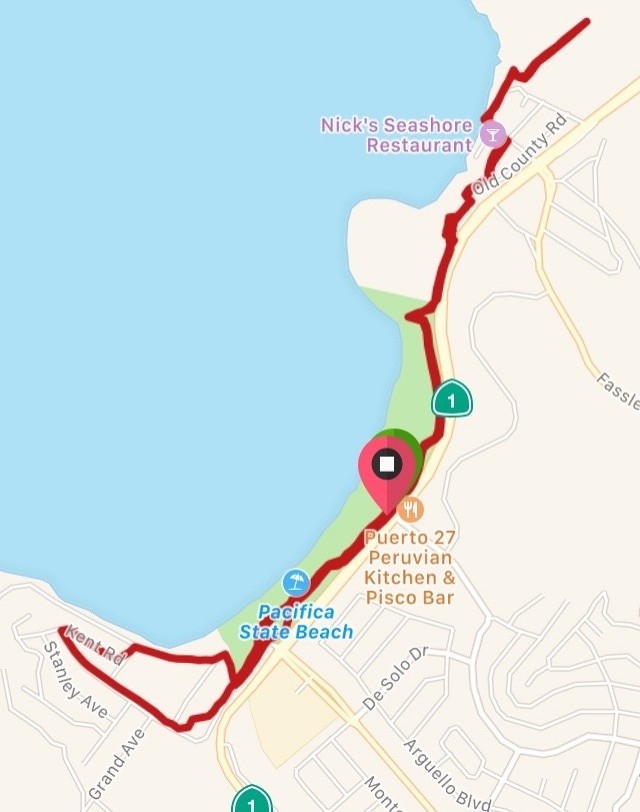 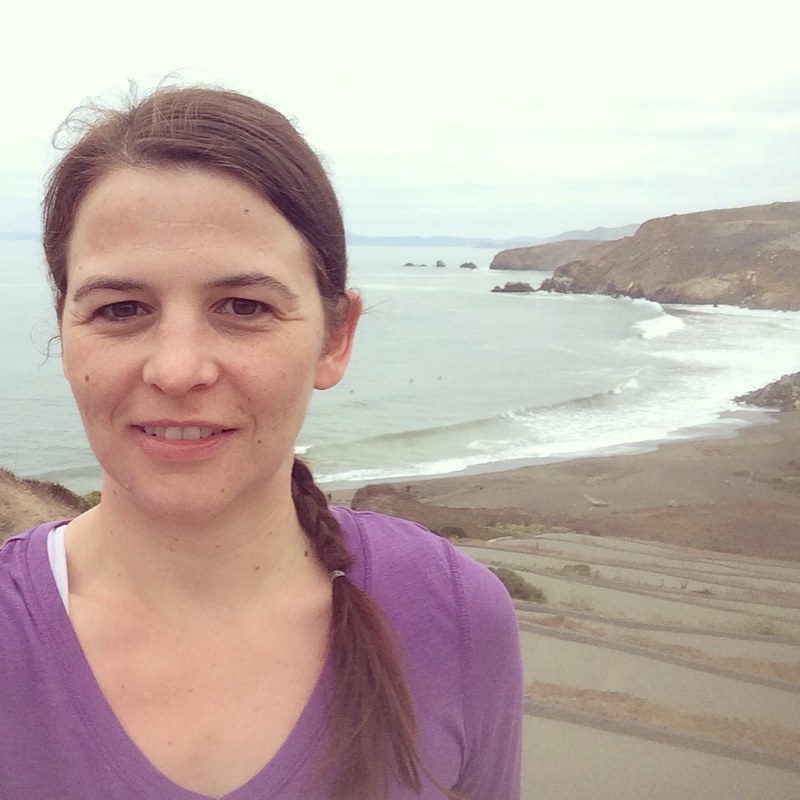 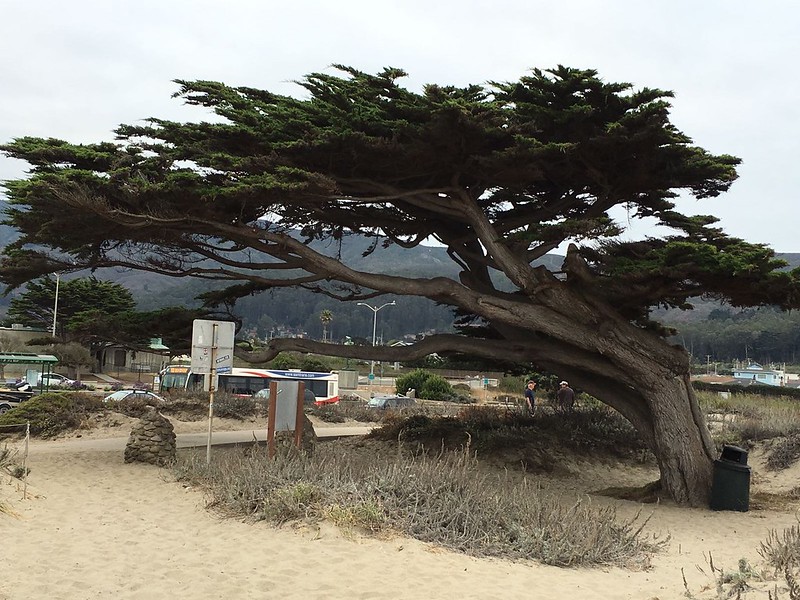 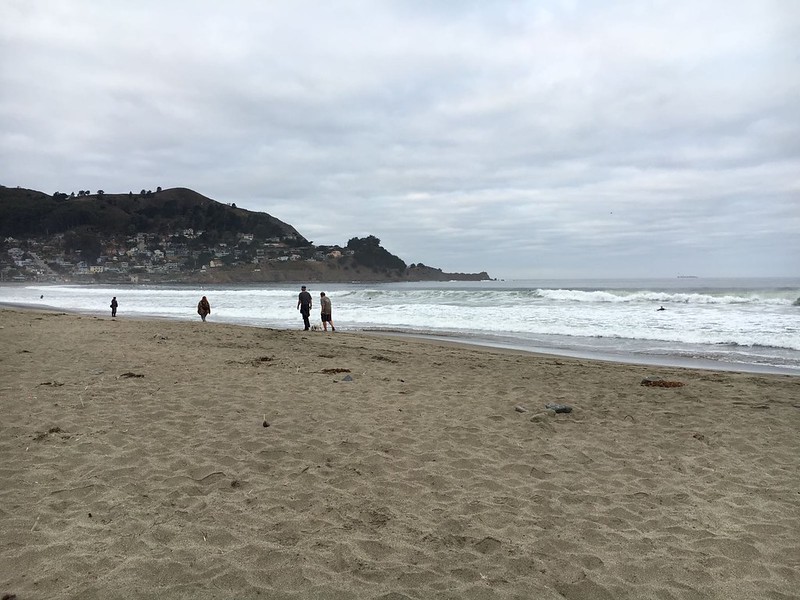 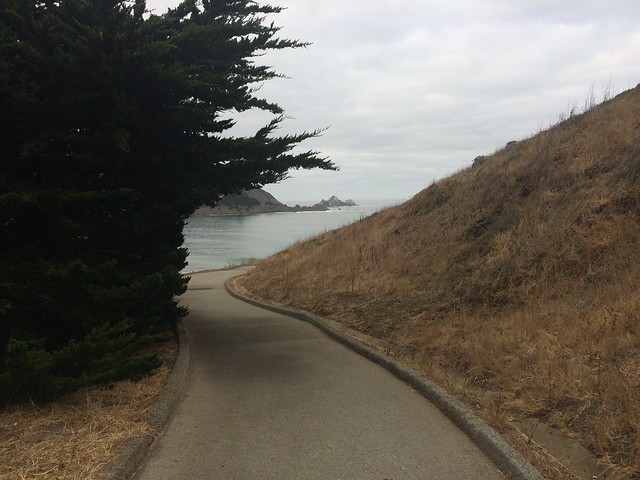 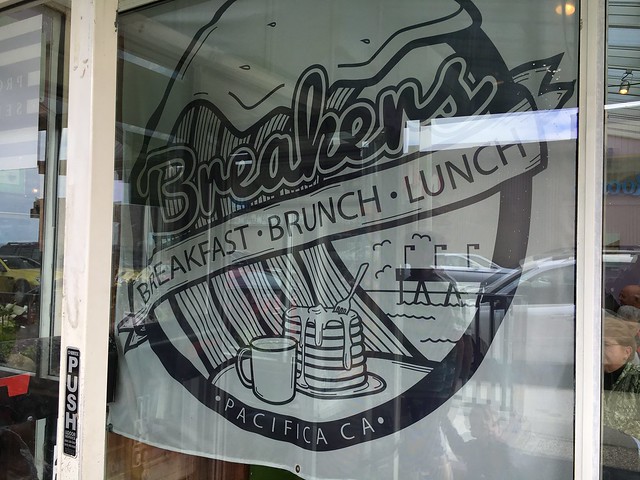 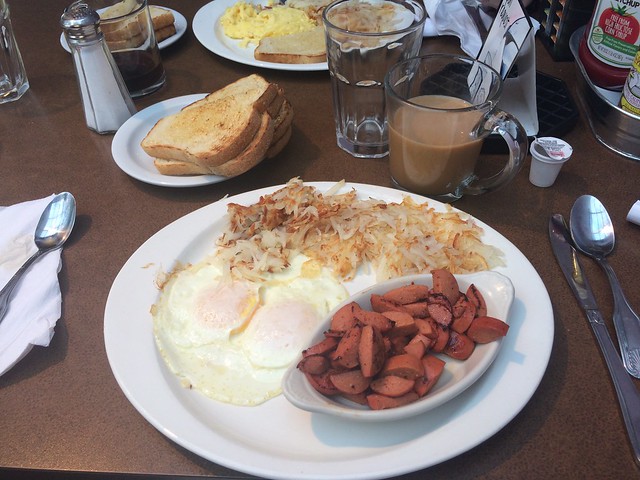 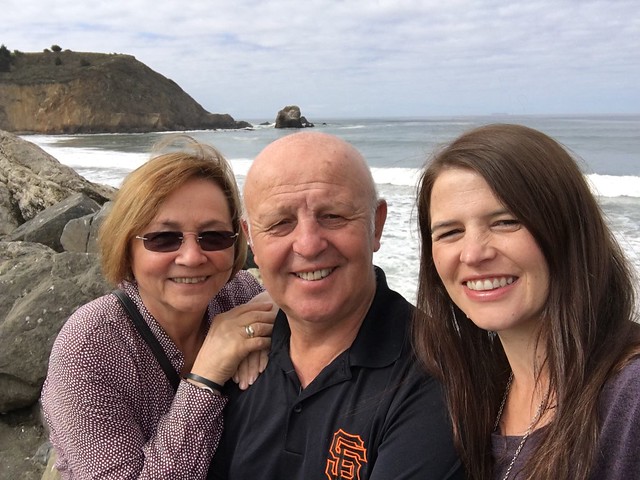 After breakfast, we drove further up the coast into San Francisco. We stopped at Ocean Beach, then drove up to the Cliff House and explored the Sutro Baths National Park and Point Lobos. It was such a beautiful day. We got really lucky, because the forecast was cloudy and cool, but the clouds decided to stay away and the sun made the temperatures quite pleasant. 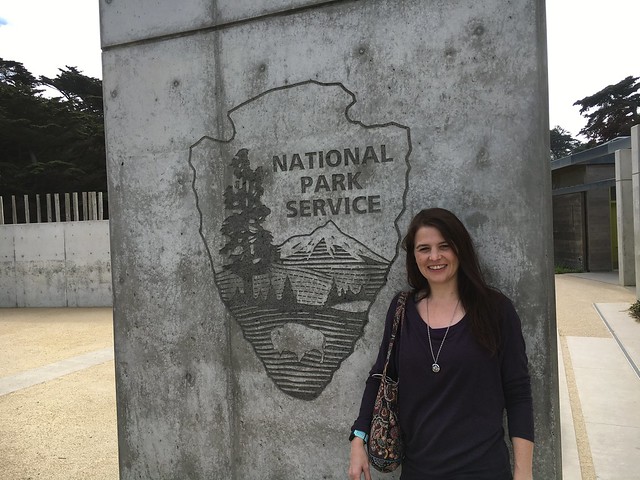 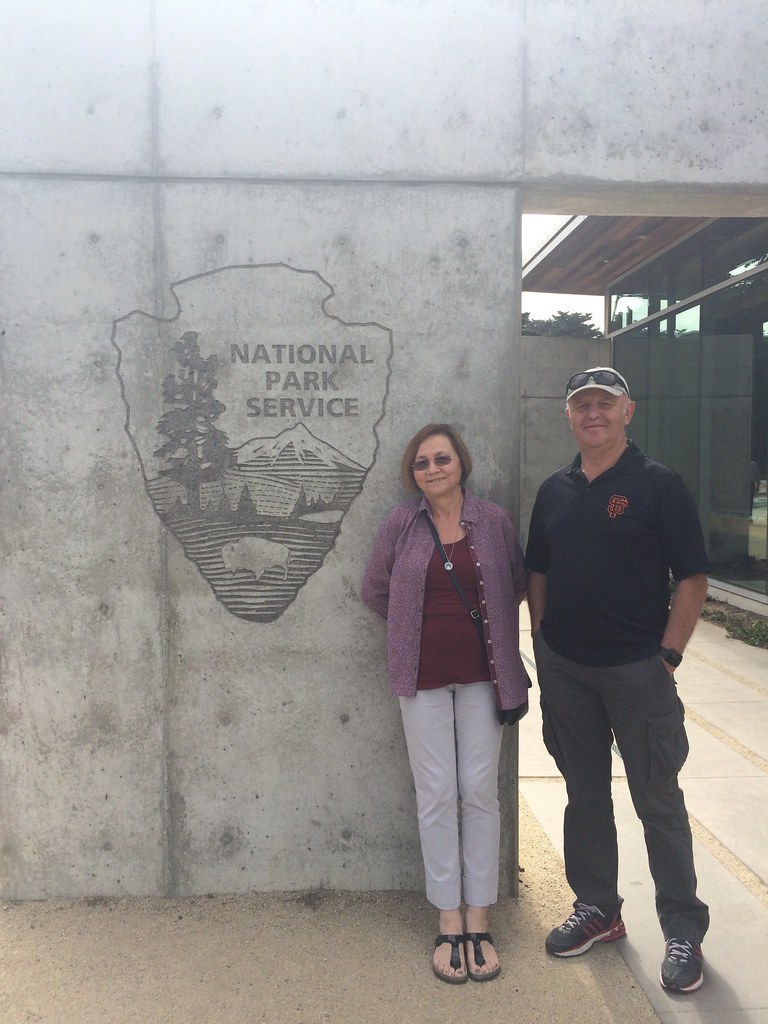 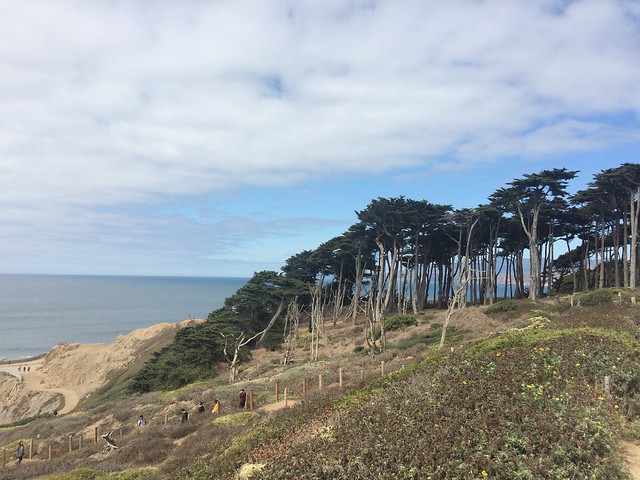 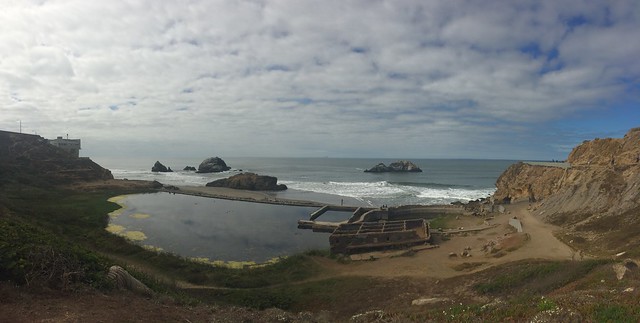 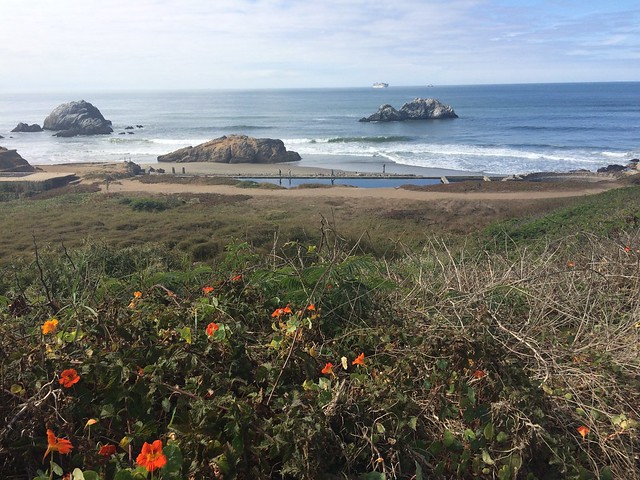 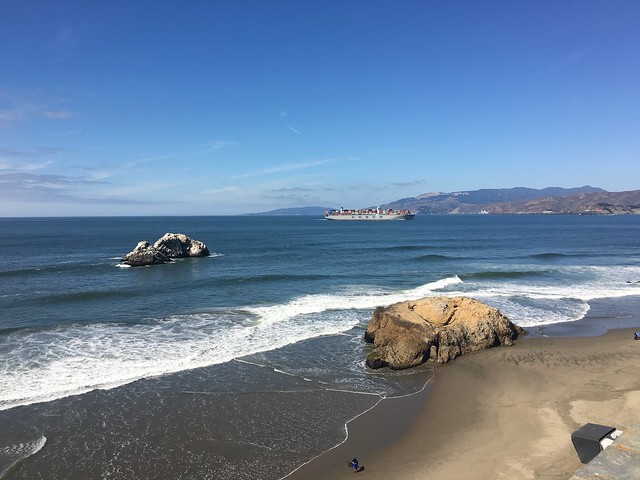 We walked over to the Cliff House to enjoy a cold drink and then we drove on to Baker Beach. I had wanted to go there for the longest time, because you get such a unique and beautiful perspective of the Golden Gate Bridge. 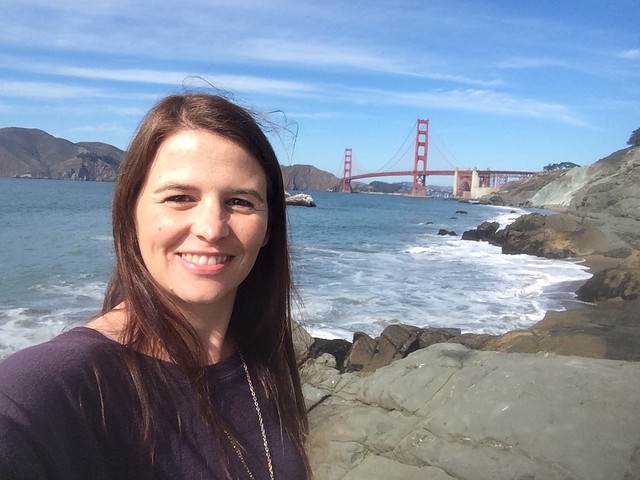 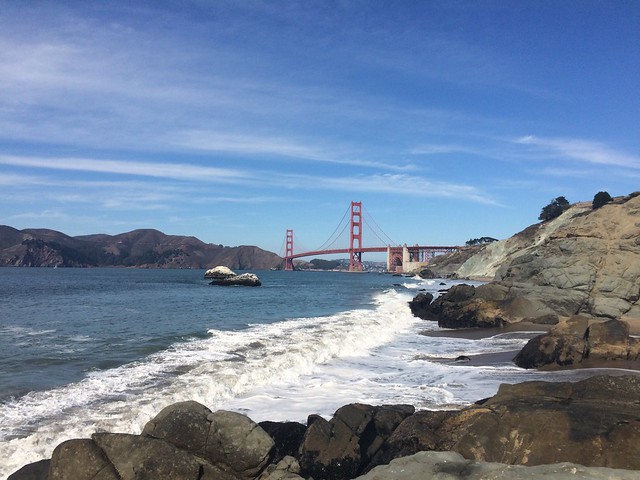 The one thing I didn’t know: part of Baker Beach is a nudist beach. It’s the part closest to the Golden Gate Bridge and of course all the tourist walk towards the bridge to get the best photo. Well, and then there they were: the naked (older) men.

Very unexpected. My Mom spotted them first, turned around to me and asked ‘Is  this normal around here?’ with a smirk on her face. I googled it and sure enough, I should have known. My parents are very laid back though (we’re Europeans after all), so they laughed the whole thing off. Especially the part where one of the nude guys was intentionally trying to sneak into my Mom’s pictures… haha. 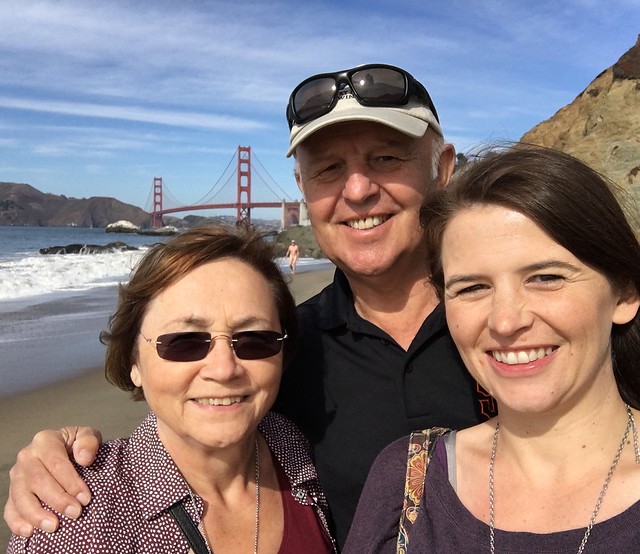 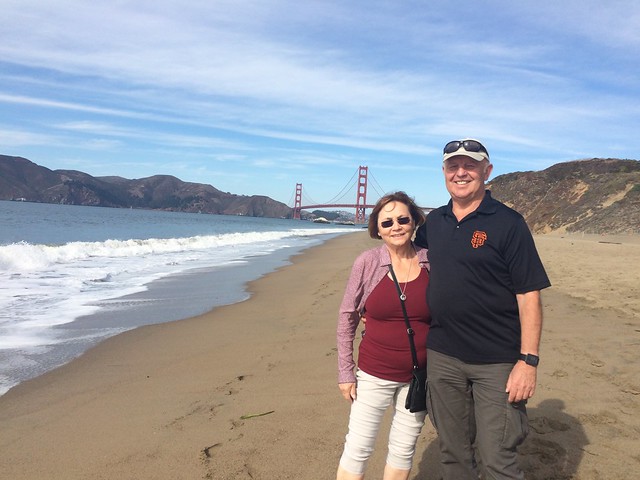 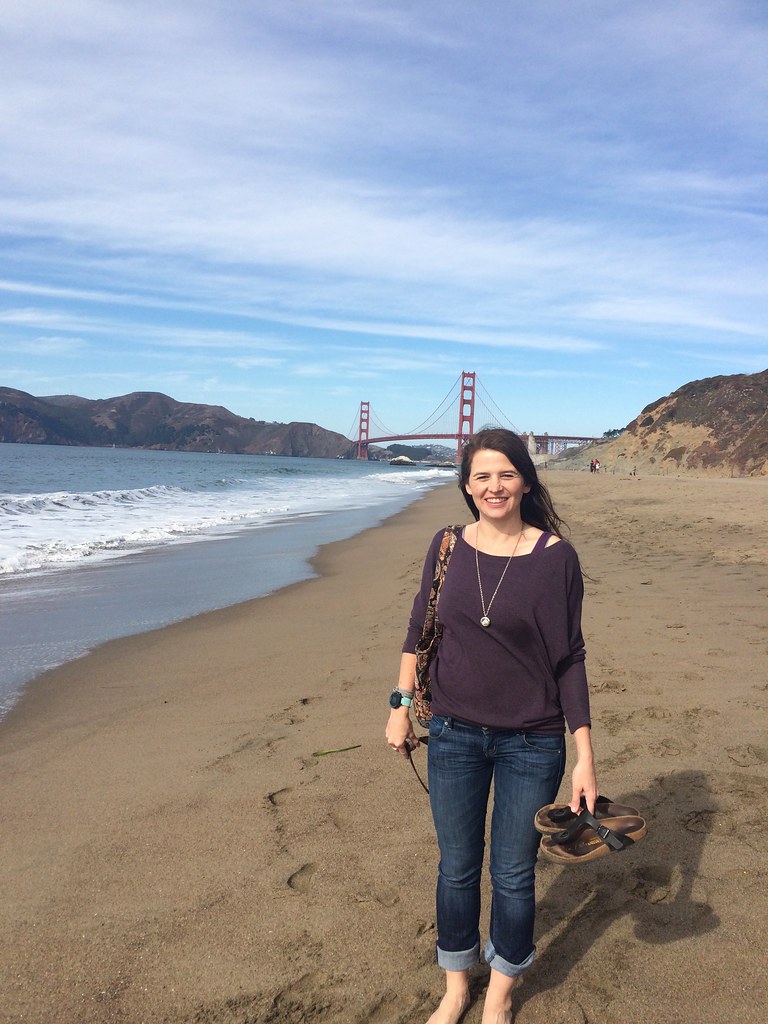 After a nice walk and good laugh, we traveled on and drove over the Golden Gate Bridge. We made another stop at the vista point on the other side, before driving into Sausalito. 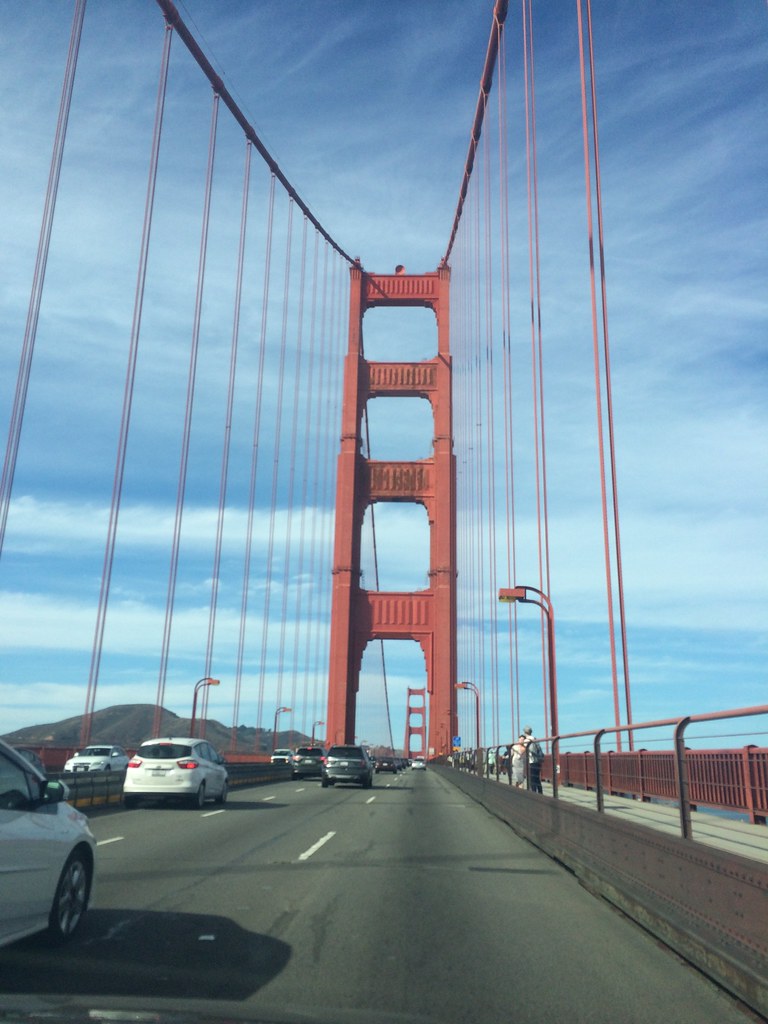 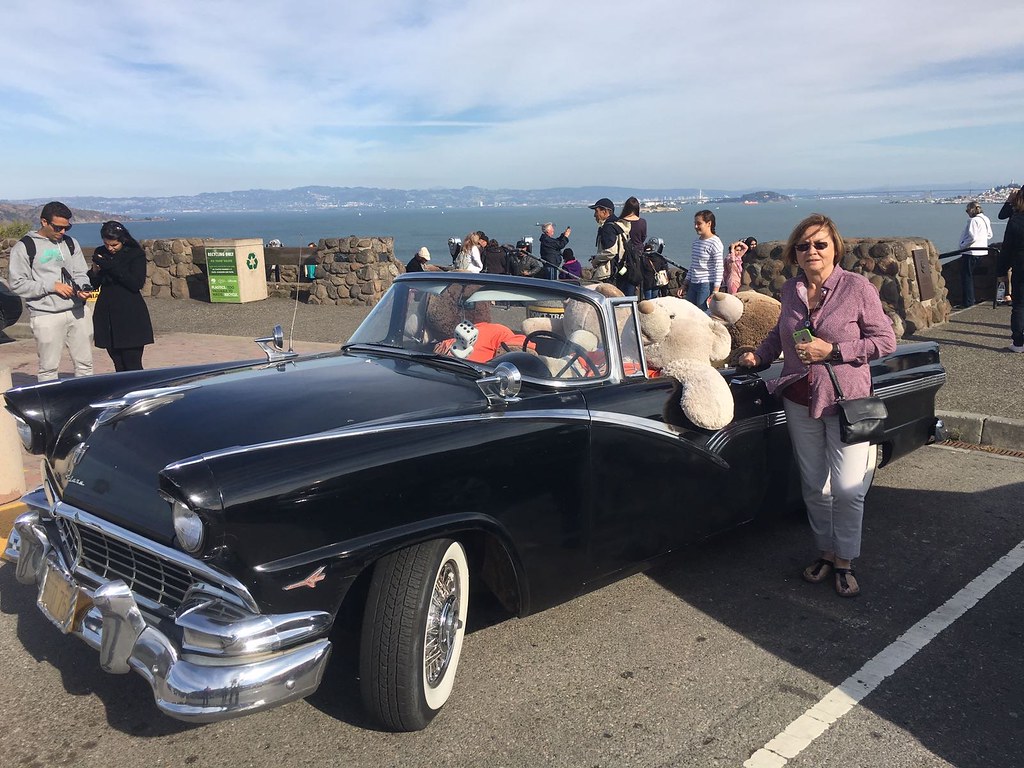 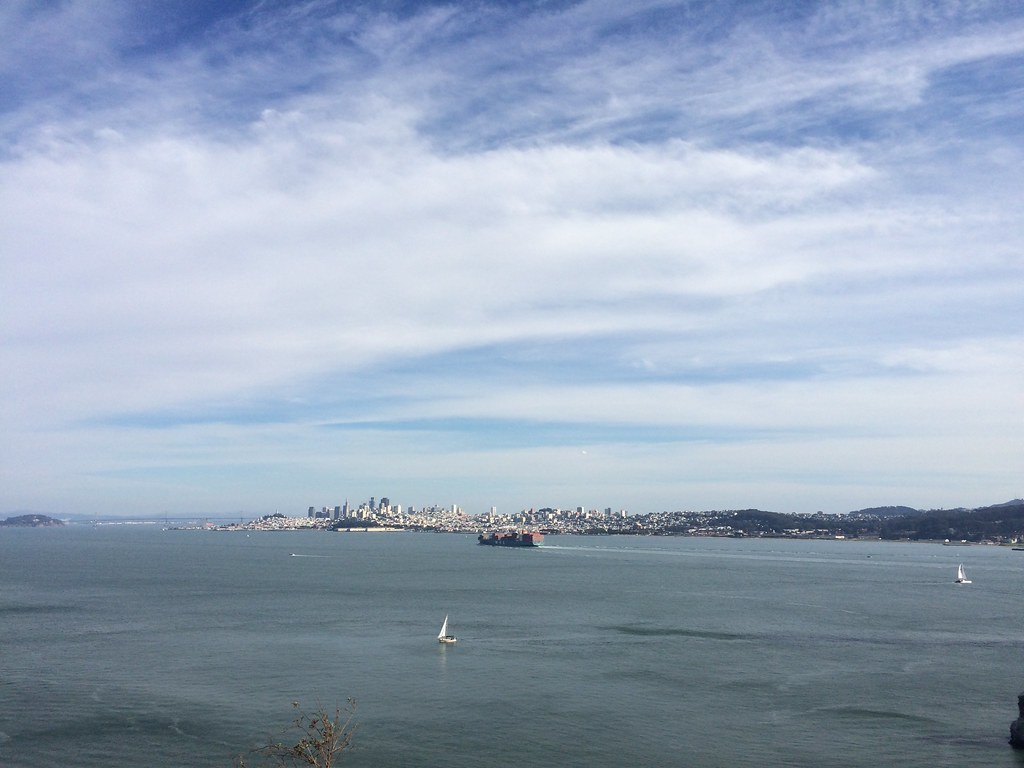 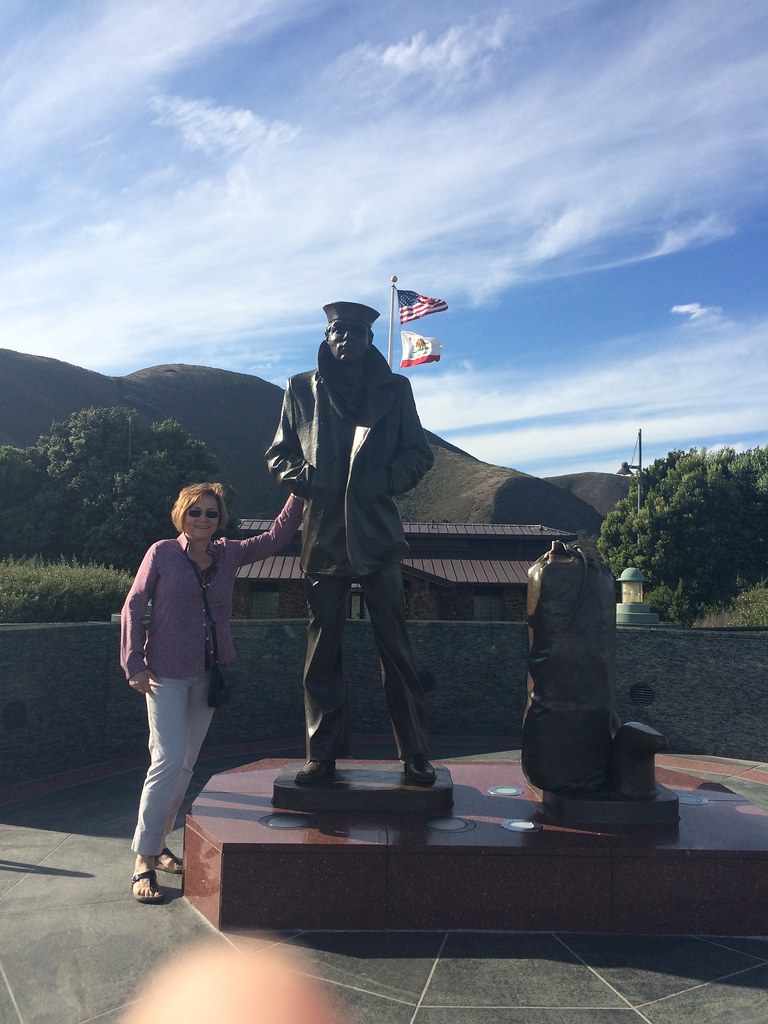 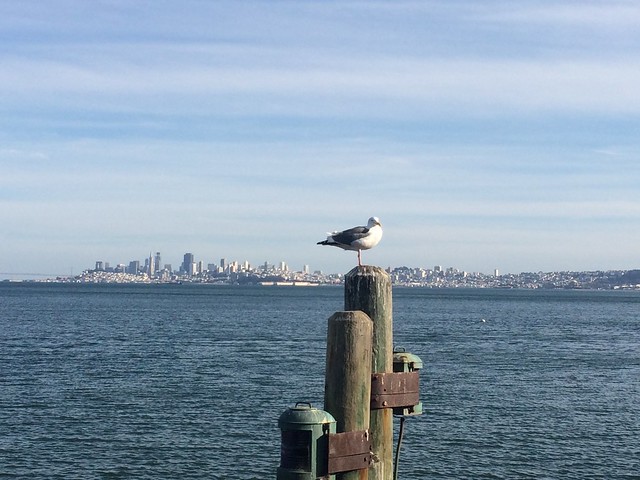 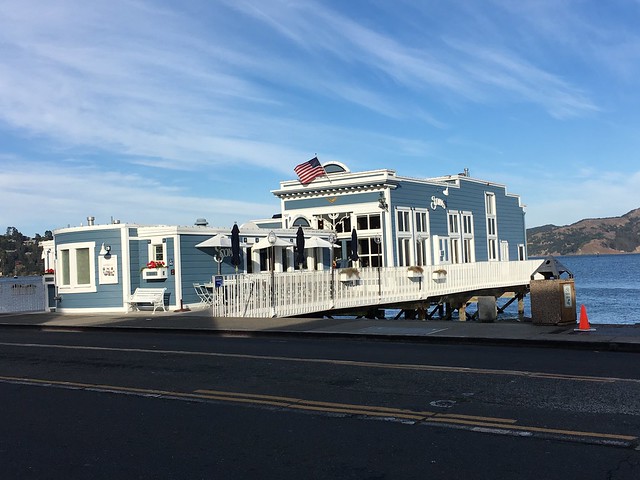 We walked around there a bit and instead of having dinner there, as we had originally planned (it was too early), we drove to Petaluma, where we were going to stay the night.

I found a promising Italian restaurant close to our hotel through Yelp and man, it did not disappoint. Yelp is definitely your friend when you’re in unfamiliar areas. I have yet to be disappointed by the reviews. The Italian restaurant, Café Giostra, was located in a parking lot surrounded by some bigger stores and if it hadn’t gotten such a good rating on Yelp, we would have never ever considered going there, but it turned out to be a really small, cozy, authentic, family-run Italian place that reminded me a lot of the Italian places in Germany and their food was delicious. 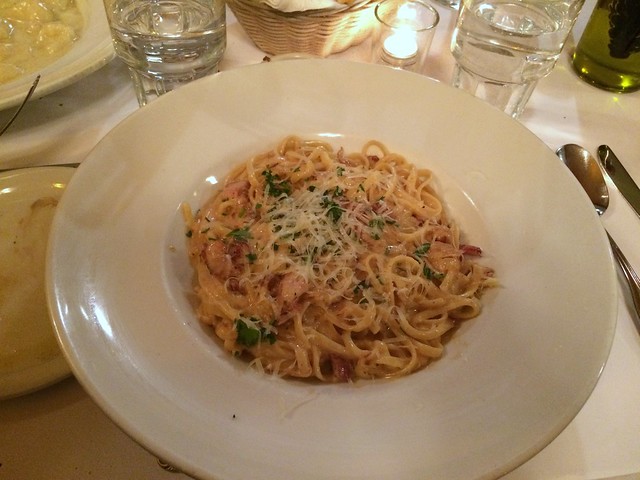 While it might sound like we stopped at a lot of places, it was a super-relaxing day and we didn’t feel rushed at all. Just the way we wanted it to be.