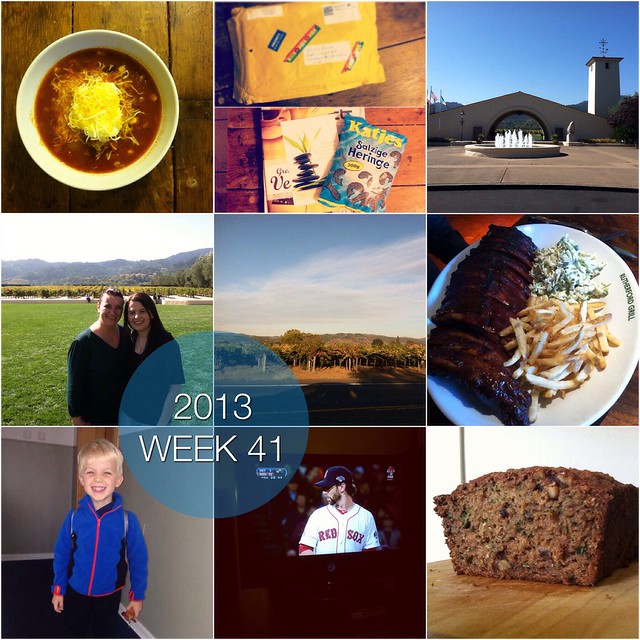 This week has been the longest and shortest week in a while. It’s the most bizarre thing how long the hours are, but how short the day is.

Some friends from Germany/Switzerland are visiting California this week and as soon as I have finished my coffee, we’ll be spontaneously meeting up with them in Napa Valley for some wine-tasting. I am so excited to have a reason to get out of the house and go to Napa again (although, do you really need a reason to go to Napa?). The weather is perfect, mid-70’s and sunshine. I love Californian fall.

I received a little package from my Mom this week, with a sweet card, some reading material (from my hometown) and a bag of my favorite licorice. The package just came at the perfect time. How did my Mom know that I need a little pick-me-up this week? I guess, Moms just know. ♥

I made my favorite Crockpot Turkey Chili this week and officially declared that “it’s fall”, even though temperatures here in Northern California are still getting up to the 80’s. But, who cares! Crockpot-season has begun!

On Tuesday, I had a long phone call with my sister. Hearing my sister’s voice always warms my heart (although I would have really preferred a hug). I don’t allow myself very often to acknowledge the feeling of how much I really miss her on a daily basis, but sometimes it punches me in the gut just to remind me that it’s still there. I’m just so thankful that connecting with her (and the rest of my family and friends) is so easy these days.

If you read my previous (password-protected) post, you know the details about my current predicament. I am on forced unpaid leave due to the government shutdown (and there are some frustrating details involved in my case) and I am trying to be my always positive self in dealing with my situation. While it sucks, I am trying to look at the silver linings:

I don’t have to get up at the crack of dawn tomorrow – yay! I can stay home in my pajamas and drink coffee all day if I want. I could  finally read more books, or watch some episodes of the (three) TV series that I have been simultaneously watching on Netflix (and which I have to seriously catch up on). Heck, I could even get a head start on my Christmas card crafting.  Also, have I mentioned that I have yet to miss any of the post-season Red Sox games, because I have been home in the afternoon. When does that ever happen?

It must seem as if I have time to do ALL THE THINGS that I usually complain about not having enough time for. People keep telling me that I should make the best of it, enjoy the time off – except, it’s not that easy. I know they mean well, but it’s hard to relax when you’re in limbo. I feel oddly paralyzed by the uncertainty and unfairness of my situation and I simply do not have the peace of mind to enjoy the unexpected time off as much I want to (or maybe even should). What is it about the human psyche that keeps you in a gridlock when things go off track and denies you to at least enjoy the often few, but still noticeable benefits of an otherwise all-around shitty situation?

Have you ever felt that way?

I almost feel like I have less time, because my mind is so preoccupied. Believe me, I am fully aware how utterly ridiculous that sounds when I am spending 8+ hours more at home every day than usual. And it’s quite frustrating to have this extra time and feel like you’re not able to really use it. It’s not that I am not trying to be productive every day. Most days, I am up early (although not early enough for it to be still dark outside, which is nice), I make my coffee and get my day going. I complete chores, clean up, declutter. I have a to do list, because it’s just how I operate and because I need to feel like I accomplished something at the end of the day.
Some people have suggested we should go on a trip, but that’s not really an option, because we’re officially not allowed to go on vacation and must be available to return back to work within 24-hours. Besides, when you’re on unpaid leave, that’s not really the time you feel like you should spend money on travel, or anything, for that matter. So, I spend a significant amount of time in front of the TV instead, following the news, trying to find out if anything on the political stage has finally shifted towards a resolution.

One good thing about this shutdown: I’ve been running more in the last week than I have run in the last three months. Oddly enough, running is a frustration-outlet for me (and it’s free!), so when things are weighing on my mind, I go on the treadmill.  I love this phenomenon and hate it at the same time. I don’t only want to feel motivated to run when I am frustrated, but on the other hand, it does give me some sort of purpose right now. Maybe, I’ll finally become a legit runner. (When are you officially allowed to call yourself that? When can I be accepted into that club?) 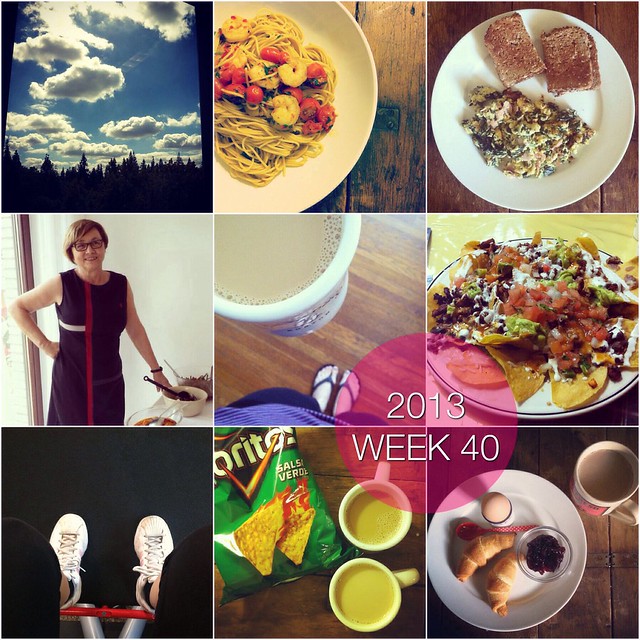