For J’s 30th birthday – which was last Thursday – I had planned a fun weekend away. J had no idea where we were going – I just put him in the car on Saturday morning and off we went. First, we headed to the coast where I had planned to have dinner at Tomales Bay. “Nick’s Cove” is a place we’ve been to together many times and it’s always special to have dinner sitting at the window overlooking the bay. 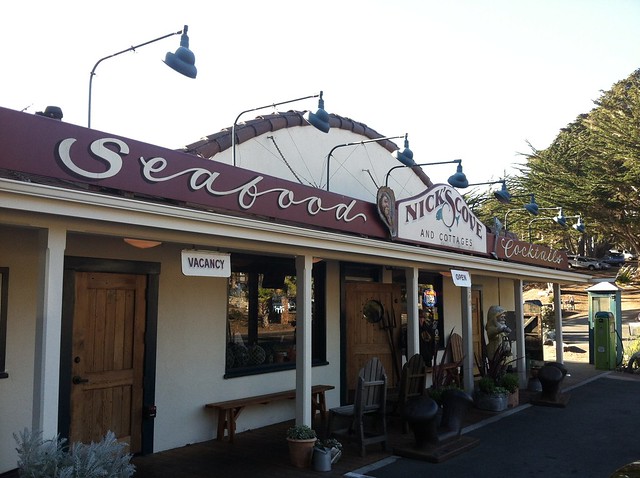 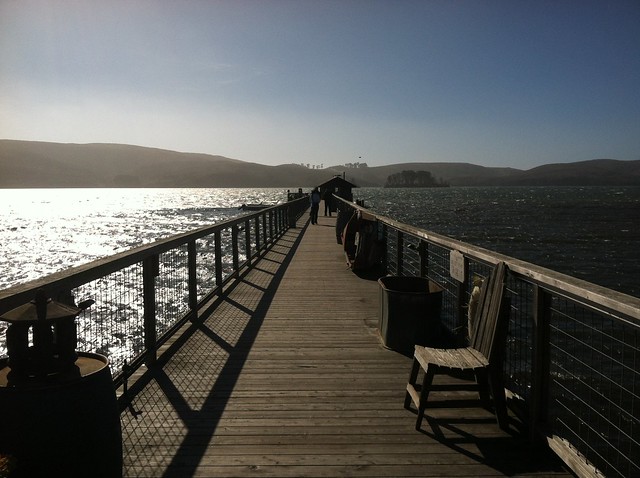 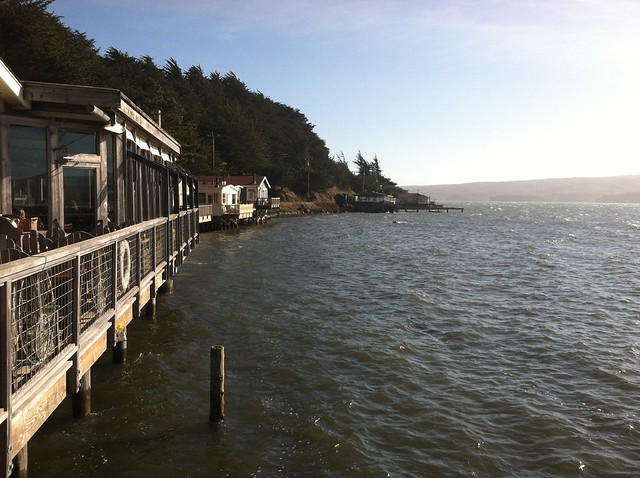 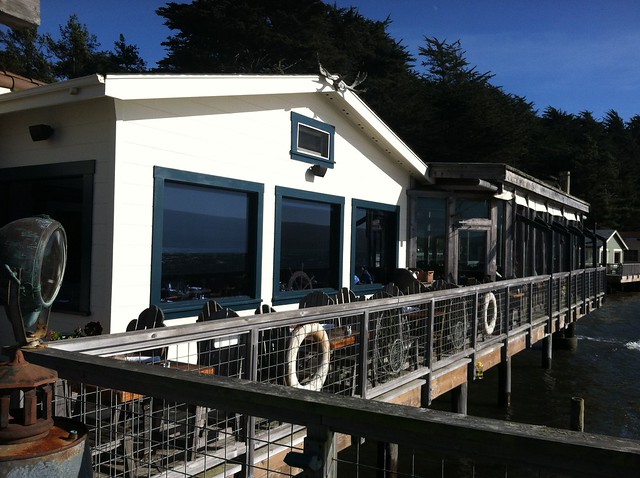 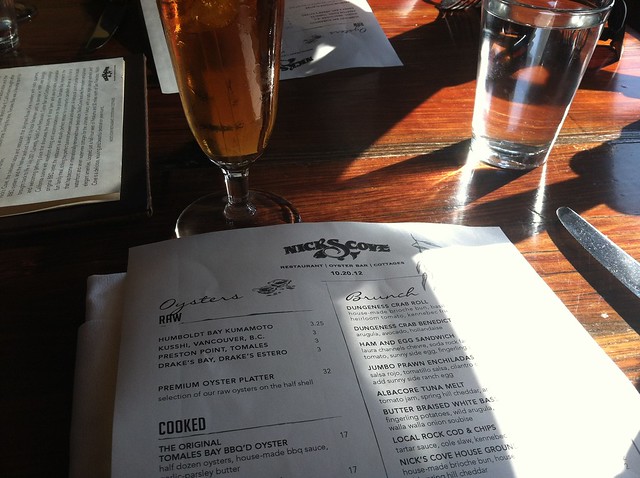 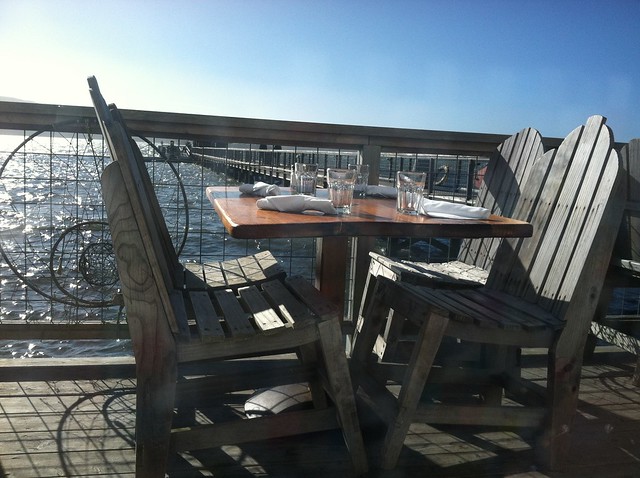 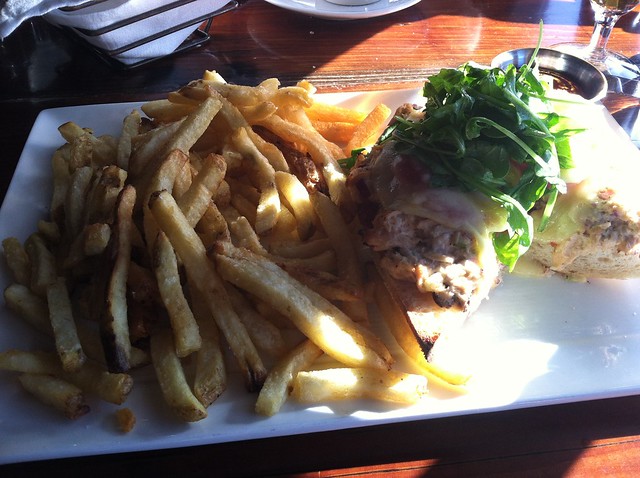 I had a delicious tuna melt open-faced sandwich and J had clam chowder and crab mac & cheese. So, so good!
It was a beautiful day, albeit a bit windy. Don’t mind my crazy hair! 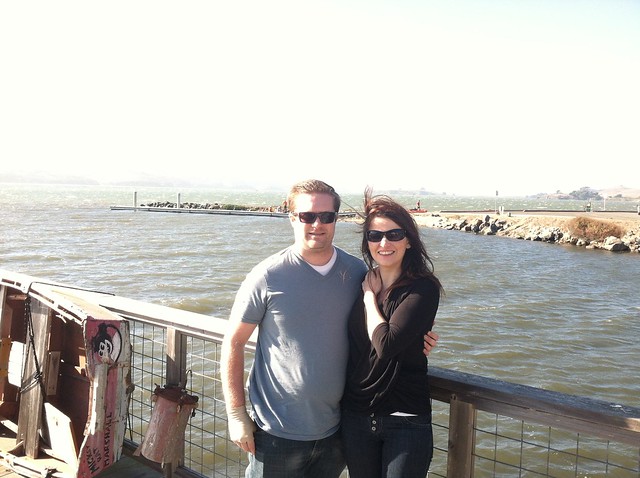 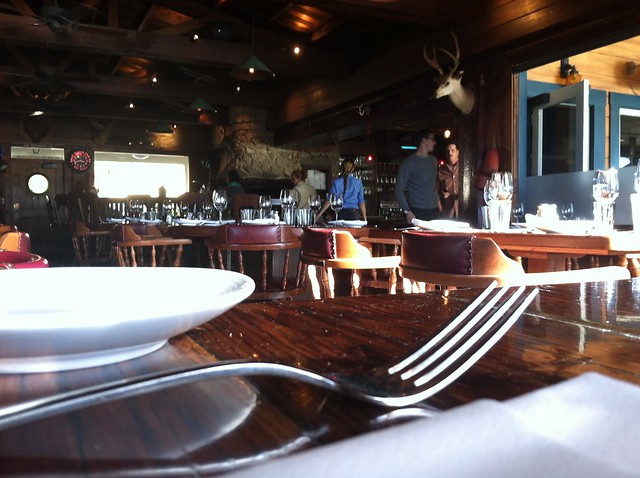 After our (early) dinner, we headed back inland to our hotel in Santa Rosa. I almost hadn’t found a place to stay for my big birthday surprise, because Wine Country is pretty popular around this time of year. However, the “Sandman Inn” had an affordable room available and I can definitely recommend it. I wasn’t quite sure what to expect from a non-chain type of place and it’s definitely not the most fanciest of places, but it most certainly is a big step up from a Motel 6. So, there.

At 7 p.m. we got some coffee at a local Peet’s and then headed to Sonoma State University (in Rohnert Park) to see Bill Maher! Weeeeee! 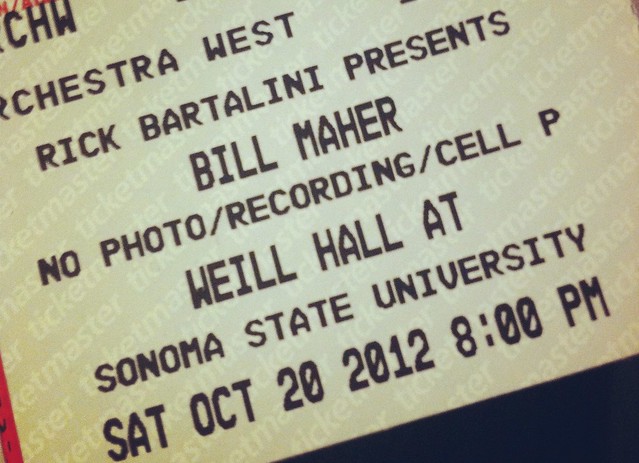 J hadn’t had any idea about this until I presented the tickets to him at dinner. I had bought the tickets way back in May when they first became available and we had seats in the second row from the stage. So awesome! 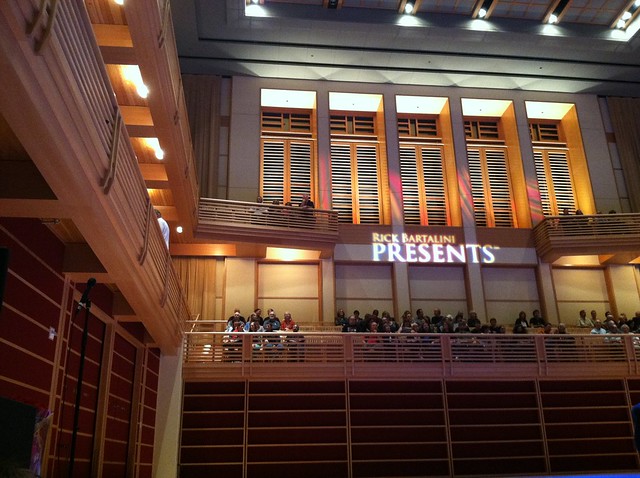 Unfortunately, it was not allowed to take any pictures during the performance, but rest assured that it was totally hilarious and absolutely worth it! J loved it and the surprise was a great success!

Are you a fan of birthday surprises? What did you do last weekend?