On Monday morning (8/1) we left Moab and headed towards Page, AZ near Glen Canyon Dam and Lake Powell. Of course, there was so much more to see on our way south.

Our first stop was at Goosenecks State Park. When I first traveled the Southwest of the US with my geology class in 1998, we missed out on the Goosenecks due to a road closure. You can imagine how my little nerdy geology heart jumped at the prospect of finally being able to take a peak at the impressive meander of the San Juan River. 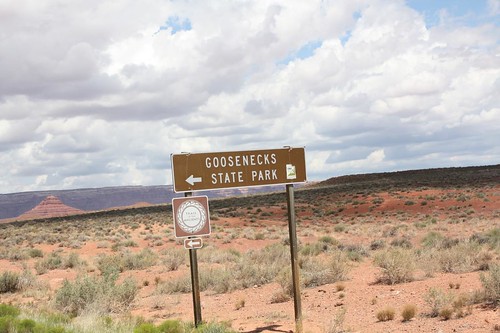 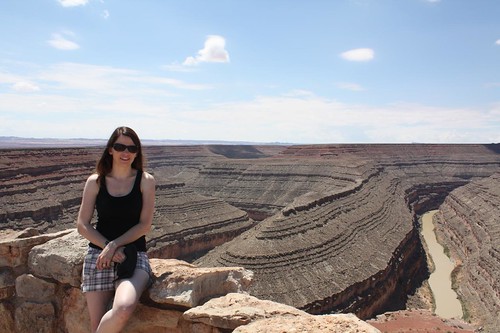 In case, you’re not well versed in the geologic terminology, here’s a little explanation:

Meander [mē-ˈan-dər] – a turn or winding of a stream

Rivers meander (twist and turn, creating a ‘snaking’ pattern) when they are traveling on top of a relatively flat surface. If the slope of an established meandering stream is suddenly increased, it will resume downward erosion. This happened in the case of the San Juan Rivers, which due to tectonic uplift of the region millions of years ago, stopped meandering and eroded downward. Its established meandering pattern was conserved as a deep valley known as an  entrenched meander. 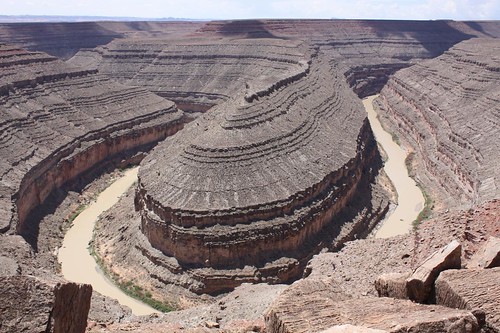 Right after leaving the Goosenecks State Park, we passed by an interesting rock outcropping in the shape of a sombrero, know as the Mexican Hat Rock. It really stands out against the blue sky and it’s hard to miss it. Curious, yes? 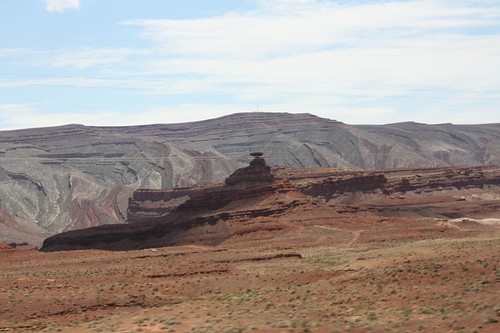 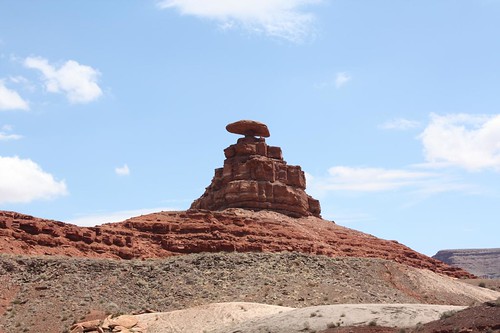 Shortly after, we entered a very popular and well-known area of the Colorado Plateau… do you know where we’re at? 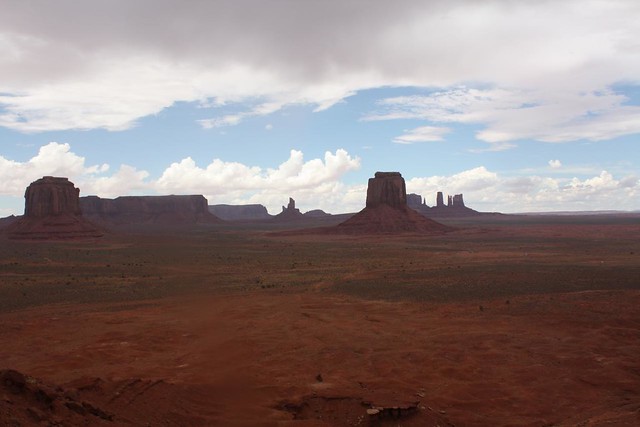 After a short stop at the Visitor’s Center, we embarked on a little off-road adventure through the Monument Valley Tribal Park. 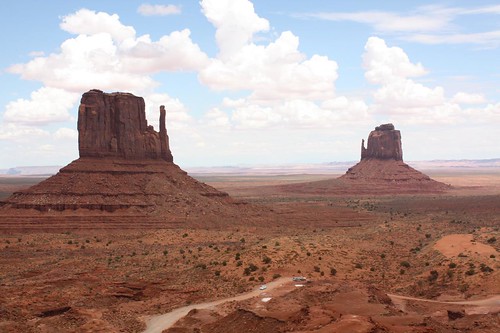 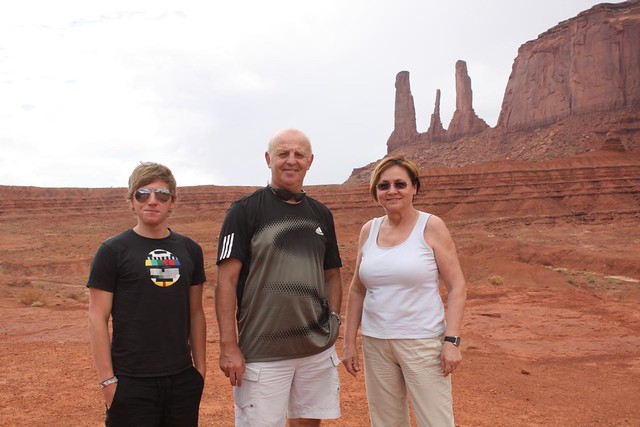 Three Sisters (in the background) 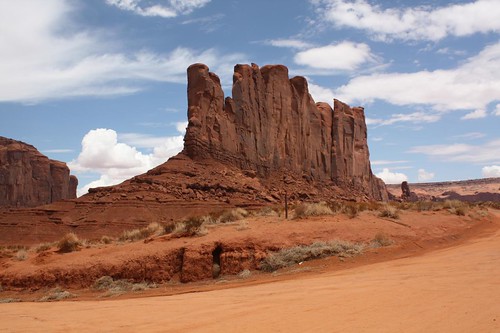 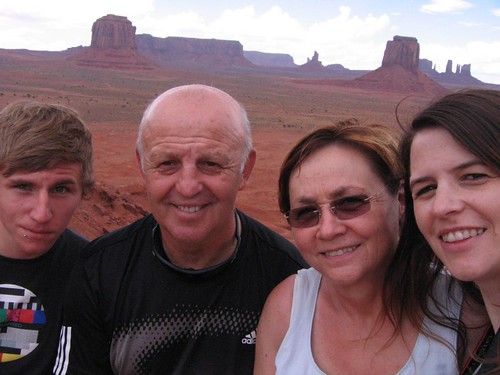 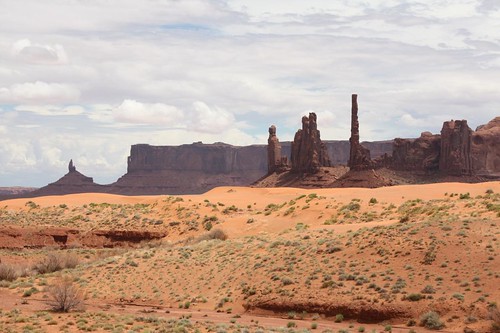 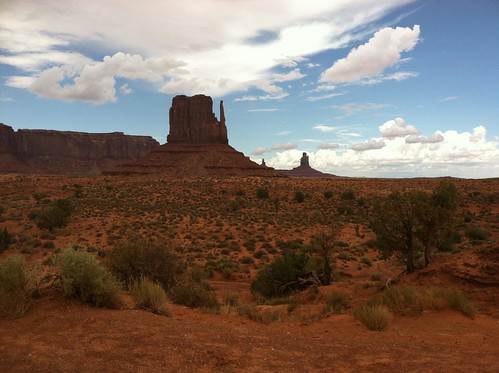 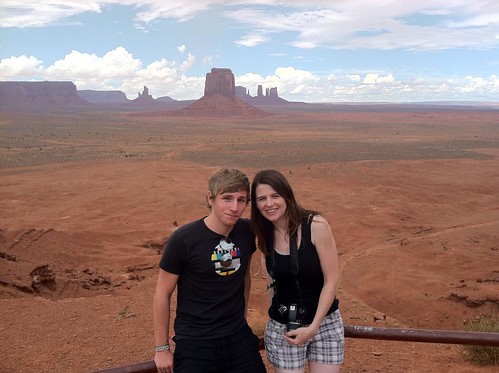 Merrick Butte (in the background)

Once again, the landscape and views were absolutely breath-taking and I wish I could share all the pictures that I took here. But since photos usually don’t do justice and you would probably stop reading right now, those few impressions have to do.

We stopped in Kayenta for a quick picnic in a parking lot of a supermarket (where I was chatted up by a local Navajo guy, who insisted he would like to marry me. Ahm… NO. Just no.) and then set off on the last 120 miles towards Page, AZ.

We were surprised to hit a thunder storm on our way (which is in fact not all that surprising, I guess, and can normally happen around this time of year). It turned pitch-dark in a matter of minutes, lightning surrounded us, thunder roared in the distance and the windshield-wipers of our car couldn’t work fast enough. The whole spook lasted for about 5 minutes and then the sun came out again. Also as a bonus, our car was cleaned off from the red dust that we had collected in Monument Valley. 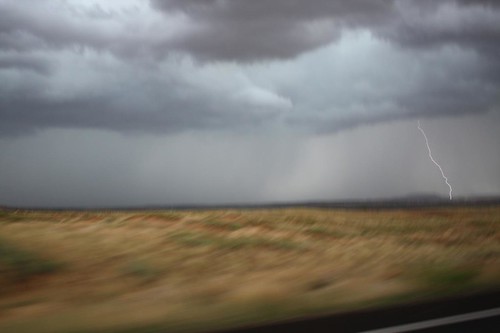 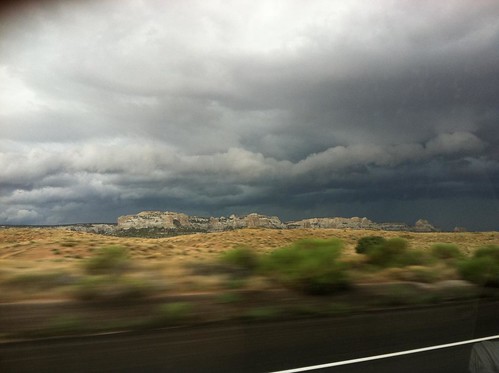 When we reached Page, we checked into our hotel, the Days Inn, and had dinner at  Bonkers Restaurant”, which was indeed a little ‘bonkers’, but the food was great and we sat on the patio and enjoyed the evening at a mild 85°F. 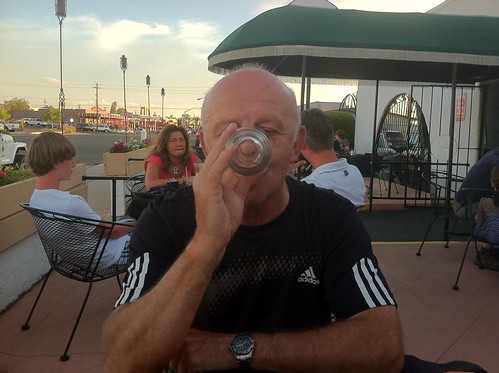 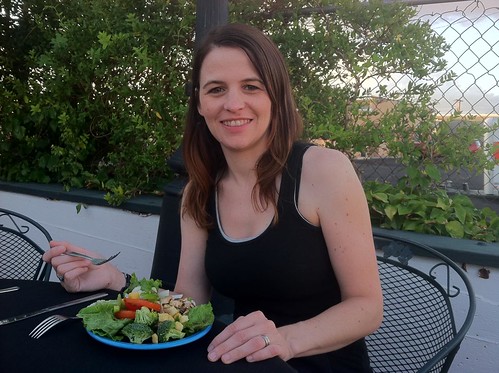 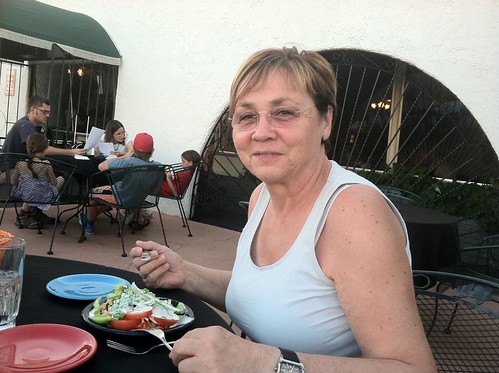 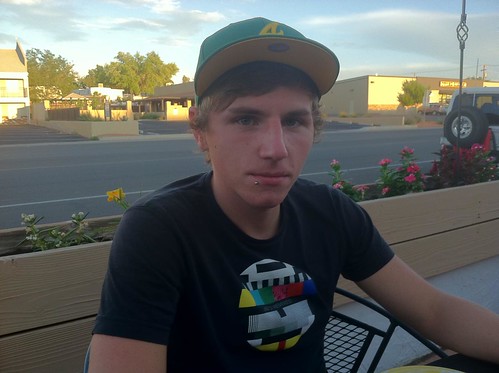