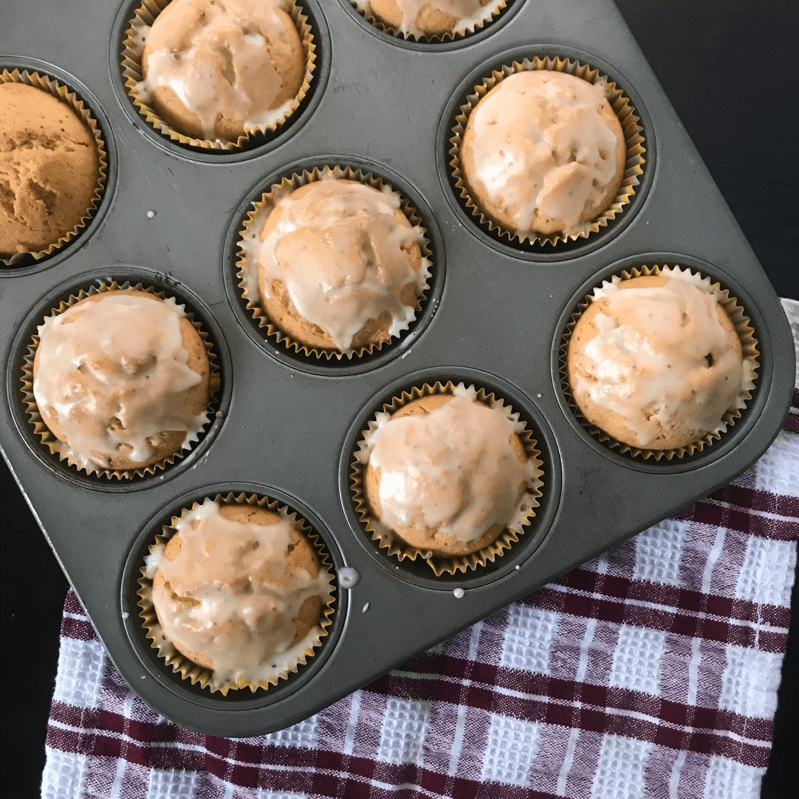 If you follow me on Instagram, you know that I’ve become a quarantine cliché when I started baking bread with sourdough starter back in April. I’ve kept a weekly baking schedule since then, which is my longest bread baking streak yet, and I am not planning to stop anytime soon.

But, not surprisingly, quarantine has led to a lot of other baking shenanigans as well. I baked a couple of favorites but also tried a few new recipes. In case you need some inspiration, read on, I am sharing a few, but not all of my recently baked goodies!

I used this recipe and ditched the vanilla extract and substituted with 2-3 tbsps of lemon extract (lemon juice is not lemony enough. Go ahead and stick your finger in the batter to try!). I also did not soak the poppyseeds (never have, but wonder how much of a difference it would make. Anyone?).

Lemon poppyseed muffins are my favorite and these were delicious. You also might be interested to know that they freeze very well (however, freeze them without the lemon glaze that I put on some of them!). I wrapped them individually in aluminum foil and then I’d just take one out in the morning and it would be ready to eat in about 1 hour. 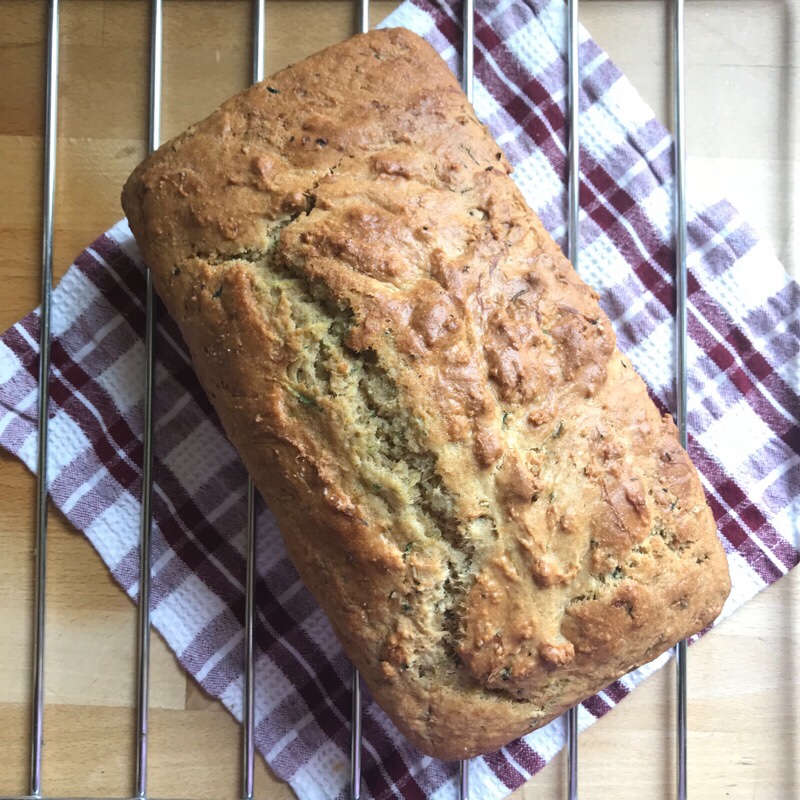 I don’t know about you, but I feel like you can never go wrong with zucchini bread. Regular zucchini bread is delicious as is, but have you tried adding yogurt and lemon for a twist? It makes it fresh and light, and it just tastes really good.

This recipe has made it into my recipe binder, which means it’s been tried and tested, and it has been repeatedly baked at our house. 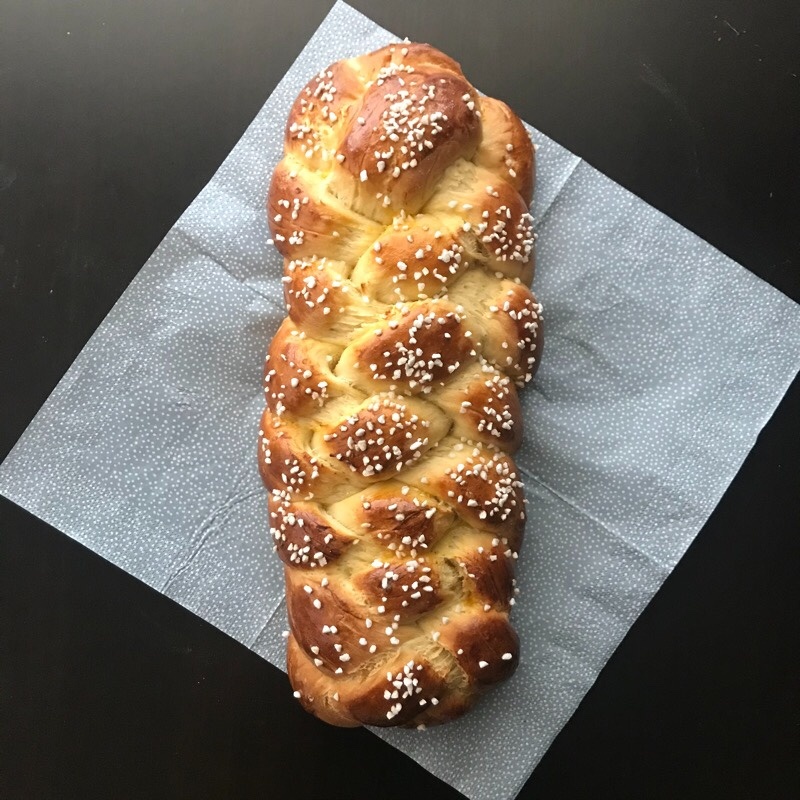 Sweet yeast bread is something I grew up with. It’s traditionally baked for Easter and New Year’s where I am from in Germany, but it was also regularly served at my parents’ house for Sunday breakfasts (with a soft-boiled egg) when I grew up.

This is my mom’s recipe and it will always remind me of home. The bread is soft and only slightly sweet and so good that you’ll only want a bit of butter with it, if anything. 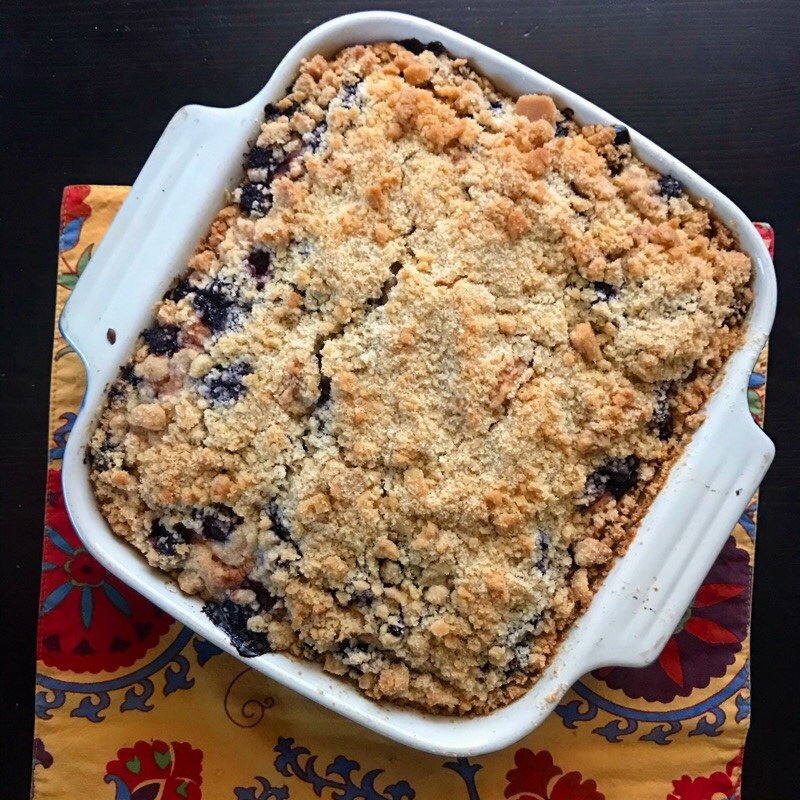 I am a big fan of crumble cake (with any kind of fruit! I actually baked a version with rhubarb, too!), but this recipe (which I adapted from a recipe I found online) calls for sourdough discard (of which I had plenty sitting in the fridge).

You might also have noticed that I am a fan of putting yogurt into baked goods and it hasn’t failed me yet. This turned out so yummy. The crumb was spongy, soft, and really moist and the crumbles on top are always a nice addition. 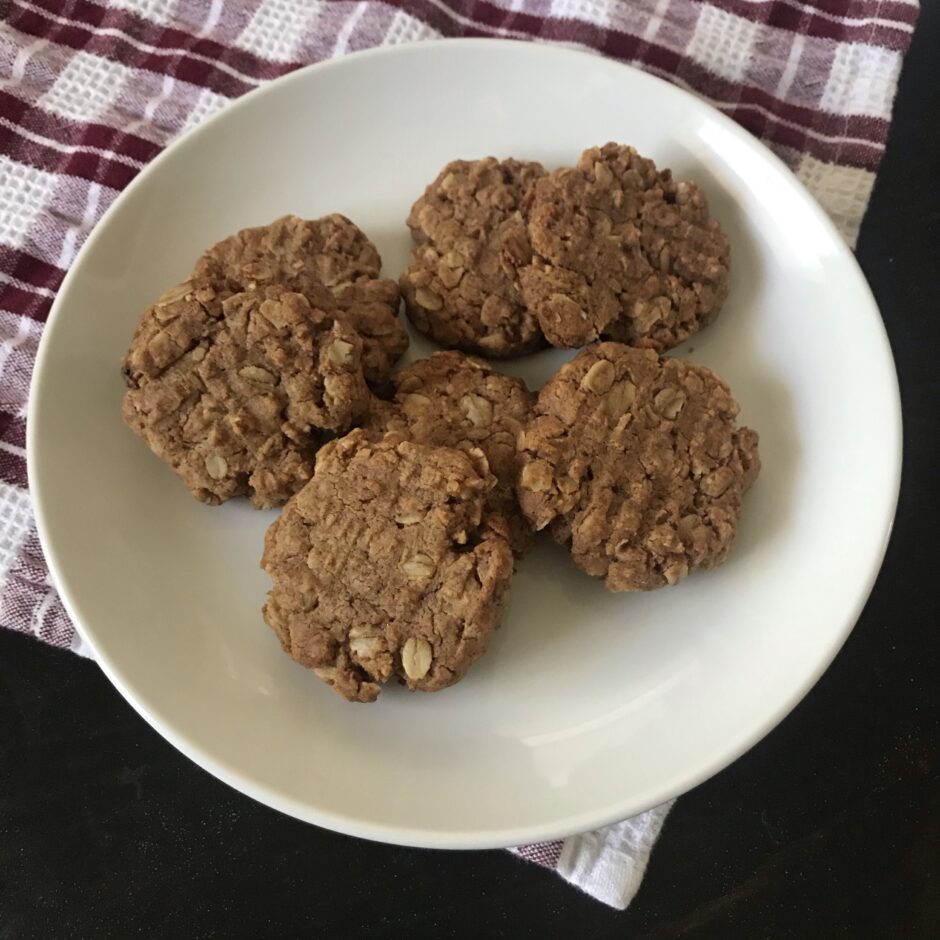 I don’t have a recipe for these to link up, but these cookies were just made from four ingredients and I’ll share the recipe soon if you’re interested.

They were just the right amount of crunchy and are so quick to make. I whipped them up in just 15 minutes. They were the perfect little treat with my mid-morning second cup of coffee. 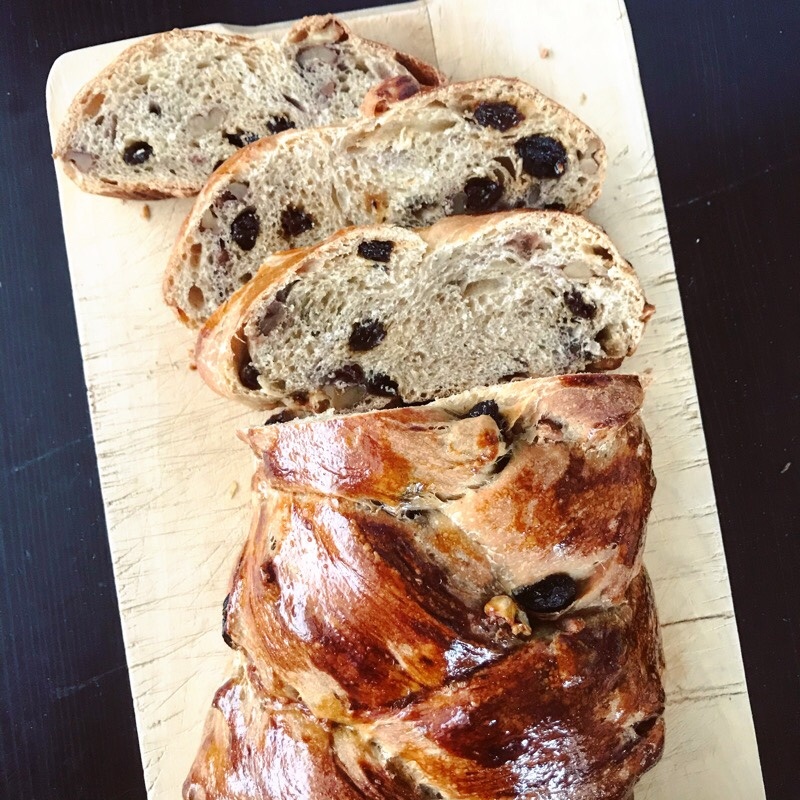 I was looking for ways to use up some of my sourdough discard and came across this recipe. It actually uses active sourdough starter, not discard, but it looked so damn good, that I still had to try it. It’s like a variation of the sweet yeast bread without the yeast.

I tweaked the original recipe a little bit because it used pecans and I usually don’t have pecans at home, but walnuts work just as well. It was absolutely delicious. I’ll definitely bake this bread again, and you should, too. 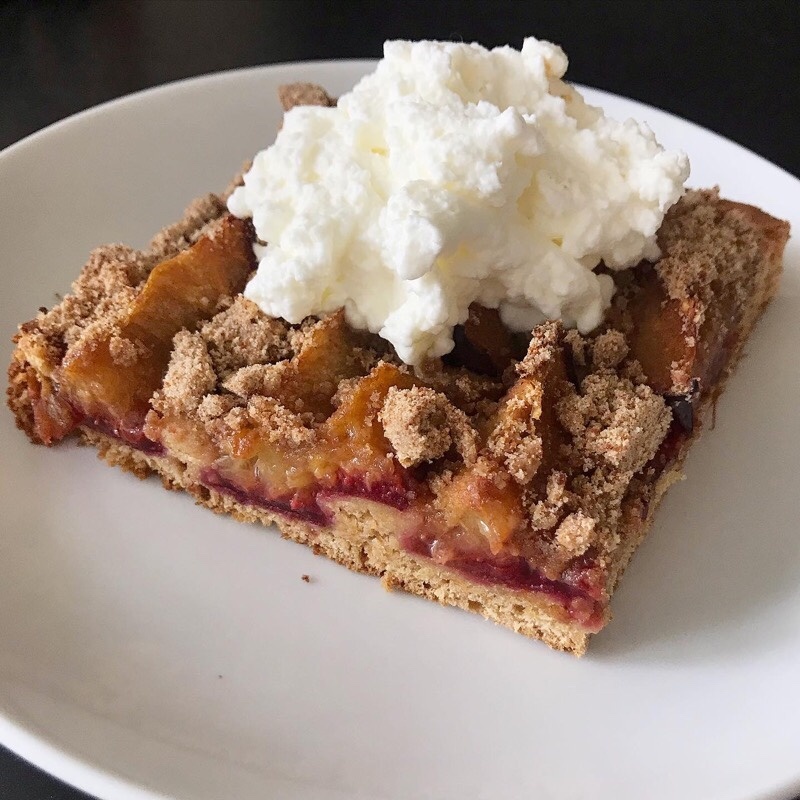 My Mom told me that she made German plum cake recently, which of course, triggered a huge craving, so I set out on a hunt for ‘baking plums’ because you need a certain type of plum for German plum cake. After some research, I had found out that the plums I was looking for are called Empress (or Italian) plums and they’re usually only available for a few weeks every season. They’re a European kind and they’re usually turned into prunes.

Finding the right fresh plums here wasn’t easy but I got lucky at our local Farmer’s Market. I made an adapted version of this recipe and, obviously, had to make some homemade whipped cream to go with it. (Now my freezer is full of a couple of more squares for later.)

As you can tell, I am a tweaker. I hardly ever stick to a recipe but often try to make it my own.