Today, my friend Kat is filling in for me while I am embarking on a road-trip down the coast with my family.

Kat has been a  dear friend and long-time favorite blogger of mine for years now. She’s a fellow German with a huge amount of wanderlust and she just recently made her dream come true and up and moved to Sweden on a one-way ticket. Today she wants you to know that the only right way to live life is by dreaming big.

If you want to read more about Kat’s adventures in Sweden, check out her blog hejstockholm.com and you can follow her on Twitter @oceansaway. 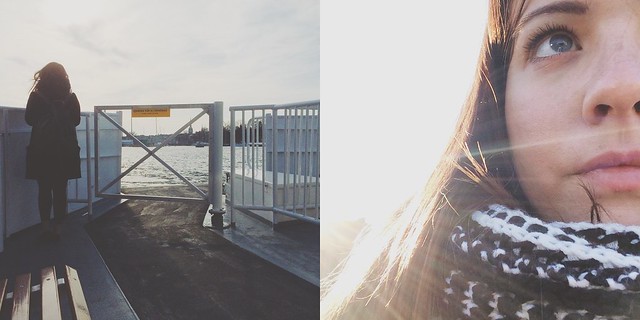 I packed my life into a suitcase and moved from Germany to Stockholm, Sweden in February 2015. By that point, I had considered moving to Sweden for a good four years but always found reasons not to. They were valid reasons such as that I didn’t speak Swedish, didn’t have a job waiting for me in Sweden and didn’t have any money saved up. The risk I would be taking seemed overwhelming: what if I didn’t find a job right away? What would I do then? I’d have no one and nothing to fall back on.

The reason I wanted to move in the first place is that I fell head over heels in love with Sweden during a study abroad that I spent in the south of the country. Many of the things people tend to list as reasons not to move here are actually on my pro list: long winters, lots of snow, reserved and introverted people. But there is also this: endless amounts of light and joy during the summer months; waters and forests as far as the I can see (true wilderness!) and few big cities; holidays like Midsummer and Lucia that I thought only existed in the children’s books my mom read to my brother and I when we were growing up; culture and politics rooted in equality, social conscience und common sense. It’s hard to sum up exactly why I love Sweden so much more than Germany or anywhere else I’ve been. Can’t explain love, right?

Speaking of love. The first question anyone asks me in my new chosen home is whether my boyfriend is Swedish. (I wish! Heh.) It’s an immediate assumption everyone makes that I wasn’t really prepared for. According to the majority of people, it seems like the only reason I could’ve possibly decided to come here is that I met a Swede and followed him to his home country. It can be an awkward situation to have to explain that I came here by myself because I wanted this for myself. The most common reaction is empathy and pity. „So… you’re all alone?“, some people will say. „Doesn’t that get lonely? And boring? And scary?“

It is none of those things, and in today’s guest post here on San’s lovely blog I‘d like to tell you why.

These past three months have without a doubt been the best three months of my life. I’ve never been this happy. I’ve never felt this confident about a decision and so glad, in retrospect, to have taken the risk. It feels wonderful to have made this happen for myself, and I now feel like I can take on any other challenge by myself as well.

I’m unsure if it is the cause or the result of a life steeped in wanderlust and wanting to escape, but I love being by myself. I’m an introvert, I suffer from social anxiety, I’m fearful of new things. I’m a very unlikely candidate for a move to a foreign country, is what I’m saying. But here’s what I learned: The dream has to be bigger than the fear – and it’ll work out. I’m afraid all the time, of dozens of things, every single day. But if the dream is bigger than the fear, I push through. Moving to Sweden meant facing one fear after the other, but the dream was bigger than the fear. 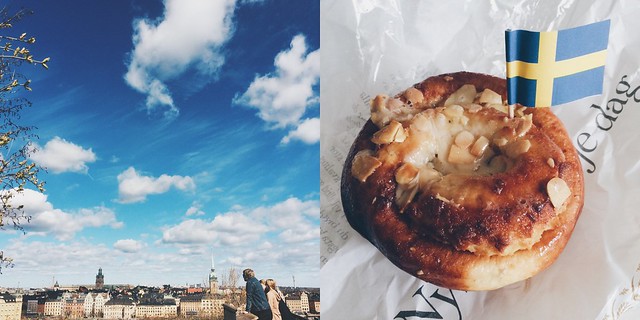 And you know what – since I’m getting all life-lesson-y about this, anyway – here’s another thing: Don’t tell your dreams to small-minded people. That’s a Steve Harvey quote, which is so random, I know, but it’s a damn good quote. I told people in my immediate environment about plans to move to Stockholm and they doubted that I, the introverted loner, could ever manage to attempt this. Surround yourself with like-minded people instead. Having a dream is not stupid or juvenile or idealistic – anyone who has made their dream come true will tell you that. I am telling you that.

In conclusion: Dream big. Dream up something overwhelming and impossible to do all by yourself, and dream beyond, to a place past fear and worry. Then go for it. Just do it. I promise you it’s worth it.