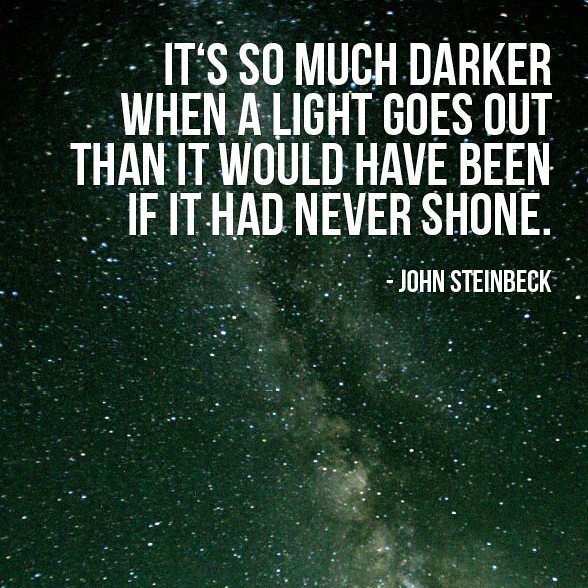 A few days ago, I got proof that my chosen word for this year was a good one, although I really didn’t need the reminder already, thankyouverymuch.

J and I found out last week that a friend of ours passed away before Christmas. It was a shock to say the least. Almost bigger than the shock of his passing was the way we found out though. Have you ever found out that someone died over the Internet?

I don’t recommend it.

The only reason we even went online is that we’ve been wondering for the last couple of weeks why he hadn’t gotten back to us and J was fearing the worst as it was so unlike him to ignore emails and calls for such a long time. Finally, J said what we both must have been thinking, “what if something happened to him?”

I protested right away and insisted that he must have been too busy over the holidays or something and that he would for sure get in touch soon. Or else, that there must be a really good reason for him to ignore J’s calls and that he would explain later.

Little did we know that he didn’t even live through the holidays and when J pulled up his obituary on Google on Thursday night, we were both in utter disbelief. It just couldn’t be. And it feels very surreal when you don’t get a call from somebody informing you about someone’s passing, but when you have to find out this kind of news by googling it.

When I woke up the next morning, I had to check if it wasn’t just all a bad dream. (We have in the meantime gotten confirmation from an actual human being, in case you were wondering.)

Either way. The start into 2015 went from really great to pretty shitty real fast. I can only hope that this is not a bad omen for the rest of the year.

As I said earlier, it was a reminder that the word I chose for 2015 (‘now’) was a good one. Do things you want to do now. Don’t delay them. Give someone a call today, because you don’t know if tomorrow will be too late. Let people know how much you care about them. Tell them how much they would be missed if their light didn’t shine anymore, how dark the world would be without them.

In our friend’s case, we won’t get this chance, but I can only hope he knew how much he meant to so many people.