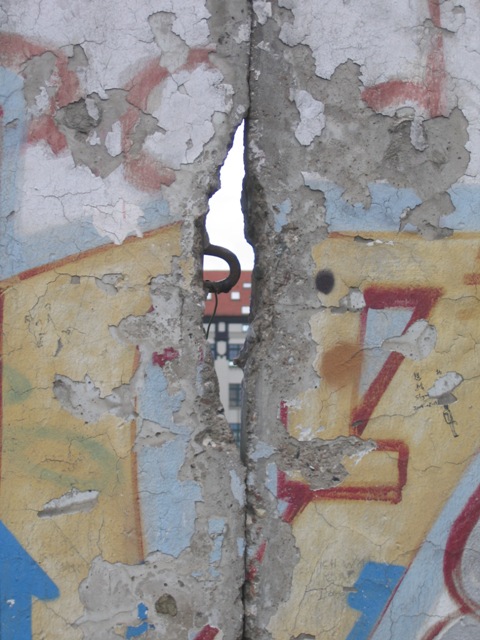 This photo was taken in 2006 when I visited Berlin. It was one of the stretches of wall that were still standing.

Yesterday marked the 25th anniversary of the fall of the Berlin Wall, a peaceful victory by people that took to the streets  and courageously resisted a dictatorship and started a peaceful revolution.

I was only thirteen when it happened. Too young to really understand the impact of what was happening, especially because my family lived in the far western part of (West) Germany, close to the Dutch border, and we didn’t have any direct connection (no family, no friends) to East Germany. Yes, of course, I knew about the “two Germanys” and I did understand that something “life-changing” was happening, but at the time, I felt more like a spectator than a “part” of this historical event.

Now, I have a lot of friends that grew up and used to live in East Germany and I’ve visited the united Berlin a couple of times since the wall came down. I am so very grateful for having the privilege of having those wonderful people in my life, and for that – admittedly selfish reason – alone, it was worth for the Berlin wall to come down. Every year I am reminded of that.

When I went to Berlin a few years ago, I obviously walked along the brick path that today marks the location of the former Berlin wall. It always reminds me a bit of the Freedom trail in Boston — similar concept — with the tiny difference that in Berlin, there actually was a 3.6m high wall in its place. Even though there were spots where parts of the wall were still standing (see picture above), it’s hard to imagine now that this wall ran through a very huge part of the city.

To honor the special historic anniversary of its fall yesterday, a Berlin light artist and his brother created the Lichtgrenze ( “border of light”) project. 8,000 luminous, white balloons, perched 3.6 meters (11.8 feet) high on poles – matching the height of the wall that divided the city — recreated the Berlin wall along its original path. The artist said that the reason behind the project was that it would trigger understanding of what it meant to have a wall in front of one’s door. This  is something I struggle with to this day. The wall was basically put up over night and some people woke up and couldn’t cross their streets anymore, because there was a wall there. Seems kinda crazy, right? 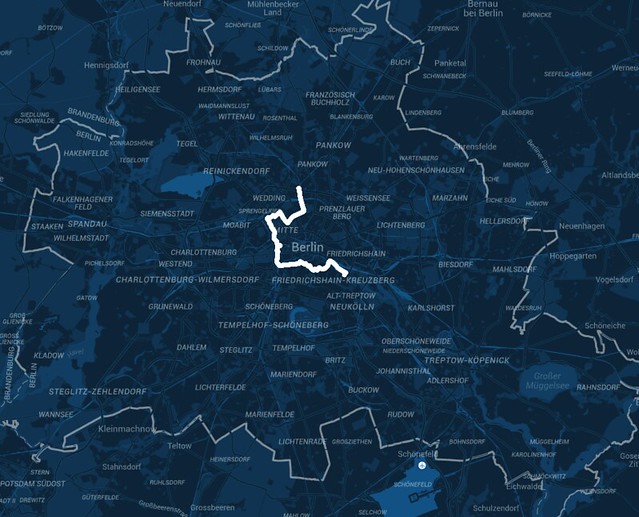 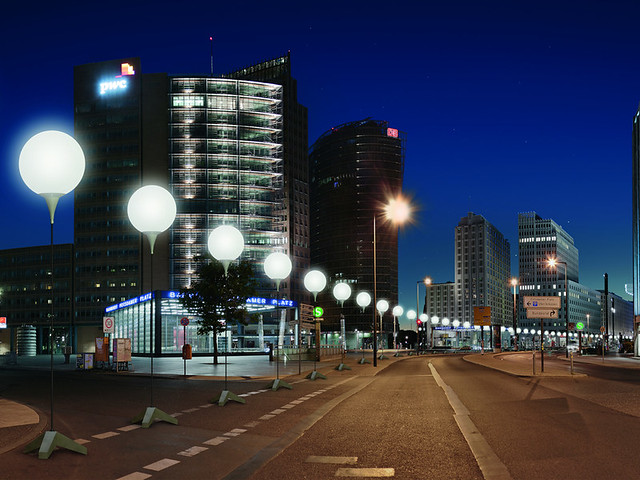 Last night on the 25th anniversary eve of East Germany opening its borders to the West, 8,000 citizens lined up to release the balloons which floated into the sky, one by one, carrying personal messages with them, symbolically reenacting the wall’s collapse. I can only imagine what a beautiful, emotional event that must have been.

I know it must be hard to comprehend how this, something like a wall dividing a city, was even possible. When I watch movies about East Germany, I find it hard to believe that that was the reality behind the wall… the spying on people, the censorship on literature and other media. (Here are a few German movies I’d like to recommend, if you are interested in the topic — and you know, would like an easy-to-swallow history lessons as a side benefit: “Goodbye Lenin”, “The Lives of Others“, “Barbara“, and “The Tunnel“. I think the first three are available on Netflix.)

By no means has the reunification been an easy one. To this day, there are still lingering east-west political, economic and social divisions in the city and country. Voting patterns in east Berlin and eastern Germany are different, and there is still an east-west income and wealth gap. 40 years have left their marks and are not easily wiped away. However, the unification of Germany is still one of the most important historic milestones of my country.

“The fall of the Berlin Wall showed us that dreams can come true – and that nothing has to stay the way it is, no matter how high the hurdles might seem to be.”  — Angela Merkel