Two weeks ago, I decided to do something completely by myself again. I don’t have a problem doing things by myself. I actually am someone who craves me-time quite a bit and I don’t need to be around people all the time. This is one thing when you’re at home just hanging out by yourself, but another thing if you go out and “do things” alone. Going to dinner, to a movie, or to a concert is still sometimes considered awkward by many people. But you know what? It also is liberating and empowering. I don’t have to rely on other people to come with me to have a good time. I can cherish an experience and know that it’s all mine.

So, two weeks ago, I just thought to myself: eff it, I am going! And THIS is where I went. NKOTB – The Package Tour. 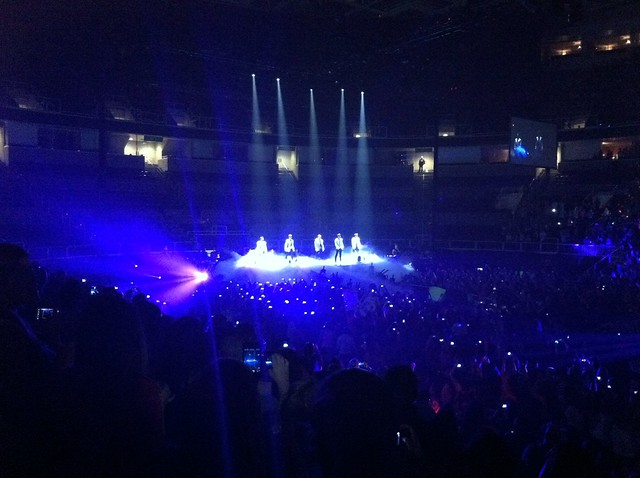 If this looks vaguely familiar to this post, you are right. I’ve done this kind of thing before. I am so totally over explaining or justifying why I go to these concerts. I’ve been a fan since 1989. This is more than 20 years. You do the math. I remember when my parents let me go to their first concert in Germany in 1991 and because of high demand, there were additional concerts added 6 months later. I bought a ticket for the second part of the tour right away and my Dad didn’t even believe I’d still be interested in them by the time the second part of the tour came around.
Little did he know that my loyalty would last a lifetime (he still likes to shake his head in disbelief – and a little twinkle in his eye – when I tell him I went to yet another concert! Haha!) 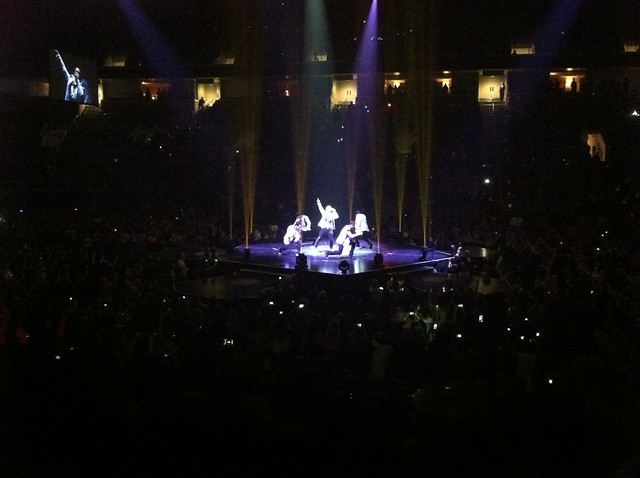 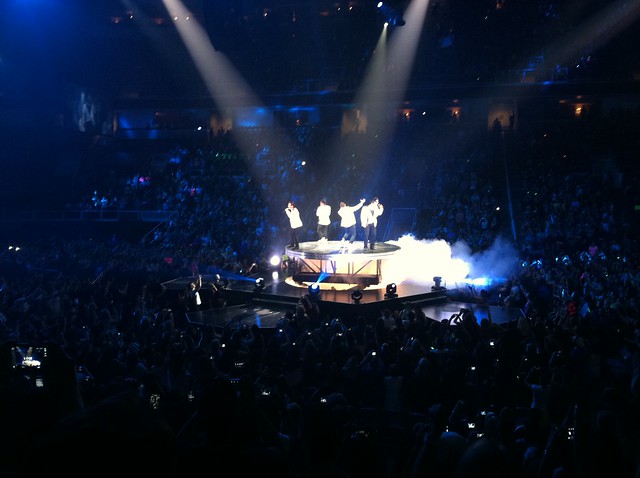 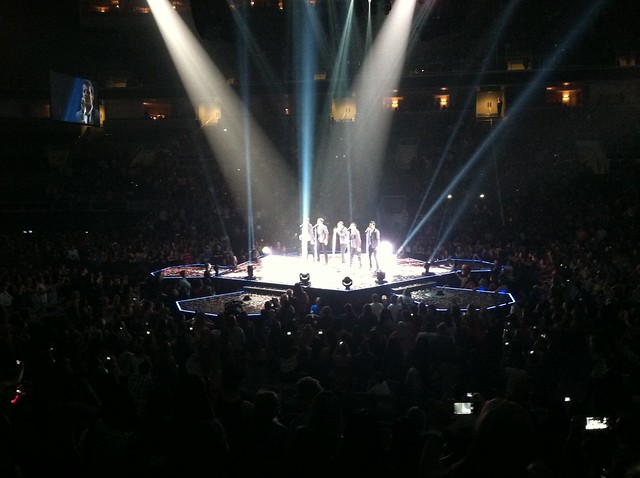 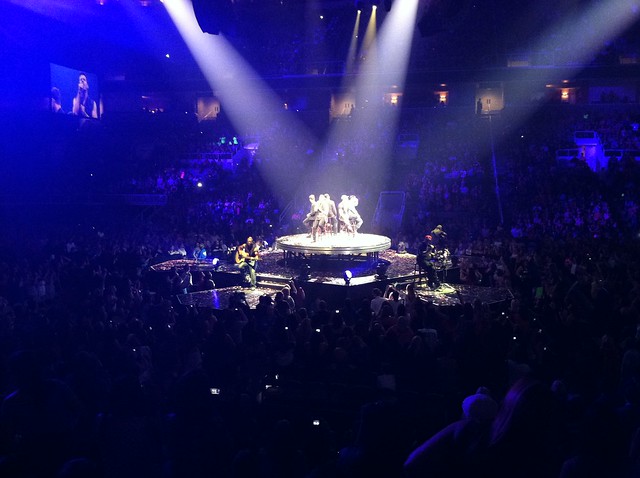 My BiSC-peeps will appreciate this video:

This I HAD to steal from youtube, because I was nowhere close enough to capture this. (Courtesy of Jonesdawnl) But, cue the heartmelt.

I truly and sincerely had the bestest time ever! I can not describe how happy those concerts make me. This time, NKOTB toured with Boyz II Men (which I was very (!) excited about) and 98° (not that interested in, but oh well). It was amazing to see Boyz II Men and NKOTB perform on the same stage, because they go way back to the late 80’s when both bands started out. What a once in a lifetime experience!
Now, confess: were/are you a NKOTB fan? Did you see the Package Tour? If not, there are still some tour dates left!