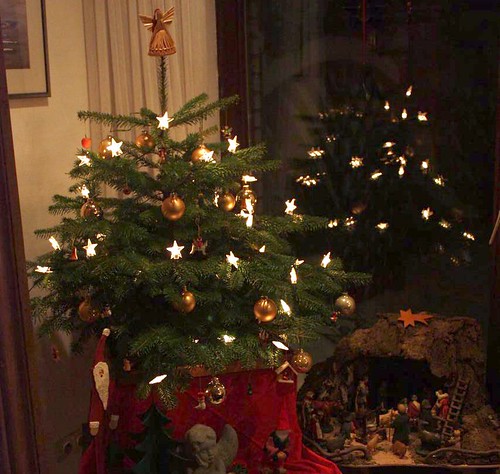 Everything was a little bit smaller (the tree), quieter and less extravagant this Christmas.

It all started out with a (new) thick white blanket of snow that had been spread over my hometown over night.

My Dad and I had to shovel snow on the morning of Christmas Eve. 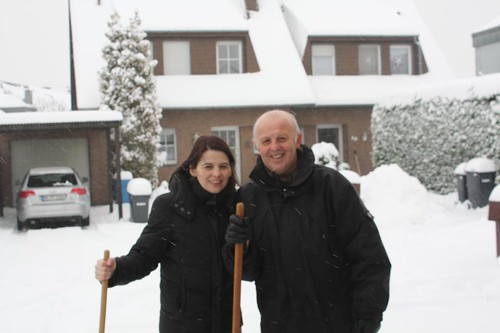 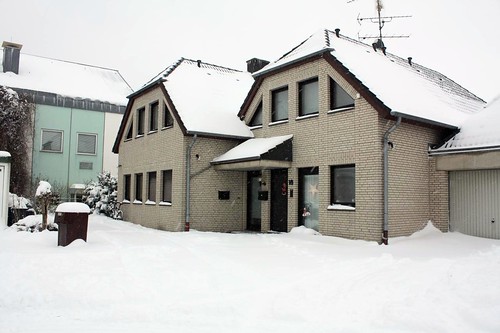 Two days earlier, I wasn’t even sure if I’d be home with my family for Christmas Eve, but the fact that everything turned out ok, that I actually was with them, can only be described as the best Christmas present ever.

Everything was a little different this year.

My Granddad wasn’t with us for Christmas for the first time, the snow almost prevented us from bringing my great-aunt over to our house. My parents, my sister, her husband and the kids all had been sick the whole week before and it wasn’t clear if we would be able to all get together for Christmas Eve, let alone the uncertainty if I was going to make it or not.

Due to my late arrival, I didn’t get the chance to make the “menu cards” that I traditionally make for our Christmas dinner (although, I’d like to mention that I did get to decorate the tree!) and the dinner itself  was only a trimmed-down version of what my parents usually conjure for Christmas Eve. 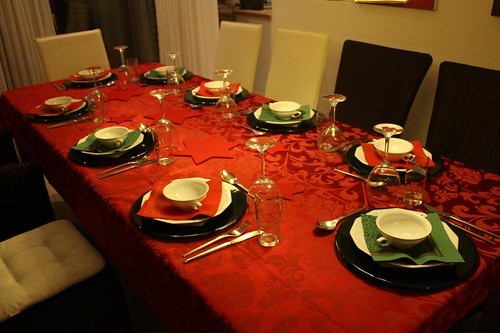 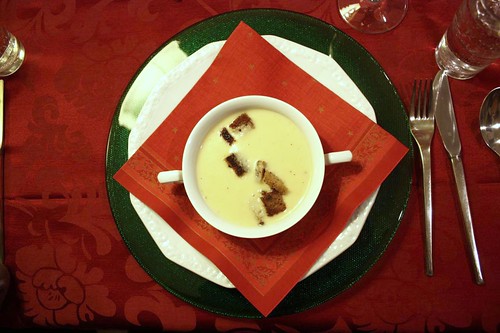 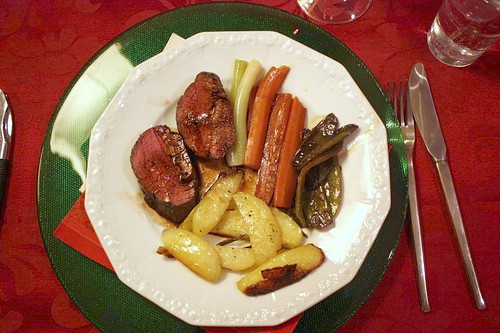 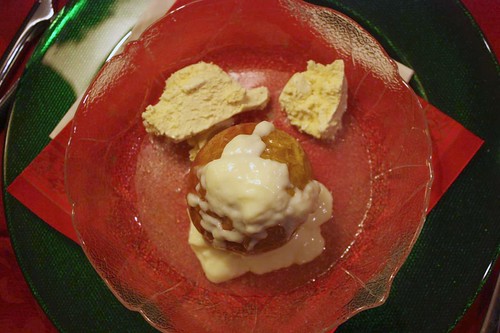 But all that didn’t really matter that much, because the most important thing was that we were all together for the holidays.

It was my parents, my sister, her husband, Greta and Tom, my great-aunt, my aunt, my cousin Basti and me (in case you were wondering, J actually got sick the week before our trip and had to cancel his flight) … and for our standards, this was considered a small group.

It was so special to witness Greta consciously experiencing Christmas for the first time and for me to experience Christmas through the eyes of a child again. Even though I doubt that Greta really understands quite yet what Christmas is all about, she was visibly awestruck and  humbled by the lit Christmas tree and the magical atmosphere that surrounds Christmas. 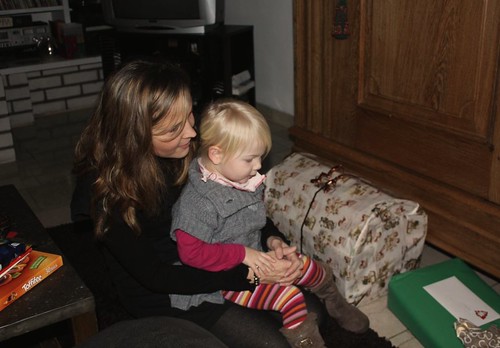 My sister didn’t want Greta to be overwhelmed by too many presents, so she had organized for her to receive one big present from the “Christkind“: a big wooden horse barn and several (toy) horses.

It was amazing to watch her excitement when she unwrapped her present. 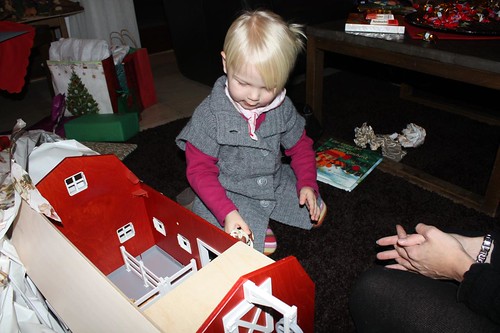 Tom, who’s only 9 months old, was relatively unimpressed. He was his cute little self and just kept reaching for the lower-hanging shiny ornaments on the Christmas tree. 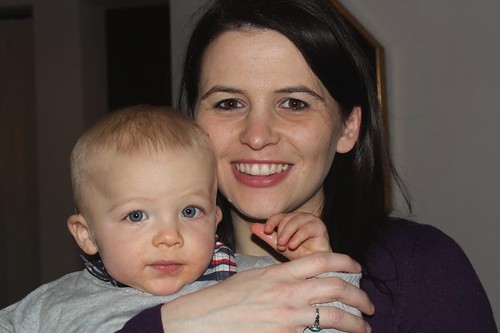 There was good food, good conversation, laughter and silent smiles directed at each other. I think deep down inside we all  felt how very precious this time together was, and nobody wanted to leave the family gathering prematurely so that we ended up talking until 3 a.m. in the morning.

Even though, my travel experience was frustrating (at best) and I just barely made it home in time for Christmas, it taught me a valuable lesson about what is really important and what from now on I just want to consider as “extra fluff” around the Christmas holidays.