The weekend was awesome. We were invited to Susi‘s and John’s wedding reception on Monday (Memorial Day) and since Ute and Justin came out from Connecticut as well, we were looking forward to more quality time with friends.

On Sunday morning, we drove to the Bay Area, picked up Ute and Justin and took them into San Francisco. It was freakin’ cold! I had thought about getting into the car in shorts and sandals, but fortunately remembered a) that SF is NOT the Central Valley and b) check the weather forecast (which confirmed the suspicion that SF would be about 25°F cooler than Sacramento).
The weather, however, can hardly take away the fun of hanging out with friends in one of the most beautiful cities in the US.

We started off with lunch at “Boudin Bakery” at Fisherman’s Wharf.  Ute had heard so much about it and we HAD to go there, and it was absolutely worth it. I had “Clam Chowder in a Bread Bowl”. 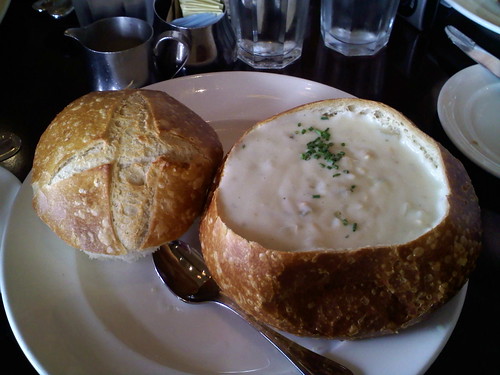 We sat and talked like we would hang out every weekend (which honestly, I wish we could!) and it was just a fun time.
After lunch, we walked over to the beach to take a glimpse at the Golden Gate Bridge, which unfortunately was hardly visible in the fog. 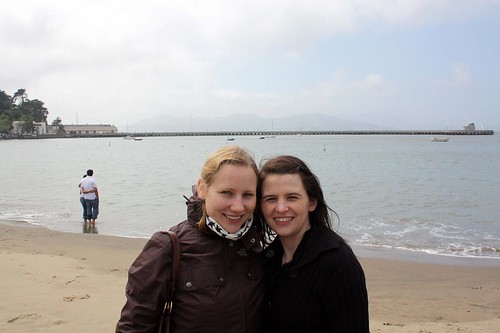 Then we took the cable car from Hyde Street to Union Square.

Ute did obviously not do her homework before she came to San Francisco, because she didn’t know about the Cable Cars, let alone some other SF attractions like Lombard Street or Pier 39. For me that leaves only one possible solution: they have to come back and visit again, because a day is really not enough time to explore San Francisco :)

We walked through Chinatown to North Beach, the Italian Quarter, where we had some coffee and cake/gelato at a little Italian café. Then we walked up the steep street to Lombard Street and then down back to Fisherman’s Wharf and Pier 39, where we visited the sea lions. 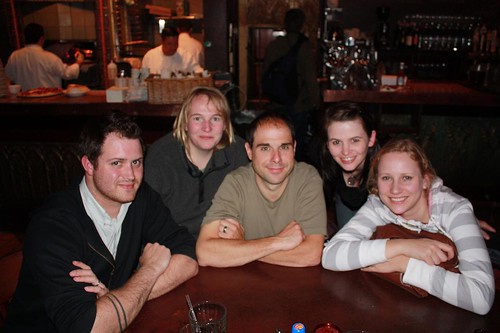 We met Susi and John for dinner in Berkeley at “Jupiter‘s” and then dropped Justin and Ute off at Susi’s house before we went to the motel where Susi had reserved a room for us.

Monday morning, we had to get up quite early to meet at Susi’s house for a quick breakfast. Then we packed up some stuff and shortly after 9 a.m. drove over to the location of the wedding reception, the Brazil room in Tilden Park. Beautiful, beautiful location. 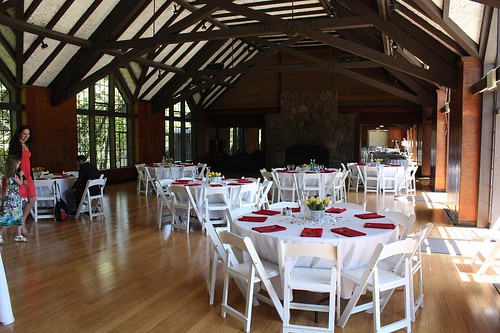 It being so early in the morning, it was still quite chilly, but Susi had obviously bribed the weather gods and just in time for when the guests arrived around 11 a.m., the sun came out (and Susi and I can prove it with our respective sunburns) and it was just the perfect day for a wedding. 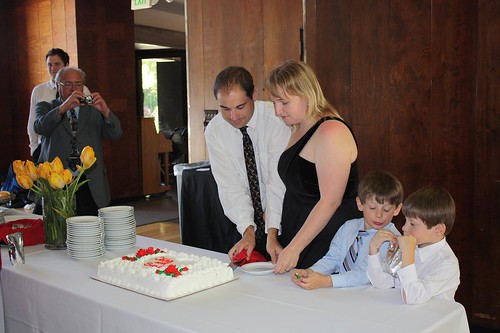 There were drinks and delicious appetizers, a great lunch buffet, Susi’s and John’s Salsa performance (way to go, you two!) and the cutting of the cake. To be honest, for my German taste the party could have gone much longer (it was only about 4 hours and it went by way too fast!) :) It was a lot of fun though and after we had helped cleaning up a bit, we hung out a little more in Susi’s and John’s backyard.