Last weekend was, in fact, not a weekend at all… if it hadn’t been for the Oscars. This has really been my only “fun activity” for the past two days.

Because I had to work overtime this weekend.
I stayed in the office until 10 p.m. on Friday and came in for another 5 hours on Saturday, all due to a deadline that we had to meet today.
I wasn’t particularly thrilled about it, but the good things are:

a) I’ll soon be done with a project that I’ve been working on for what feels like forever (a couple of months at least!),

b) I have earned some extra vacation time (which is always a good thing), and

c) my name will appear in an official publication for the first time. That alone is pretty exciting and worth the overtime.

Besides work, I had to run some errands on Saturday morning. After 5 hours at the office in the afternoon, I got home, had some dinner and then pretty much fell asleep on the couch and slept for about 14 hours straight. I was simply exhausted.

On Sunday I had to do some cleaning and filing at home and when I finally sat down on the couch to watch the Academy Awards, I had definitely earned it.

Here are the winners:

I personally really agreed with Kate Winslet and Sean Penn getting the Oscar for “Best actress and actor”. I love them both!
I also think that Heath Ledger totally deserved – even post-mortem – the Oscar for playing “Joker” in “The Dark Knight” (even though I still only have seen parts of it). Admittedly, I have not seen “Slumdog Millionair” yet, but I do believe that this film got too many Oscars. I actually like to see the awards distributed a little more. Therefore, I was really pleased with the award for best costume design for “The Duchess”. Have you seen this movie?

I watched it on the plane on my way back from Germany and even though I hadn’t heard much about it before and didn’t really know what to expect, I thought it was a fantastic movie and Keira Knightely should have been nominated for her performance. If you get the chance, rent the movie and check it out sometime.

P.S. Oh yes, one more thing:  I received my 10-year-Green Card in the mail on Saturday! That was quick! I am impressed USCIS!

I totally forgot to tell you: Three weeks ago, I had my Biometrics appointment and that should have been the last “bureaucratic act” for the next 10 years regarding my Green Card status.

… if they do send me my replacement card in the mail within the next 12 months *cross your fingers*
… if they do approve of all our “evidences of ongoing relationship”
… if they don’t come up with a weird reason to make J and me show up for an interview.

Oh, how wonderful that would be!
If all wentÂ right, IÂ should be a permanent “permanent resident” now.

Yeah, I am speechless. I received my Green Card in the mail today. Not even two weeks after getting here. I am pretty impressed ;)

Well, the “Green Card” is not really green. It has a green stripe on the back though ;)
I am supposed to carry it with me at all times now. Why? I don’t know, but I’d better do it.
Things are really falling into place right now. It’s a really good feeling. I hope things will continue to go smoothly.

I went to see my dentist today. One last visit before I will expose myself to the US health care adventure. I’ve had private insurance in Germany up until today. I was covered under my parents’ health care plan up to the age of 27, since then, because I technically was still a student, I was still covered by the same health insurance company.

Usually you can’t have private insurance in Germany unless you earn a certain income or work for the public services [teachers, like my parents, count as public servants as well] and there was no chance for me to get covered by the public health care system. It wouldn’t have covered me, because I didn’t have a job in Germany at the time. Since I had been with the private health care company for all my life and was still finishing my education, they made an exception. So, this has been quite convenient and I went to all my anual check-ups while I was here.

I am not giving up my insurance quite yet, but I know that I’ll have to get insurance in the US once I’ll be settled in. I am not really looking forward to finding new primary care physicians. Luckily, I don’t have a medical history or any medical conditions that have to be monitored. I had iron deficiency anemia 4 years ago, but I’ve had an anual blood check and my results have been ok, so I am not worried about that. There is no reason for any health insurance company to turn me down. I am glad that Jon’s Dad will be happy to help me figure that out. Any advice is, of course, highly appreciated. 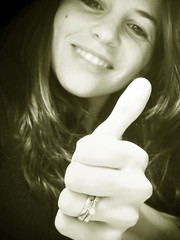 I had my Green Card Interview at the American Consulate in Frankfurt this morning. Wow, I was so nervous.
I got up at 3 a.m. after about 4 hours of not-so-sound sleep. My Dad and I left around 4 a.m. – it’s a 2,5 hour-drive to the Embassy in Frankfurt from here. I checked about three times if I had all the required documents that I needed.
We got to the Consulate at 6:45 a.m. – still 45 minutes before my actual appointment time. There were already about 15-20 people waiting in front of the entrance [= very typical situation].
My Dad and I had some coffee in the car [we had brought a thermos flask] and at 7 a.m. got in line as well. My Dad was allowed to accompany me into the building. I had to show my passport and appointment letter at the entrance booth. Then we went through security [it’s pretty much like at the airport!].

I received a number and had to sit down in the atrium until my number was called. At the intake window I had to turn in my passport, a completed application form and a passport-type photo. I had gotten my photo taken a few weeks ago at a local photo shop and I thought they were so ugly, because there are certain requirements for immigrant visas now [like “full-face photo including the hair, showing both ears, facing the camera directly… etc.], but thought there was nothing I could do about it. When I handed the lady one of the photos, she told me that she could not accept it. It had a light-blue background and part of my head was cut off. I had to obtain new photos [which, in fact, looked a lot nicer!] from an automatic photo-machine within the building. I was so pissed and I am definitely going back to the photo shop where I had my picture taken originally and tell them what I think of them for making me pay for photos that I couldn’t even use. I would only be half as upset, if they hadn’t pretended like they knew the new photo requirements for immigrant visas by heart. Morons!

Today I met with Ilka in KÃƒÂ¶ln. We had a fun day, started off with some coffee at the nearest Starbucks. [There are 5 Starbucks coffee shops in Downtown KÃƒÂ¶ln now – so we could easily have done some “coffee shop hopping”… well, we kind of did :)]. 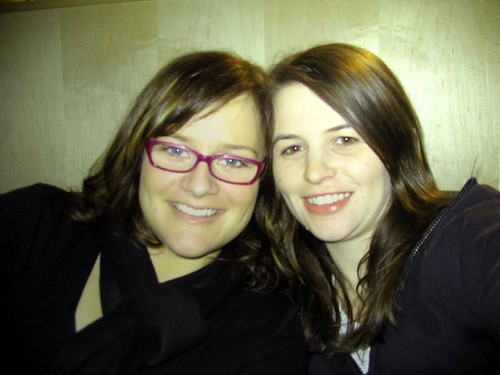 We went shopping for a little bit, had a yummy lunch at 4 cani della citta and later we had more coffee at Starbucks again :) I also bought the Cologne Starbucks mug, one of the Starbucks CityMugs Collectibles as a souvenir to take to LA :) Very nice and BIG mug! It was a fun day [and thanks for distracting me, Ilka]!

Now I am getting ready for the “big day”. Tomorrow I am going to have my Green Card interview at the American Embassy in Frankfurt. I have to admit, that I am a little bit nervous. I don’t really know what is going to happen there and I can only hope that I will have all the documents they need and all the answers that they want.
We’ll leave pretty early, so I’ll go to bed now. Keep your fingers crossed for me.