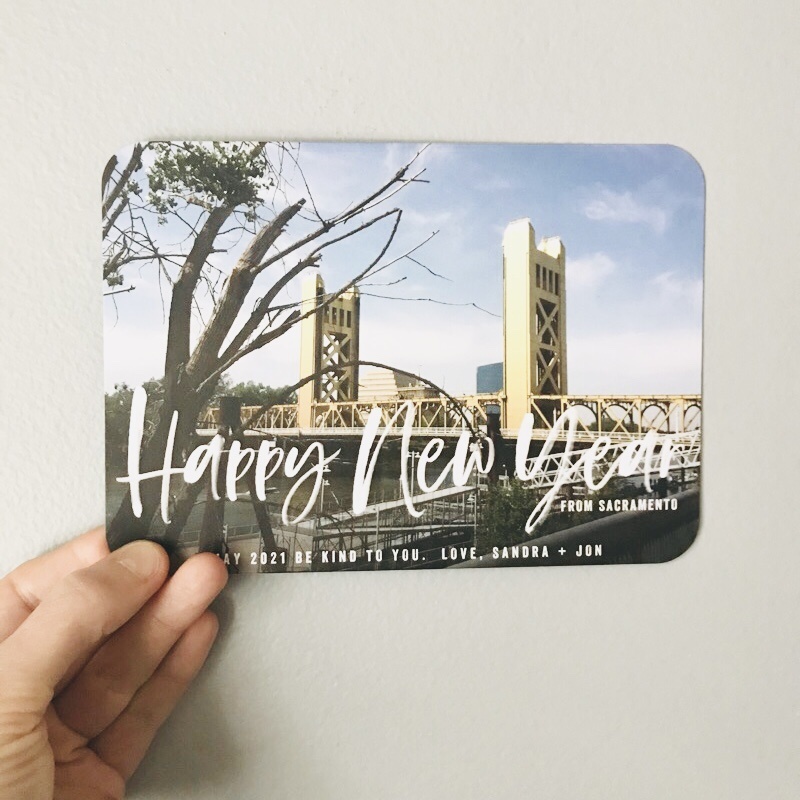 Happy New Year, friends. I hope you all arrived safely in the much anticipated year of 2021.

I always have a little bit of a delayed blogging start in January. I always feel like lots of posts revolve around resolutions, goal mapping, new intentions, and while I think about these things (often!), I don’t usually tie them to a specific date, especially not January, 1st, and yet, I always feel a lot of pressure to welcome this new blank slate appropriately.

No, things have not changed over night and we’ll still be in a pandemic lockdown for a while, but strangely, turning the page on the calendar this time around has given people a lot of hope.

I definitely had more hope for the future of this country after learning that Georgia wrote history and elected two Democratic Senators yesterday morning, hence, flipping the Senate and putting Democrats back in control in the White House, House and Senate. That’s huge! I think the only thing I am currently even more excited about is the fact that Mitch McConnell, if not gone from the Senate, at least will lose the position of Senate majority speaker. His turtle ass has done horrid things to this country and he needs to go.

More hope turned into less hope when I turned on the news and saw a mob storm the U.S. Capitol to stop the procedural confirmation of our president-elect Joe Biden as our 46th president. What in the world is wrong with people? I understand that people are not happy when their guy loses, but good god, did we get out on the street in 2016 and violently march on Washington when Hillary Clinton lost?

Trump talks about the 74 million people (HOW ARE THERE SO MANY TRUMP SUPPORTERS LEFT AFTER 4 YEARS OF CHAOS, HOW I ASK YOU? ) that feel betrayed (by a free and fair election, mind you), and completely dismisses the 81+ million that voted for Biden. I guess, basic math is very difficult for someone with a small p…  brain.

The two things I want to know are a) what were those people thinking? (And why weren’t they arrested, but allowed to even leave the building again, unharmed), and b) how the hell did they get into the building? Why wasn’t Capitol Police prepared for the mob that Tr*mp had been egging on for weeks? How did they not see this coming?

We all know and have witnessed the stark difference between how non-violent BLM protesters were treated and how law enforcement responded to the actual breach of the Capitol Building by (mostly) white people. Double-standards, is what you call this. If you can’t see that, I don’t know how to help you.

It was somewhat bizarre to see Congress resume session last night, as if nothing happened. While they eventually confirmed Joe Biden’s election win, some Republicans still objected to election results in two states.

In non-surprising news, Tr*mp officials and staffers have started to resign (why the fake indignation now?) and Facebook and Twitter have finally blocked Trump’s accounts yesterday, after Tr*ump addressed the rioters through a video message, telling them “I love you, you’re very special”. What it comes down to is this: people will have to be held accountable. Rioters have to be identified, arrested, and prosecuted for the crime they’ve committed. Senators and Representatives have to be held accountable by their constituents.

Apparently, Tr*mp released a statement this morning, promising a peaceful transition of power, but can we believe him? He’s not conceding and has put up roadblocks at every possible turn since election day. Everything he did led to the siege of Congress yesterday and he’s not shown any concern, consternation, or condemnation of what happened. So, I don’t trust one word that is coming out of his mouth.

I can only hope that we get through the next 13 days with our democracy intact. Joe and Kamala will have a lot of work to do. Lots of repairs before anything else. And I am afraid that they’ll have a hell of a time trying to unite this nation, if that’s even possible right now.