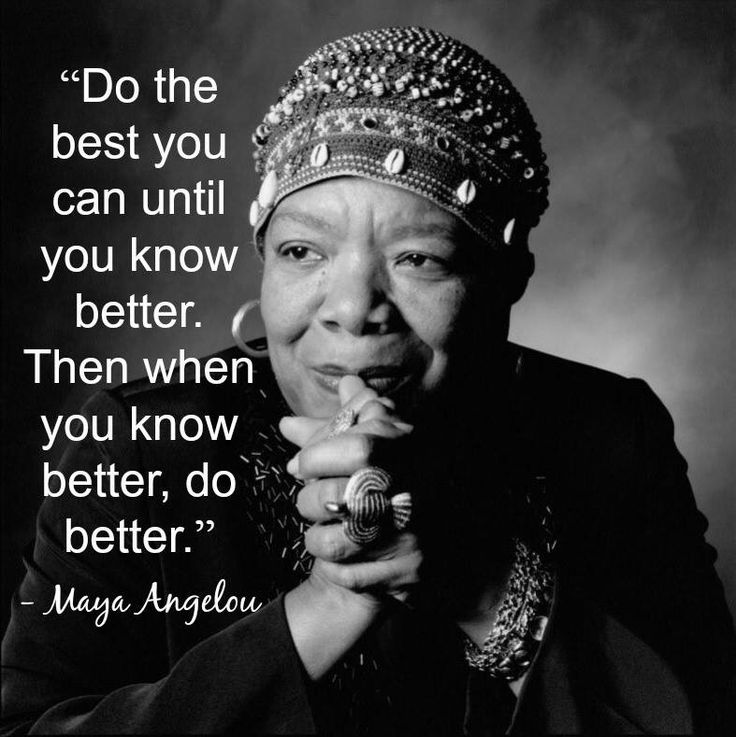 The last few weeks have left me sad, frustrated, and overwhelmed. I think those are valid feelings with everything that has been going on lately.

The death of George Floyd in police custody has ignited the nation, once again, and in the middle of a pandemic at that. And rightfully so.

Just recently, I ran in honor of Ahmaud Arbery, who was killed “running while black” by two white vigilantes in his neighborhood. It took 74 days for the two white men to be arrested. Then, I heard of the shooting death of Breonna Taylor, who was killed “sleeping while black” in her own apartment when officers burst into the apartment to serve a search warrant (for a person that, at the time, was already in custody). Then, the killing of an, already handcuffed and on the ground, black man in Minneapolis. Even more recently (as of Friday), another black man, Rayshard Brooks, killed by police after a DUI test.

None of this should have happened. None of these situations warranted lethal force.

I can’t tell you how many times I’ve sat down to write this post in the last couple  weeks. I didn’t know if it’s my place to say something, but not saying anything about the current happenings feels wrong, too. I am generally a person that doesn’t tolerate injustices well. How come these things keep happening and nobody bothers to do anything about it?

I know how that sounds. Like, who over there let that happen?

And yes, with “nobody”, I do mean our elected leaders, who have the power to really bring change by implementing laws and policies and making sure that everybody abides by these rules, law enforcement included.

But I understand, it’s systemic. And how do you change a system? From the inside out. It really starts with every single one of us, with the decisions we make, or maybe more importantly, don’t make every day in our immediate surroundings to help bring about that change that we claim we want to see happen. The decisions to stand up and speak up in situations of injustice.

Most of us probably wonder, who are these people that chased Ahmaud down the street and confronted him? What went through the police officer’s mind, who had his knee on George’s neck for such a long time?  We’re baffled and (justifiably) horrified. But let’s not talk about the people that openly display racism (although they’re obviously a problem), but instead let’s address the often unconscious bias and racism within ourselves.

What can I do, you might ask? Believe me, I have asked myself this question a lot.

I am not a racist, you might want to say. But are you anti-racist, someone asks back.

I listened to Trevor Noah’s video the other day and he talked about society as a social contract between people, where everyone agrees to abide by the same laws and a set of societal norms. But what if, for some of us, this contract is being violated over and over? Or, more truthfully, for whom a different kind of contract seemed to have existed all along?

Why are we okay with this? Well, honestly, I am not okay with this, and I know many others aren’t, but just saying that is really not enough for it not to continue.

To be made to feel like you are part of the problem, is uncomfortable and might feel wrong, I get it, but not facing the possibility that we’re part of a system – actively or passively – that perpetuates discrimination against BIPOCs, is complicity, if you want to acknowledge that or not.

It’s easy, so very easy, to think “oh, but I am not doing any harm to anyone”, just because you don’t call someone a swear word to their face, or because you’re not that person that had the knee on George Floyd’s neck. It’s easy to think of yourself as an ally, just because you have a black friend. But it’s not enough.

I’ve been reading and listening to (more) black voices (mostly on Instagram) over the last few weeks and days. I’ve shared posts/stories that I felt really got to the root of what is ailing our society, but this pretty much put it in a nutshell:

He hits the nail on the head. It is OUR issue to solve and we have  to push for changes and change our own behaviors. It’s not our fault that we were born into white privilege, but it’s our responsibility.

I used the word ‘ally’ above. It’s not a word that is embraced by all. Explained like so…

“Allyship [is not the goal] because it comes with too many conditions and implies that this work for you is optional, aspirational, intellectual, personal development; when it is actually your responsibility.” (Monique Melton)

I understand why some think the label could be a problem, although it’s often used. The Merriam Webster definition for “ally”  says it’s “a person or group that provides assistance and support in an ongoing effort, activity, or struggle”. It’s not wrong by definition, we’re asked to do work that we’ve previously might not have been doing, but we can’t call ourselves “allies”, only the black community can give us this label.

I am not under the illusion that we can eliminate the fact that people of different races and ethnicities look different. To say ‘we don’t see color’ would not only be wrong, but missing the point. However, we’re all humans and the end-goal has to be to not just be allies, but treat each other as true equals.

Allyship sounds like something one can achieve, but true equality work never ends, because it’s what we will have to do every single day until it’s second nature, damn it.

Since we’ve all been pushed outside our comfort zone in the last couple of weeks, be it because of sadness about what has happened, a feeling of guilt that we have previously chosen to ignore, or simple discomfort of yet “another issue” to deal with on top of the ongoing pandemic, why not take advantage and continue the work that needs to be done. We’re outside of our comfort zone already, we might as well seize the moment. It’s pretty clear that 2020 will be judged by the history books!

Am I afraid to screw up, use the wrong words? You bet. But that’s not an excuse, and maybe the wrong words are better than no words at all. I am open to dialogue and willing to listen and learn. If someone calls me out (in fact, I’d expect that to happen) that’s okay, too. It’s an opportunity to learn and do better. 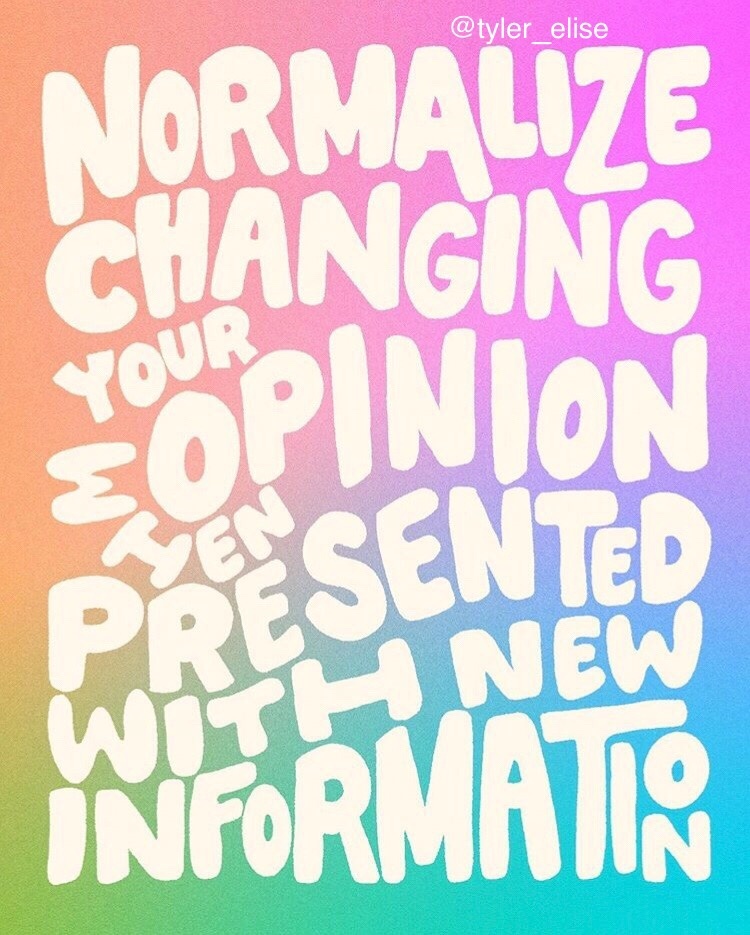 It’s easy to just post a picture or post a blog post (like this one) and be done with it. I acknowledge that. This is merely the first step. Silence is complacency and complicity. So, while I am not an expert on anti-racism by any means, I also don’t want to be silent. Maybe it’s time for white people to speak up and take some responsibility, have some uncomfortable conversations.

It’s going to be a process, people, but we have to be willing to start it.

It’s time to be uncomfortable.

I am sure you’ve been seeing a lot of resources on the Internet already, or hopefully sought them out yourself (I, for sure, started a running list), so I won’t repeat them here.

You already know where to donate and where to sign petitions. I don’t have to list all the same links here again (a quick google will point you in the right direction also).

I do want to share a list of accounts that I have followed (for a while or just recently), because I think this is where the really important work lies. It’s great to donate and sign petitions, but the real work has to happen with ourselves.

This is not a comprehensive or even hierarchical  list. I am sure I am missing important voices (please point me to them!) but these are just some of the accounts I came across and found extremely educational and helpful. Some of these are just “regular” people sharing their voices, some are speakers and activists which offer more comprehensive resources to educate ourselves. Be prepared for some blunt words, but also eye-opening content.

Let’s take some time to read, listen, absorb, connect. Let’s do the work.

Phew, if you made it to down here, kudos to you. I didn’t know how to keep this short(er), and I know I’ve been rambling, and still feel like there is so much to address, talk about, unpack. Hopefully, we can have more – probably uncomfortable, but honest – conversations to keep this momentum going.