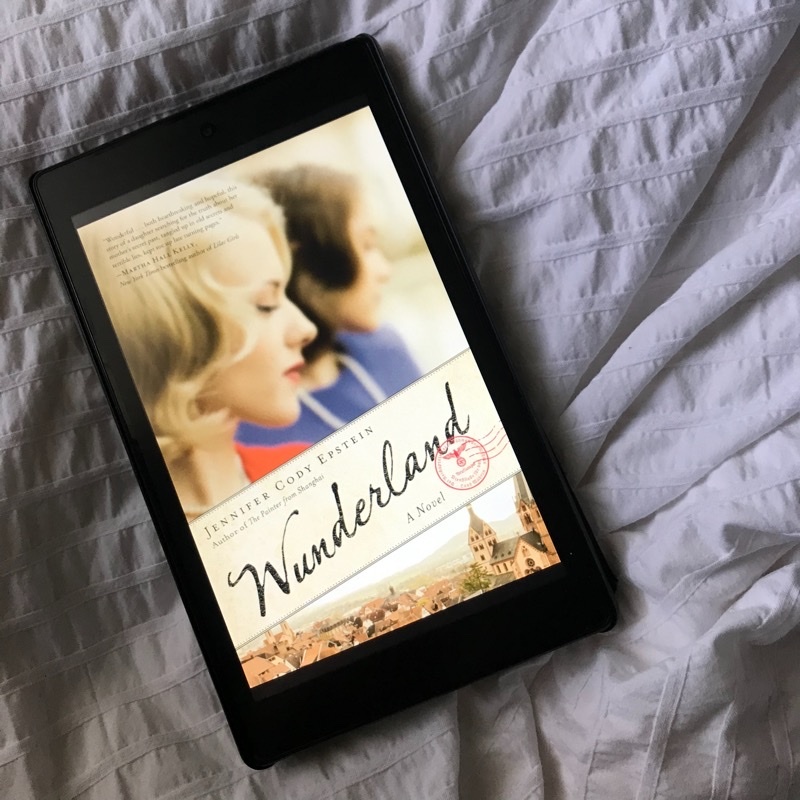 Oh October, what did you do to my reading? You went by too fast, that’s what you did. I started my one book for October on the way to Germany and then barely finished it by the time Halloween came around. But hey, one book to review. It’s something.

I actually give this book 4.5 stars. I was wary to read yet another WWII story. While I think they’re important, they’re also difficult to stomach. This book isn’t an exception, but Epstein was able to surprise the reader with a new perspective.

The book is about the friendship between Ilse and Renate, who grow up in pre-war Berlin, and Ilse’s daughter Ava, who struggles to learn about her family’s history. The book begins in 1989, shortly after Ilse’s death, when Ava finds out about Ilse’s long-held secrets through a stack of letters from Ilse, addressed to Renate. The story then heads back in time, to Berlin in the late 1930’s when Ilse and her best friend Renate are teenagers. Through their eyes, we learn what life was like for German citizens leading up to and including WWII. The book bounces around then, from the past to the present, from  character to character, unfolding their interwoven story. It’s not a quick or an easy read, but it’s captivating nonetheless.

As each chapter unfolds, we get closer and closer to an answer to the ever-present question: how was it possible that decent people, who were unfortunate enough to live during Nazi time, got swept up in an ideology they should know to be wrong and turned against their own friends and neighbors? How did they rationalize what they were doing, how could they believe that they were working for “the greater good” of their country?

Epstein does a great job showing just how seamlessly the isolation of the Jewish people happened in Germany, and how the German population almost unwittingly fell in line with the propaganda. She doesn’t shade the horrible truth that was the consequence of their decisions, but not many WWII books try to give a glimpse of the dilemma people were faced with. The takeaway here is, that it never starts with the camps. It starts with a few people sowing seeds that then develop into believed truths and lead to action, and sadly, this is more relevant to note today than ever.

I felt the ending was a bit rushed, and there were a few questions left unanswered, which sometimes irks me, but overall this was a fantastic read that I would recommend, if you’re into WWII books.

What did you read in October? Anything you’d like to recommend? Leave a comment, and then add me on Goodreads to keep in touch.