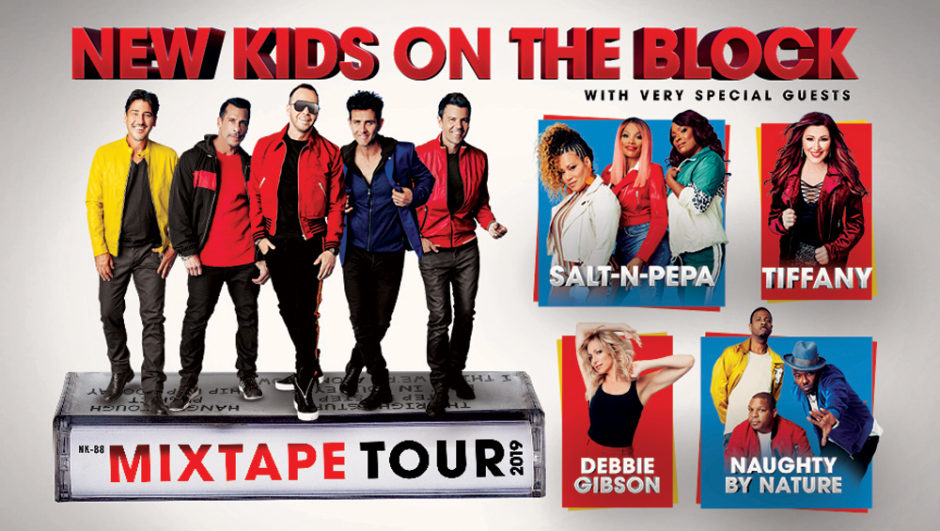 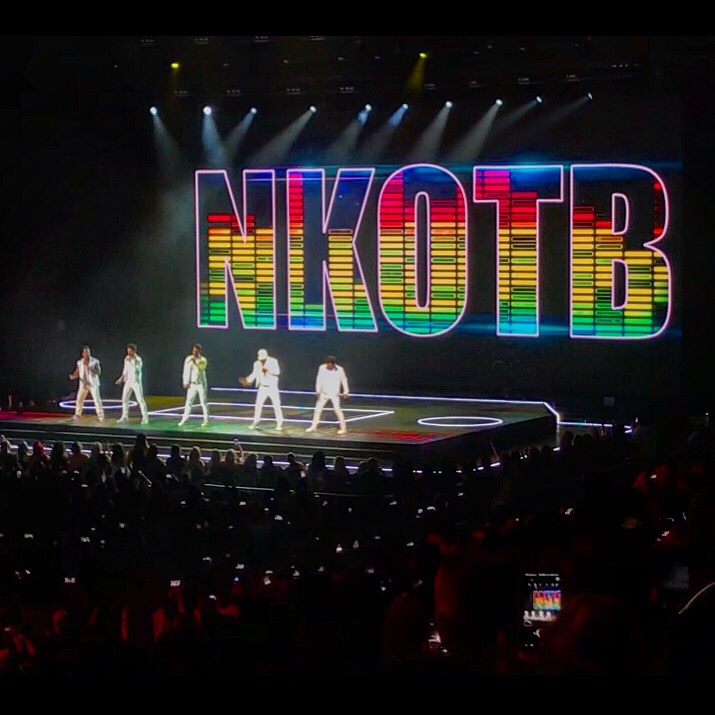 Oh yeah, NKOTB came through my town again a few weeks ago and you can bet your patootie that I had tickets. Well, actually not just me, but J came with me this time. Voluntarily, I might add. At his own request. You see, he has been to NKOTB concerts with me before and contrary to popular belief, he was not the only guy there.

I’ve seen NKOTB a few times in previous years (recaps in here, here, and here). This time around, NKOTB’s Mixtape tour featured not just NKOTB, but a few other artists from their early years (mid- to late-80’s), Tiffany, Debbie Gibson, Salt-n-Pepa, and Naughty by Nature. 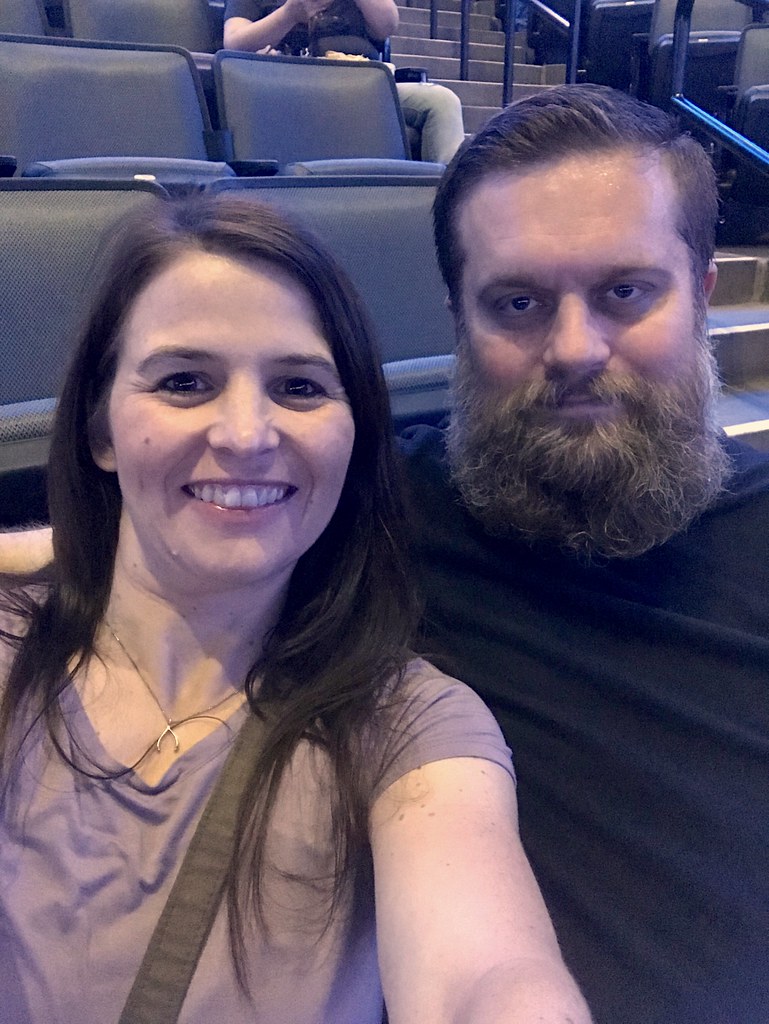 Of course, I was most excited to see NKOTB perform again, but it was fun having a few other performers do sets in between. Reminded me of my festival days where I saw so many awesome bands play on the  same day!

I thought the stage light show was on point with all the light displays that reminded of old tapes, equalizers, and the like. And of course, their performance thrives on some old dancing routines, interactions and participation with and of the audience, and some good old clapping and arm waving. 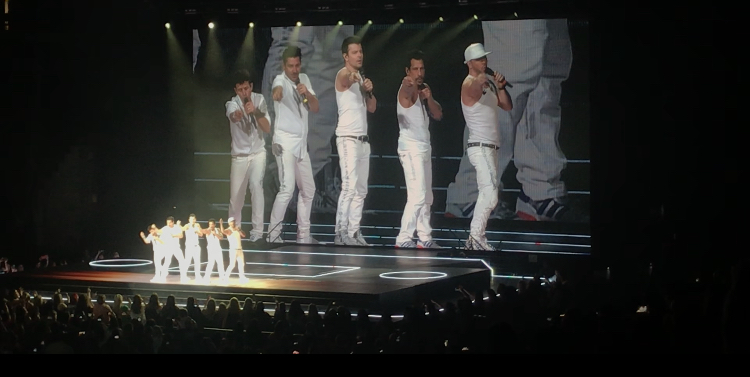 I really love how they always interact wit their fans and how the reiterate and acknowledge every single time that they’re only able to continue their careers  – and yes, still perform as a  ‘boyband’ 30+ years later – because people still continue to show up for them. Us blockheads, we’re the real deal. 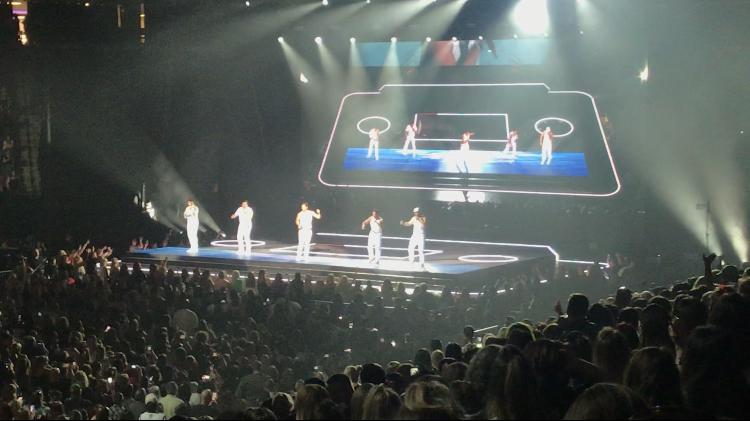 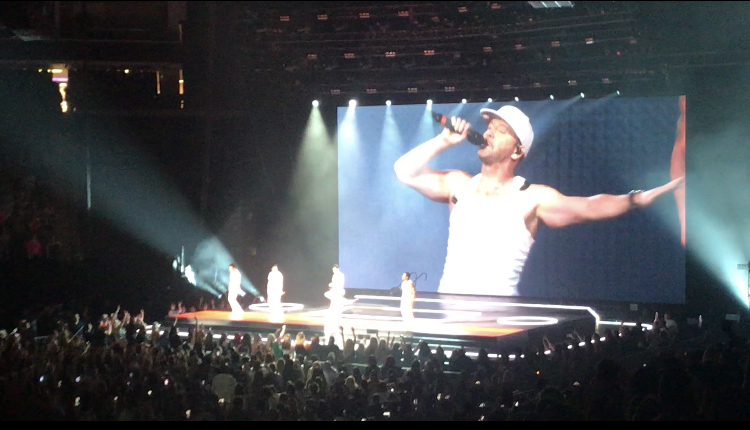 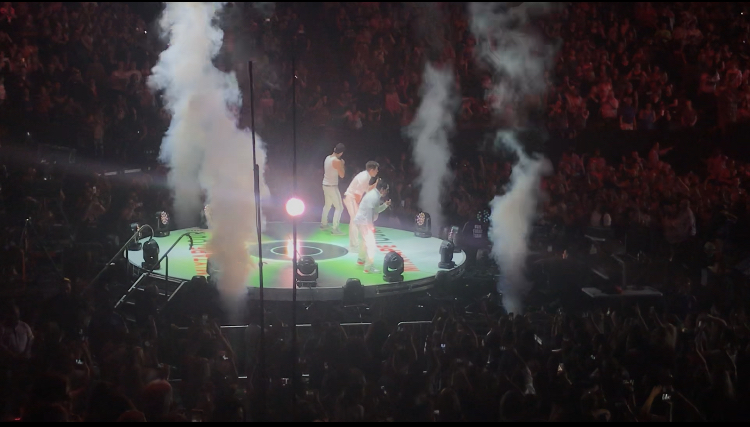 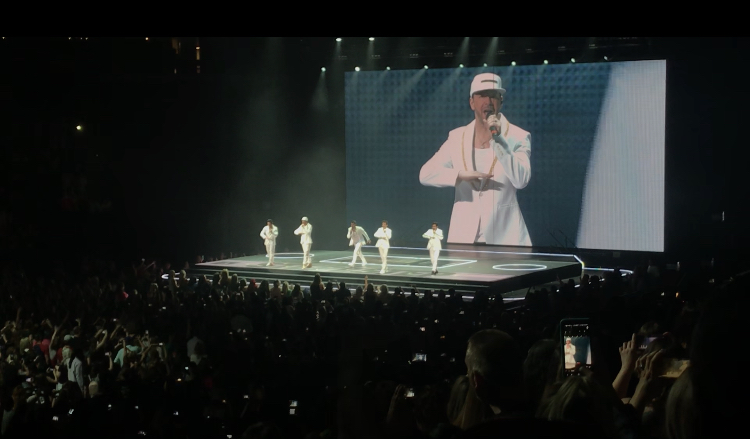 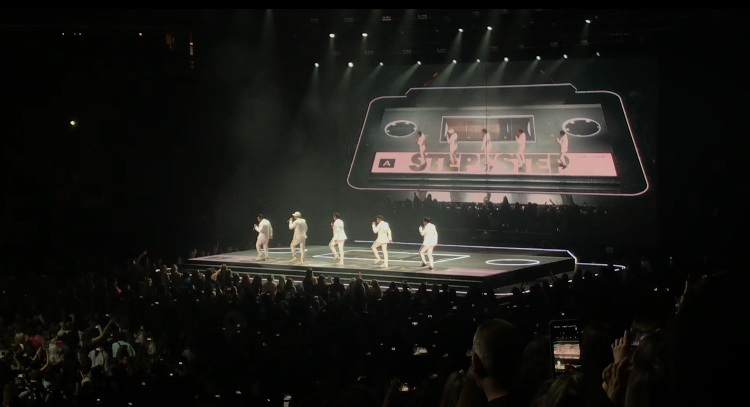 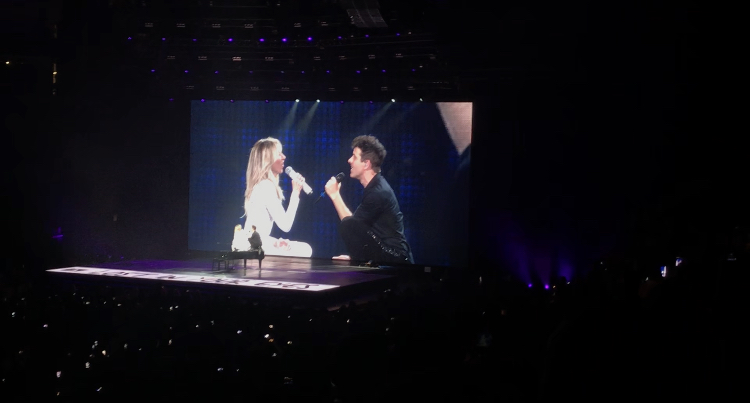 Debbie Gibson and Joe (in duet)

To be honest, I didn’t know much about Debbie Gibson and so her songs were unfamiliar to me. Still looking amazing for 49 though. 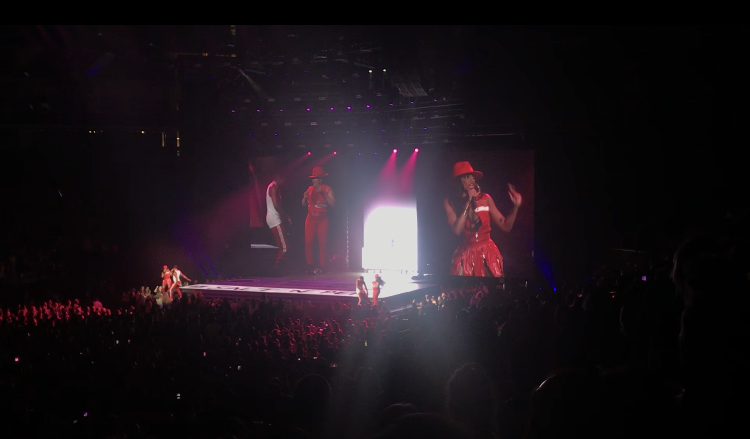 Who doesn’t remember their  songs “Let’s talk about sex“, “Push it“, and “Whatta man“? 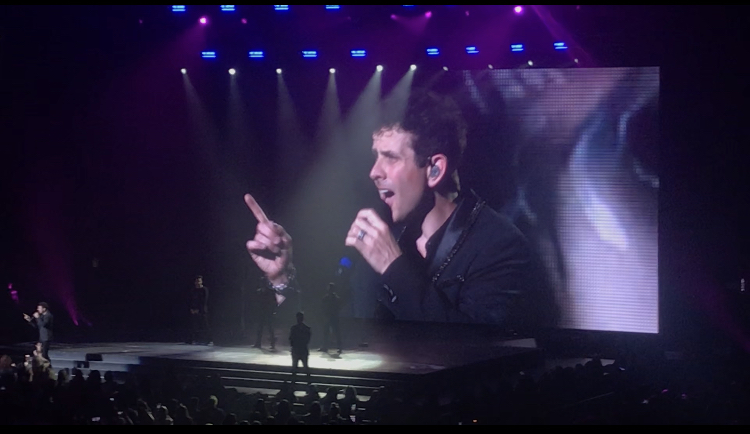 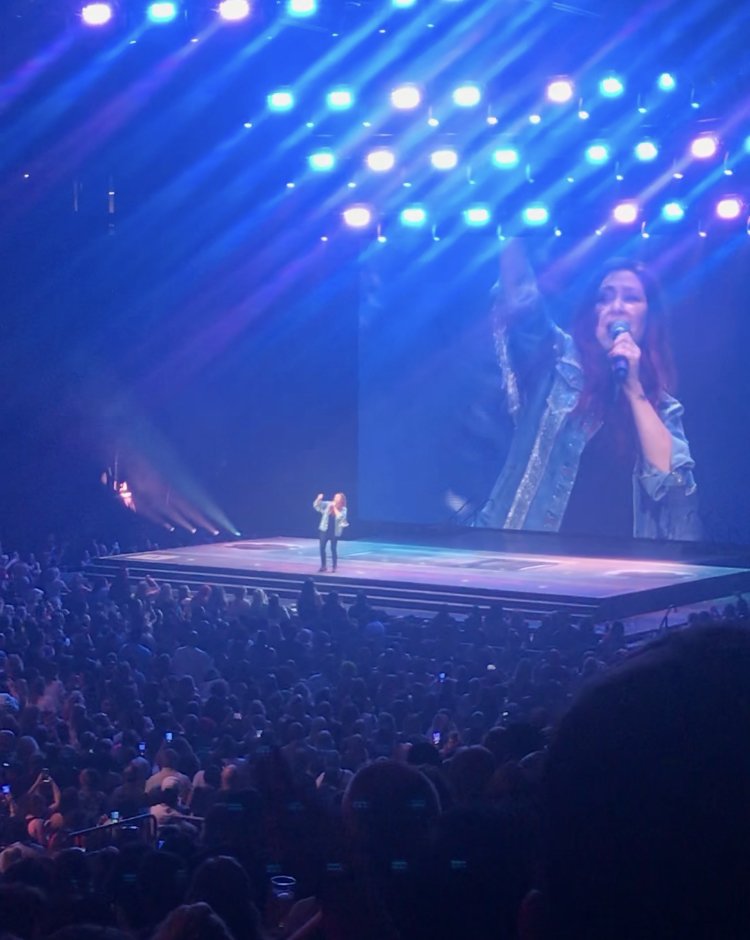 The only song of hers I remember is “I think we’re alone now“, but I thought she had a great voice and is still a great performer. 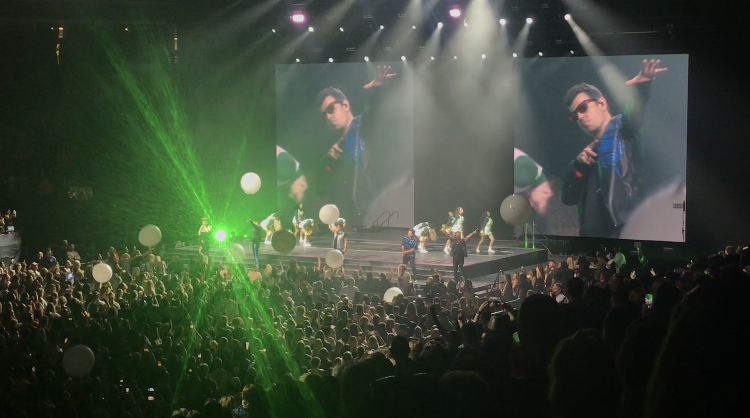 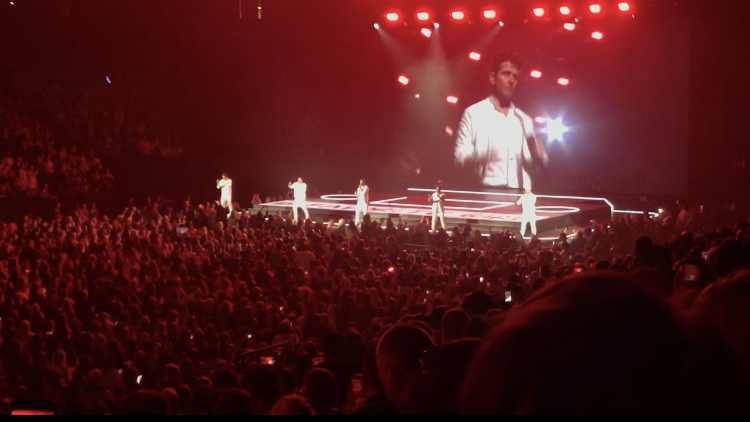 NKOTB  played some new songs, some oldies-but-goodies and it was one hell of a party. I said it before, I think they have become better entertainers with age. Is their music the greatest? No, I never claimed it is. It’s pop stuff and everybody knows it, but people love earworm-material.  And the sound level in the arena confirmed this.

And after the show, Joe posted this on his IG stories… 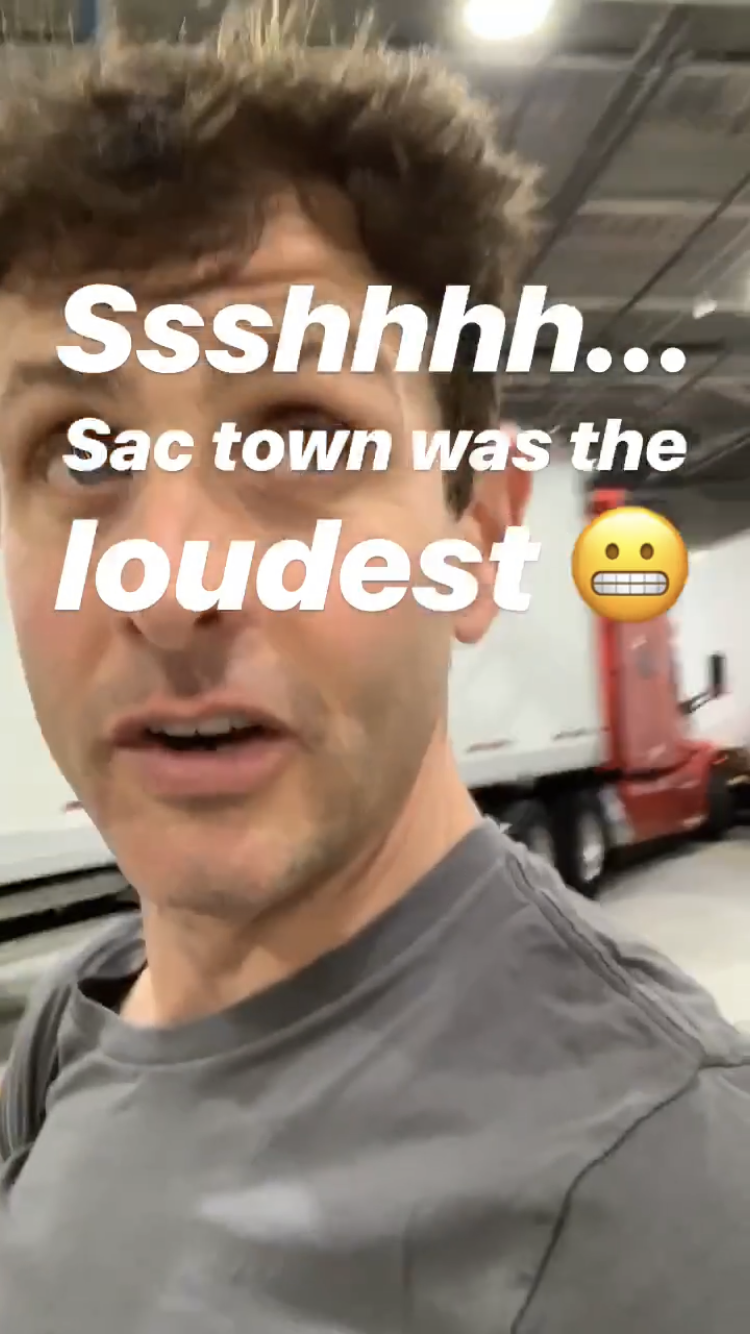