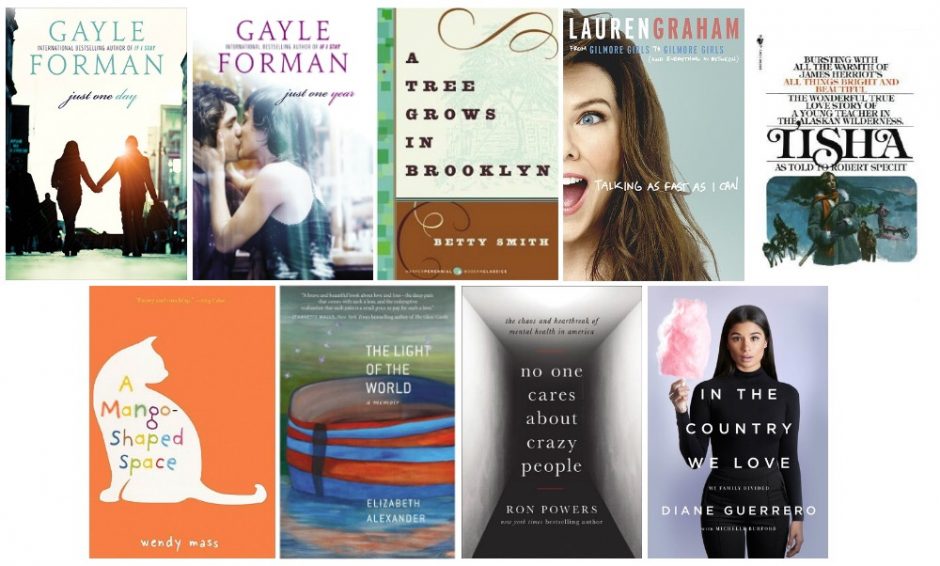 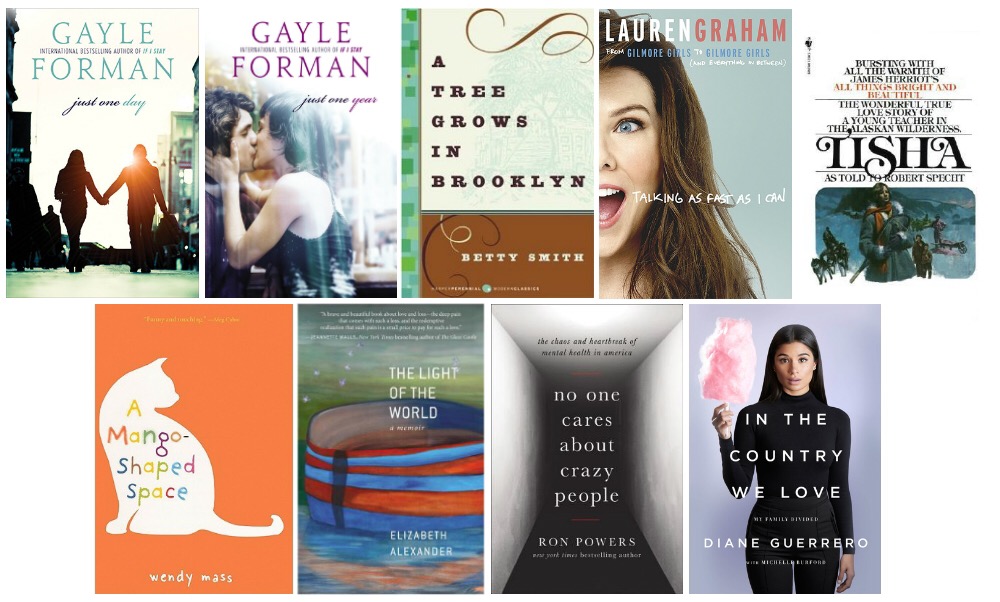 Another solid reading month for me. Sometimes I turn around just to make sure there is no clone that is doing all that reading for me, or something. I still can’t quite believe how I have turned my reading life around in the last 4 months.

I read 9 books in April. All of them were great picks, I am happy to report. Two books were picks from book clubs I belong to (one online, one postal), the others were books from my to-read list (recommendations I have found on others’ reading lists or just randomly browsing the Internet). I usually read whatever becomes available first at the (digital) library and it’s been a mix of fiction and nonfiction this month.

I did enjoy this book, albeit quite a bit of eye-rolling along the way. Allyson and Willem meet by chance when Allyson is on a trip to Europe and they decide to spend a couple of days in Paris together. (The plot reminded me a little of the movie “Before Sunrise”, although this story didn’t quite compare. But then, I LOVE and adore “Before Sunrise” and anything similar would have a hard time measuring up.) I was a bit annoyed by both characters at times, although the story did keep me engaged and I was curious to find out what happens to the two of them.

This was the sequel to “Just One Day” and I guess I read this second book to find out more about Willem, who seemed to be a little bit of a jerk in the first book. The telling of his side of the story did answer some pressing questions that I did have at the end of “Just One Day”, but part of me also was a bit bored with him and I wish I would have seen more personal growth in him over the course of that year like we saw in Allyson in the second half of the first book.

I read this book, an American Classic, for my (online) book club and I am so glad that someone suggested it. It was a really good read and surprisingly, I hadn’t even heard about it before. The book tells the story of Francie Nolan, who grows up in the slums of Williamsburg at the turn of the 19th century.  It was a bit of a slow start for me, but I am so glad I pushed through because I really came to appreciate Francie’s story and the struggles she and her family faced and it was a great reminder that being a woman, our fears, hopes and dreams, are the same now just as they were a hundred years ago.

If you’re a fan of Gilmore Girls and Parenthood, this is a must read. I’ve read this and had Lauren’s voice in my head the entire time. I love her personality, both as herself and the characters she’s played, and through her successes she seems to have remained personable, down to earth and ready to poke fun at herself. I really enjoyed this book.

Tisha: The Story of a Young Teacher in the Alaskan Wilderness by Robert Specht (★★★★☆)

This book was the latest book I received through my #PostalBookclub and it’s a book I probably wouldn’t have picked up if I had come across it. Once again, judging books by their covers is something that I am trying really hard not to do and this was a good example. The book is based on a true story of Anne (Tisha = “teacher”), a young woman who goes to Alaska to teach in the wilderness for a year. To think that a woman of barely 20 years of age would have the guts to not only stand up for what she believes is right but also stand up against racism and prejudice  during a time when Indians were openly discriminated against and when the status of women in society was still considered second class. It’s a fascinating tale of hardship, survival and personal resistance.

This is another YA novel (I’ve read another book by Wendy Mass earlier this year) and I really enjoyed this story about Mia, who lives with synesthesia, a mingling of the senses. She sees sounds, numbers, letters, names, etc. in color and the book is named after her cat “Mango”, because Mia associates her cat’s breathing with the color orange. While the story touches on many other aspects of growing up besides the synesthesia (death, grief, friendship, first love), it ultimately is about accepting who you are and coping with the harder parts of life.

The Light of the World by Elizabeth Alexander. (★★★★☆)

This memoir reads like a collection of journal entries through which Elizabeth Alexander is trying to cope with the unexpected loss of her husband Ficre [pronounced FEE-kray] Ghebreyesus at age 50, their incredible love story and his legacy. Their relationship almost reads as “too good to be true”, but I think she didn’t mean to be untruthful (as I am sure they also had struggles like any other couple), but was able to beautifully capture the many unspoken things that make a relationship and to focus not on the ordinary, but the exceptional in each relationship. It’s also a testament to love, friendship, and parenthood and an acknowledgement that even the best things must end and that we should not despair, but be thankful for every minute that we get with loved ones.

No one cares about crazy people: the chaos and heartbreak of mental health in America by Ron Powers  (★★★★★)

Whew. This was a tough book to get through, but it was also so good and vitally important. This book just came out, but I urge you to put it on your to-read list. Ron Powers talks about the history of mental illness (in general) and schizophrenia (in particular) because both his sons were afflicted with the illness. His younger son committed suicide as a result (or consequence) and his older son’s onset of schizophrenia was triggered by a traumatic life event, or so Powers believes. The book alternates between scientific-historical chapters and Powers’ very personal experiences with mental illness in his family. I wish he would have elaborated a bit more about the immense toll the broken system (medically and legally) takes on families. This book will break your heart and make you shake your head in disbelief, but it will also raise awareness for the mental health crisis in America and the dire need for advocacy.

In the country we love: my family divided by Diane Guerrero (★★★★☆)

This is a very important story to hear, now more than ever. Reading the account of how a family was ripped apart by the US immigration system (and a 14-year old girl, an American citizen no less, left behind to fend for herself after her parents were deported) will open your eyes and hearts to a crisis that must be fixed, not through “rigid law enforcement” and building walls, but on a flexible, case-by-case basis and in a compassionate way that doesn’t forget that we’re dealing with human beings.

What was your favorite books this month? Leave a comment, and then add me on Goodreads to keep in touch.