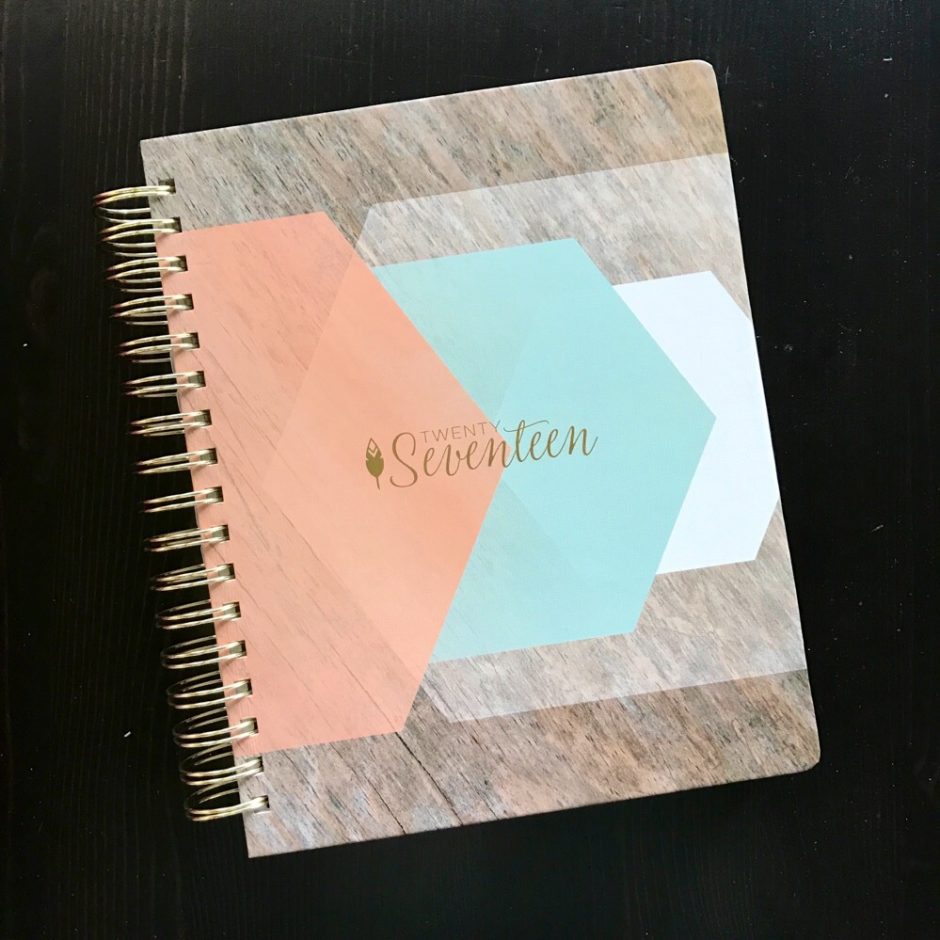 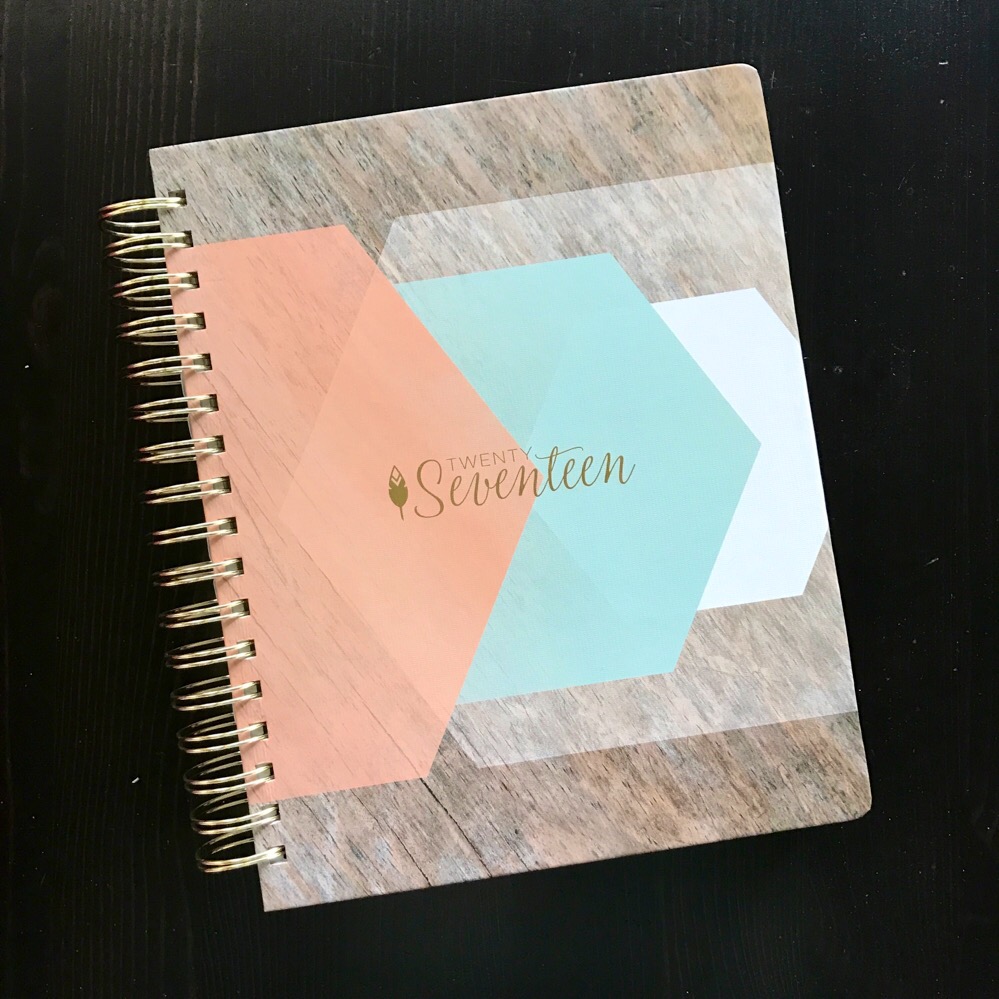 Are you a planner person? Do you still have a paper planner? I had one for as long as I can remember. I started using paper planners back in middle school and I’ve had one every single year since then. Back then, planners were not a ‘thing’. You could get cheap annual planners at the stationary store (but they were boring and blant) and you could often get one for free as a promotional gift from big companies. They were nothing nice to look at and I started early decorating the outside cover with pictures and the inside with colored pens and stickers, ticket stubs, and photos. My planner has always doubled as a planner/journal/to-do-list/notebook for me. It now serves in perfect unison with my Google calendar (because one thing it cannot yet do is “remind” me of things).
In the last decade or so, it seems like paper planners have gone through a huge popularity spurt. So many new companies sell planners + accessories now. It’s like a whole new market opened up. You can’t just buy planners, but all the accessories you can imagine. Stickers, pouches, stamps, you name it.  And the planners themselves don’t come cheap.

$50 for a planner are nothing. I mean, realistically, if you spread the cost out over a whole year (which is a little over $4/month), it doesn’t sound so bad, especially if you REALLY get some use out of your planner (and if you, like me, keep it afterwards, because it functions as a journal and memory keeper for you). Still, the initial investment stings a little.

I first purchased an Erin Condren Life Planner (ECLP) 6 years ago. I liked the size (7 x 9”), the weekly layout, the colorful design. I was so happy with it that I ordered a new ECLP three years in row. I liked the fact that you could customize the cover (even get a photo and/or your name printed on it) and that it came with some accessories, like stickers, to help you get organized

Two years ago, I got a little tired of the ECLP’s bright colors and when I came across a different planner with a similar size and layout, but in more muted colors, I made the switch to the Inkwell Press liveWELL planner. It just seemed to fit my taste better. Besides, I really fell in love with the quality of that planner; the hardcover with a slightly textured surface and with a thin, matte laminate coating (for easy cleaning), the double-wire binding (which makes the planner lie completely flat), an attached elastic band closure, laminated monthly tabs, and thick paper.

There is a snap-in ruler/page marker and a hold-anything accordion pocket, double sided pocket folder, yearly & monthly goal tracking sheets, and extra pages to track books, gifts and travel information. The only thing the Inkwell Press planner doesn’t include is stickers, but I don’t really use them anyway. 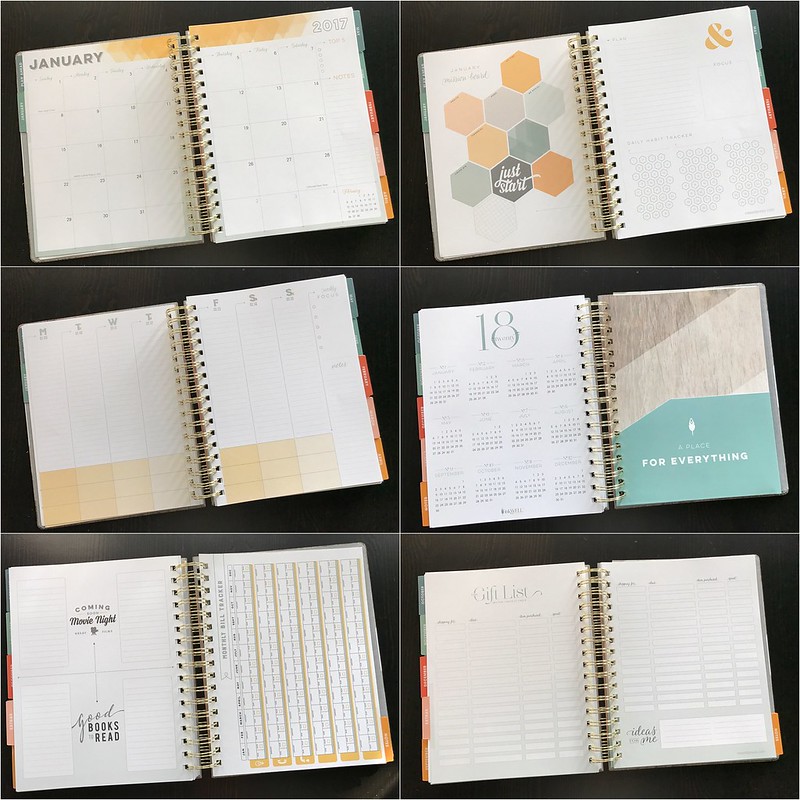 I’ve been an Inkwell Press liveWell planner fan since day one and I was pretty set on getting another one for 2017.  However, I wasn’t really thrilled with the new cover options (I’ve been so attached to my previous wood chevron design and the revised design is not my favorite) and I was looking around if there are other new planners out there (there have been so many!) that would appeal to me. What I realized in the process though is: I am super-picky.

I knew I didn’t want to go back to the ECLP, because I am not a big fan of the plastic-laminated cover anymore and the thinner paper (they feel cheap in comparison to the Inkwell Press hardcover + thick paper, but almost cost the same). I looked at the Happy Planner at Michaels, which also felt cheap in comparison and they were in fact cheaper (monetarily), but again, they have a plastic cover and I am also not a fan of the plastic ‘disc’-binding system.

My friend Sanna designed a really neat planner herself and I really liked what she came up with, but my issue was the size and the expenses involved in getting this thing put together.
A5 planners generally feel too small for me (I have large handwriting and need space), but the letter size planners are too big for my purse (because yes, I lug my planner around a lot). Sanna told me getting it bound, cut and printed at Kinko’s would have cost a fortune (not worth it) and printing it myself was not an option (because of the size issues).

I went to different stores, looked at different planners online, took weeks to make a final decision, but in the end, I caved and bought another Inkwell Press liveWELL planner last week. It really appeals to me the most in almost all aspects. The classic (vertical) layout  option was available through Office Depot this year, which meant there wasn’t going to be a run on the Inkwell Press website on release day, everybody anxious that they might run out of stock and you wouldn’t be able to get one.

I hem and hawed over the price a little bit, especially since I bought it after the new year and I was hoping to use a coupon or sale, which they didn’t offer, but I made a little fuss over it with the Office Depot employee and she was nice and at least gave me a 10%  ‘customer satisfaction’ discount. There you go, you just gotta ask ;) And ultimately, I think it was worth it.

Am I making this planner thing way too big of a deal? Maybe. But if you’re a fellow planner nerd, I know you understand. After all, I’ll be staring at this thing for the next   335 days.

How do you plan? Which planner do you use?