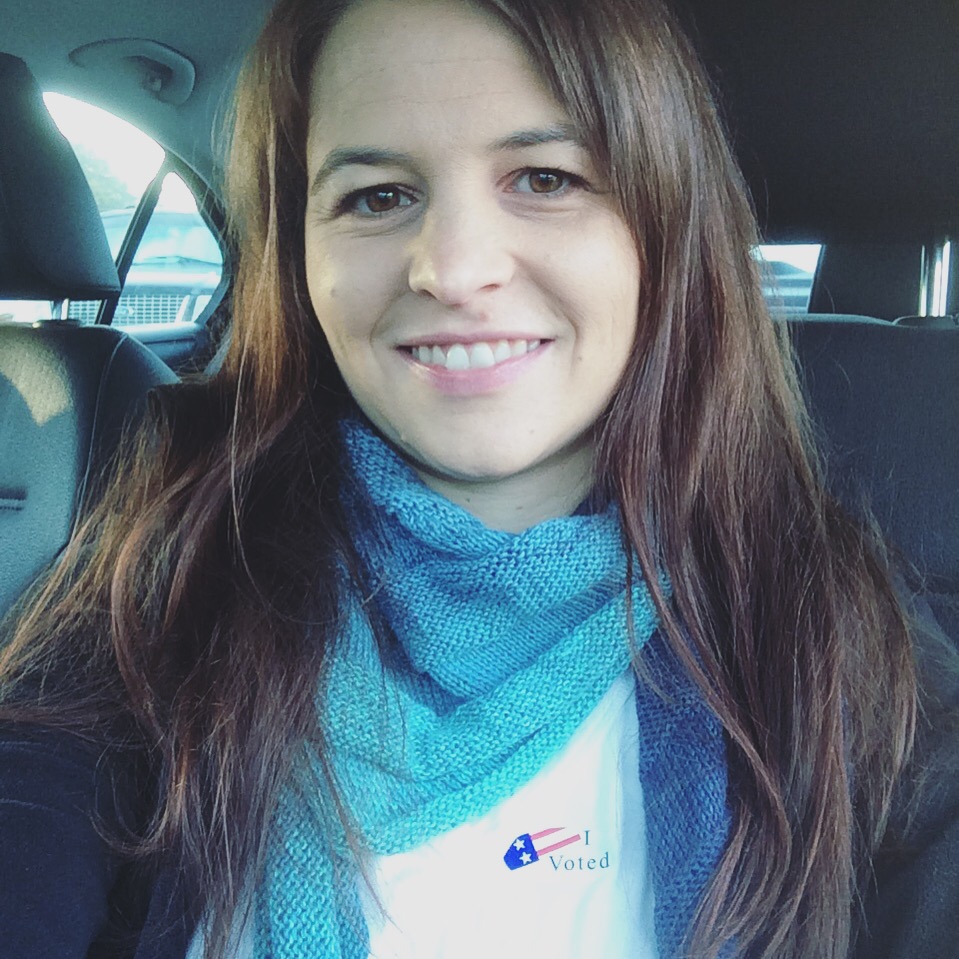 Another election in the books. Well, almost. I’ll be glued to the TV tonight, that’s for sure. I can only hope for a happy ending.

I’ve participated in my fair share of election duties by now and take this relatively newly acquired right in this country (well, it’s been four years now) pretty seriously. You only realize what a privilege it is to have a ‘say’ in your country’s elections when you live somewhere for a while where you don’t have the right to vote. You pay taxes and adhere to all other civil duties, but you have no say whatsoever when it comes to the government that represents you. This will make you appreciate a democratic voting system real fast.

So, I performed my civic duty for today to cast my vote in this year’s more-than-ever important presidential election. I was the first person at my polling place, but was happy to see when people started lining up behind me. If you’re friends with me on Facebook or Instagram, or have read my blog here and there, you know where I stand politically and you can probably guess where I filled in the bubble this morning.

Hillary was not my first choice by a long shot, but I am happy to say that #iamwithher. In the end, there wasn’t much of a choice left and it was a very easy decision between the (only two viable) options. This election is not about who can yell the loudest and say more nasty things about their opponent, but it is about experience, character and human decency. This is not about fear-mongering and stereotyping people, but about uniting all Americans regardless of skin color, religion, or ethnic background. Sometimes it feels like people were forgetting about this. I am an immigrant myself, and even though I was never directly targeted by you-know-who’s racist rants, I feel strongly supportive of all immigrants and minority groups that he has offended. Well, and we don’t need to talk about how he offended  50+% of the country with one fell swoop, the 50+% I belong to. You really can’t argue that away and I simply can’t stand for someone who is trying to divide this country and represents misogyny, bigotry, and racism in 2016.
Do I agree with Hillary on every single issue? I don’t. Does she have flaws? Certainly. But I do believe that she’s the most qualified, experienced person we got.

I believe my vote is an instrument and in the end, it doesn’t really matter what the motivation behind my vote is. Only the outcome is what counts and I want my vote to mean something. Even if the choices are limited, I still have a choice and have to choose wisely. Because really, nobody cares about your protest vote (especially in a swing state where your vote matters that much more!). If you really are dissatisfied with the status quo, if you want to change how this country is run, we have to advocate to change the political system, hopefully allow third parties to have a better chance at participating in the political process and to represent more people, and put candidates up for election that we can actually get excited about and would like to support, or else — I am sorry I have to break it to you — your protest vote is and will be a wasted vote. It might make you feel smug for a minute, because you think that you’re not buying into the system, but  unless your vote is followed up with some grass roots activism, it actually means very little.

I wasn’t going to get into the thick of it, but then I did. I apologize. I am actually very relieved that the presidential campaign phase is over and that we can finally return to some kind of normalcy (because to be honest, it’s been a real shitstorm and has been stressing me the heck out).  I get more passionate about stuff like this than I have ever been during elections in Germany, but that’s mostly because of what’s at stake here. I usually can accept a difference of opinion and I promise, we can still be friends even if you disagree with me on things. I just can’t stay silent in an election that is so crucial to this country… and the world.

I hope that you have already cast your ballot or, if not, that you’re still planning to do this today. I hope you followed the election coverage, indulged in some independent reading, and came to a decision that aligns with your values and hopes for this country. And then you go out and vote. There is really no excuse not to. No, “oh the options are all evil”, or “oh, I didn’t get around to it” (you know there is a thing called voting by mail).

When it comes to voting, Rachel Maddow said it best

“This is not a spectator sport, everybody’s gotta play”.