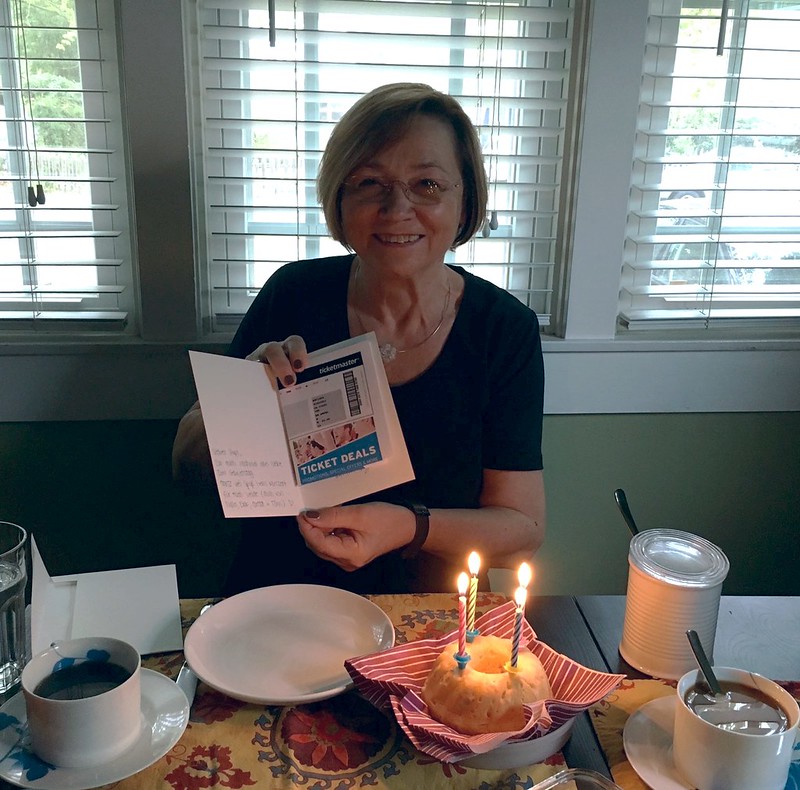 October, 3 was my Mom’s birthday and I was so happy to be able to celebrate with her. I baked a birthday cake for her (every birthday kid deserves a birthday cake!) and we surprised her (and belatedly my Dad) with tickets to the Paul McCartney concert at our newly built and just recently opened Golden 1 Arena in Downtown Sacramento. It’s been a huge project construction site for the better part of the last two years and now it was finally finished. The concert – which was the first concert in the arena –  wasn’t until the next day, so we spent my Mom’s birthday out shopping and ended the day with a dinner at our favorite pizza restaurant, Chicago Fire. 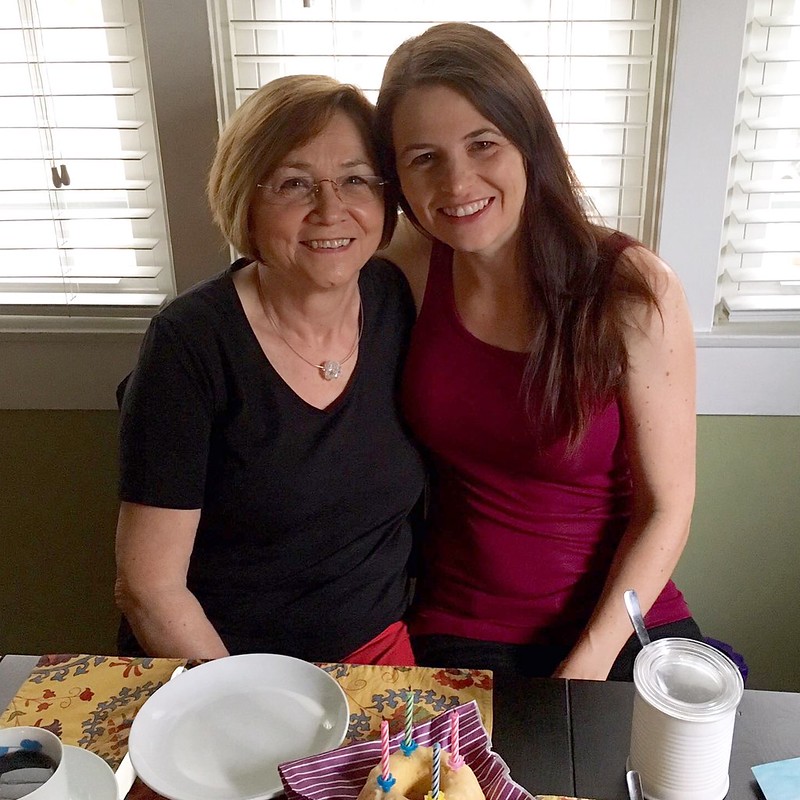 My parents have also come to love this restaurant (they have the best pizza in town, IMHO, if only they would have ‘tuna pizza’ on their menu like a good Italian restaurant should)  and we visited at least once, if not a couple of times, when they were here last time (and the time before then).

J and my Dad shared buffalo wings, then ordered pasta and my Mom and I ordered an individual pizza. 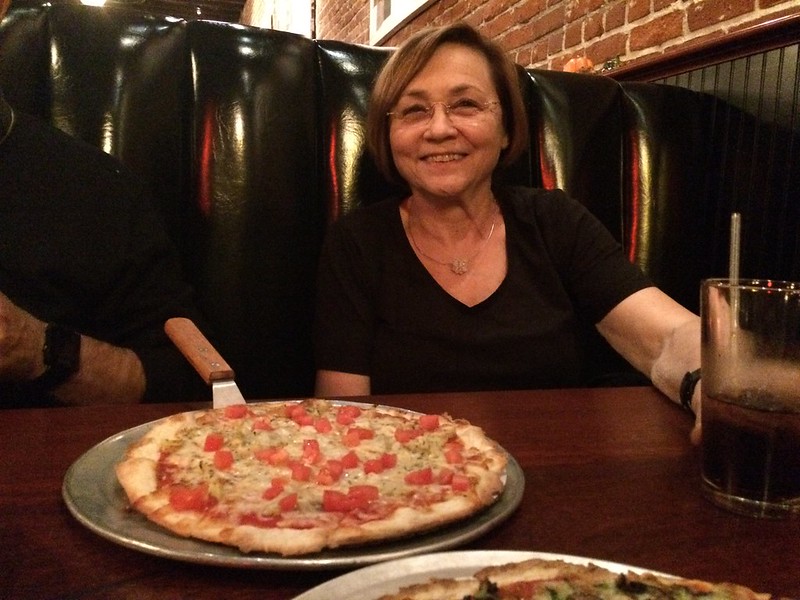 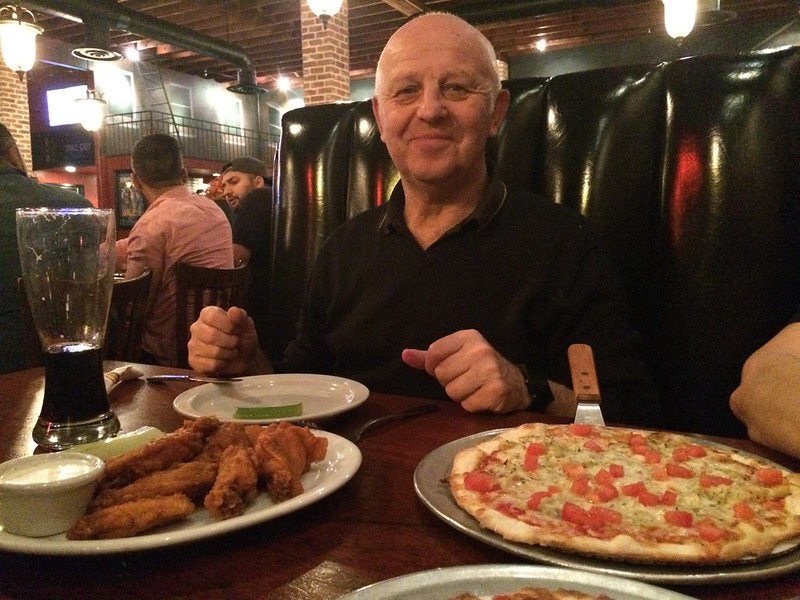 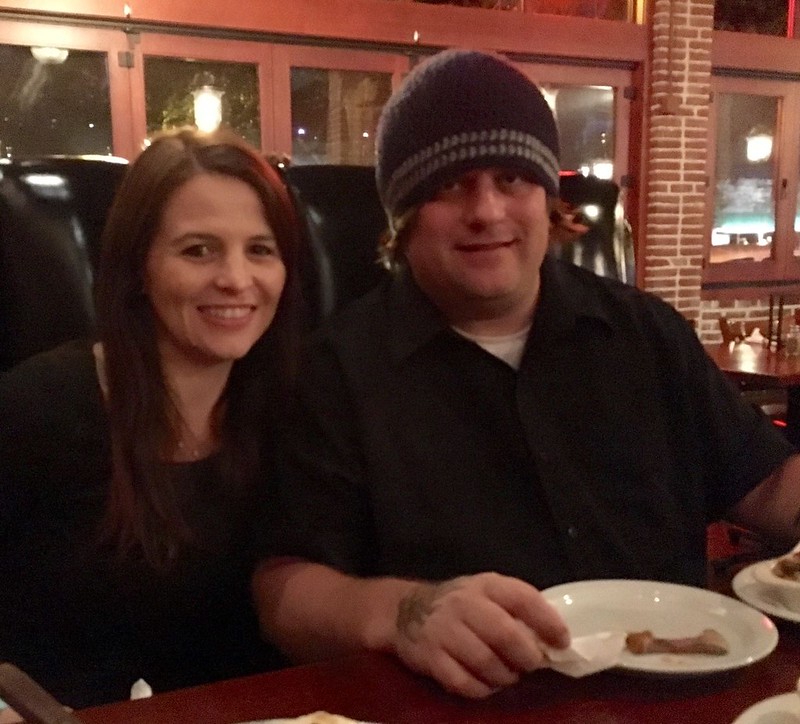 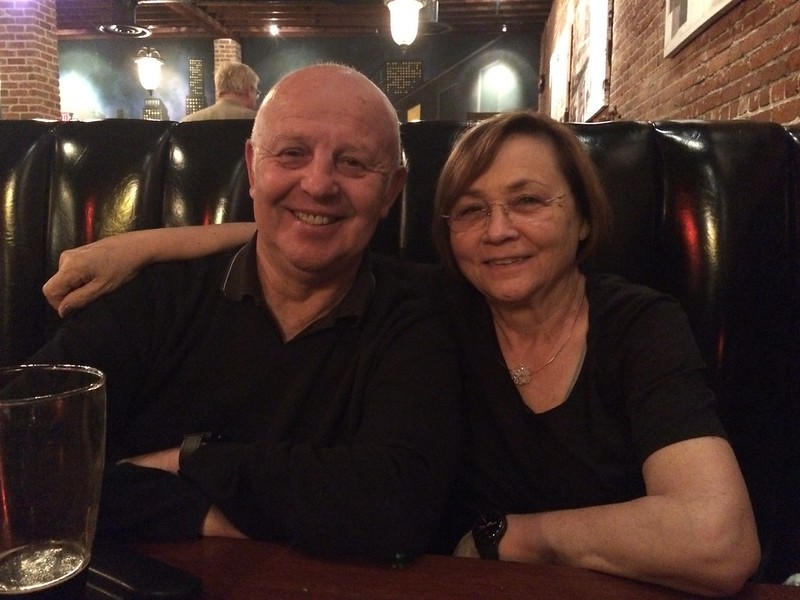 On Tuesday morning, my Dad and I headed to the gym after breakfast. He had expressed interest in seeing the gym that I go to and see the equipment that they’re providing here. (I guess, at heart he’ll always be a P.E. teacher who’s interested in this kind of stuff.) We had a nice workout together and honestly, I wish we could go workout together more often.

My Dad has been my biggest inspiration and cheerleader in my running endeavors and it’s great to have somebody who loves to talk about stuff like training sessions, warm up excercises, and such.

In the early evening, we got ready to head to the concert. We decided to grab dinner at our favorite local Mexican joint, La Fiesta Taqueria, and then we headed over to the arena. 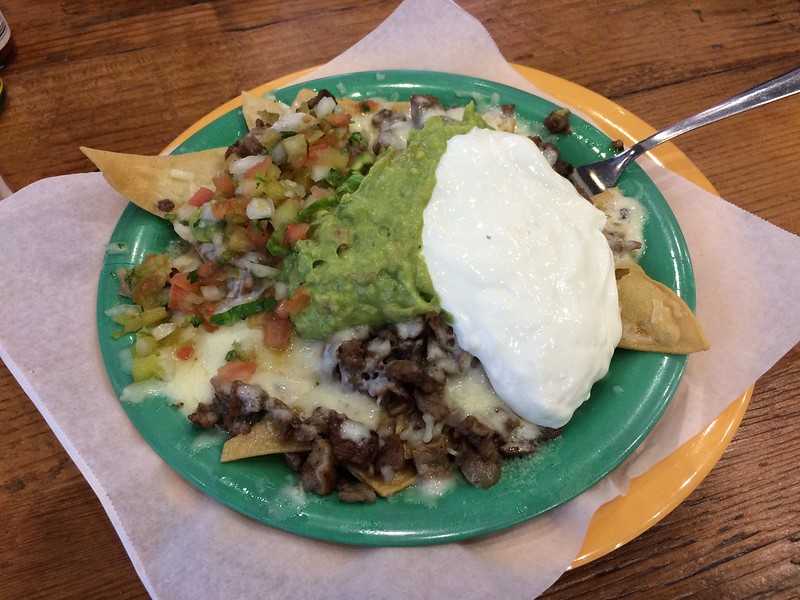 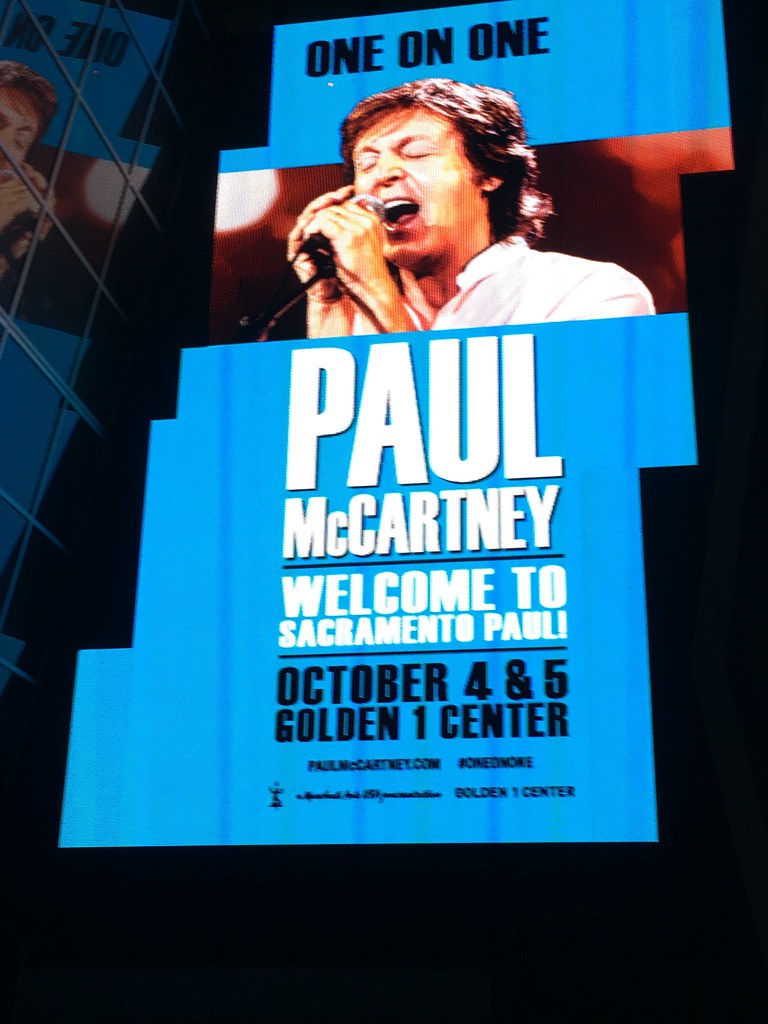 After we took some obligatory selfies, we went inside to find our seats. 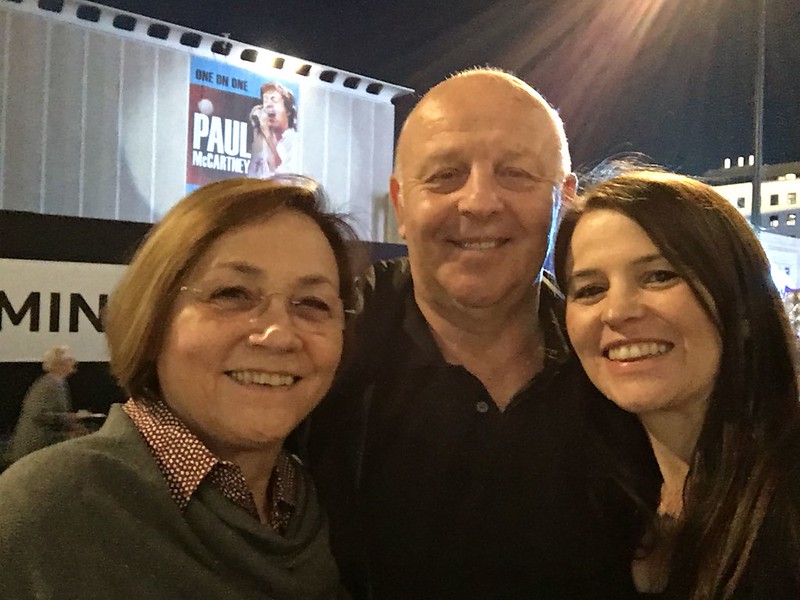 The concert was amazing. Paul McCartney played for almost 3 hours (I mean, the man is 74 years old!) and put on a really great show.

I am really glad I was able to get tickets (albeit expensive), because it was really hard to get tickets, but I knew how much of a treat this concert would be for my parents. We were seated kinda up in the ranks, but the view and acoustics were great and of course they had huge screens on either side of the stage. My parents had a really great time! 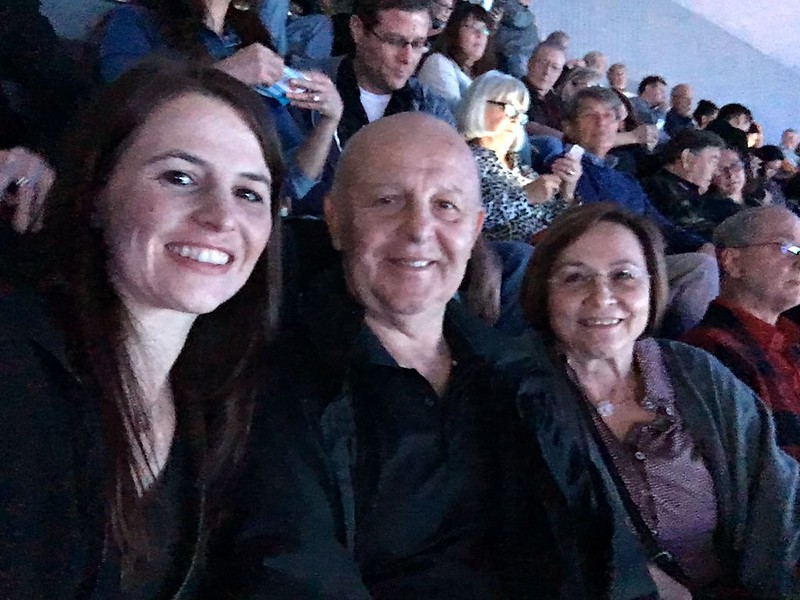 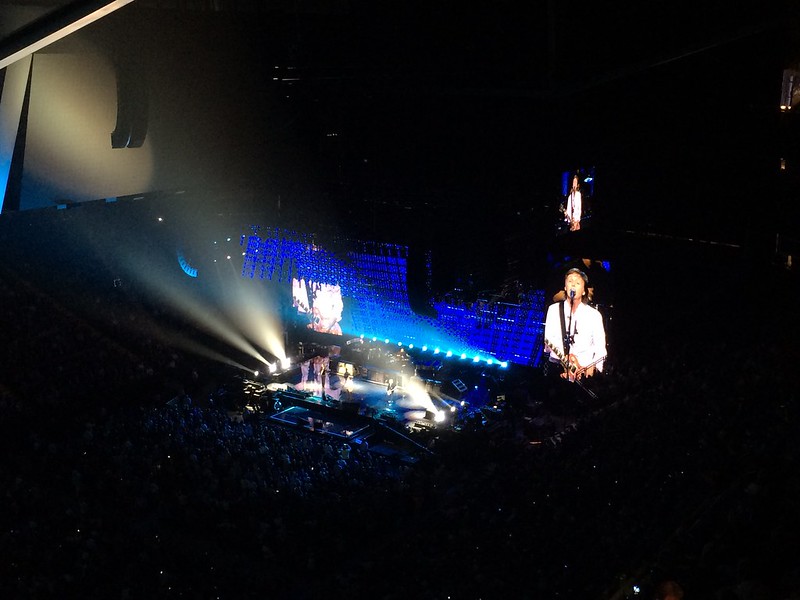 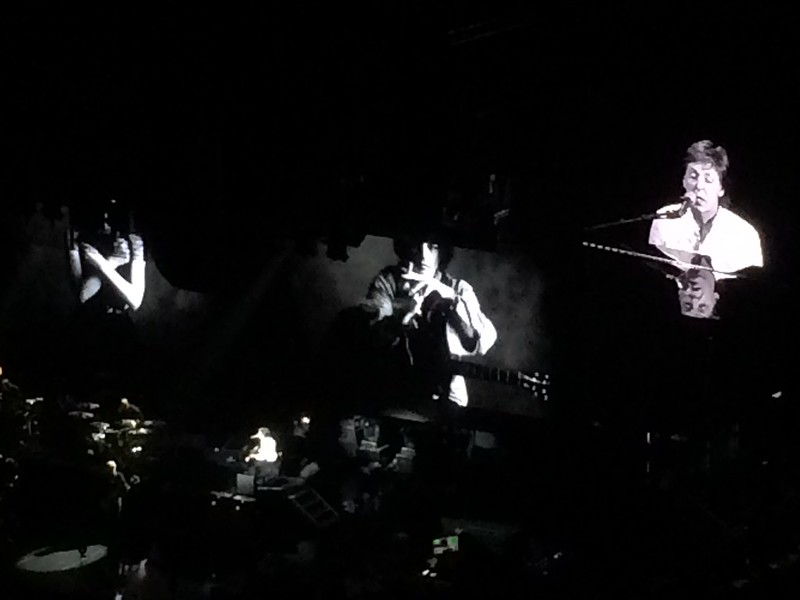 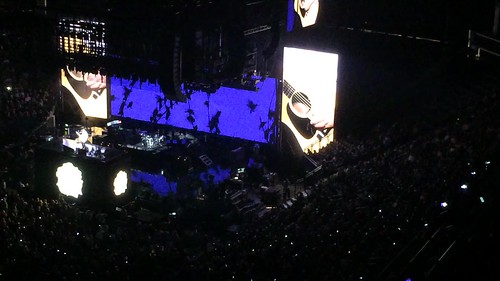 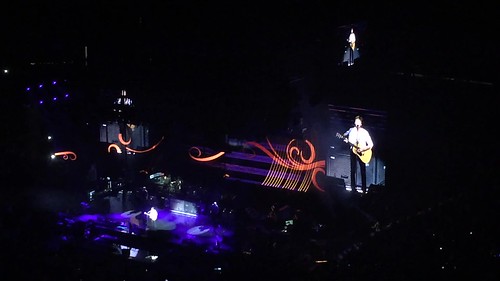 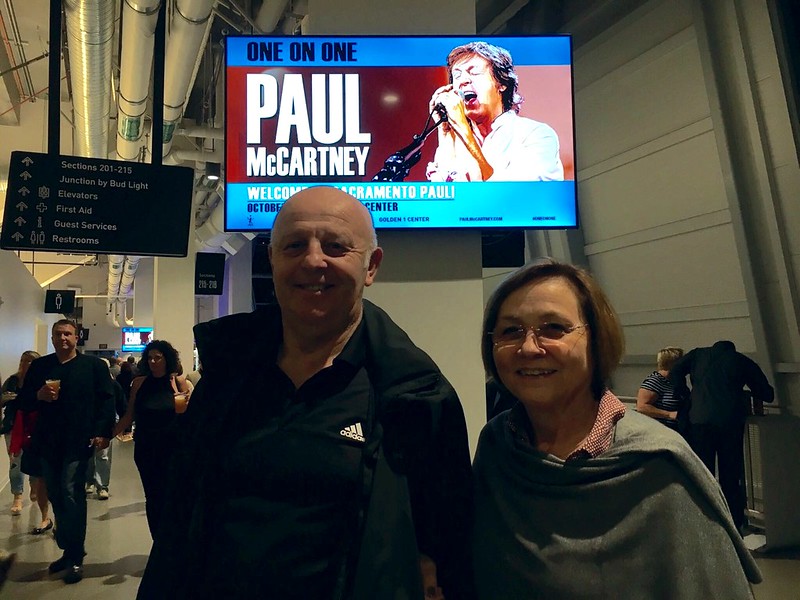 On Wednesay (10/5) my Dad decided to take a day to himself and go golfing (and I can’t tell you much about it except for the fact that my Dad had a great time), so I decided to take my Mom up into the foothills to Apple Hill.

We first made a stop in Placerville. It’s an old mining town and used to be called “Hangtown” (because apparently lots of people were hanged in the 1840’s. 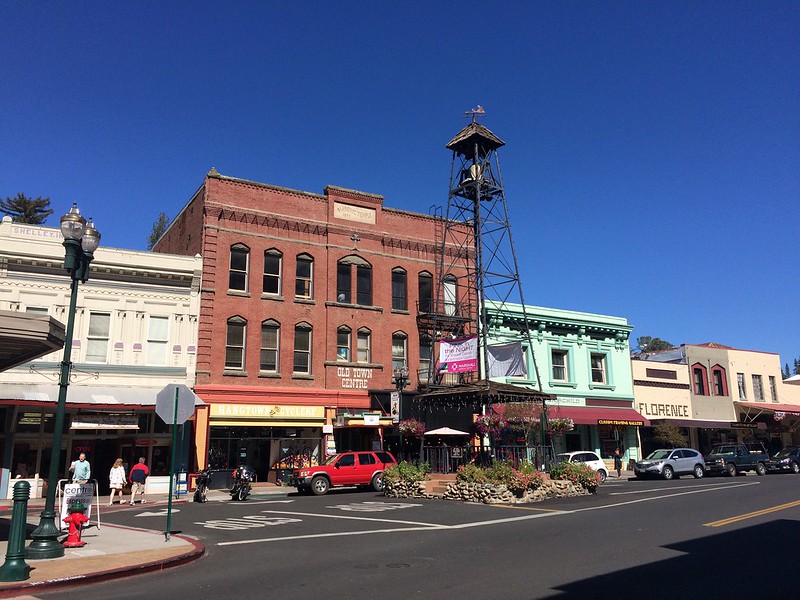 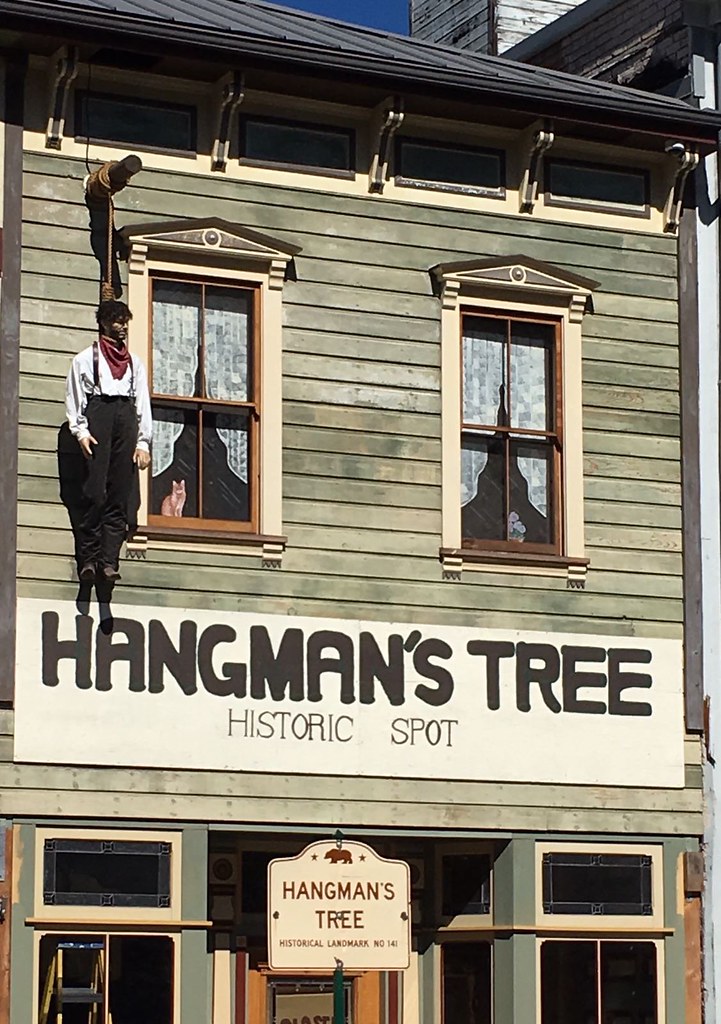 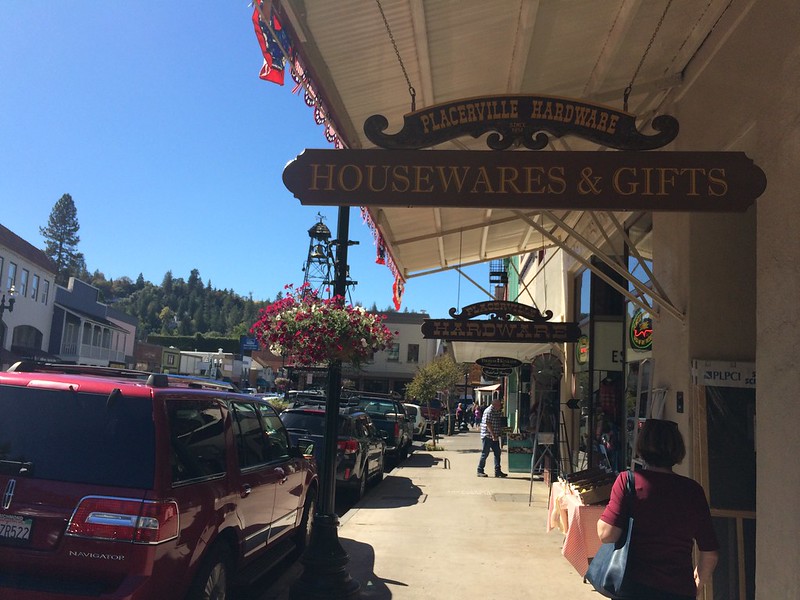 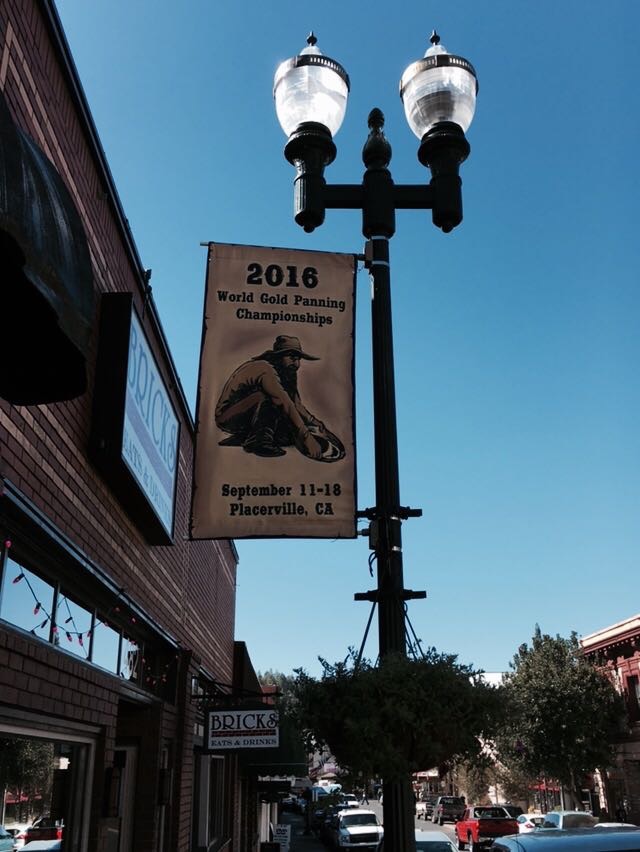 We walked up and down the main street and checked out some of the little shops. Then we drove to the apple orchards.

The weather was beautiful and we visited a couple of orchards  and pumpkin patches and finally had some tea and shared an apple fritter the size of my head. We also bought a Dutch apple pie to take home. 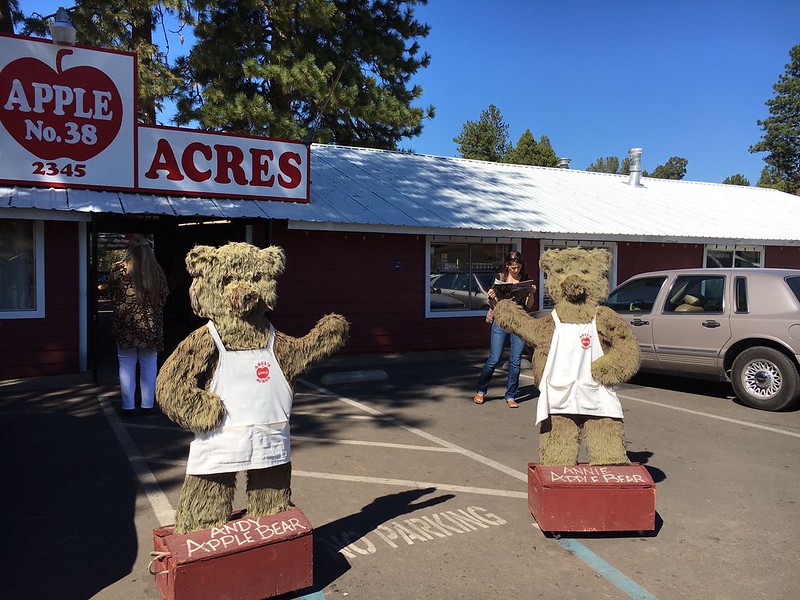 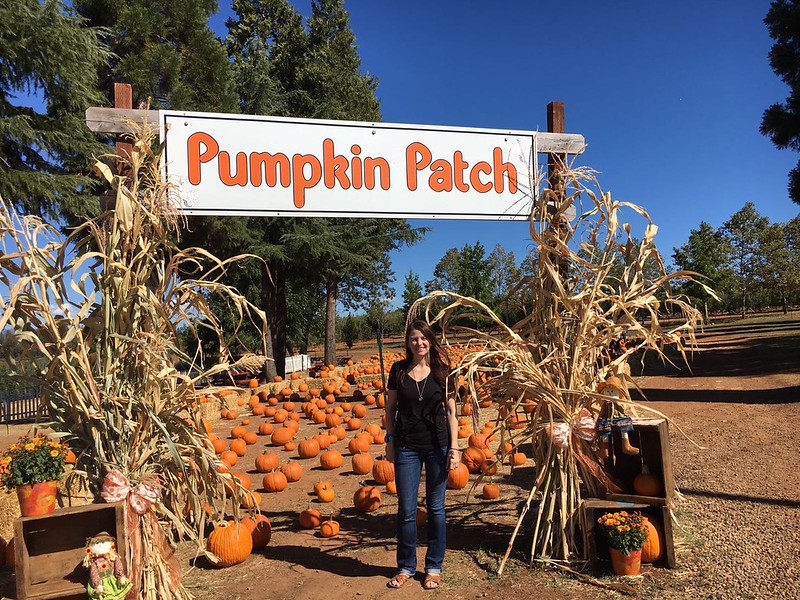 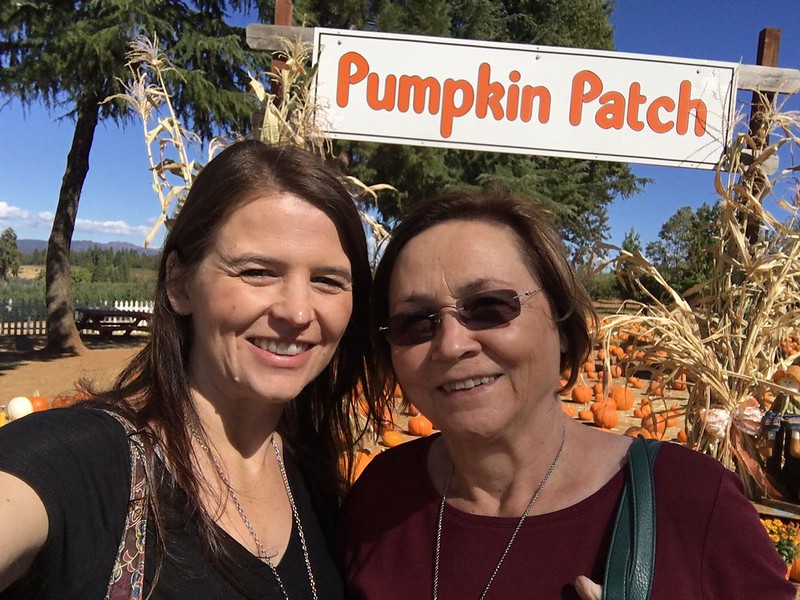 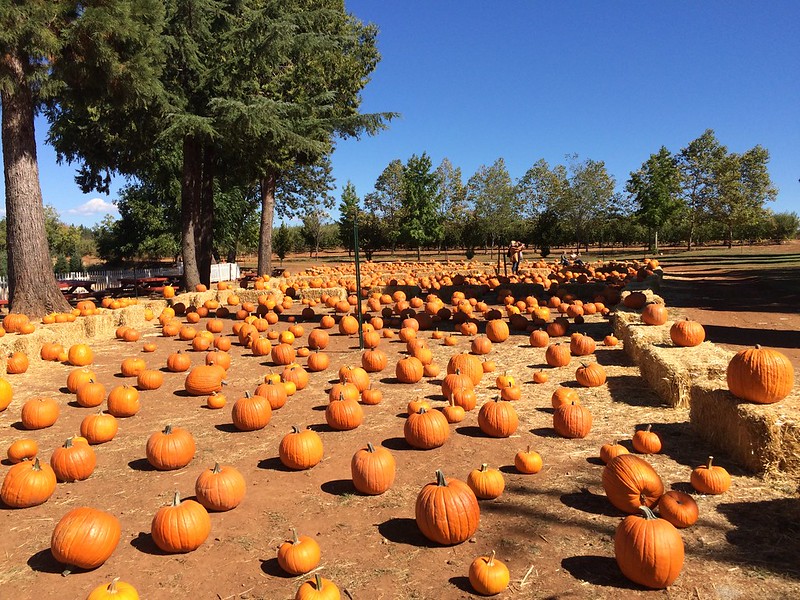 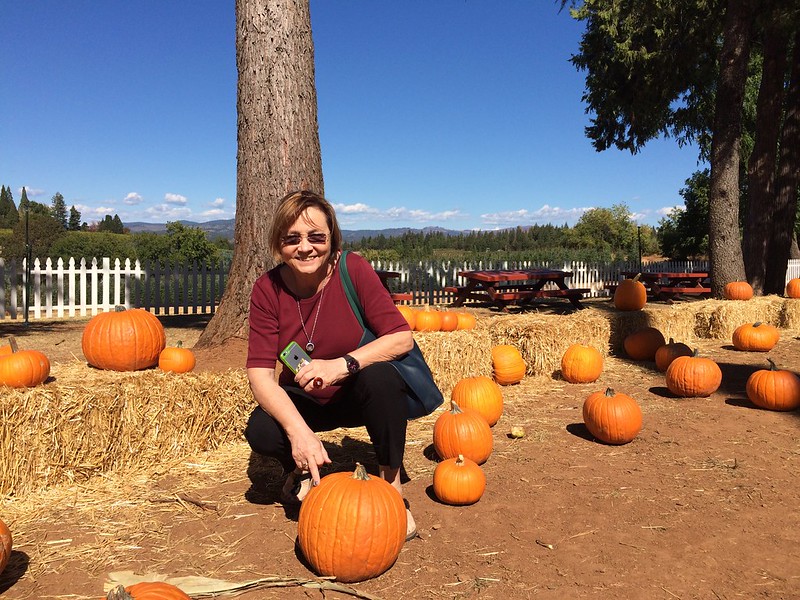 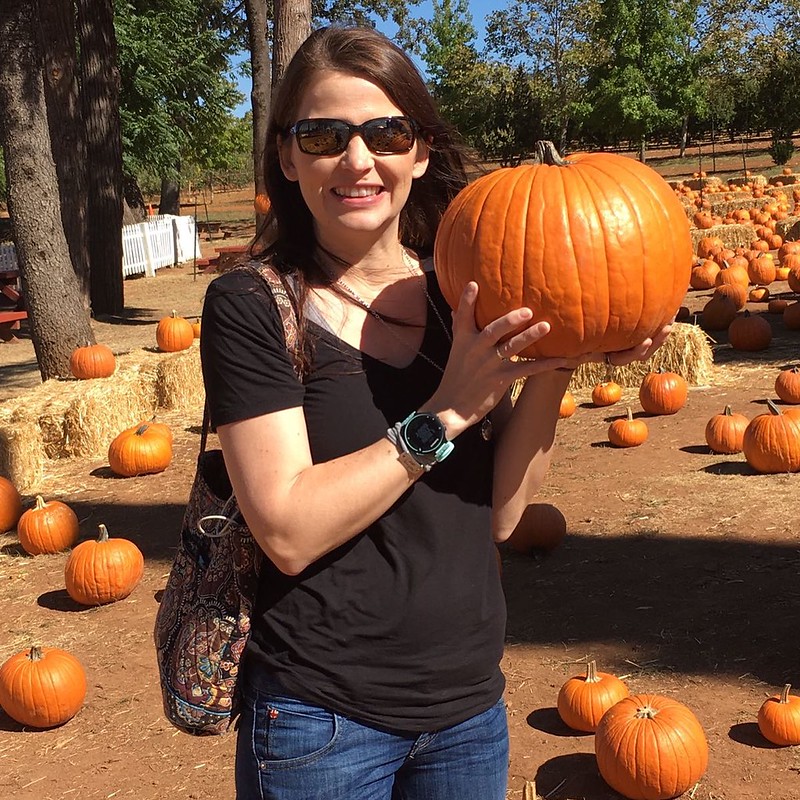 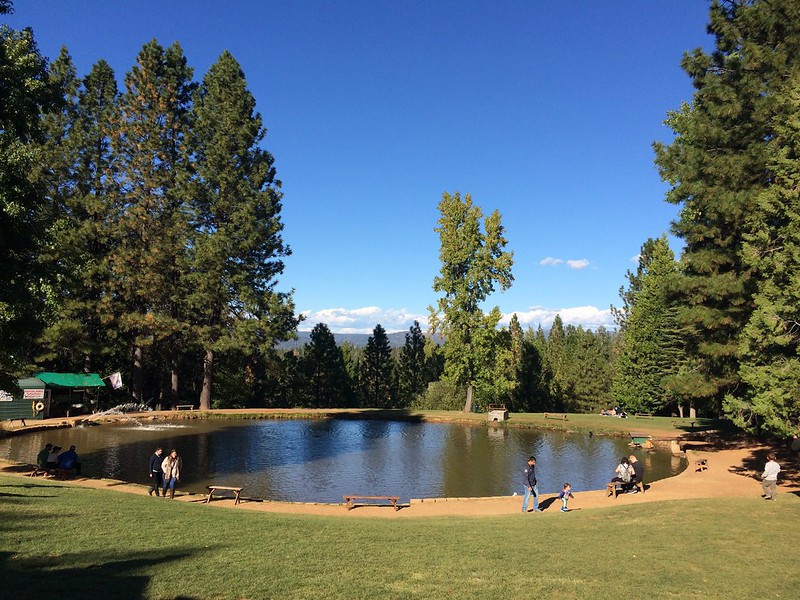 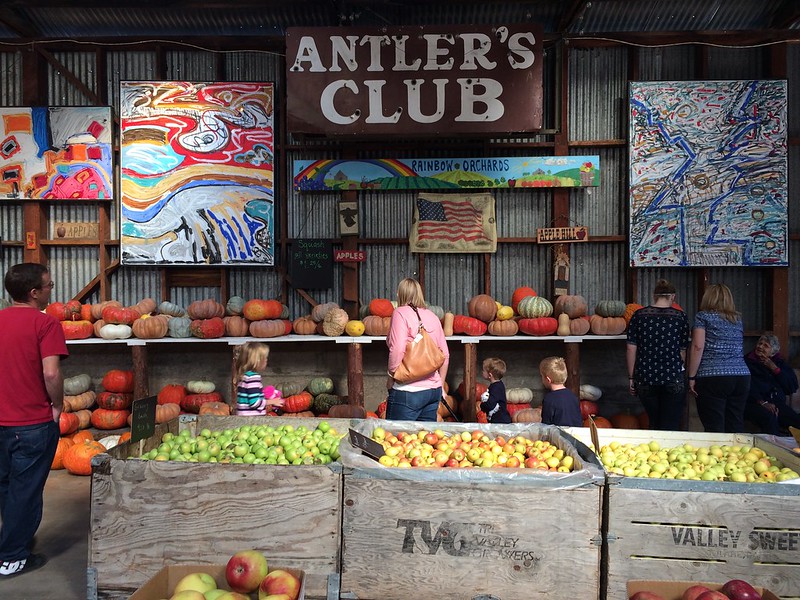 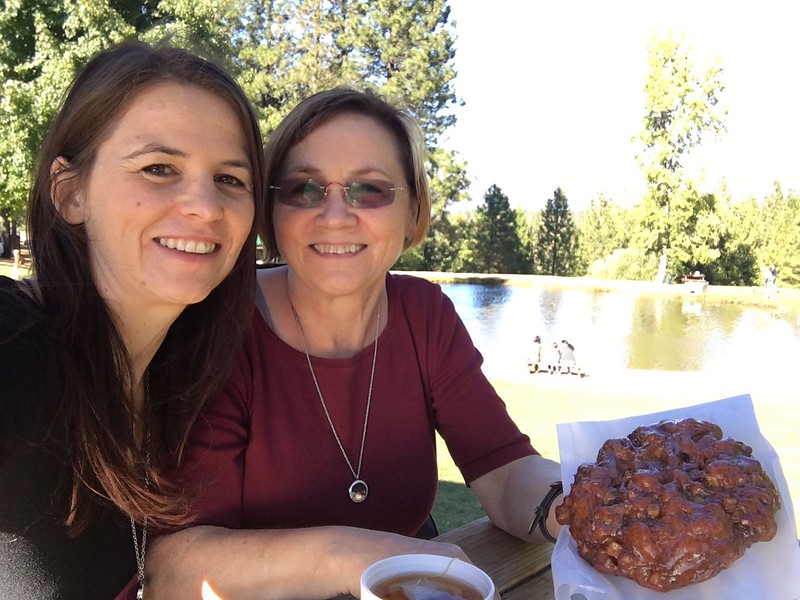 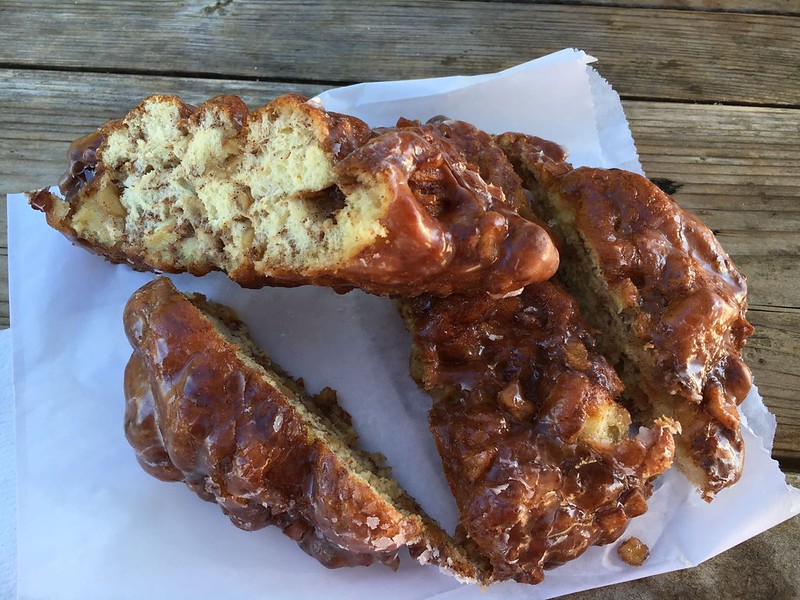 Don’t get me wrong – I would have loved for my Dad to join us, but it was such a nice treat to spend some one-on-one time with my Mom. I don’t get that very often these days. We got back to Sacramento around 6 p.m., my Dad arrived shortly thereafter, and we made some pesto pasta for dinner.