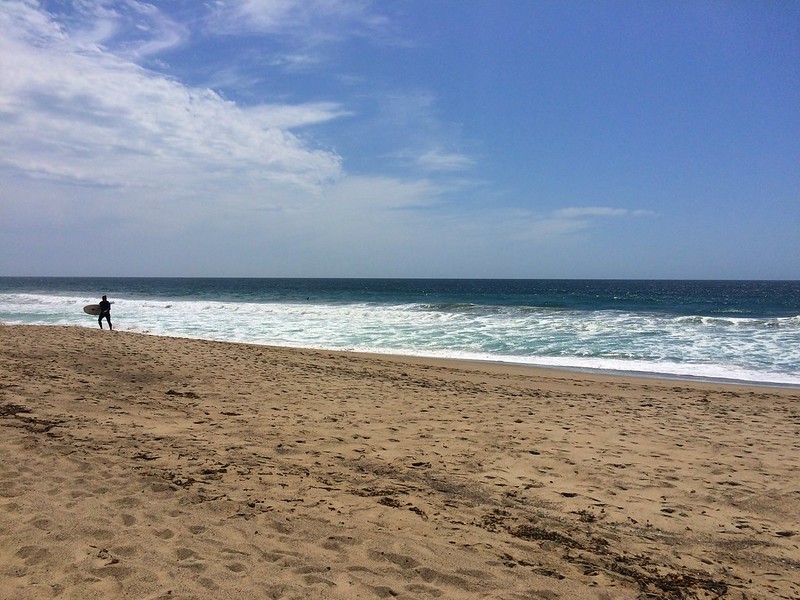 + When a couple goes shopping at Trader Joe’s and both stand there, arms crossed and watch the store employee bag their groceries after ringing everything up. This annoys me especially when there is a long line at the checkout and they brought their own bags and could have just started bagging their own stuff. What the hell?

+ Not having met our next-door-neighbors (the ones to the left) despite the fact that we’ve lived in our house for 4+ months now. We even knocked a couple of times to introduce ourselves, but they were never there. Hmpf. Awkward.

+ Did you notice how much spinach you have to cook to get a decent serving? I am always shocked how much spinach dwindles away when you cook it. I usually buy frozen spinach for cooking which is a little less disappointing than seeing two 8 oz bags of fresh spinach shrink down to the size of a tiny side dish. (What I am saying, though, is that I love spinach.)

+ My bff finished her proton-radiation therapy (don’t google this. It’s awful and I am so proud of her for going through it!)  and I really, really hope that it did what it was supposed to do: kill the leftover cells of her brain tumor. The sucker needs to be gone for good now.

+ Running at Santa Monica Beach. I can’t tell you how excited I was to be training in a different environment from my usual running route. I (feel like I) don’t have too many options when it comes to running routes around my neighborhood (the park it is! And to be fair, I like our park. A lot!), but being able to run a long run at the beach two weeks ago was awesome!

+ Weekend Netflix catch-up sessions. I don’t really watch that much TV during the week (besides the news) and I’ve been enjoying some Netflix catch-up time on the weekends lately. A couple of uninterrupted me-time (watching whatever the hell I want).

+ My Mom put together a little photo book from our birthday party in March and sent it to me as a surprise in the mail. What a sweet gesture! I love it! Thumbing through the pages made me realize though – we barely managed to think about taking pictures that day. Time flew by so quickly and there are so many photos with people I wish we would have taken, but didn’t (for example: a picture of my sister and me with both our parents *fail*).

+ Homemade granola. No, seriously. I feel so stupid that I hadn’t tried making granola at home yet until I had an a-ha moment a few weeks ago. It’s so easy, relatively cheap (cheaper than store-bought stuff for sure), you have full control over the ingredients (mostly the amount of sweetener that you use!), and it’s a healthy (and may I add: delicious!) way to start your day. Why wouldn’t everybody do that??