This is the continued recap of our 10-day trip to the East Coast … the other parts are here, here, here and here.

Finally I am getting around to work on the last part of our vacation recap (I can’t believe we’ve been home for 6 weeks already). We spent the last weekend of our East Coast trip (7/6-7/9) in Boston again. ♥ Sorry, I am not sorry for the photo overload. I can’t get enough of this beautiful city!

We dropped our rental car off at the airport (because you don’t need a car in the city) and took the ‘T’ back to downtown where we were staying at the Boston Park Plaza, right around the corner from Public Garden, for the last three nights. Awesomeness right there? Especially with our favorite coffee shop around the corner. 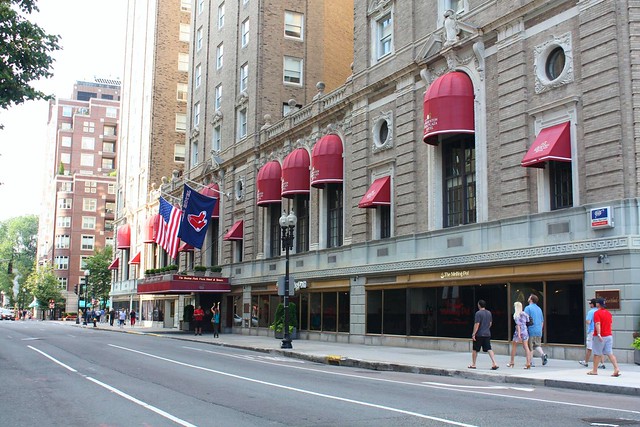 So, we dropped off our stuff, headed out to get some iced coffee and then took a walk through the city because it was such a beautiful night. 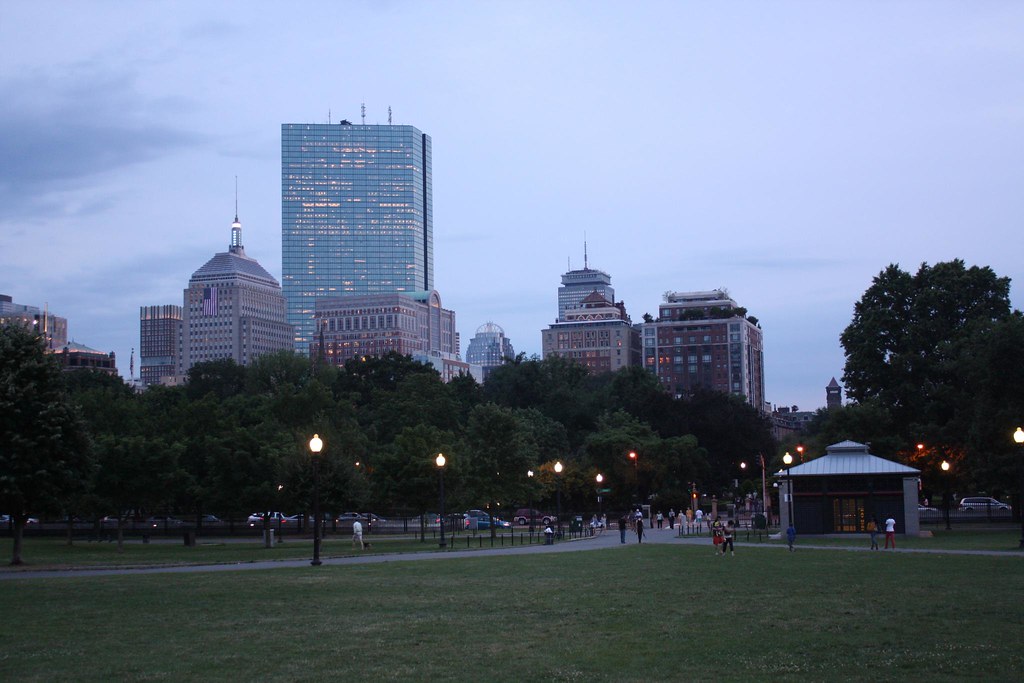 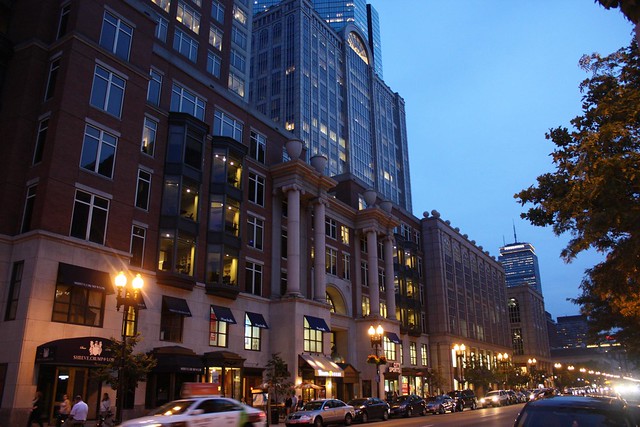 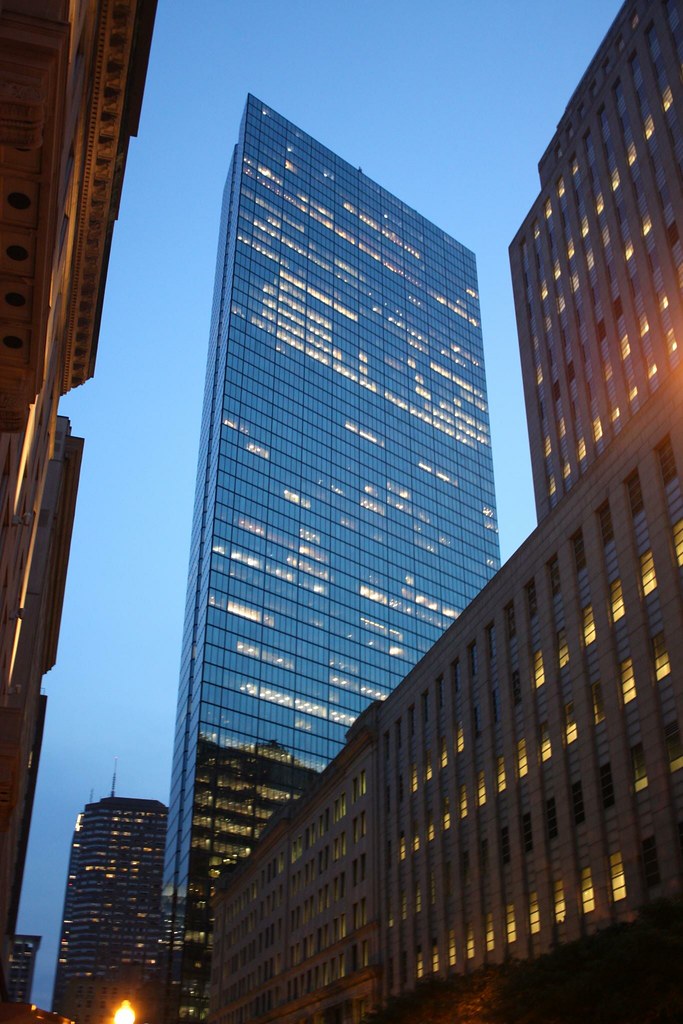 We stopped by the famous “Cheers” restaurant (you know, from the TV series!)… 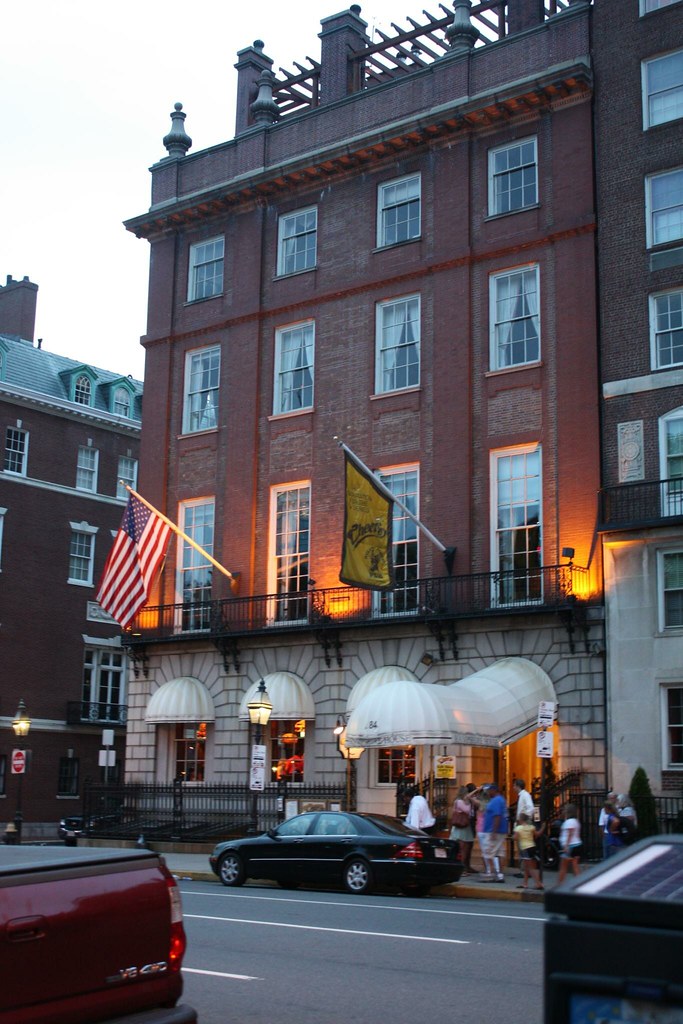 … and  ended up having dinner at Geoffrey’s Cafe (and realized when we walked in that this was an openly gay-friendly restaurant, which I LOVED). They had fantastic service and one of the best tomato soups (with lots of fresh parmesan) that I’ve ever had! 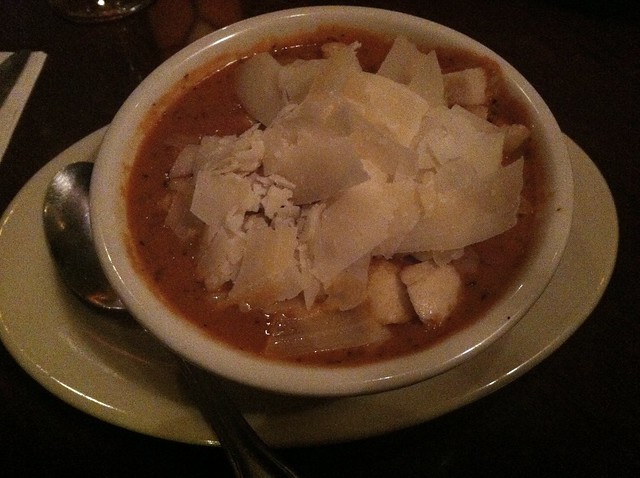 We headed to bed early, because we were a little tired from driving and because we wanted to get up bright and early on Saturday morning.

My friend Ulli had recommended to go over to Cambridge for breakfast at “The Friendly Toast” and that’s what we did. 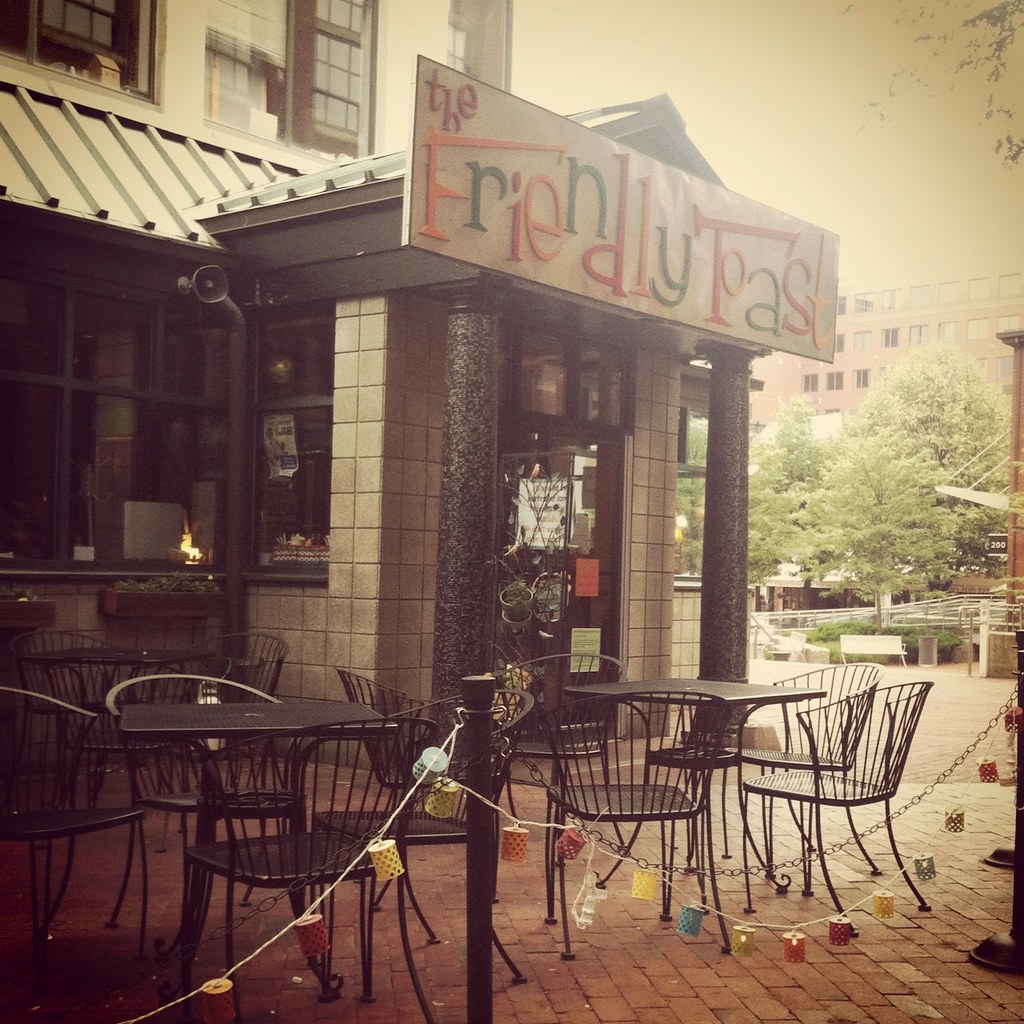 I had a delicious omelette with asparagus, bacon and goat cheese. Holy goodness in my mouth! Highly recommend it! 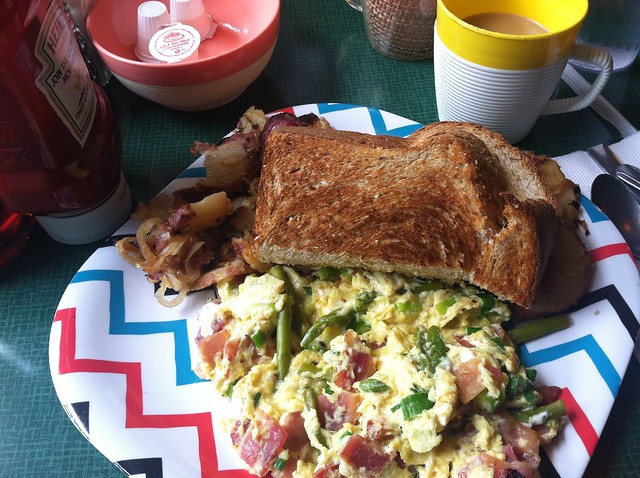 After stuffing our faces, we made our way back to the city on foot (working off the breakfast!) and crossed the Longfellow Bridge from where we had a beautiful view of the city. 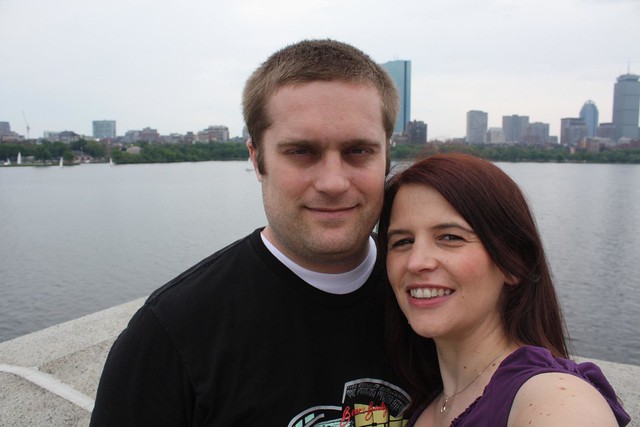 I just can’t get enough of this beautiful view! Boston makes me feel like home (even though I’ve never ‘lived’ there for longer than 4 weeks.) 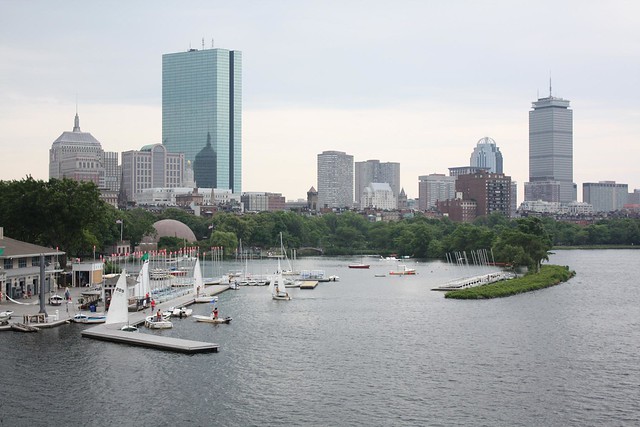 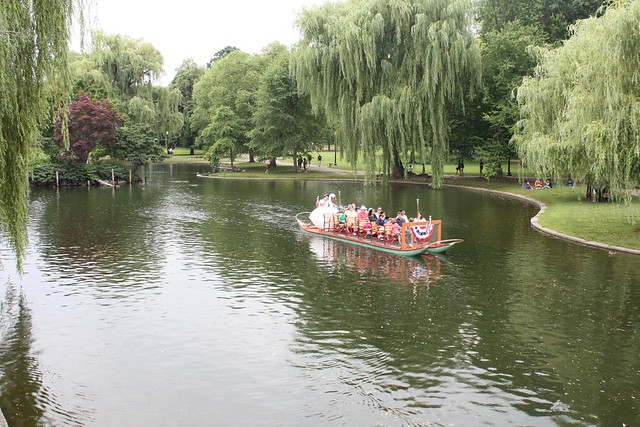 Saturday afternoon I got to explore the city on my own for a little while (J was tired and went to the hotel for a couple of hours) and I took a little stroll with my camera… obviously ending up on part of the Freedom Trail. 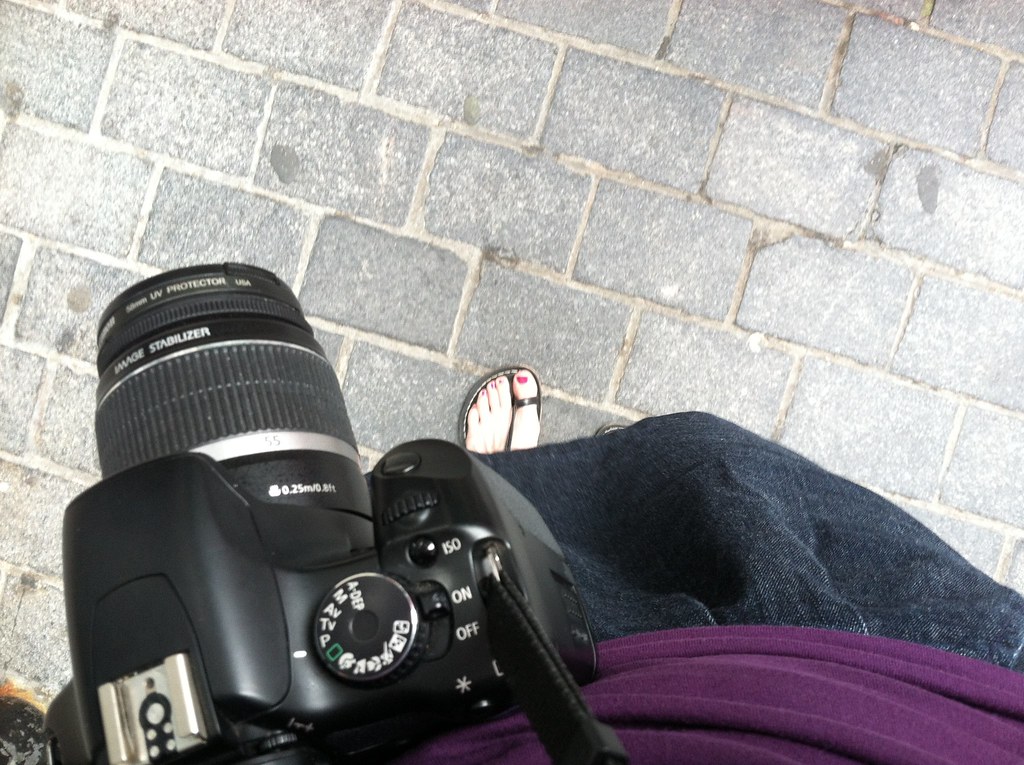 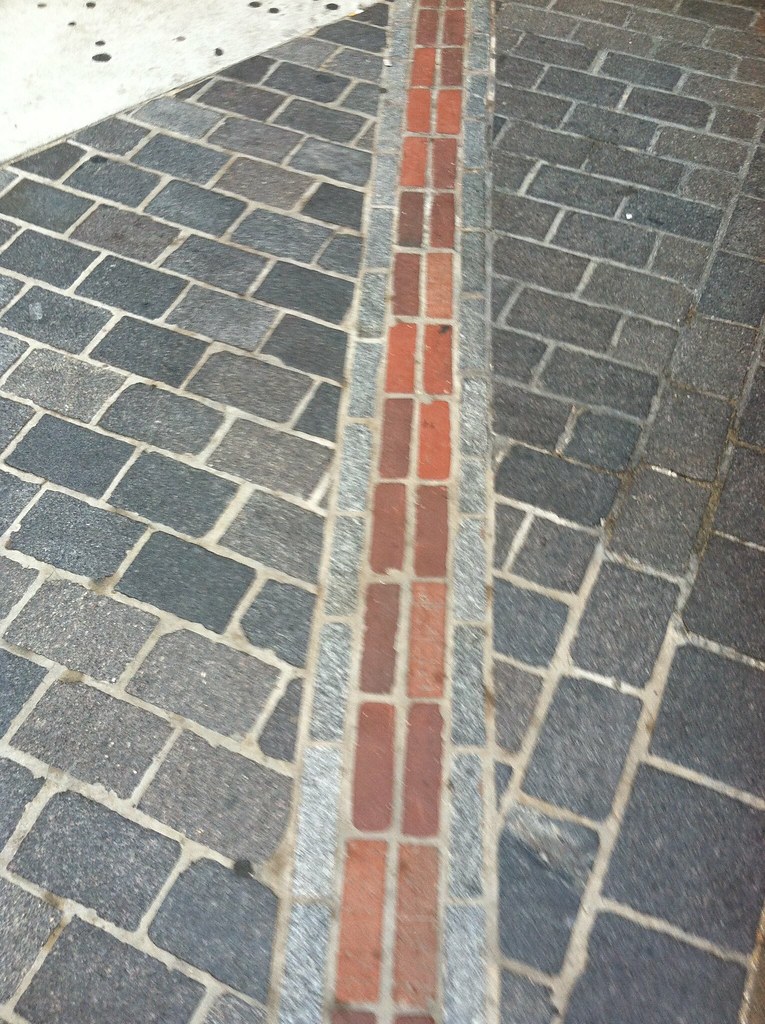 The red bricks of the Freedom Trail 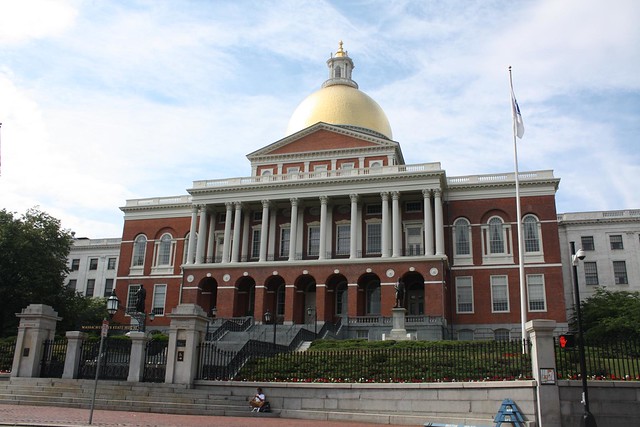 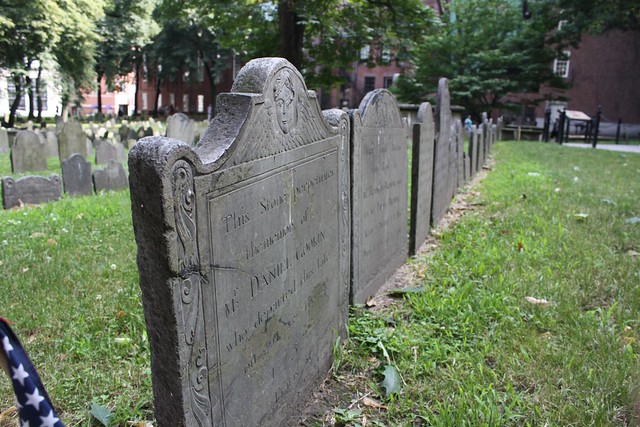 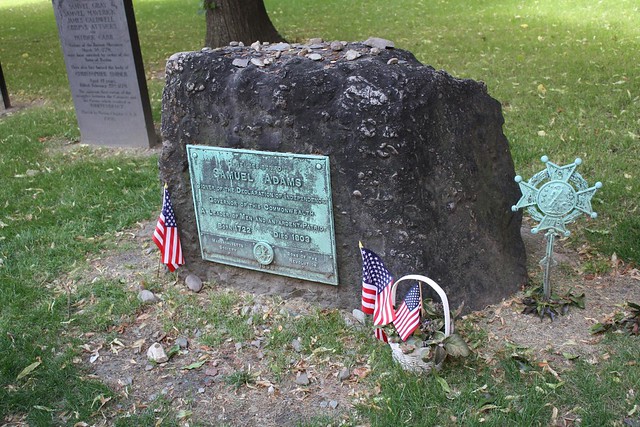 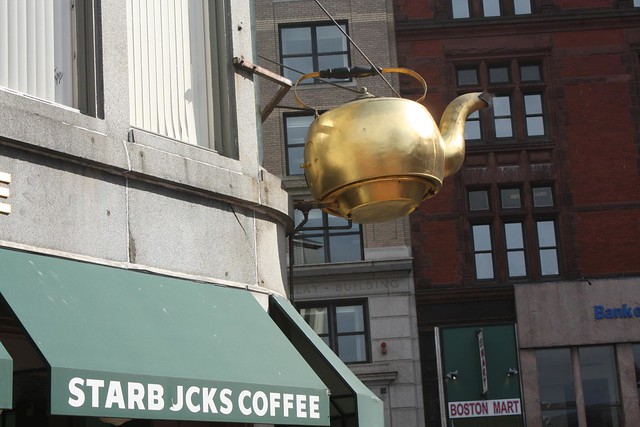 The steaming tea pot at the Starbucks at Government Center 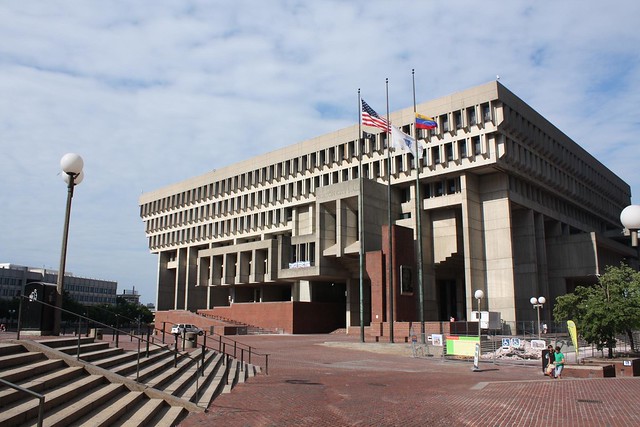 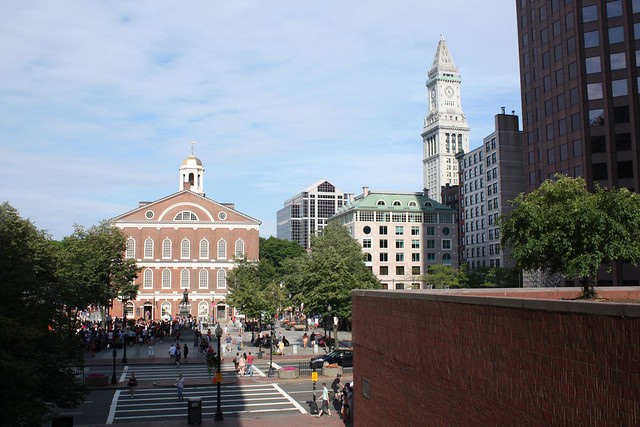 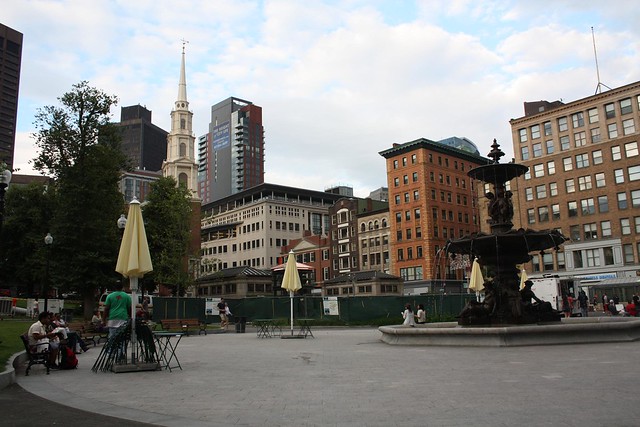 In the evening, we decided to have pizza in the North End, the Italian quarter of Boston. 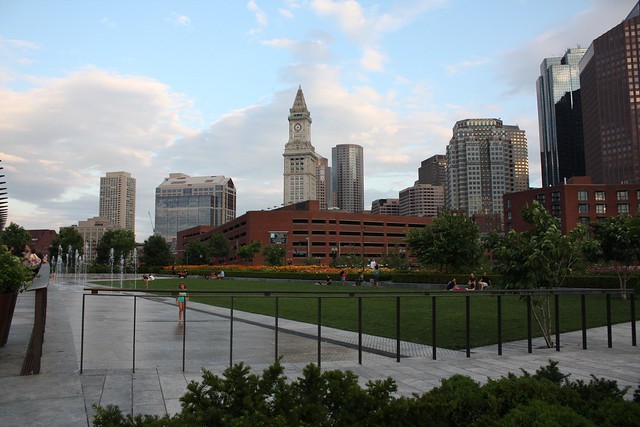 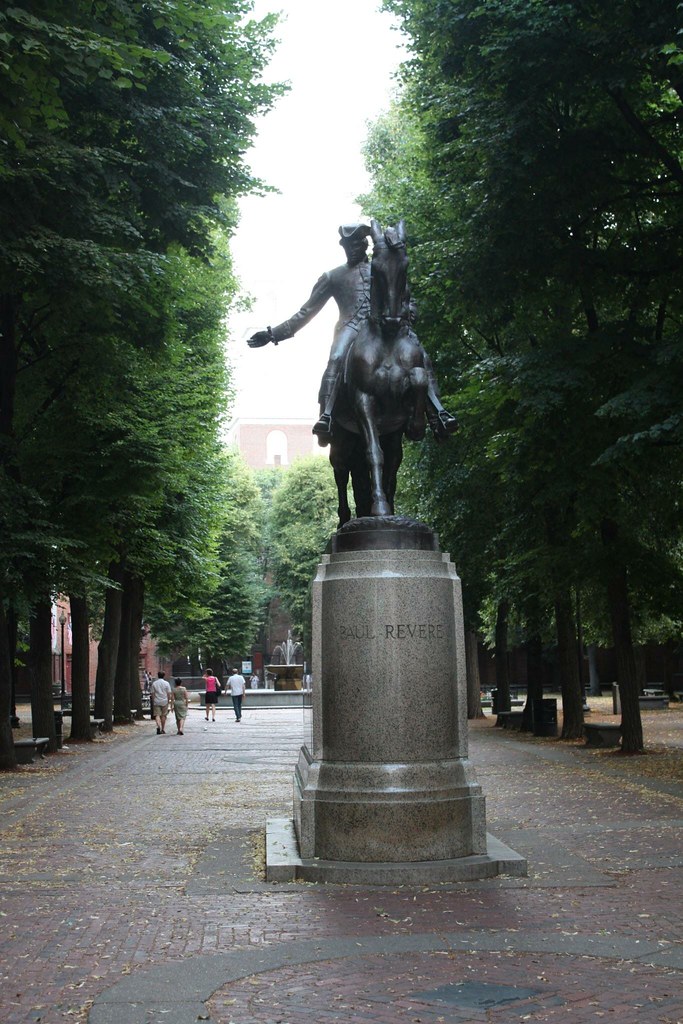 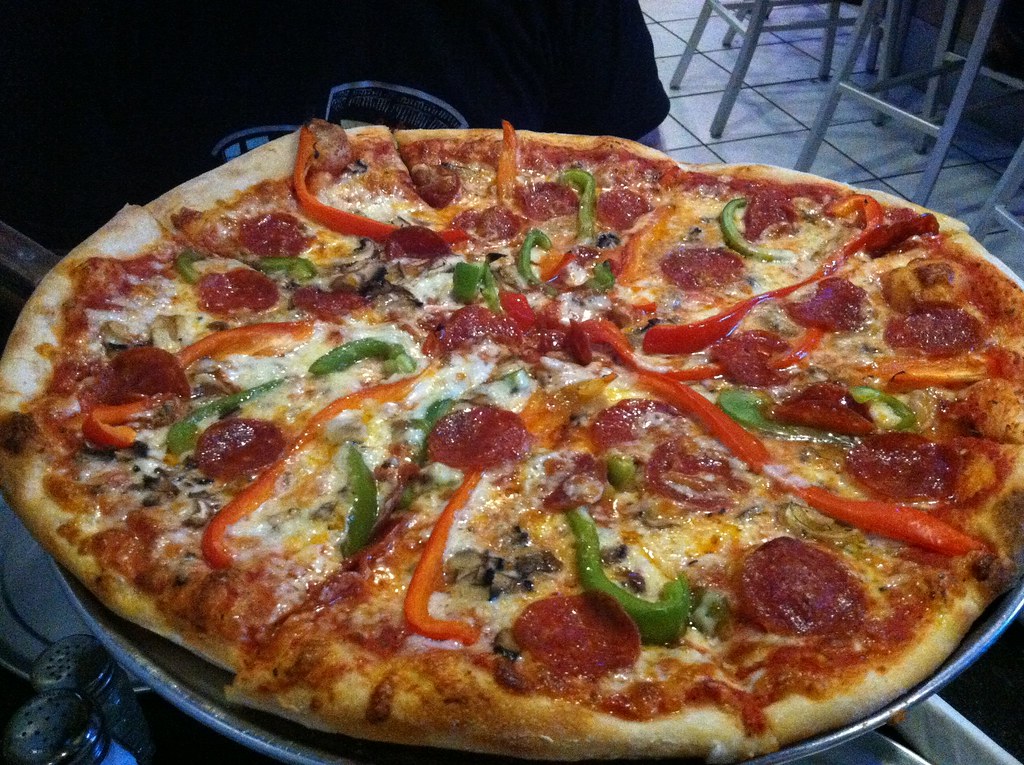 Delicious! It was a fantastic evening!

And then, I decided to split this recap of the weekend in two posts, because I have way too many pictures and can’t decide which ones not to post! Stay tuned!