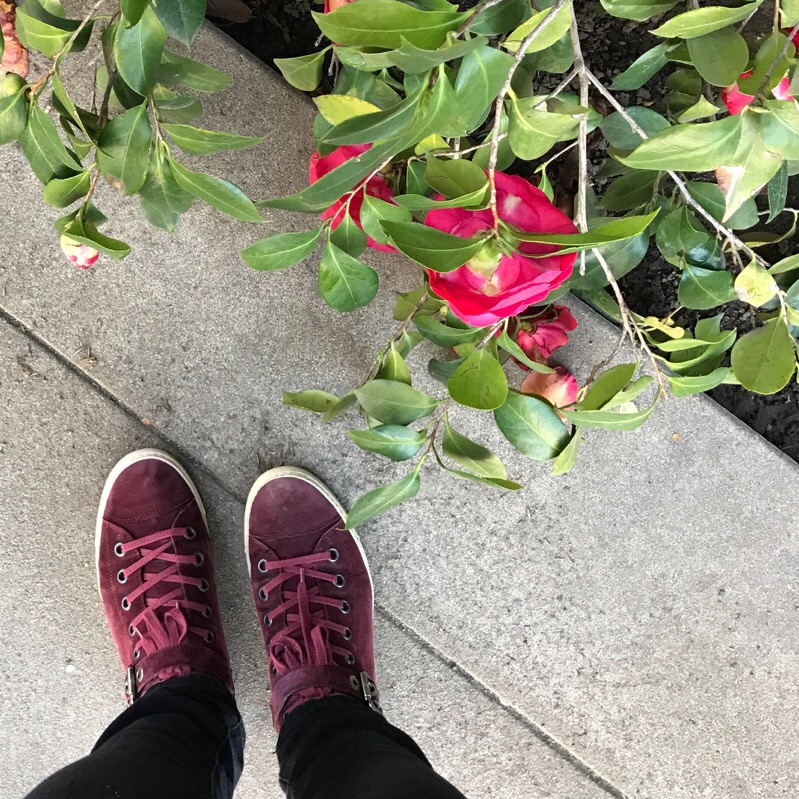 Today is International Women’s Day and I want to give a shout-out to all the amazing women that I am lucky to know and call my family + friends.

I am not really a self-described feminist, which merely is to say I don’t throw around the label a lot, but I do believe in the power and strength of women. I can only imagine what our country would look like if we had elected our first female president (something that is not so earth (or should I say ‘ceiling’-) shattering in other countries, I would like to remind you), but let’s not go there right now.

Contrary to popular belief, feminists are not man-haters. Feminists simply believe in the theory of the political, economic, and social equality of the sexes. The belief that men and women should have equal rights and opportunities.

I am currently reading ‘Shrill: Notes from a loud woman’ by Lindy West and it has – unsurprisingly – much to do with feminism, a woman’s place in this world, and how women are still perceived as ‘less’ in so many contexts.  Less accepted, less knowledgeable, less experienced, less believable, less valuable. Why is it still such a hard concept to accept women as equals?

Today is for celebrating the strong women who face insurmountable odds and who nevertheless persist, and for recognizing what women (have) accomplish(ed). Let’s face it, our societies, where power and privilege is still so often claimed by men, would totally crumble without women (and all they do without calling attention to it every. single. minute. of. every. day.).

Are you wearing red today in solidarity? (I realized, I don’t own very many red items of clothing, but man do I love those sneakers.)  #womensrightsarehumanrights #neverthelessshespersisted

I am the kind of woman who dearly misses her piano (which is in Germany) and who wishes she could still take lessons with my 96-year old piano teacher. She’s such an inspiration!

I am the kind of woman who has way too many interests. Growing up, I tried a myriad of different hobbies, from sports to crafts to instruments,  and I never thought that this could be a problem, until I was forced to make decisions, pick one thing over another, because of financial or time constraints. I never really knew what I wanted to do when I grew up, because I had so many different ideas, so I honestly believe that instead of me picking my job, my job picked me.

I’m the kind of woman who cries easily over big things and little things, sad things and happy things, always a little bit too much emotionally invested.

I am the kind of woman who is still trying to figure out this whole thing called “adulthood”. I think I am pretty good at pretending to be good at it, but I catch myself fairly often wondering how it is possible that I am not a College student anymore.

I am the kind of woman who likes to bake and cook. While I don’t believe in stereotypical gender roles, I am definitely the boss in our kitchen.

I am the kind of woman who takes honesty over pretense any day.

I am the kind of woman who prefers a chat over a big pot of tea over going out to the bars. I am more interested in getting to know a person, not how many beers/wine/cocktails (s)he can drink.

I am the kind of woman who is by no means a clean-freak, but who likes things neat and in order. I’ve been told that this is (partly) because I am German (who knew?).

I am the kind of woman who can spend hours daydreaming of the past, recalling places, faces, smells and words spoken. I’ve always been a little bit of a nostalgic person hanging on to the past a little bit too long.

I am the kind of woman who wears her heart on her sleeve, but is still protective of certain parts of her life. Some things are better kept to myself (or a select group of people).

I am the kind of woman who thrives on anticipation. Counting down to something and relishing in the thought of what’s to come is almost better than the best surprise.

I am the kind of woman who always tends to pile up projects and commitments sky-high and then scrambles to get everything done and everybody happy. I guess I work well under pressure.

{inspired by my lovely friend Mandy}

I’m the kind of woman who will always, always give you the benefit of the doubt, often one too many times. I always believe in the best in people and go to great length to try and prove it.

I am the kind of woman who almost always prefers a night in over a night out. I value meaningful conversations over coffee more than getting drunk at a bar.

I am the kind of woman who likes to work with her hands. May it be assembling furniture from IKEA or being crafty with paper or yarn. Everything that can be done with my hands and results in a finished product makes me soothingly happy.

I am the kind of woman who likes a little bit of girly stuff but who’s perfectly fine hanging out with the boys. I used to have a lot of guy friends when I was younger and I valued their no-drama friendships. I have lovely girlfriends, too, but usually big crowds of girls freak me out a bit.

I am the kind of woman who thinks that every friendship is unique and needs to be nurtured and tended to. Once you become my friend, you will find it very hard to get rid off me again. I am loyal to a fault and will always work on keeping the relationship going.

I am the kind of woman who believes that problems can only be solved if both involved parties are open and honest with each other. Relationships only flourish when there are no misunderstandings and false assumptions messing with it.

I am the kind of woman who prefers a shower over a bath 99% of the time. Every now and then, I crave a hot bath to unwind and relax, but most of the time I am too busy doing other things to take the time for a long bath.

I am the kind of woman who would like to preserve every precious moment of her life in a picture. Sometimes I wish I could put the camera down for a second and just enjoy the moment, but since pictures usually help jump-start my memory, I take my camera everywhere I go.

{inspired by this post by my lovely friend Mandy}