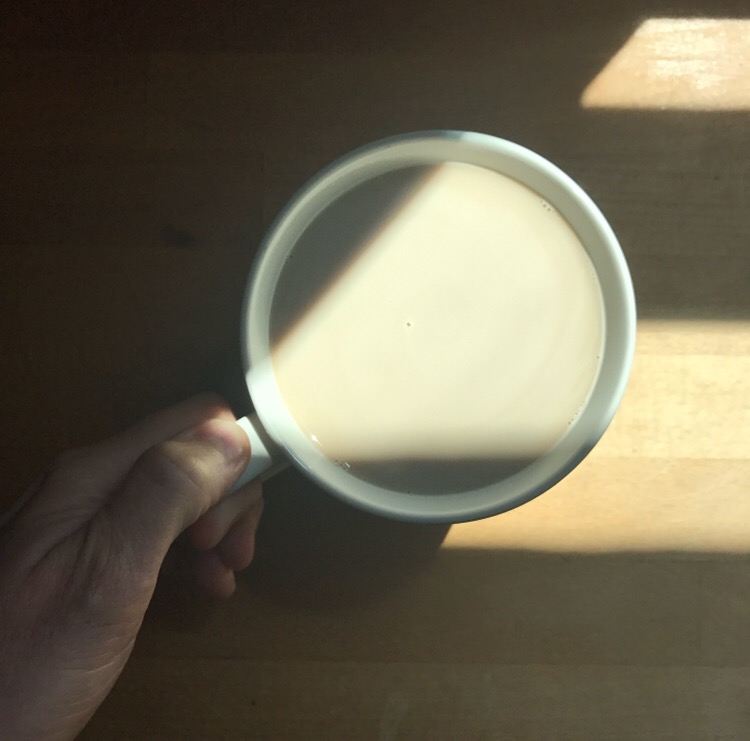 I am just coming off a three day weekend and have not managed to blog. So there is that. At least, I can try and throw a little update together. You’d like that, right?.

+ I had planned to publish the first road trip recap post this week, but I think this will have to wait until next week (hoping that I’ll get around to writing this weekend). Do you ever have all these grand plans for writing and then nothing happens? Yeah, me too.

Instead, I cleaned our house and grocery-shopped and did laundry and all the things that you have to do after your normal routine has been thrown off by traveling (but it was so worth it, no complaining here!)

+ Sadly, we had to say farewell to baseball season last weekend (the Red Sox didn’t make it through the playoffs and as of yesterday, John Farrell is gone, which makes me sad. He was a good manager and I liked him as a person.).

+ I received news yesterday that my bff’s cancer is back and I just about had it with the cancer news from friends. My bff has been dealing with this brain tumor for the last 9 years and it’s just so incredibly unfair. I am a bit scared and frankly a little pissed off, but also can’t help to be incredibly positive and hopeful that she’ll beat this sucker once again. What else could I even think right now?

+ My heart is breaking in a million little pieces lately with all the natural disasters wreaking havoc on all different parts of the country. Right now it’s ‘our turn’ here in California with catastrophic wildfires in Napa and Sonoma counties and the foothills. So many homes have burned down, so many people have been evacuated, some have lost their lives. It was super-smokey yesterday morning when I drove to work. I just don’t know what do with all the bad news right now. I feel really unsettled lately.

+ On a positive note, I had a couple more orders from my Etsy shop and I guess, I should be gearing up a little bit for the holiday season. It’s been fun to make cards again.

What’s a random thought on your mind today?

I am linking up with Amanda from Running with Spoons for Thinking Out Loud. 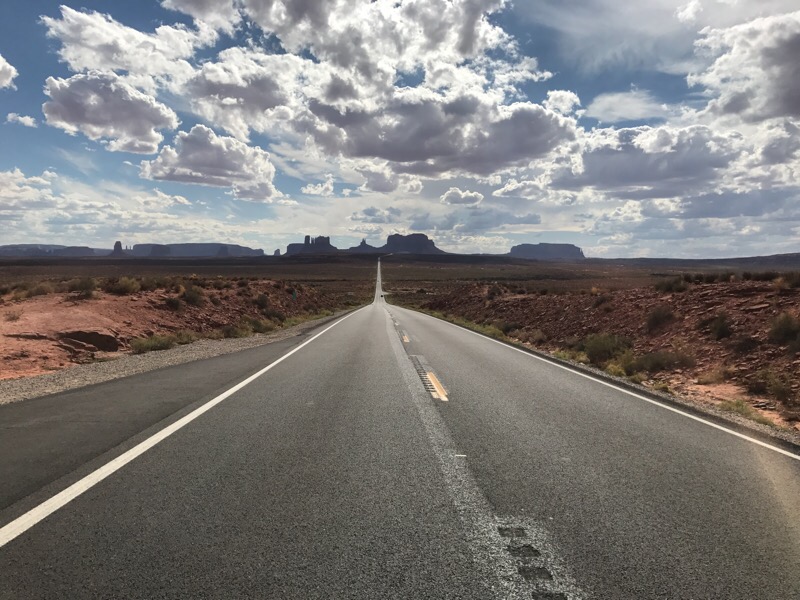 As you already know, because I couldn’t shut up about it, I went on an epic road trip with my cousin and his girlfriend in September. They were here for a total of three weeks, but unfortunately – as I previously lamented –  I couldn’t take the complete time off due to limited vacation time.
So we pieced together an itinerary over the last few months that would make it possible for me to travel with them for at least part of their trip while not using up any of my precious accrued vacation time. I did work some overtime before (and will work another couple of extra days after, like today!) to make up these hours and we took advantage of my long weekends.

There is no way I can recap our road trip in one post, so I thought I’d give you an overview of the three weeks and our travel itinerary and then recap the different stops in separate posts as to a) not overwhelm you with (mostly) photos, and b) to make it easier for back-referencing later, as I am trying to include some tips on how to do this road trip on the cheap (my cousin and his girlfriend are both students, so they were on a budget).

The hardest part was deciding on what we could actually fit into three weeks. I mean, you want to see as much as possible, but also not make this a not-too-rushed trip. Luckily, my travel companions were young and flexible, so we were able to push it a little bit.

So here’s our itinerary. I skipped out for a couple of days here in there for work, but mostly, I was able to do all the fun parts with them.

I know, we packed A LOT into three weeks, but we wanted to maximize our time and see as much as possible as it was M’s first time in the States. I mean, we can always go back for more, am I right? (Not that I am plotting my next trip in my head already, or anything.)

Have you been to National Parks? Which one is a must-go? 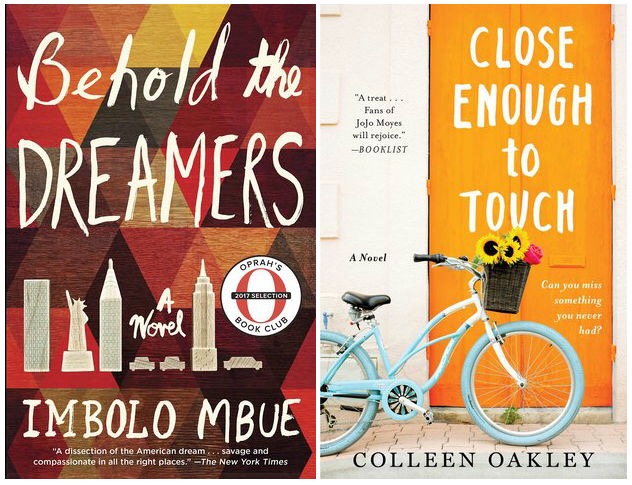 Wow, I only read two books in September. What does that tell you? It tells you that I was busy with other things. Good things. Like, road tripping and running half marathons (ok, just one) and eating good food and enjoying lovely company.

So, while this monthly review will be short and sweet and will look a little ‘sad’ with just two books to review, I am not sad about the things I filled my time with this month.

This fictional story about a Cameroonian family that comes to America in hopes of finding a better life has a very contemporary feel with the current refugee crisis and immigration debates.

I know I am sometimes a little too critical when it comes to ‘compounding’ subplots in novels that have a compelling main story that doesn’t need more drama around it (referring here to the internal problems of the family that Jende works for), but I guess that is also a bit of real life as every family has their own share of problems to deal with and when people interact, these problems overlap and get entangled. Either way, it was a well-written, heart-wrenching story and had a very real feel to it (given the fact that the author is a Cameroonian immigrant herself). It made it easier to relate to people’s life stories and their motivations to leave their home countries to find a better life someplace else. Wouldn’t we do the same if we were in their situation?

In the beginning, I wasn’t really sure if I was going to like the book… the setup of Jubilee’s story, a young woman who lives with a very rare allergy to human skin cells (aka other people) and has therefore been forced to live in isolation, felt a little too contrived. After being a recluse for nine years living off her mom’s and new lover’s monthly financial support, her mom dies and the money flow stops, so she has to venture out into the world and get a job.

And then there is Eric’s part of the story, which seemed like it could have been its own book, because there was so much going on in his life, too. He is a divorced man trying to mend his relationship with his estranged daughter Ellie, and at the same time trying to be a good substitute father to his psychologically disturbed 10 year-old adopted son, Aja, who he took in after his parents – friends of Eric’s –  died in a plane accident. Aja is convinced he is telekinetic and repeatedly puts himself into dangerous situations including a situation where he almost died.

I know, this all seems like a lot, doesn’t it? But, critical as I sometimes am,  I was surprised that I grew to love Jubilee as a person and loved how the author wove her and Eric’s story together. Two lonely souls trying to fix their messy lives. Every once in a while, I wanted to “shake”  both of them, especially Jubilee, for acting a little stupid (she reminded me a little bit of stubborn Eleanor Oliphant), but overall I really enjoyed this book and the characters in it. 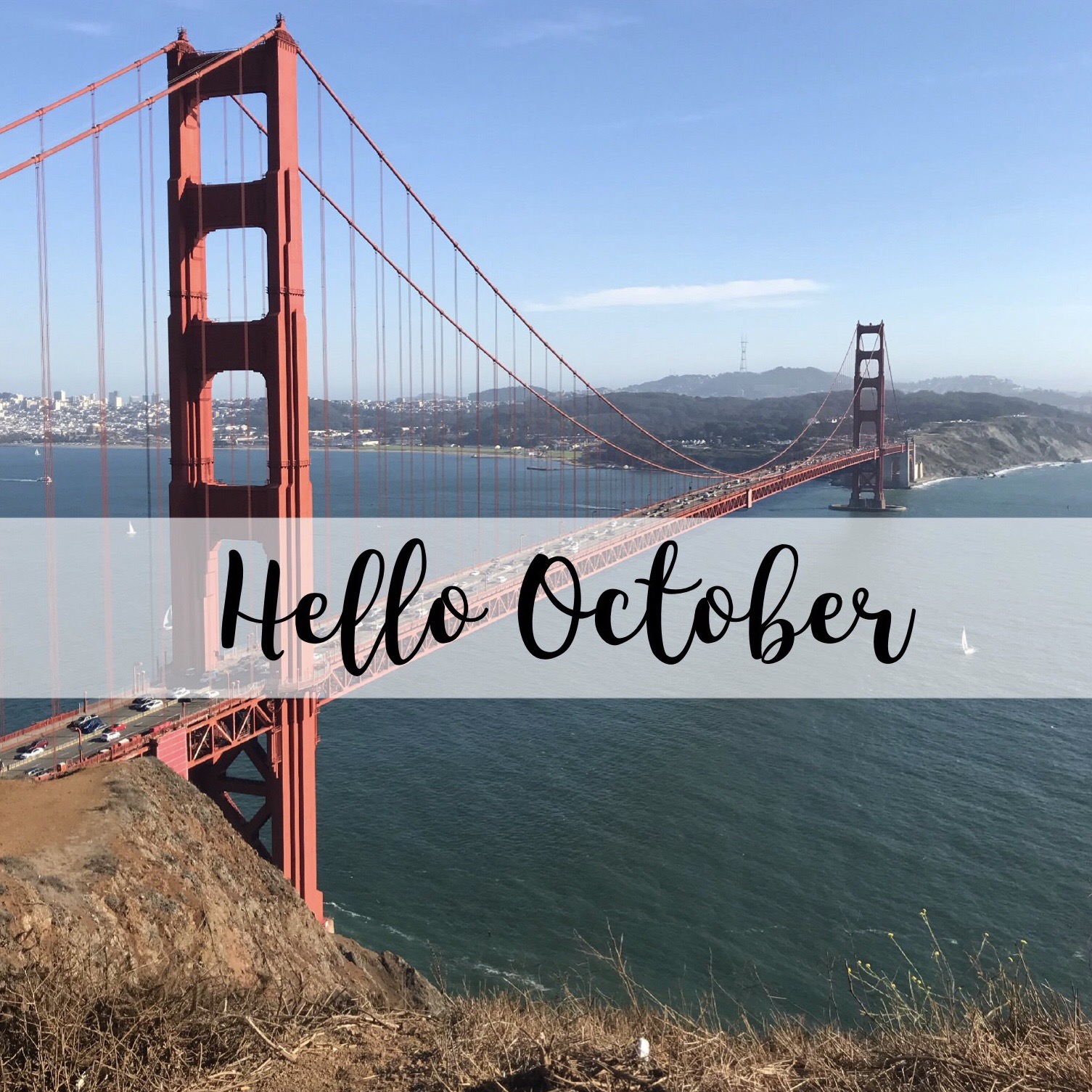 Whew. September flew by in the blink of an eye, and here we are in October. This officially feels like the first month of fall (although we’re still enjoying some pretty warm temperatures over here). Part of me doesn’t want to let a great summer go, but part of me is ready for fall. I guess, it’s good to have a love for all seasons, so saying goodbye to one is never that hard because I am usually also looking forward to the next one.

+ I started off this month with a weekend in San Francisco to enjoy the last couple of days with B + M before they headed back home to Europe. They picked the perfect time to come to California because September usually has the best weather. There was no cloud in sight, it was a comfortable 70+ degrees and we got unobstructed views of the Golden Gate Bridge.

+ Our visitors have now left and even though I was sad to see them go, I am looking forward to a bit more of a normal routine again. These last three weeks were a whirlwind. I’ll be working on some recaps of my recent travels for the blog, so stay tuned.

+ October is a busy birthday month! I know so many October babies! It’s J’s birthday on the 18th! I am hoping we’ll do something fun for his birthday. He shares his birthday with my friend Susi and then it’s also my Mom’s birthday (today!), my niece’s (on the 21st), my godson’s (on the 5th) and two of my aunts’ birthdays (the 26th and 27th) this month and I wish, as always, that I could hug them and celebrate with all of them.

+ Last year around this time, my parents were here and I took them to the Paul McCartney concert at the Golden One Center for my Mom’s birthday. I can’t believe it’s been a year! It was such a great time having them here.

+ My workout schedule was a little “messed up” due to my travel and another half marathon last month, but I am looking forward to getting into a regular routine again. Why is it always so hard to get back into your regular routine after some time off?

+ Las Vegas. What can I say? I don’t have any words left for these kinds of happenings anymore. Not because they don’t shock me anymore; they do! But honestly, if I read one more “pray for Vegas” post, I am going to throw a tantrum. Praying won’t help any of the victims anymore. Something needs to change in this country. We obviously can’t control people, so how about we control guns? Just a thought.

What’s going on with you in October?