I’ve been a little bit at a loss of words this month…. for so many reasons I guess (do you watch the news?), but I’ve been also suffering a bit from writer’s block. Not much has been happening around here. Well, except for ALL THE RAIN.

I can’t remember the last time we had so much rain.

BUT… don’t you need the rain in California, is what you might want to ask. Yes. Yes, we do. But not all at once, not as this series of storms that have been hitting over and over. It’s too much. The rivers, the dams, the soil can’t handle it.

We here in the Central Valley don’t really think about natural disasters all that much, mostly because the fires (and mudslides) happen in the foothills, the earthquakes are more likely on the coast. Flooding is really our main concern, but only if there is a significant amount of rain. And scientists have been talking about atmospheric rivers (which is what they call the series of severe storms) as a very real threat for a while now.

The river water levels are high, I keep getting frequent weather alert emails with wind and flood advisories. The rain is thwarting my plans for my outdoor running. We don’t live directly near a river, but Sacramento is prone to flooding and has experienced severe floods in the past. Some areas are particularly vulnerable. Of course the levees that have been built are supposed to protect us. So far, the levees have held up, but there have been several downed trees in the city due to the saturated soil and high winds.

My office is close to the American River and right behind a levee. My co-workers and I have been taking “field trips” (I use this word loosely, because it’s literally a 3 minute walk) to the levee to see how high the water is. Let’s just say that intermittently, the hiking/biking path that I frequent for my lunch time walks has been completely flooded. 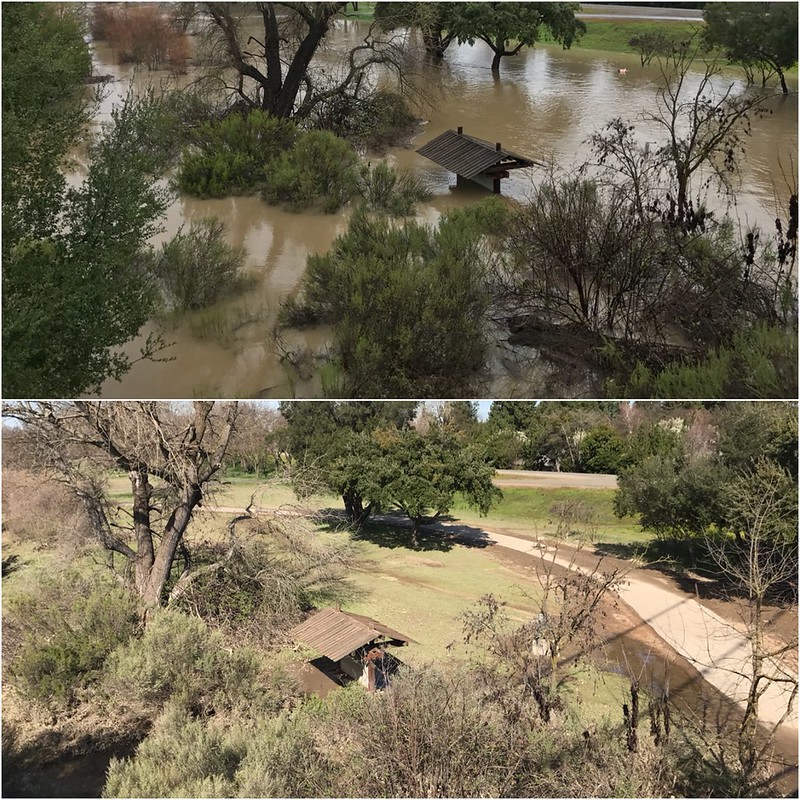 Fortunately, the water hasn’t been dangerously high to the levee top yet, but it is strange to see the difference between the water level from a year ago versus now. 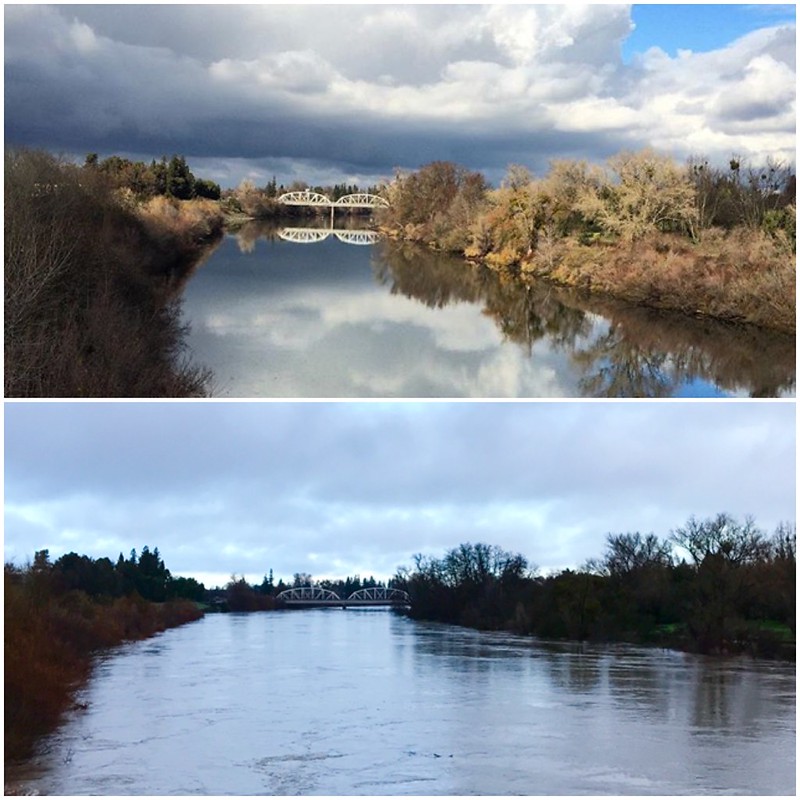 You probably have heard about it, because it was all over the news: Oroville Dam, which is actually the highest dam in the United States and water supplier for many, many Californians, was bursting at the seams. The dam is 80 miles north of Sacramento and the water from the dam flows into the Feather River, which is the largest tributary to the Sacramento River. Water couldn’t be released through the actual dam because of debris build-up and the major emergency spillway, which hadn’t been used in 50 years, has been badly damaged by erosion. The water level was so high that water was spilling over an auxiliary spillway down the hillside.

A week ago, some 160,000 people were evacuated for a few days because there was a threat of imminent failure of the emergency spillway.  Luckily, that didn’t happen and they’ve since been working on patching up the spillway to reinforce it, but the rainy season is not over and the situation is turning the spotlight on the crumbling infrastructure not just here, but around the country. Do you believe Trump will fix it?

Also larger concerns lie ahead. Did you know that reservoirs have to be kept well below capacity for flood control reasons?  Because during a storm, water can’t be released as quickly as new rain/runoff is coming in, the reservoirs have to be kept intentionally low during the rainy season. This means, they have to release water, even though in times like right now, they would like to store it after all the dry months that we had. But there simply isn’t enough space to store all the precipitation in water form. What we need is a solid snowpack in the Sierra that will release water gradually and which will hold us over for the rest of the year.  This will be a serious concern in the future when the snowpack is expected to be smaller, but water demands will be high.

For a few years, California was in a serious drought and this winter, we’ve been hit with so much rain that the dams and levees can hardly handle it. Meanwhile, groundwater levels keep falling. It’s always one extreme or the other, isn’t it?