As I mentioned a couple of weeks ago,  I was planning another “girls’ day getaway” with my friend Susi, which we’re trying to make an annual  thing) and that happened to be last Sunday. We both had been overdue for some uninterrupted girl time. There is something so energizing and soul-refreshing about spending a day with a girlfriend! One of the (many!) things we talked about last weekend: how in the world is it possible that we’ve been friends for 12 years? That’s crazy-pants. 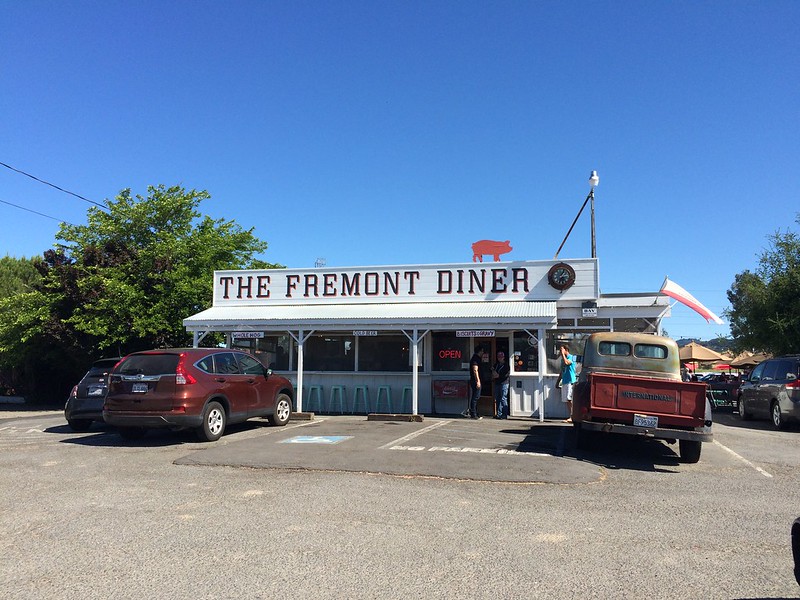 Sunday morning, we met up at 10 a.m. the Fremont Diner in Sonoma for Brunch. I first heard about this place when I  met up at there with Stevie three years ago. Since then, I’ve been kind of on a mission to take everyone to this awesome brunch spot in wine country. I took my family there last summer, my friend S in December, and now Susi. She hadn’t been there either, so we obviously had to go.

Unfortunately, they don’t take reservation and as expected, the waiting list for a table was long, but they have a nice outdoors waiting area (and you can get coffee or something else to drink while you wait) so it’s really not a bad spot to hang out on a weekend morning. 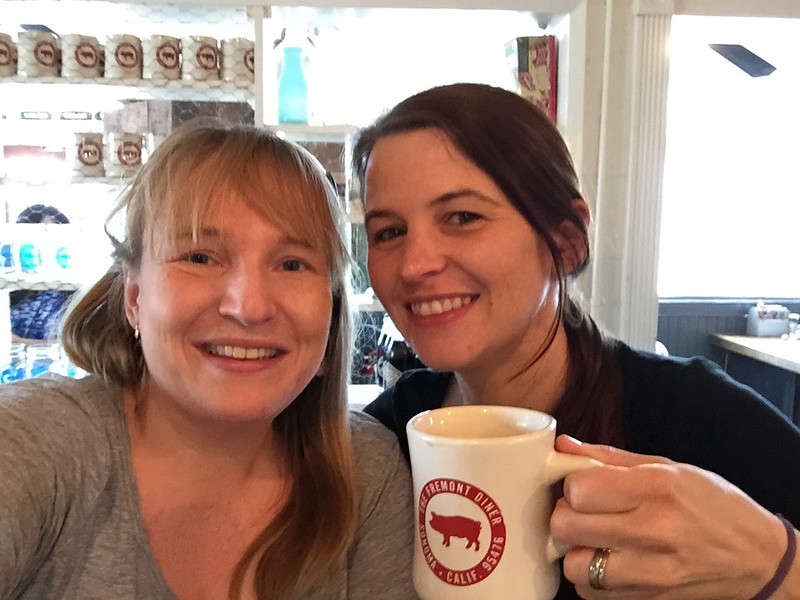 I had buttermilk pancakes and Susi had the Farmer’s toast, and we had French Press coffee with a side of good girl talk, before we headed over to Napa. 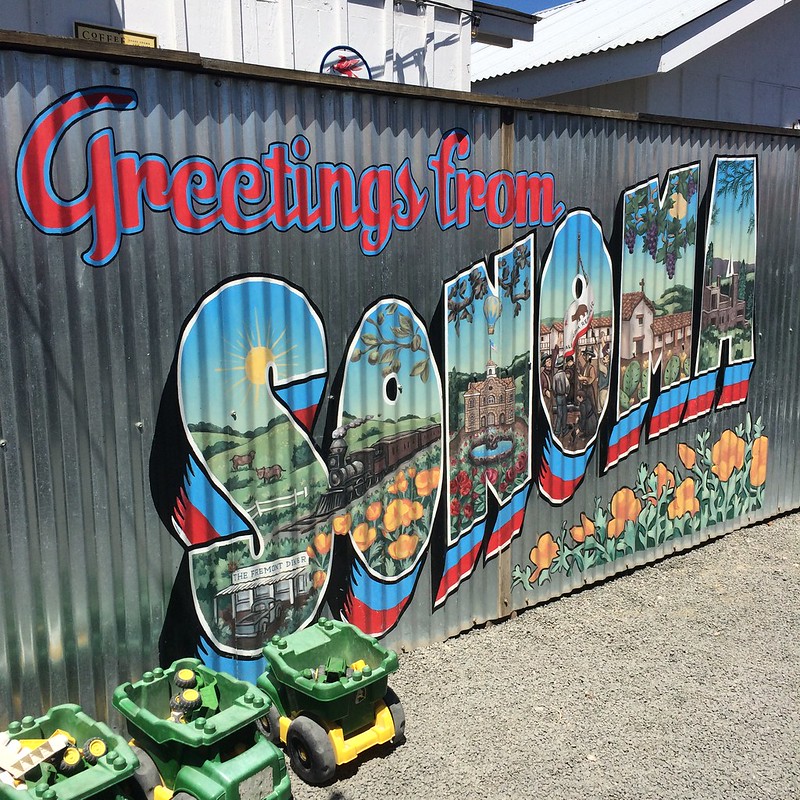 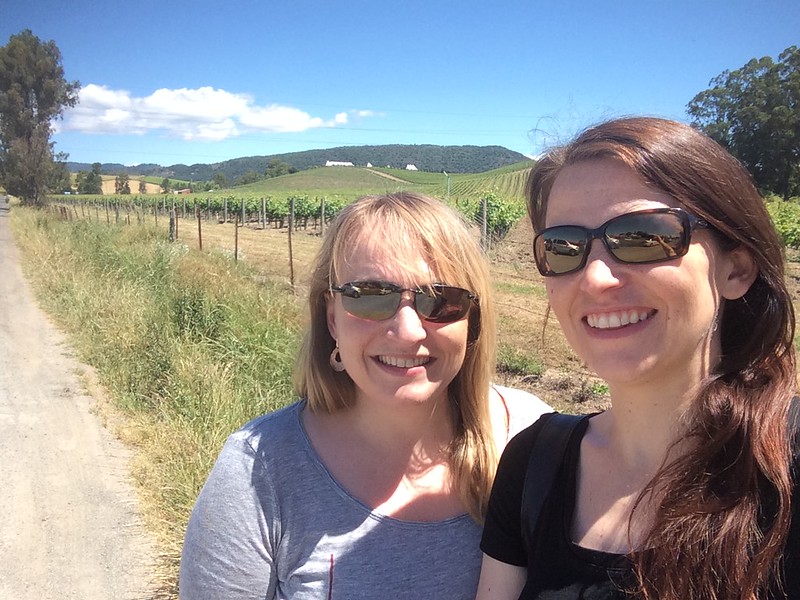 Since we had a little time to kill before the “historical kayak tour” that we had booked with a Groupon, we decided to take a stroll through downtown Napa. I had never been to the riverfront area (I don’t know if I just missed it before or if it’s kinda new?), but it’s the historic Napa mill building that has been restored and filled with shops, restaurant, and a hotel. 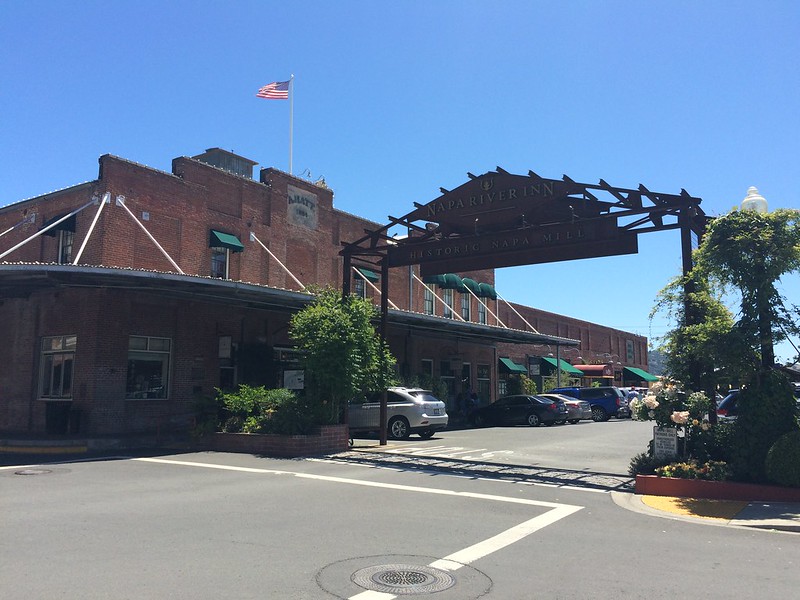 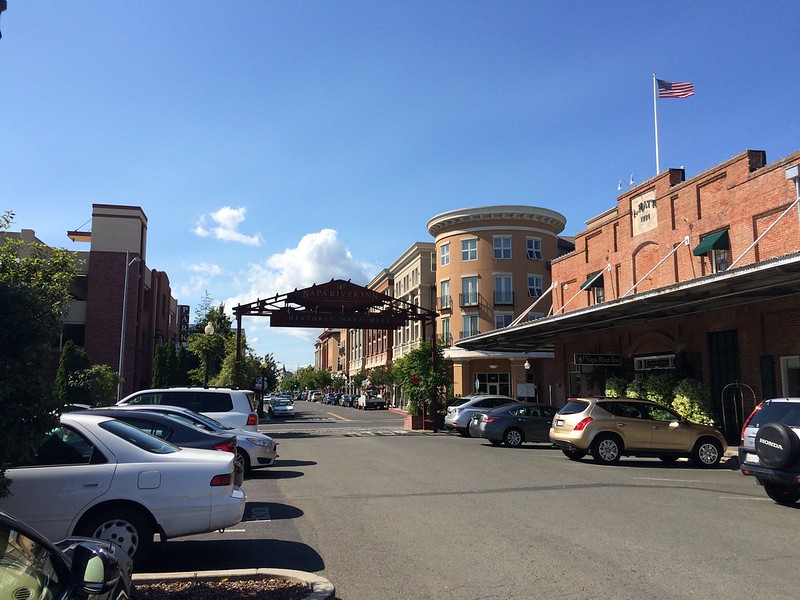 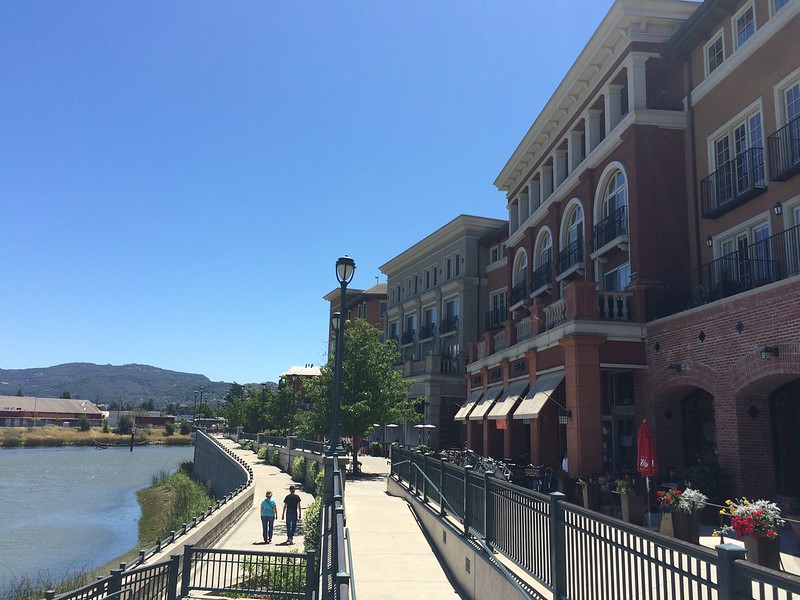 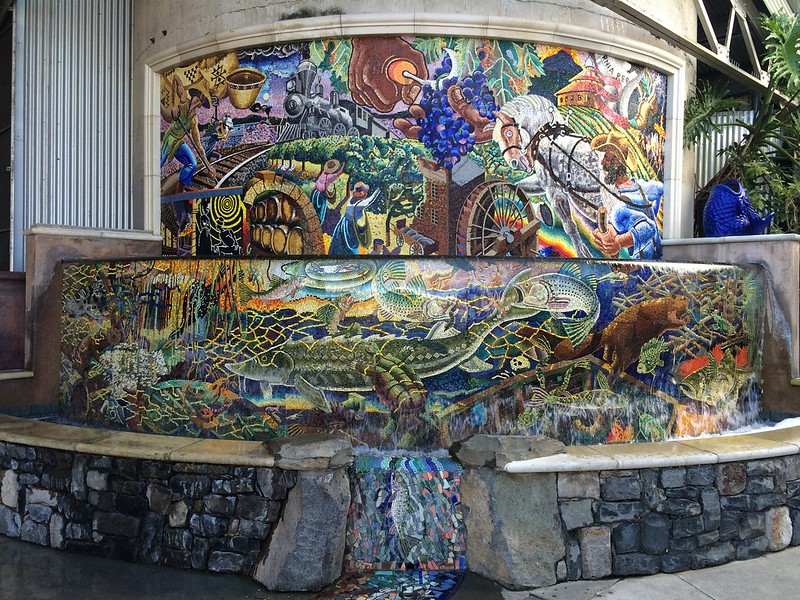 At 1:00 p.m. we drove over to the meeting area for our kayak tour. I have to preface this with saying that I had never been kayaking before (I live in California. I KNOW! Just don’t ask.), but it was so much fun. We got a quick introduction from our tour guide Justin and then we were “let go” on the river with our kayaks. 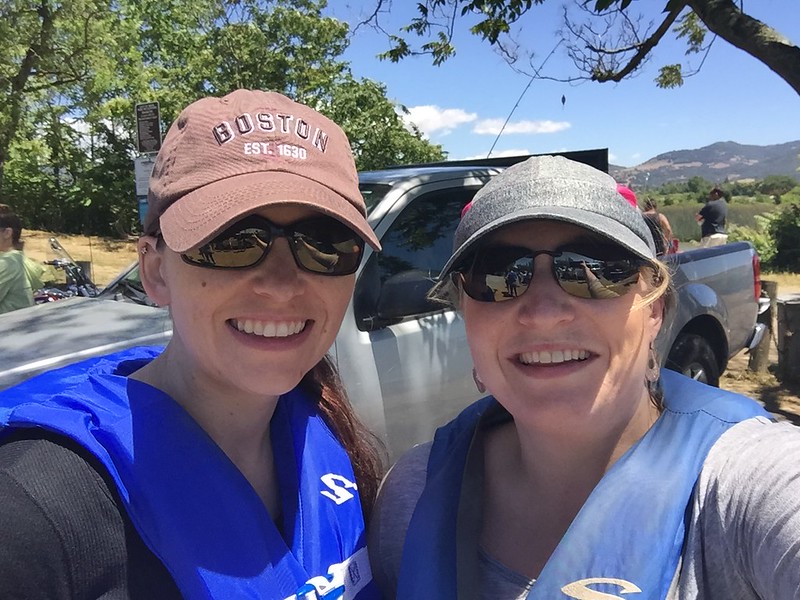 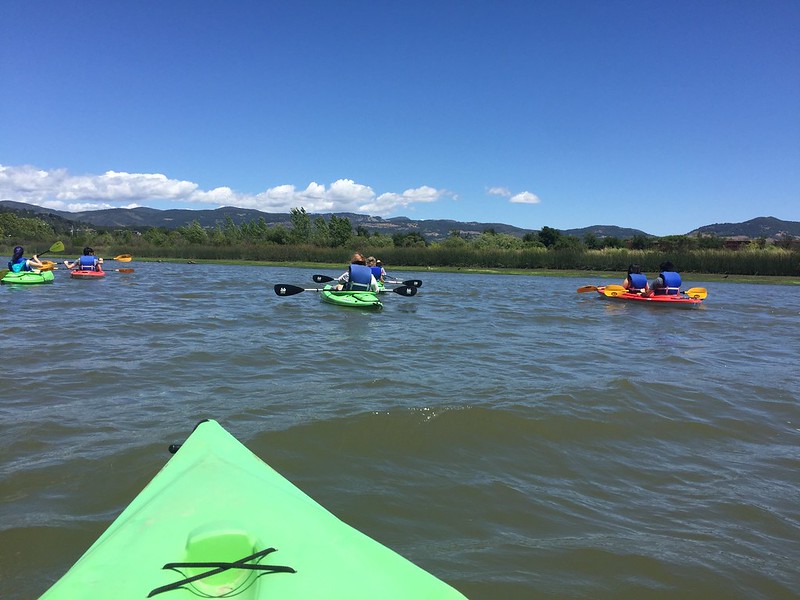 I was a little wary at first (of course, I can swim, but I am a little afraid of oceans and rivers, and I worried that I’d drop my phone – which I obviously had to take along – in the water), but actually I got the hang of paddling pretty quickly and it was really not a problem at all. We were a group of 12 people and as we were floating down the river, Justin gave us some historical Napa facts along the way. It was quite interesting and we even saw (and heard, they’re quite loud) a bunch of swallows that were nesting under the bridges. 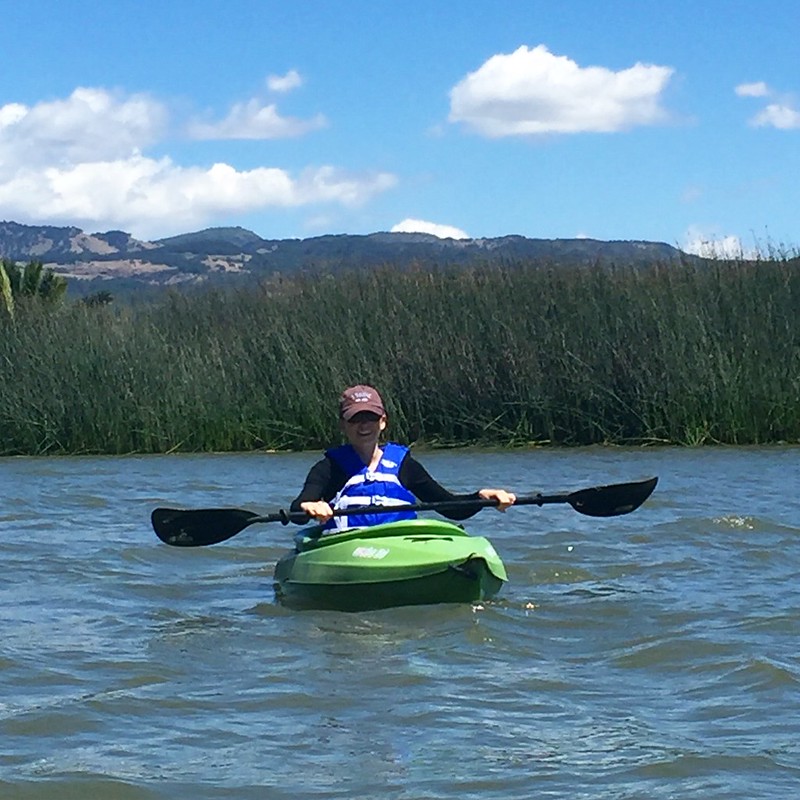 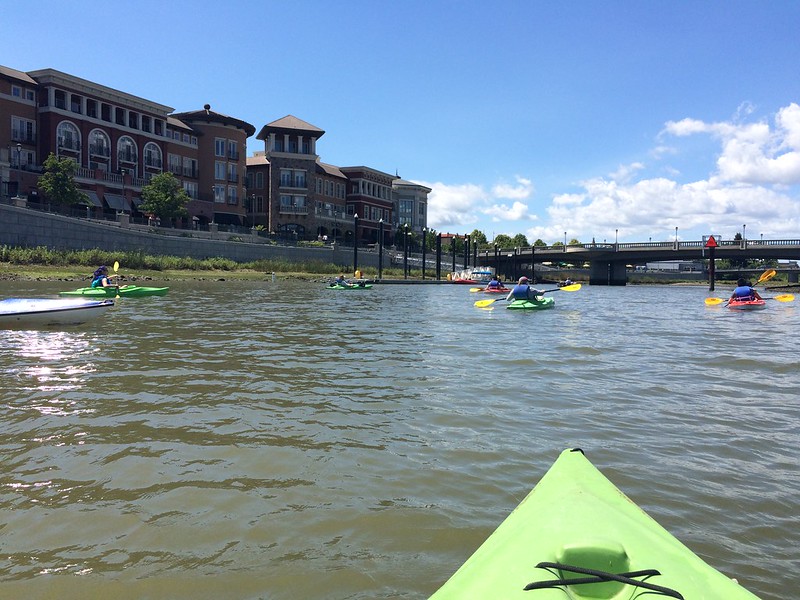 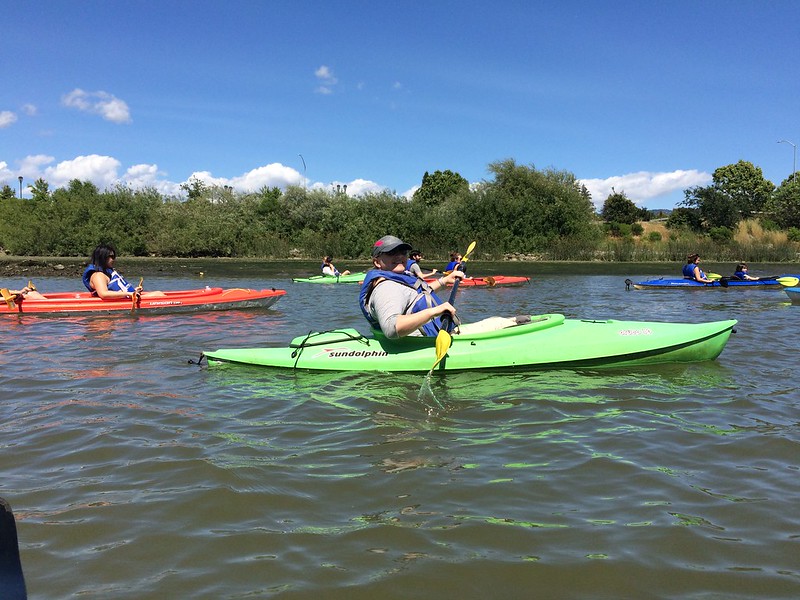 We hung out on the water for about 2 hours. Definitely something I want to do again!

Susi and I chatted a little bit more and by 4 p.m., we both made our ways back home in opposite directions.