Today (7/10) we had to get up really early to catch our flight to San Francisco. We arrived in San Francisco at 8:30 a.m. with the whole day ahead of us…. if it hadn’t been for the fact that Southwest Airlines severely damaged two of our suitcases (of course, my BIL’s and Greta’s) and were ridiculous about it. The two suitcases were hard shells that were severely dented and/or cracked and all they wanted to give us was either a $50 travel voucher (which would have been useless for them) or a replacement (soft shell) suitcase that they had in the back room. Seriously??

We left the airport with our spirits severely dampened.

We took BART to our hotel “Park Central”, off Market Street, and were able to get an early check in. We were all exhausted and decided to take a nap before heading out into the city.

Around 2 p.m., we explored the city on foot and had some lunch at Boudin Bakery. Then we walked to Union Square, Chinatown and the Financial District and arrived back at the hotel at 5:30 p.m. 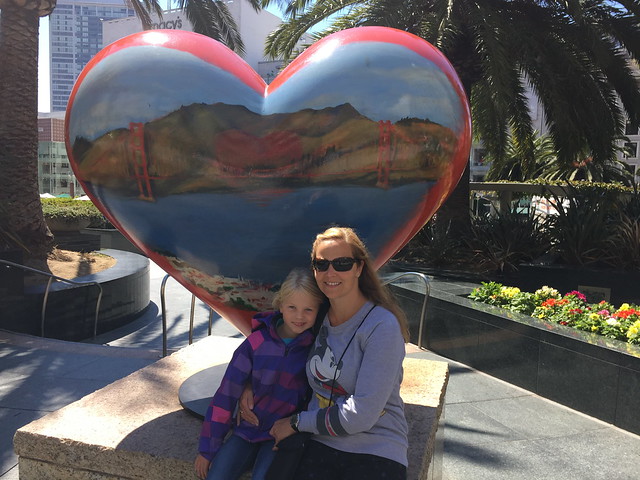 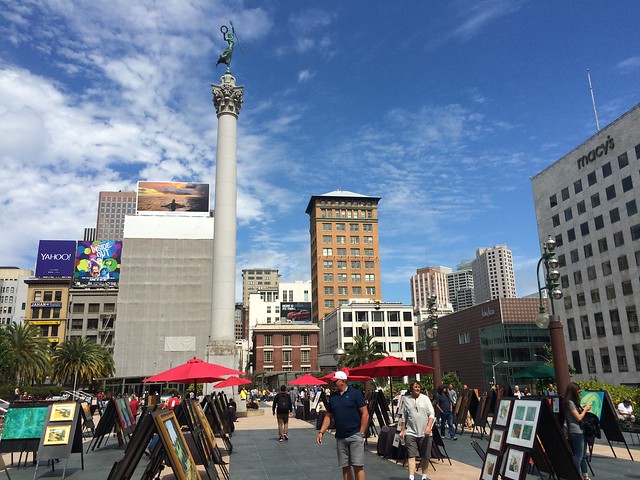 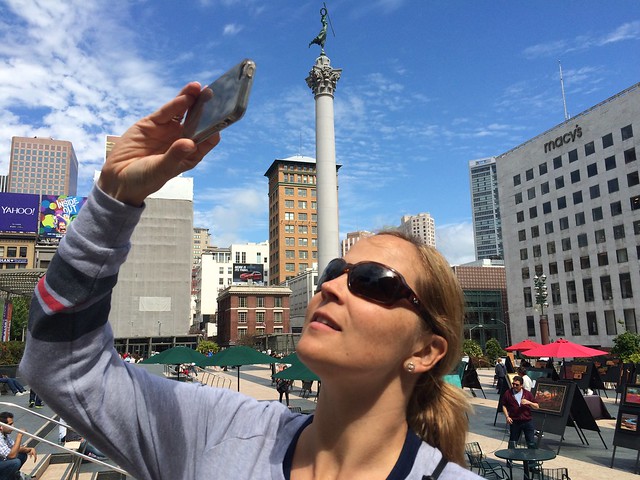 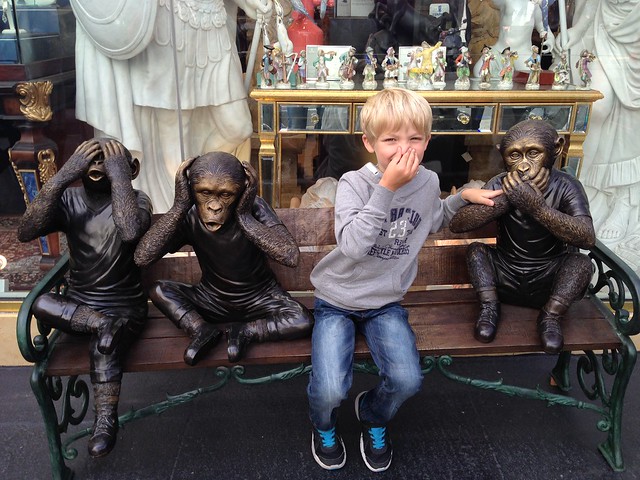 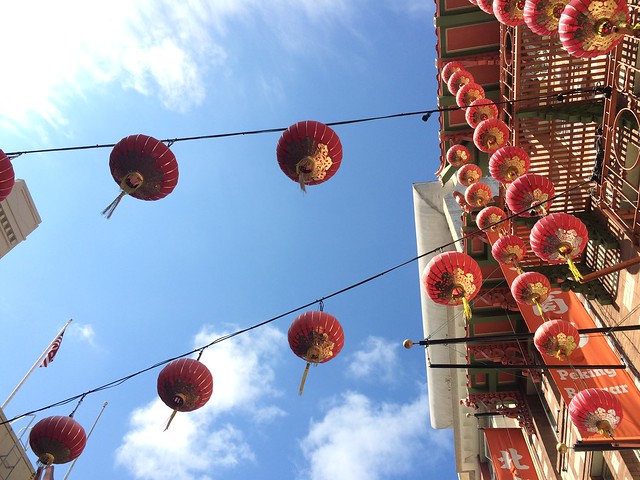 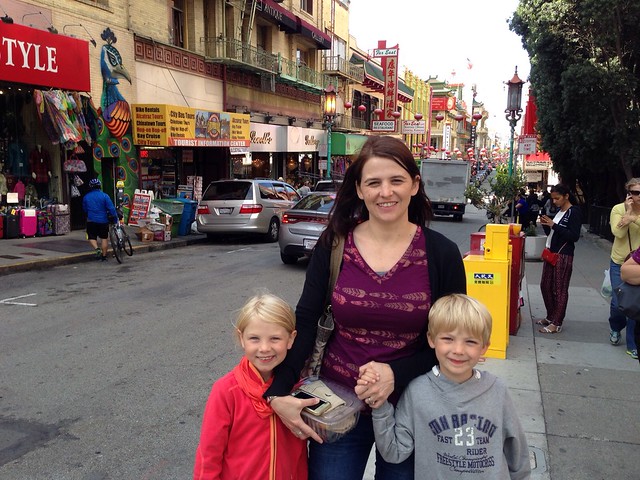 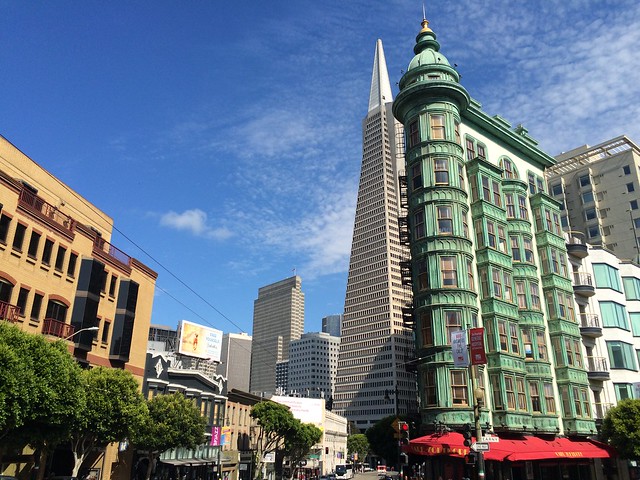 My Mom kindly volunteered to entertain the kids that evening, while my sister, BIL, dad and I headed out to a SF Giants game at AT&T Park!
I had ordered tickets months ago and was so excited to take them to the ballpark! 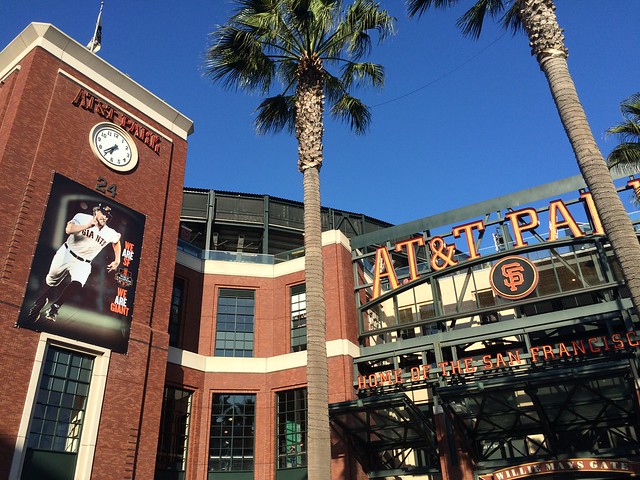 AT&T Park wasn’t too far from our hotel, so we were able to just walk there (how convenient!). My Dad and Dirk splurged on a beer that cost $11.50 *gasp* I almost fell off my seat when they told us. I guess, you’re paying for a “beer with a view” at the ballpark, tehe.
But I must admit, the view was indeed spectacular. We had seats high up in the ranks and had a beautiful view of the San Francisco Bay! 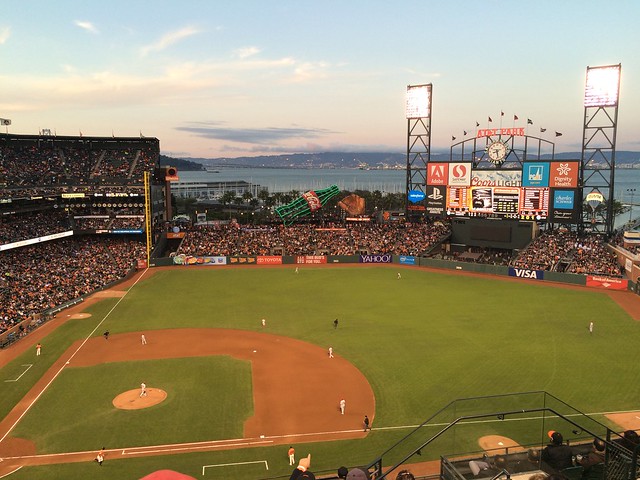 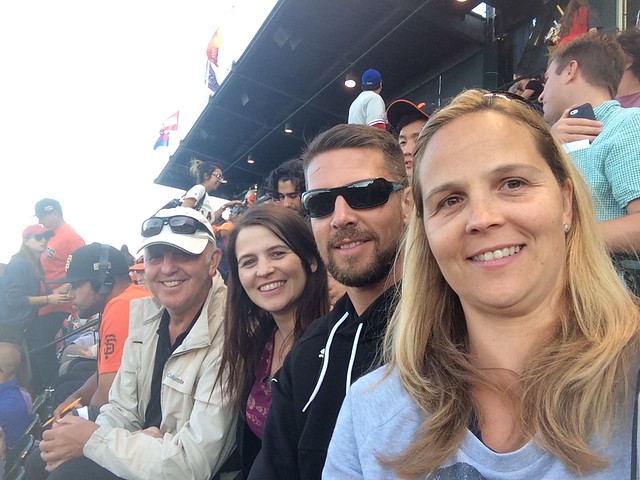 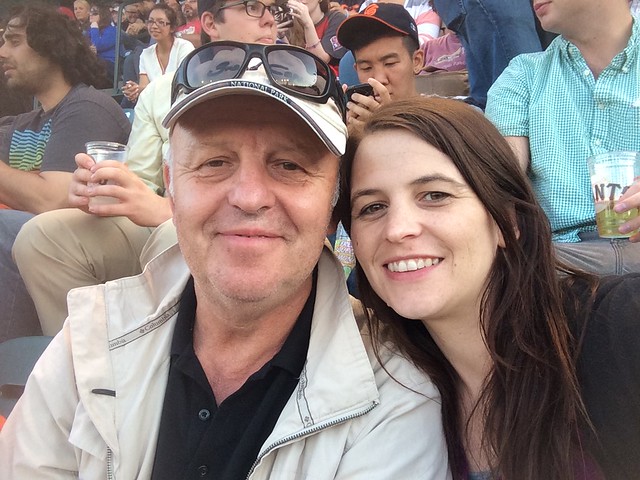 The game against the Phillies turned out to be really entertaining with a high end-score 15:2. We talked about game tactics and different plays and even witnessed someone jumping into the bay to get the baseball of a home run that was hit out of the stadium. (My Dad told me that it made sports news on German TV a few months later and he was able to say that he witnessed it in person!) 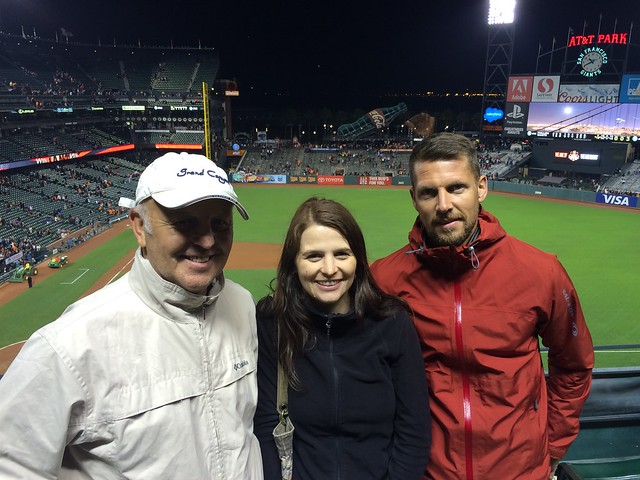 We left the stadium around 11 p.m. and since we didn’t really have any dinner, our tummy’s were growling. But where can you find something to eat that late at night in America? Only Fast Food places – even in the big city.

There was a McDonald’s around the corner from our hotel on Market Street that was open late, but which was also at this hour a hangout-spot for homeless people.

You know, I am kind of used to their existence by now, but I need to mention that Germany does not have the number of homeless people that the US has and my sister and BIL were quite taken aback by their presence and pushiness. I don’t blame them – it can be quite overwhelming.