It’s no news that I am not always up-to-date when it comes to popular TV shows and I am usually not watching what most other people are watching. Sometimes I jump on the bandwagon much later (when a series is available on Netflix and I can (binge-)watch it on my own time) or not at all. Shows that get a whole lot of hype usually turn me off from the get-go (and I realize that that might  be totally unfair to the show and that’s why I sometimes do watch it later when everybody has moved on to something else… I am weird like that).

Here are the shows that I am currently watching (in some cases only more or less regularly). 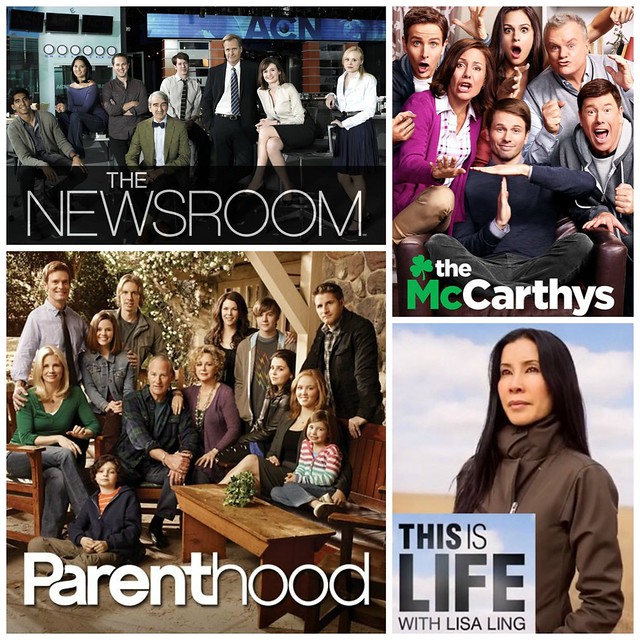 The Newsroom (Sundays at 9 pm on HBO) – This is hands down my favorite show on television right now. Season 3 just started last Sunday and I am so sad to say that this will be the last season, because HBO will discontinue it. Sad face. I personally think it’s a brilliant show, but it has — unjustifiably in my opinion — gotten a lot of criticism as well. I think it’s fantastic writing, great, fast-paced dialogues and great acting by a fantastic cast.

The McCarthy’s (Thursdays at 8:30pm on CBS) – This is a comedy series about a sports-crazed Irish-Catholic family that shares a three decker house in Boston. Ok, I admit it, I am watching this show because Joe McIntyre is in it, but I also think it’s light-hearted and hilarious and just the perfectly funny and entertaining show I need in my life. Plus, it’s set in Boston. What’s not to love?

Parenthood (currently in Season 3 on Amazon Prime) – This is one of the shows I came to rather late, but I love the cast and story lines. Despite all the problems and little drama going on, you just want to be a part of the Braverman family.

This is Life with Lisa Ling (Sundays at 7 pm on CNN) – Lisa Ling is one of my favorite contemporary American journalists and she’s not afraid to take on diverse and controversial subjects. She was on the Oprah Channel for a while with her show “Our America” and I was so sad when they announced that the show was being discontinued. Luckily, she was picked up by CNN and re-started her documentary series there under a different name.  I highly recommend it. 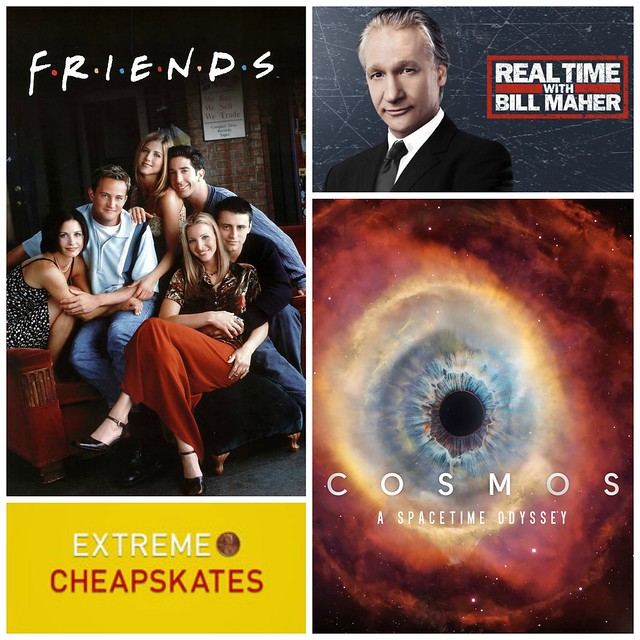 Friends (reruns on TBS and Nickelodeon) – this is a no-brainer, am I right? All you people watch Friends reruns on TV whenever possible, don’t you? Either way, I can’t wait for Friends to come to Netflix in January and I can watch the whole series again from start to finish.

Extreme Cheapskates ( Wednesdays at 9pm on TLC) – this one is my current bad reality TV guilty pleasure. I have so many thoughts on this show. You know, I am all for making a good bargain, not spending more money on something than necessary, and being frugal, but it all has its limits. I am usually sitting there watching in utter fascination and disbelief what the people on the show will do to not spend money. You know, I feel that people can do whatever they want, as long as they’re not mooching off and taking advantage off someone else in the process (like asking people at the laundromat if they can put some of their clothes in their washing machines — WHAT???)

Cosmos – a Space Odyssey (currently in Season 1 on Netflix) – J and I started watching Cosmos with Neil deGrasse Tyson a few weeks ago and it’s super-interesting, if you want to learn a bit about the universe. It’s truly mind-blowing.