Barack Obama is elected president of the USA as of 8 p.m. PST!!!! 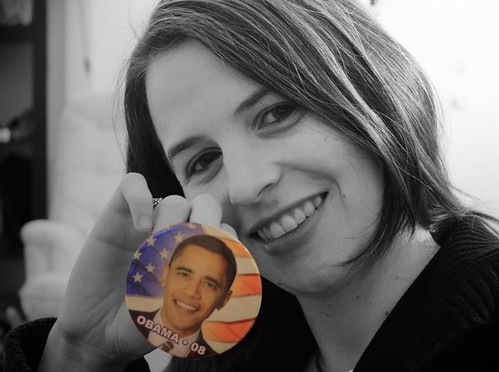 I still think it would have been nice if I – and all the other permanent residents of the US of A would have at least been allowed to vote for someone who did not make use of his right today. After all, we live here, we pay our taxes here and are just as much effected by the outcome of this election. But in the end it didn’t come down to my not-casted vote being the one that could have decided this election. Enough people knew already what the right choice for today was.

I believe there has not been an election decided so early on the night of election day as today!

P.S. Kristine voted for me!! Thank YOU!!