I am sorry for being absent for a while. I just didn’t feel like blogging and after full three weeks with my parents and cousin and all the adventures we had, it felt like there was not really anything to write about. I know you don’t mind reading the ‘boring every day stuff’ as well [or do you? ;)], but… but…

J and Aaron had their first public appearance in Santa Monica last weekend. It was fun. Unfortunately, they had decided to just play acoustic this time – which is, when it is cold and windy outside and many people are roaming about and making noise, not the best way to let people hear your full potential, but hey, it was still a good time and they made a few bucks ;)

Friday night, we went to see another band [which J and Aaron have befriended at the studio] perform at a club in Hollywood. Afterwards, we were invited to a party at the bassist’s apartment [also in Hollywood]. It was kind of nice to get out, although I still feel kind of weird about the Hollywood scene. But we thought getting our feet wet wouldn’t hurt ;)

Oh yeah, and on a different note… I had my first-time-ever! telephone-job interview this morning. Damn, was I nervous. I don’t have much experience in the job interview department, if not to say “none”, anyways, but not being able to talk with the committee in person makes you even more nervous. Thankfully, I knew the people that were doing the interview, so it was ok. Obviously, I was kind of relieved when it was over, hence the smile. 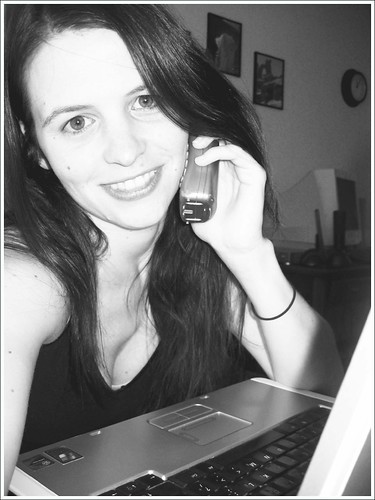