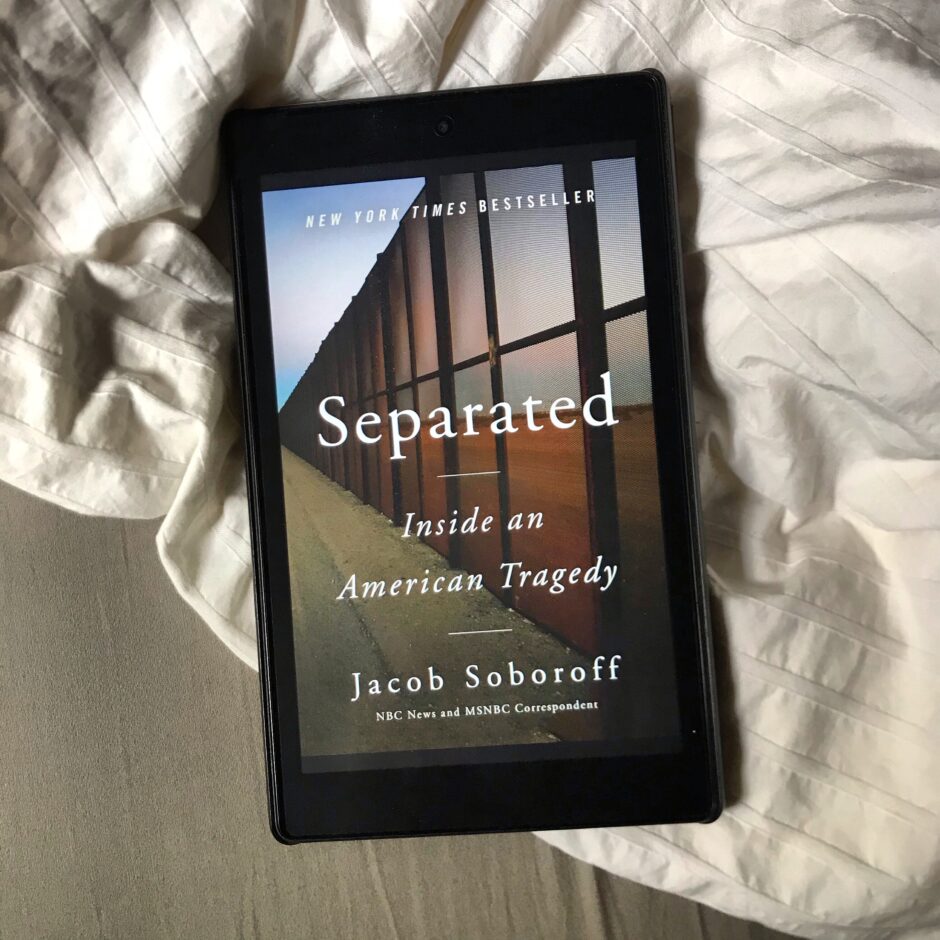 I had high hopes of getting a lot of reading done in November, especially with the long holiday weekend and nowhere to be. Well, let’s just say things didn’t quite work out that way.

I ended up finishing one book in November. It was a hard, but necessary read. Maybe that’s why it was also a slow read because there was so much to process.

Separated: Inside an American Tragedy by Jacob Soboroff (★★★★☆)

Soboroff was one of the first journalists to report on Trump’s controversial zero-tolerance policy. I remember seeing him frequently on the news, reporting live from the frontlines of the family separation scandal. He’s been back and forth to towns along the border and detention centers to document the inhuman treatment of people who’ve come to the United States for help. Just the thought that an administration treats people who have fled violence in their own countries and are so desperate that they leave everything behind to seek asylum elsewhere by punishing them and not giving their asylum claim due process is atrocious.

This book is dense. I had a little bit of a hard time keeping up with all the people and government agencies/departments involved in the family separations and cannot believe the layers of neglect and carelessness that went into the enforcement of a policy that wasn’t even fully thought through. The agencies didn’t even bother to keep a detailed record of who was separated.

While I was reading this book, I couldn’t help but think about how it would have felt for me as a little girl to be taken away from my parents. I would have screamed bloody murder, to be honest. To take children away from their parents is one of the most traumatic scenarios I can think of. To know that there are still children today who have not been reunited with their parents is beyond heartbreaking and truly unconscionable. This is one of the most shameful legacies of Donald Trump’s administration and a story everyone needs to be aware of and learn more about.

What did you read in November? Anything you’d like to recommend? Leave a comment, and then add me on Goodreads to keep in touch.