I still owe you a little recap of my wonderful week in Austria over New Year’s with my family. We had an amazing time! 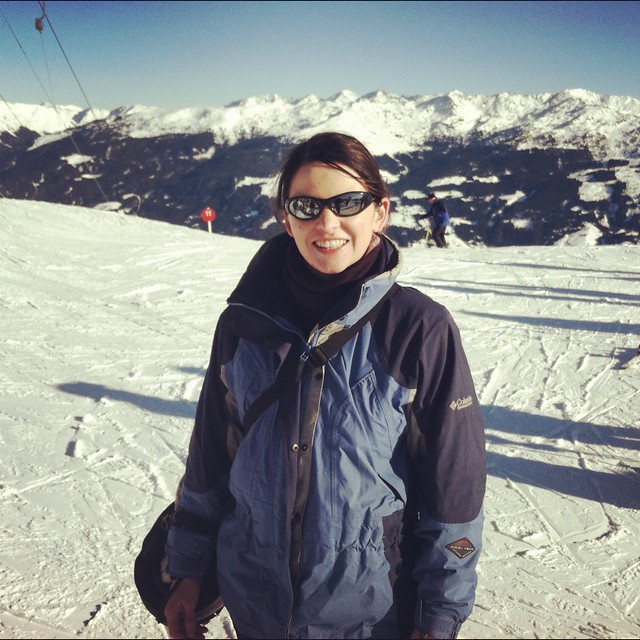 For someone, who learned skiing at the age of 4 (and snowboarding at the age of 16) and who practically spent every winter vacationing in the Alps, it had been a tough 5 years without getting on the skis/snowboard. The last time I went skiing was in 2006, when I accompanied my Dad on a skiing trip with a bunch of middle school students. A blast, let me tell you.
Then I got married, permanently moved to California and didn’t ski for 5 years. It’s sad, really.
Lake Tahoe with its wintery slopes is only 2 hours away, you want to scream at me and shake me in disbelief. And you’re right. Technically there would have been opportunities to go, but here are two reasons why it didn’t happen: a) most of my equipment was left behind at my parents’ house (which made going skiing on a whim a little impractical) and b) J, who grew up in a beach town, isn’t particularly fond of snow (even though I did put him on skis once), so the odds for me to go skiing were pretty slim (to pretty much non-existent).

Then, last year around Christmas, my sister started dreaming up a family skiing vacation for the following Christmas.

A family vacation with my parents and my sister and her family? Teaching my little niece how to ski? Hell to the YES! I was all over it. “Of course! That would be the best thing ever! Let’s do it!”

But deep down inside I sadly thought “we’ll never be able to make this happen”.

It just seemed like a ludicrous idea. Not only did it mean that my brother in law would need to get time off over the holidays and that they would have to be able to afford a vacation for a family of four, but it also meant that we would have to be able to afford flights to Europe (which, as you remember, have gotten insanely expensive in the last couple of years) and also a vacation while being on vacation. It just didn’t seem doable. But my sister didn’t give up on the idea and she and my parents kept looking for vacation homes to rent for a week after Christmas.

And then the unthinkable happened: the universe had a good day and all the stars lined up and this really unbelievable good deal for an amazing vacation apartment (accommodating up to 7 adults and 2 kids) magically fell into my sister’s lap. It was meant to be!

My parents were really generous and offered to pay for the accommodation as my Christmas gift (awesome!) and that basically cut down my costs for the vacation down to the lift ticket and food & fun money. Totally doable!

So, on December 26th, I found myself in my parents car on the Autobahn driving down south to Austria for a skiing vacation (as we had done many, many times before).

It was almost a bit surreal.

I had a really hard time picking out pictures for you guys! I took so many and they were all awesome. So this small selection will have to do!
The weather was awesome. It snowed a couple of weeks before Christmas and we had three days of sunshine and 4 days of snowfall. Perfect conditions! 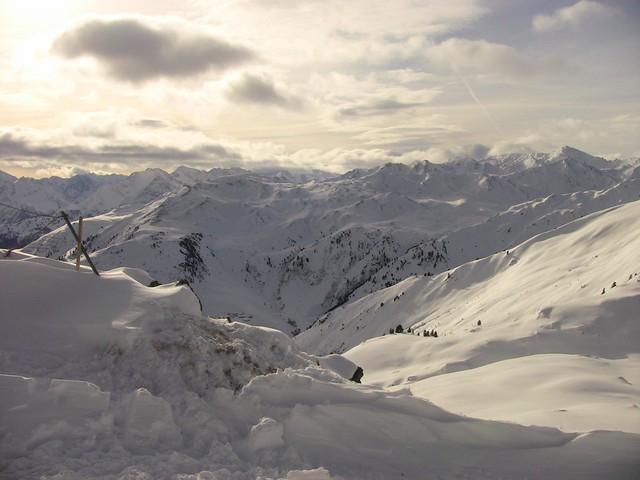 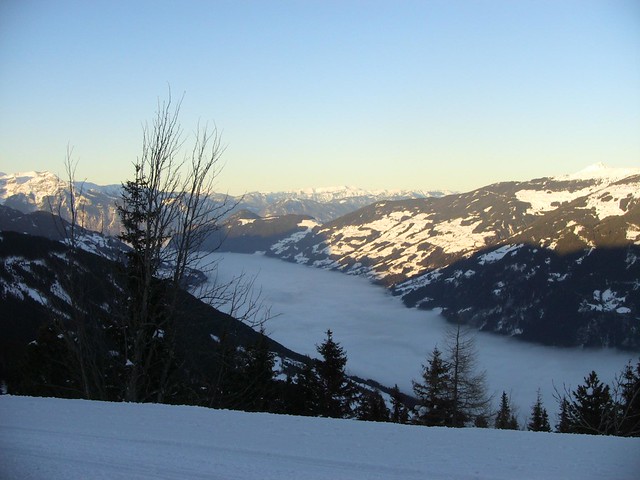 That’s a “river of fog” down in the valley. It looked amazing! 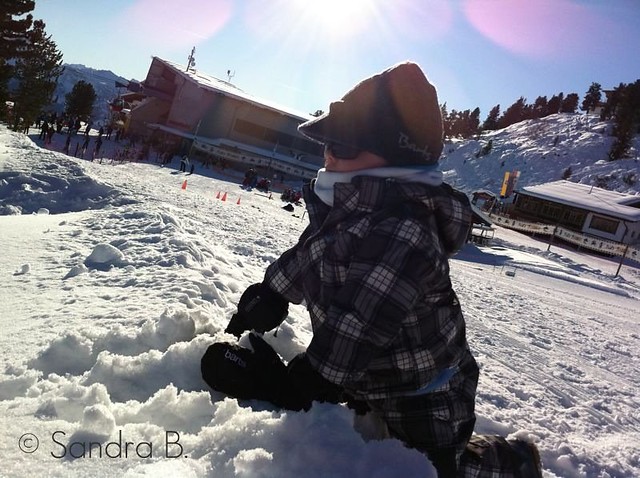 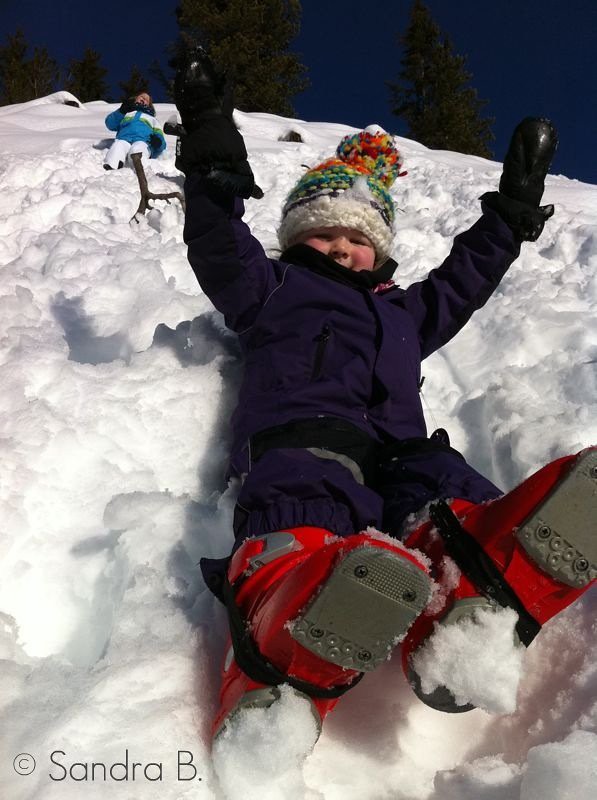 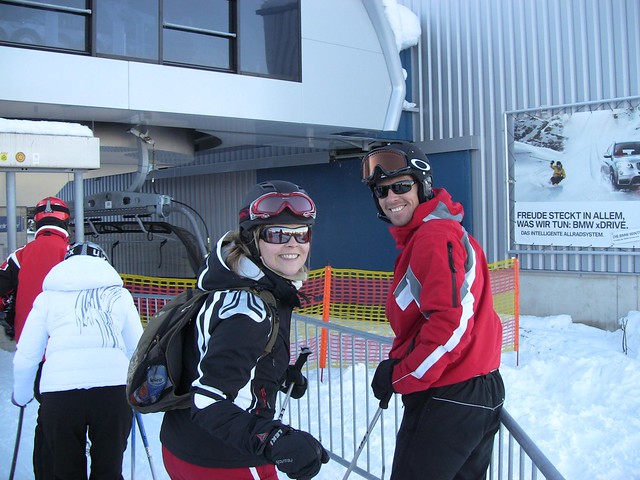 At 3, Greta is already a natural on skis. She had no fear at all and couldn’t get enough. We sometimes had to mandate breaks, because she was getting so tired, but still didn’t want to stop! 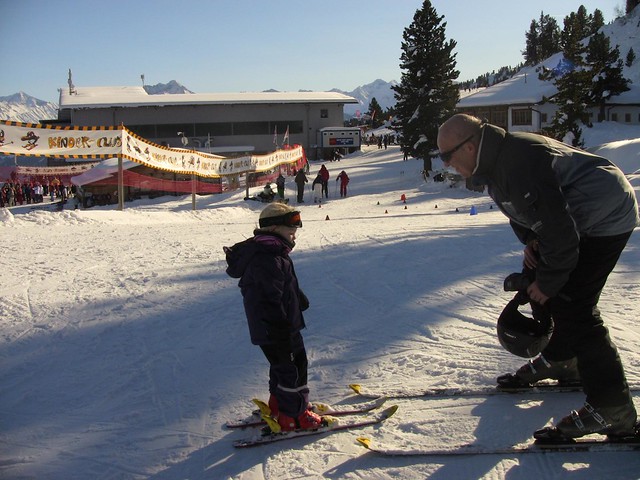 Here she is on our last day skiing down a more difficult slope while holding my hand.

Tom was still a little too small to get on skis, but he definitely thought that the sleigh that we brought for him was boring – only any good for taking a nap. (Ha! He’s really asleep in this picture!) 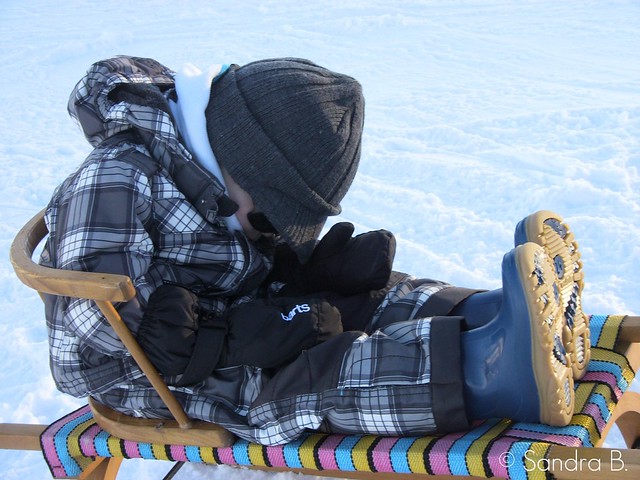 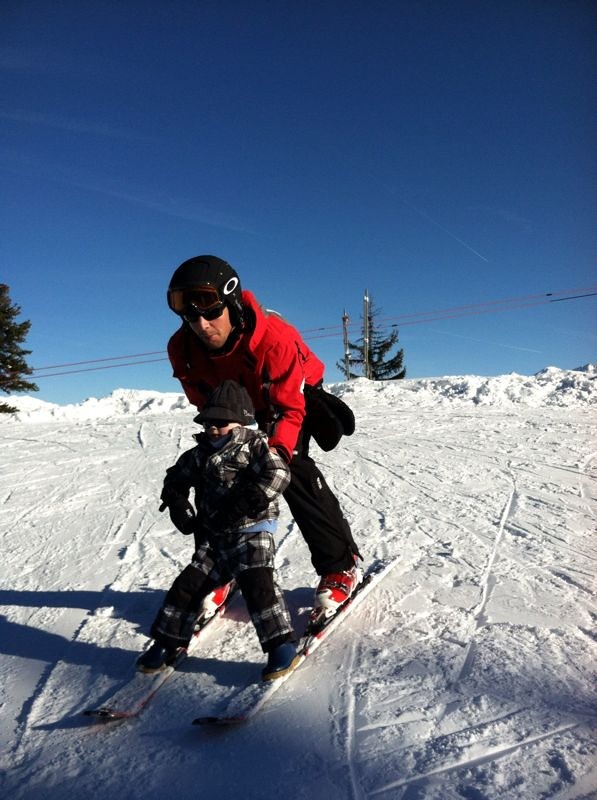 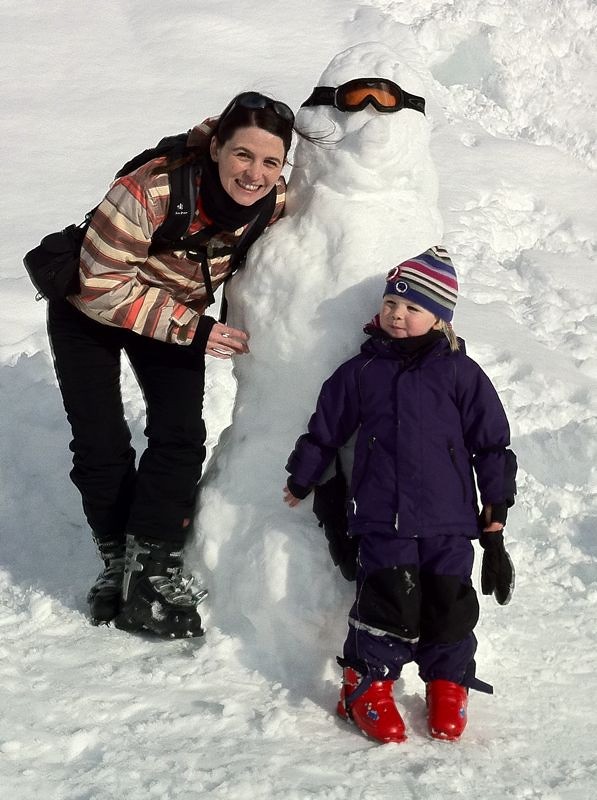 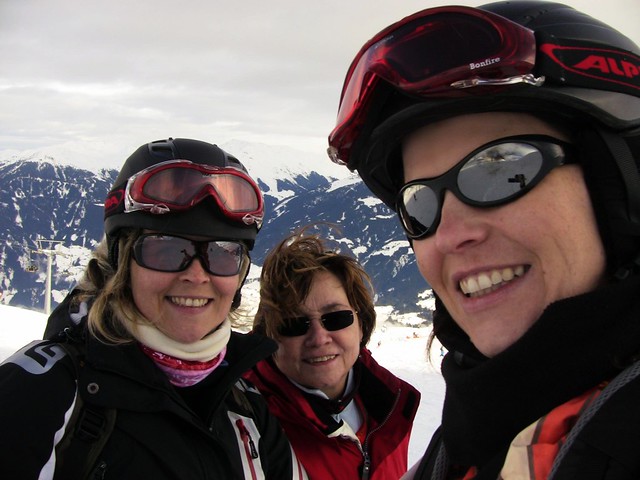 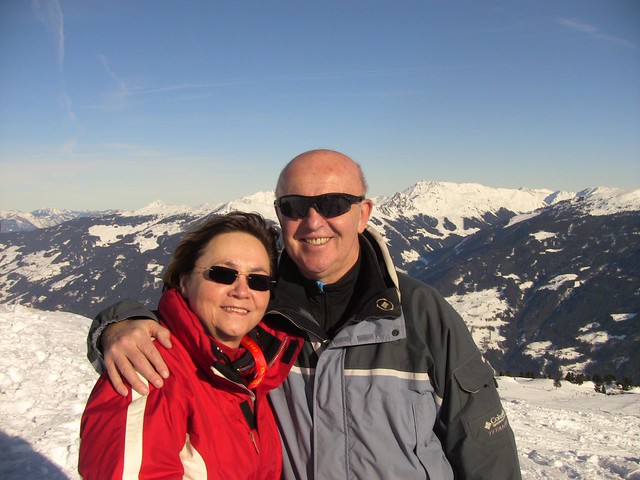 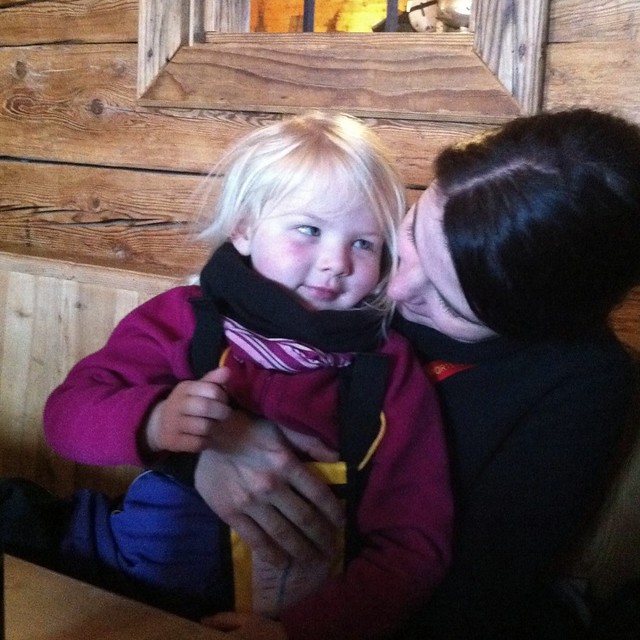 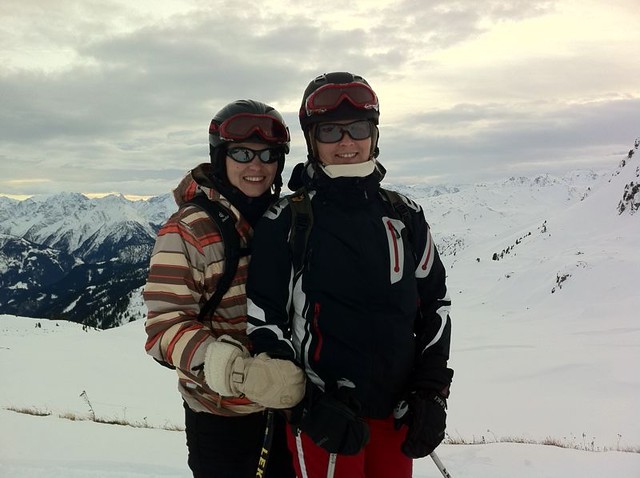 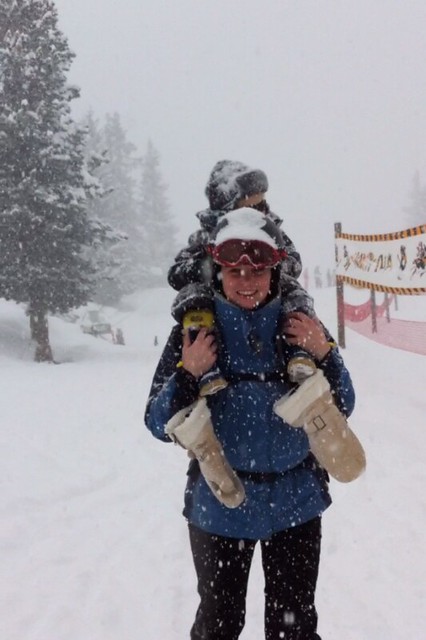 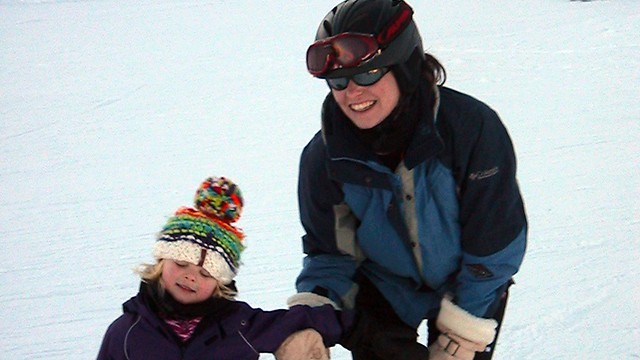 We had a blast of a week! I still can’t believe that we were able to make this happen! My sister and I have always cherished our family vacations and now with the two little ones it’s so much extra fun! Every time I talk with Greta on Skype now, she tells me that she wants to go skiing with me again. Cue the heart melt!

I really, really can’t wait to do this again!