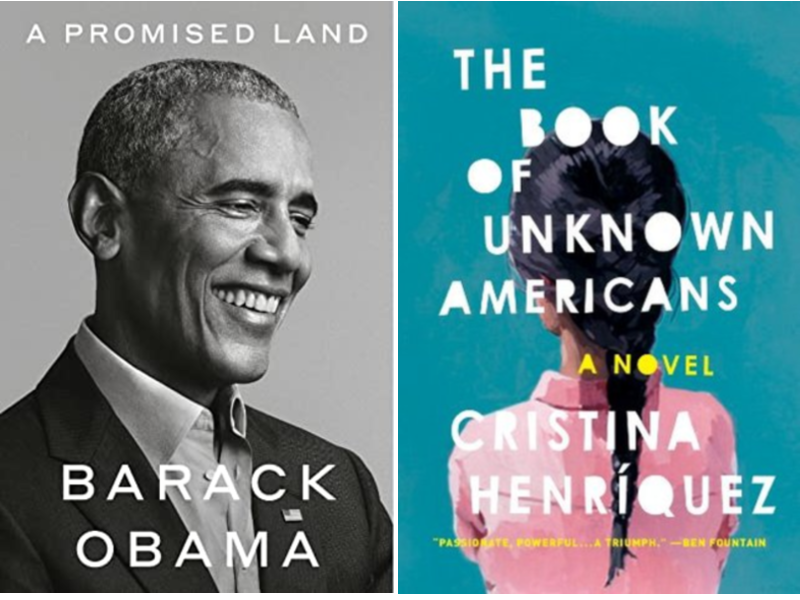 I only finished two books in August, but that was partially because I was trying to get through the second half of Barack Obama’s 700+ page book.

I gave this book 5-stars without hesitation, not only because you can’t really “rate” a memoir, but because this one was particularly riveting and well-written.

I will warn you though that this is not a book that you “can’t put down” or one that you’ll get through quickly. It took me 8 months (with multiple breaks in between) to get through this mammoth of a book, but it was absolutely worth it.

Obama’s writing is excellent, mostly somber and reflective in tone, but also sprinkled with humor and self-criticism. But be prepared, this book is information-dense and detailed and at times hard to get through. However, I really appreciated this behind-the-scenes look, as you really get to understand how he handled the day-to-day of his presidency and how he made decisions. There’s so much to balance and integrate, to weigh and consider.

In parts, the book reads like a belated policy discussion and I think he went into a lot of detail because he wished that some of the inner workings of politics, the complexity of foreign relations, and the painstaking negotiations that go into governing (with a divided congress) were more obvious to the general public. I appreciated how he explained things from his point of view and was also able to admit when he could have done things differently. He also admits that he didn’t realize just how hard it was going to be to accomplish ALL THE THINGS. You could feel the frustration between the pages about misrepresentations (through the media) and road-blocking from lawmakers that repeatedly tried to squash his idealism.

Other parts read like his personal journal where he shares his REAL thoughts on the events that took place during his election campaign and his first term of the presidency and nuggets about his family life. It’s not that I couldn’t have known this if I really thought about it, but I was particularly impressed by the fact how many important things a president has to ‘juggle’ simultaneously and keep a poker face doing it. To think that he was trying to make small talk and entertain (and crack jokes) at the WH correspondents’ dinner while Operation Neptune Spear (with the goal to capture or kill Osama Bin Laden) was underway is mind-boggling to me. How does a president sleep at night?

While I know it will be – again – tedious to get through, I am already looking forward to reading about the second half of his presidency. I can see how he wasn’t able to fit it all into one book.

On that note, I highly doubt Trump would ever be able to produce such a deep, insightful reflection on his presidency.

The Book of Unknown Americans by Cristina Henriquez (★★★☆☆)

I gave this book three stars, as there was definitely a lot left to be desired for me.

The book tells the story of the Rivera family, who come to the US from Mexico to find better treatment for their teenage daughter, Maribel, who suffered a traumatic brain injury, and the Toro family from Panama, who came to America to seek a better life, and who end up in the same apartment complex in Delaware.

The story is mainly told from Alma’s (Maribel’s mother) and Mayor’s (the teenage son of the Toro family) perspectives.Maribel and Mayor were sympathetic, interesting characters but their blooming teenage relationship, which was supposed to be the center of this novel, seemed very superficial and it was hard to grasp from the “little time” that we got to know them together, how they developed such a close relationship. We also never get to hear Maribel’s point of view, which, in a book that relies on the first-person narrative, would have been appropriate.

We also get to know other immigrant characters from the same apartment complex through various one-off chapters that tell their background stories, which were intriguing (and would have helped the book live up to its title), but they were too short, IMHO, and just added “fluff” to this already short book.

I don’t know, the book felt rushed, stayed superficial, and didn’t reach the depth that I was expecting.

What did you read in August? Anything you’d like to recommend? Leave a comment, and then add me on Goodreads to keep in touch.