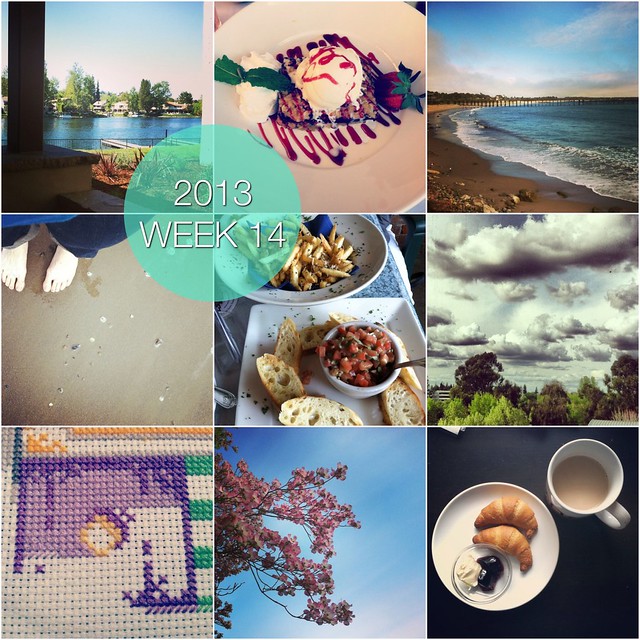 When I was perusing the Antique stores last weekend, I came across a set of china which kind of stopped me in my tracks, because it was so familiar to me. 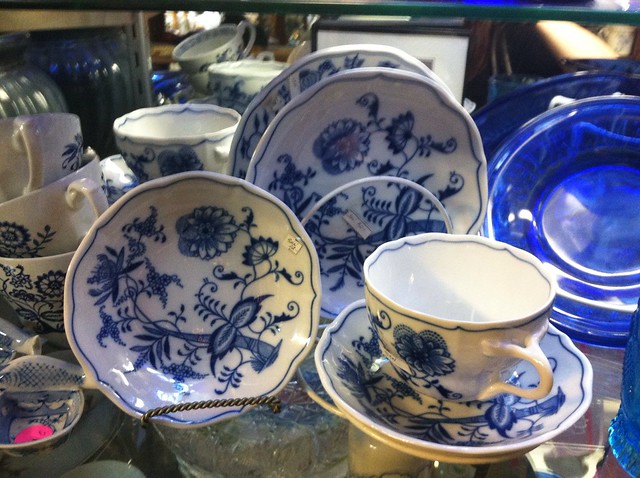 This is the china that I have inherited from my great-aunt. A full dinner and coffee set, that is. I love its vintage feel and it will always remind me of her.

When somebody dies, attending the funeral is one thing to bid farewell to a beloved person. Then, when the dust of first shock and grievance settles and the rushed arrangements for the funeral service lies behind you, a whole different process of saying goodbye follows. One that in some ways is harder and more difficult to go through than the actual burial of a body (or the remains of one).

A few weekends ago, my family went through the hard process of going through, sorting, organizing, disposing of and dividing up my great-aunt’s belongings. As I mentioned before, just two days prior to her death we had moved all her stuff into the granny flat in my parents’ house. And there it still was, all set up for her, all ready for her to move in and have a few more happy years with us. I swear, when I walked through the apartment one last time before flying back to California, the place already smelled like her.

For two weeks, my family didn’t touch a thing. In a strange way, despite having had the funeral, it was still sinking in that she wouldn’t come to live there.

I am part relieved, part bummed that I couldn’t be there when they went through her stuff. To be honest, it feels wrong to me to divide up belongings that clearly belong to someone else (even though that someone is not there anymore). My Mom called me and asked if there was anything from Ina’s things that I would like to have. I told her I would need a few days to think about it and then, whenever I mentally walked through her (old) apartment and (mentally) looked at her things, one feeling kept coming back to me again and again: that I am not entitled to anything, that I don’t have the right to make any claim to any of those items.

I kept thinking that I didn’t want any of her stuff, but that all I wanted was for her to come back.

Inheritance can bring out the worst in people (I know about it from other situations) and the last thing I want to do was to fight over a loved-one’s belongings after they passed away. I talked to my sister extensively before they went to work on the apartment. I told her that there are things that irrevocably remind me of her and that I would like to have if nobody else wanted them or if they were otherwise discarded. I did not have the guts to say “I WANT this”. I didn’t feel I deserved any of her stuff. Fortunately, things were divided up fairly and without any disagreements. I know this is how Ina would have wanted it.
The things I personally will inherit are a set of Meissen porcelain (see above), some personal items like a silver hand mirror and a small silver chest. I know my sister said there were some other odds and ends but I can’t recall any other things right now.

All of these things will be stored at my parents’ place for now. I won’t bring anything back to the States. It will be a while until I look at and touch these items again. It feels good to know though that they will be there, when I go back home. It’s comforting to know that my things will always be there, things don’t go anywhere without my permission.

Easter came and went and was spent in SoCal, including some much needed girl time with my friend Maegan.

I had Good Friday off (although it was just my regular day off, not a holiday) and we used the day to run our usual errands, do the laundry and I attempted to bake the Easter bunnies (that I found here on Katja’s blog ) on Friday night that I wanted to bring as an Easter treat, but the yeast didn’t rise and they turned out hard like rocks :( Bummer. They looked so cute. I definitely have to try making them again.

Saturday was girl time! Maegan and I met up at the Antique Mall in Agoura Hills on Saturday morning. I’ve never been antique mall shopping (only thrifting) before and it was so much fun. Looking at the old vintage stuff was amazing and I am planning to find some antique stores around here to check out.

Some of the old stuff was ridiculously expensive… but some finds were real bargains. Like this cute upside down wire umbrella that I put up in the kitchen. Only $2.79. 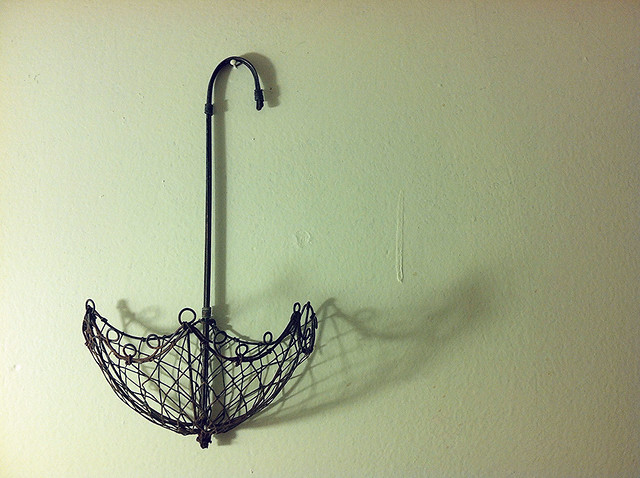 Around lunchtime, we headed to Westlake Village and had lunch at The Landing Grill & Sushi Bar. It was beautiful weather, we sat on the patio and had delicious sushi plus dessert over great conversation. Talk about a decadent lunch. 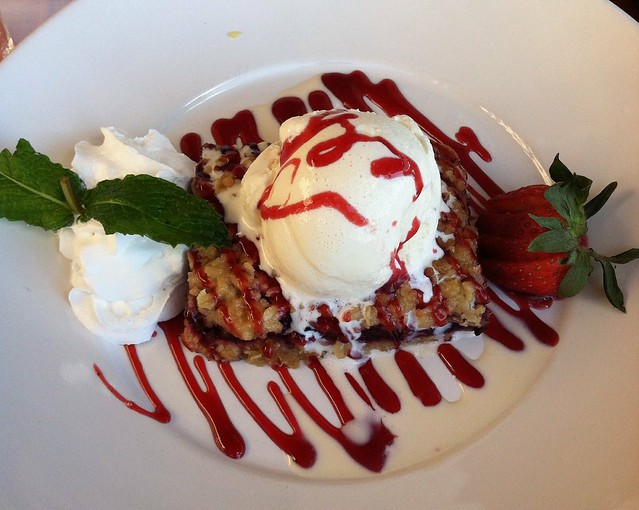 After having both confessed our love for Marshall’s over lunch, we headed to the mall for some bargain shopping. Girls’ dates are THE BEST!

Sunday started out with an (indoor) Easter egg hunt for our nephew (2.5 yo). It was raining, so we couldn’t do it outside. It was still a lot of fun and it was pretty obvious that he LOVED  the chocolate eggs and bunny that he found behind pillows, under the couch and behind the TV.

Later in the afternoon, the sun came out and we were able to go to the beach for a nice afternoon walk. 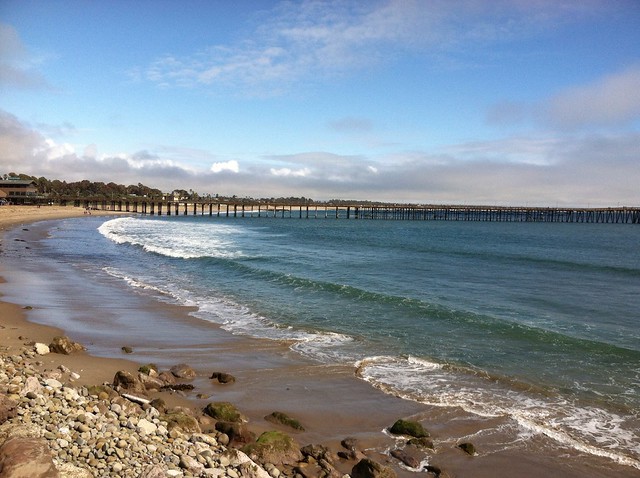 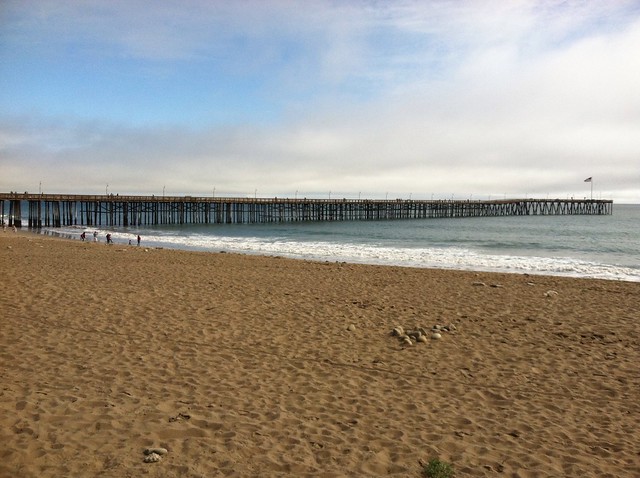 J’s Mom made stuffed Cornish Hens with green asparagus for dinner. Not sure if that is a traditional Easter dinner, but it was delicious! We watched “2 days in New York” later (it’s the sequel to “2 days in Paris” and quite hilarious!).

Monday morning, after warm croissants and fresh coffee, we headed to the beach – again – for a walk. Hey, you have to take advantage when you’re so close to the ocean. There is nothing better than some sun warming your face and a light fresh ocean breeze. Oh, and sand between your toes. Obviously. 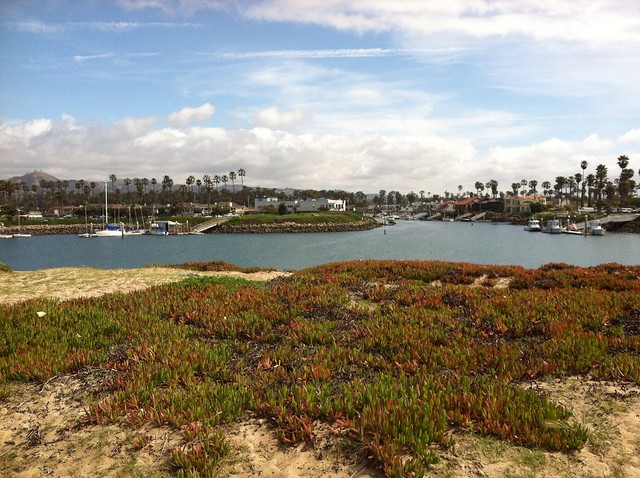 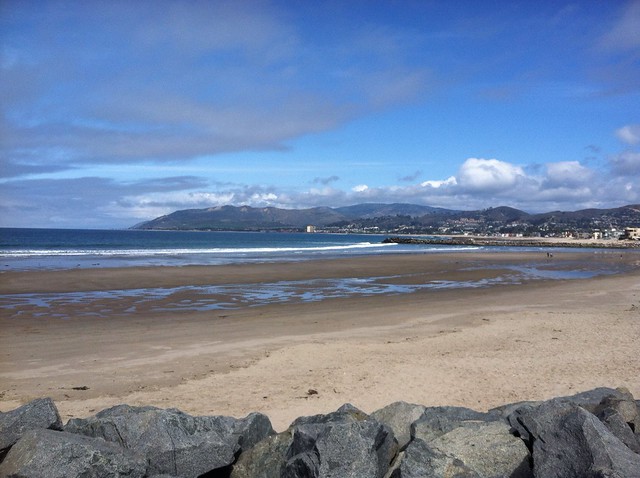 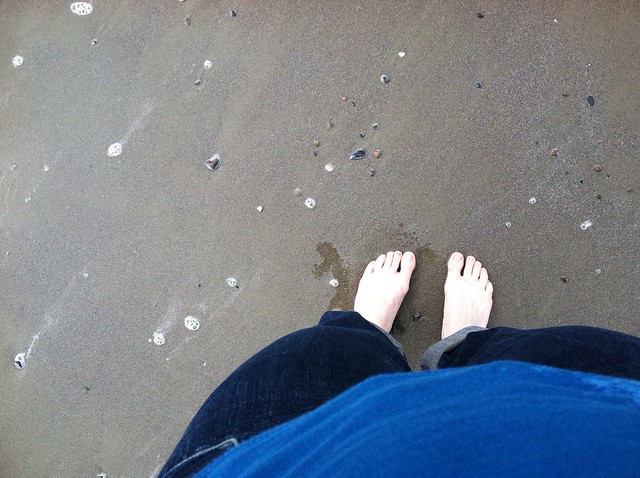 We had lunch at the Anacapa Brewing Company on Main Street and then in the early afternoon it was time to head back to the airport. Fun weekends always go by way too fast. 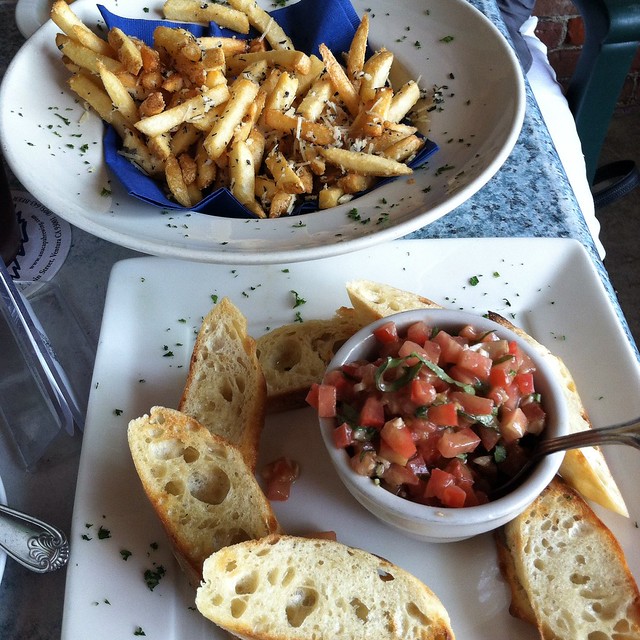 How was your Easter weekend? Do you have any Easter traditions in your family?