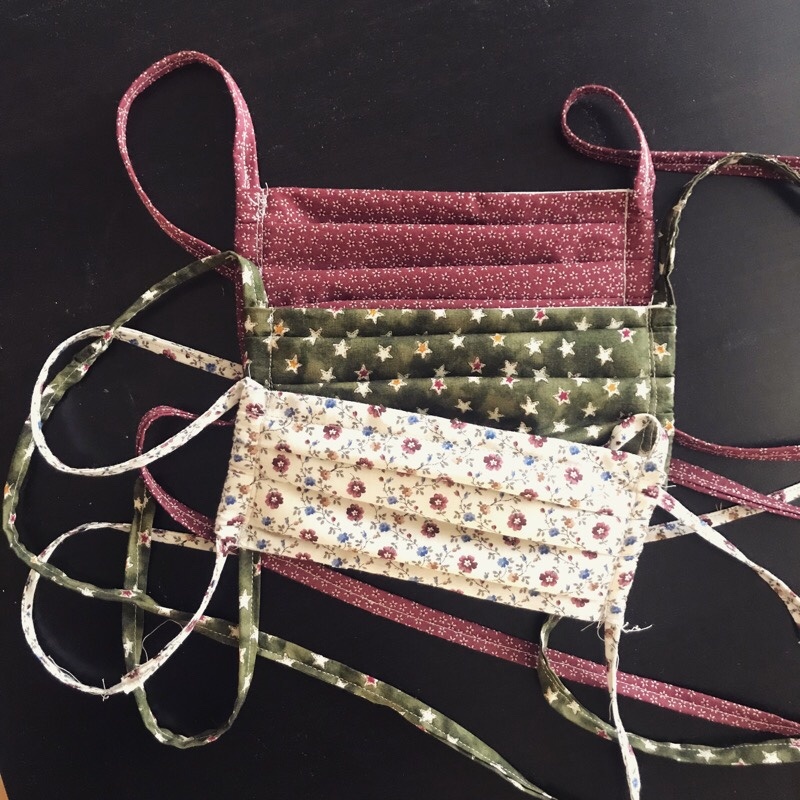 How do you sum up this godforsaken year?

Well, let me say first: this has by no means been the hardest year of my life. I’ve personally had more challenging years, but it’s hard to ignore the fact of what we’ve all been through collectively in 2020.

I’m writing this from a place of immense privilege and I know it. I really didn’t have much to complain about this year. I am a homebody by nature and going into lockdown and isolation hasn’t cramped my style as it has for other, more extroverted people. I transitioned nearly seamlessly to a WFH life (and actually like it!), I kept up a good running routine, I was mostly fine with not seeing people (except for my family’s canceled visit this summer), and Jon and I have been content with being around each other all the time. Even if we occasionally lamented the fact that we couldn’t go out to dinner or get away for the weekend, we both agreed that we were making the best of a shitty situation and things could be a lot worse.
The only things that matter at the end of this crazy year are that we both remained healthy, I kept my job (and income), we were able to pay our bills and feed ourselves, we could go for runs and walks, and had a private outdoor space to enjoy. We’ve been luckier than so many.
I contemplated if I wanted to recap this year as I have previous years, but for the sake of consistency and the mere fact that 2020 happened, as much as we would like to just wish it away, here’s my recap of this weird year. 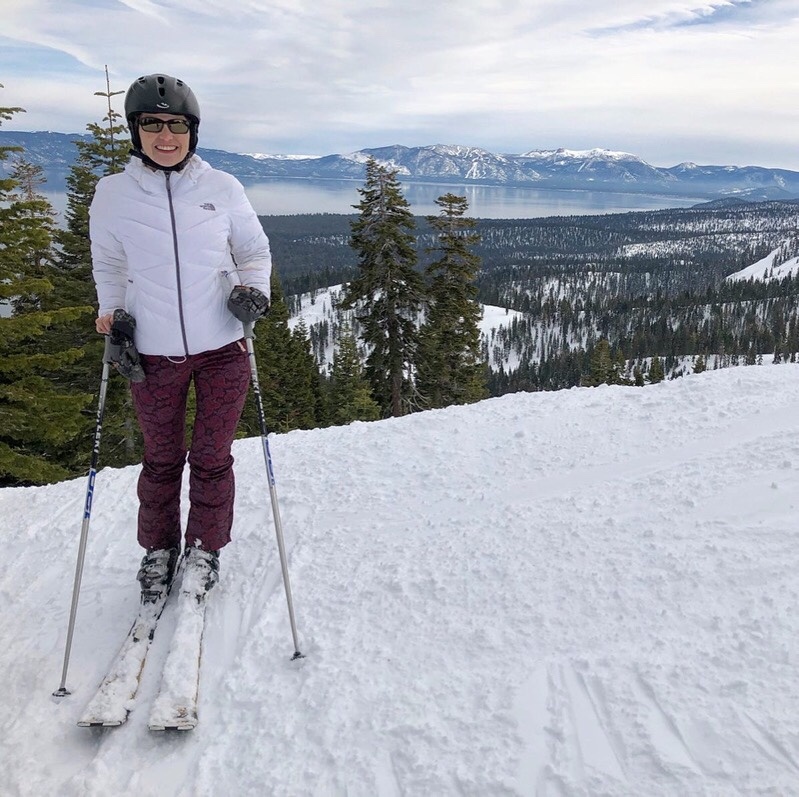 In January, as always, we welcomed the new year with coffee and a New Year’s pretzel. I posted my list of things I wanted to do in 2020. Surprisingly, while many plans ended up being derailed, I accomplished almost all of them. The highlight of January was a women’s retreat in Tahoe with a full day of skiing over MLK weekend. I had hoped to get back on the slope last winter, but alas, that ended up not happening. 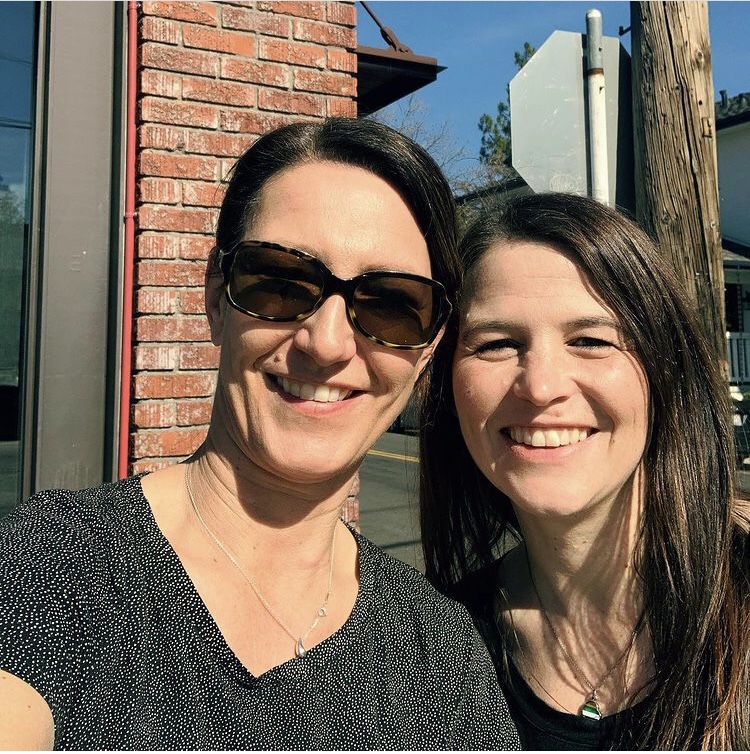 In February, I picked my word for the year. I am not sure I really lived up to it. I attended an “author’s workshop” at work, which I should have taken years ago (given the time I’ve been working at my current workplace). I met Kathrin, a fellow German living in the Bay Area, for the first time in person and also saw Ute, a fellow German living in CT, again after many years. I abandoned my bullet journal and found a new favorite planner. I started half marathon training. 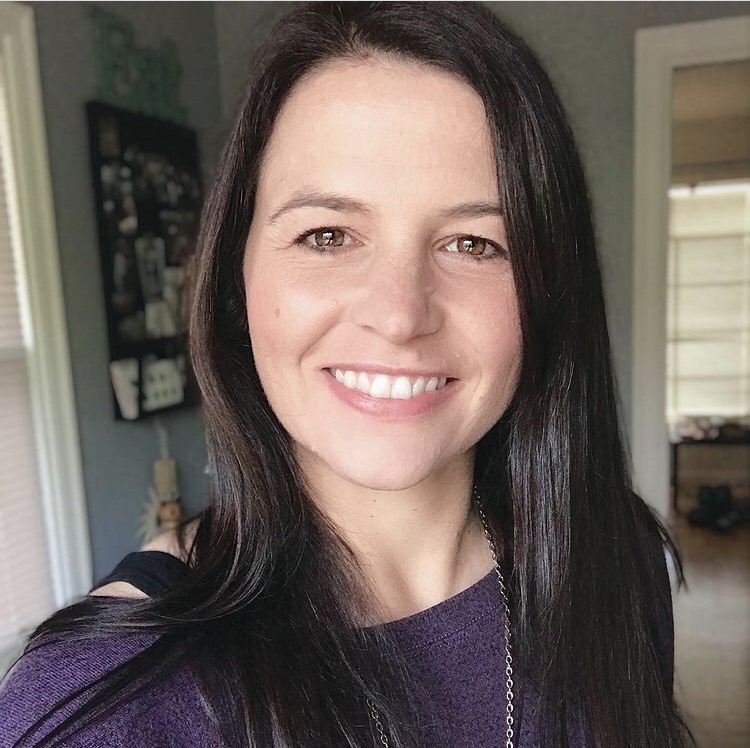 In March, I talked about why voting is so important. I celebrated my birthday, just before the whole world shut down. The new motto became “flatten the curve!“. It took me a little while to get my blogging footing back, and I started a series – blogging through the Covid-19 crisis – to document my own experience of the Covid-shutdown, not knowing that we were in for a long, wild ride. 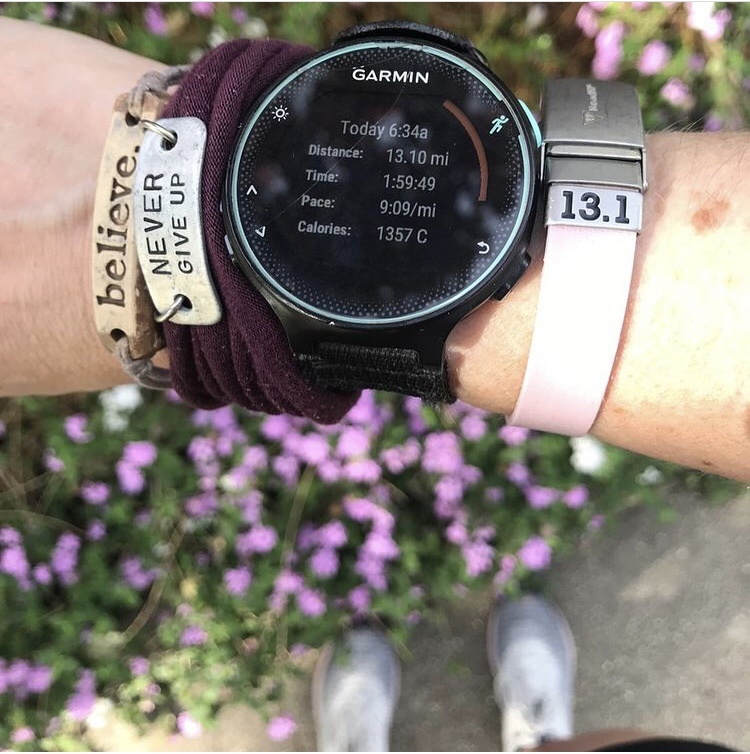 In April, I started to sew masks. Like so many of us. My gym shut down and I started running in the early mornings before work. It was the only thing I knew how to do. I baked zucchini bread. I settled into my work from home routine. My friend Tanja was supposed to come visit and run the American River Parkway Half Marathon with me at the end of the month. Of course, that didn’t happen. Instead, we ran the race virtually, each in our own neighborhoods, and even though it was unexpected, I finally got my (unofficial) sub-2 hour PR in the half marathon this year. Who could have seen that coming? 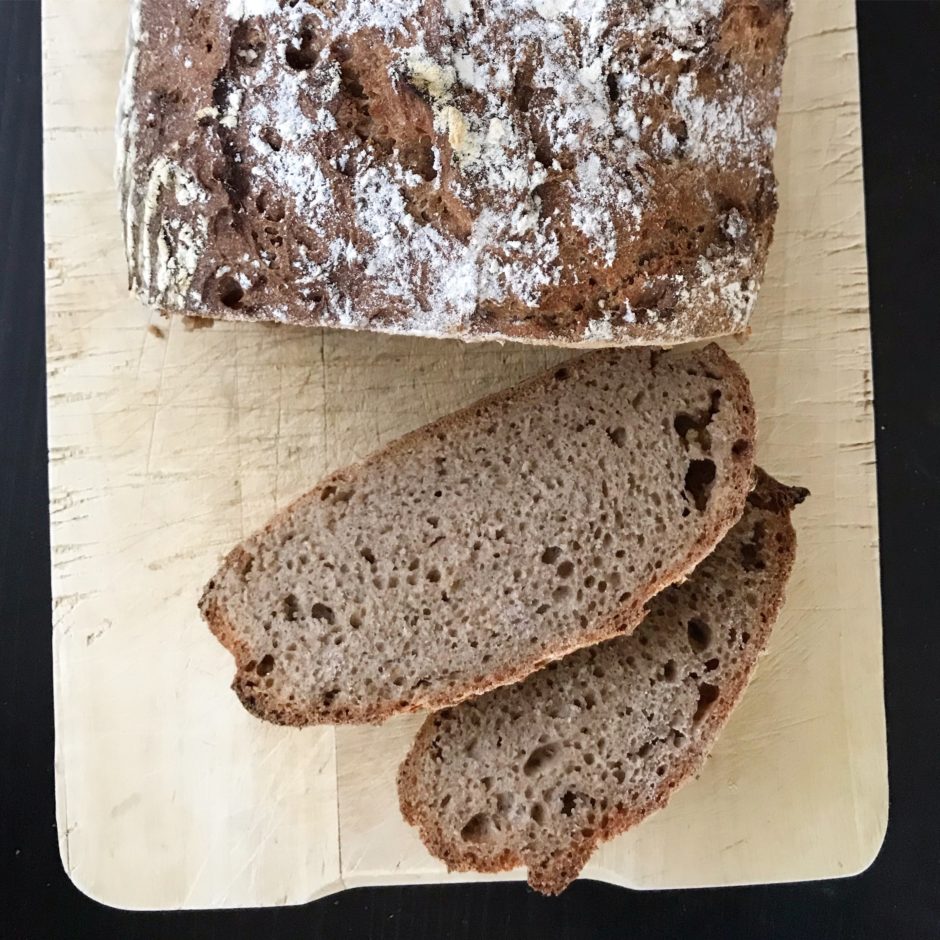 I started baking bread with a sourdough starter that I received from a friend in late April. It’s been the most cliché and the best ‘new’ hobby that has come from this pandemic. I have baked every weekend since. We got our outdoor space ready for the summer and Jon and I celebrated our 14th anniversary.

George Floyd died at the hand of police in Minneapolis and racial tensions flared up big time. 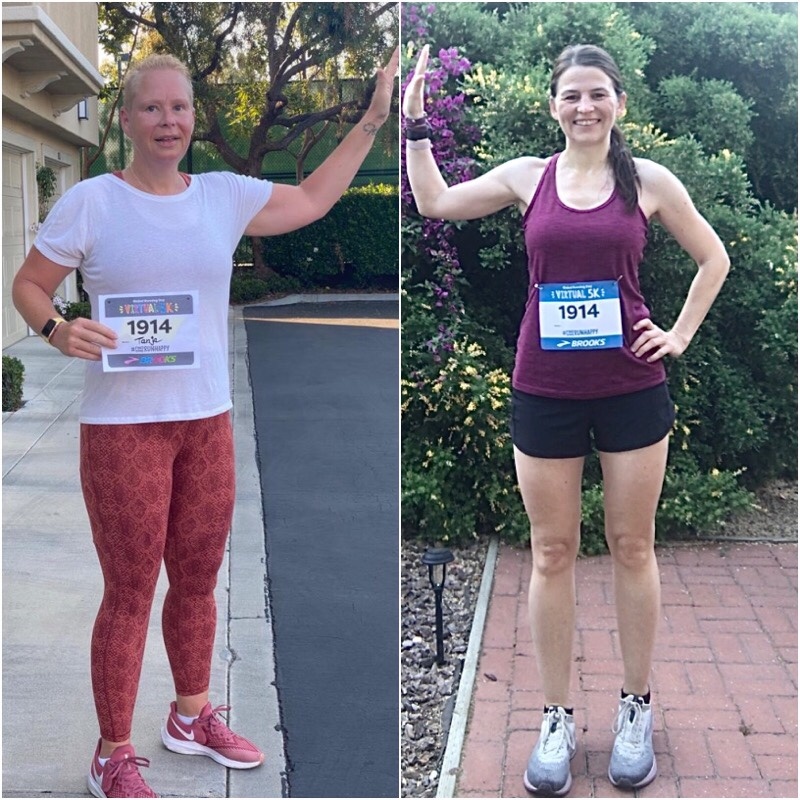 In June, I celebrated Global Running Day and ran for a good cause. I tried to confront being uncomfortable, educate myself, share resources, and stand in solidarity with the black community. I know there is tons more work to do.  I shared some running lessons during Corona times and also posted another update of my blogging through the Covid-19 crisis series. 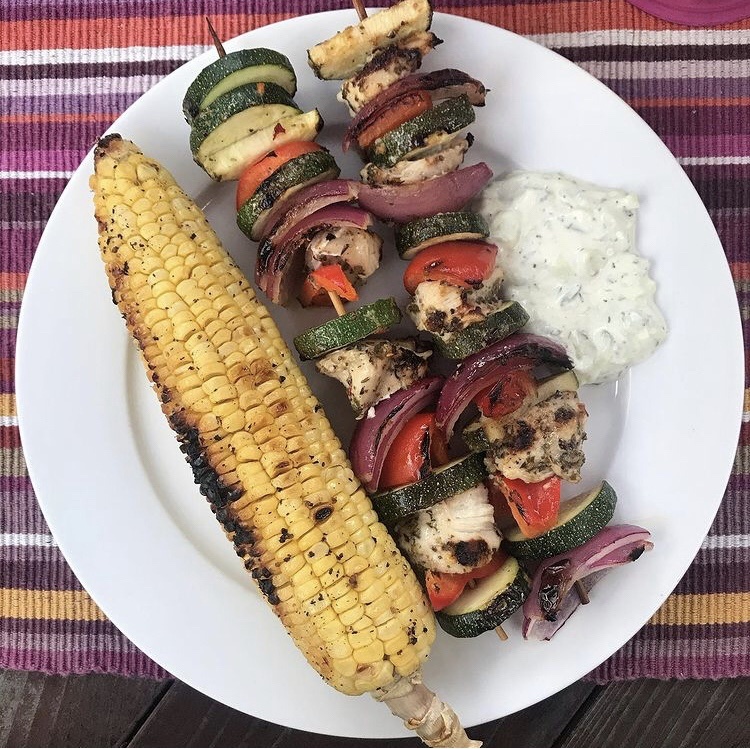 In July, I had some thoughts on Independence Day. I made our own variation of a Classic Niçoise Salad. I talked about how I fit a workout into a busy day, and how I got my sister to run a half marathon (We were supposed to run the half marathon together in San Francisco this summer, but that didn’t happen and I am so proud of her that she still continued her training and ran the distance!). We spent many summer evenings barbecuing in the backyard. 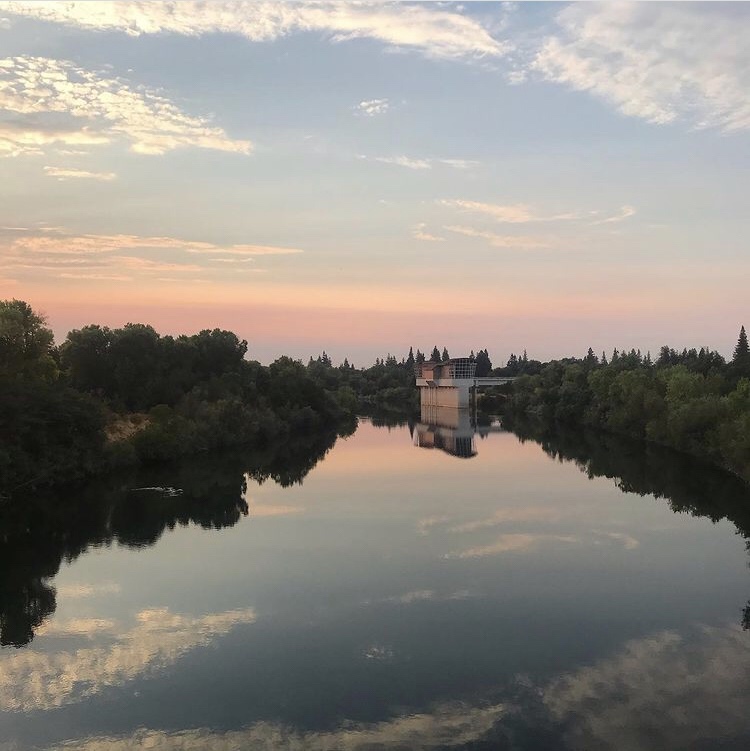 In August, I kept up with my early morning runs and witnessed many beautiful sunrises along the river. I also shared my strength training routine. I wrote another blogging through the Covid-19 crisis update. I got my (road) bike fixed up and went on a bike ride, followed the presidential debates, and send snail mail just because. 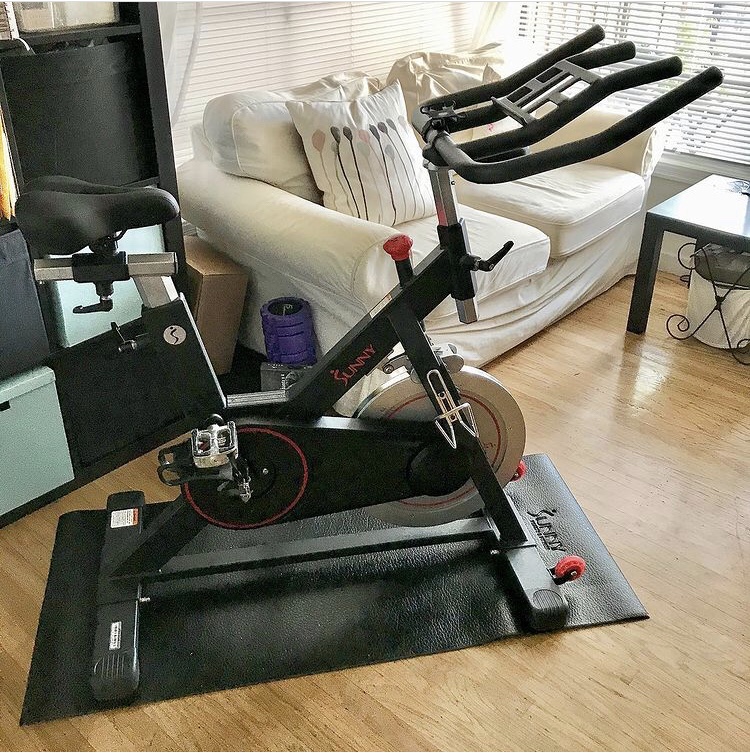 In September, I bought a spin bike. Probably the best pandemic purchase of the year. It arrived just before the California wildfires caused major smoke plumes and locked us into our homes for weeks. I had officially worked from home for six months. I shared all the things I baked in quarantine. Ruth Bader Ginsburg died and I wondered what else 2020 was going to throw at us. I posted the recipe for quick 4-ingredient Almond Butter Oat Cookies. 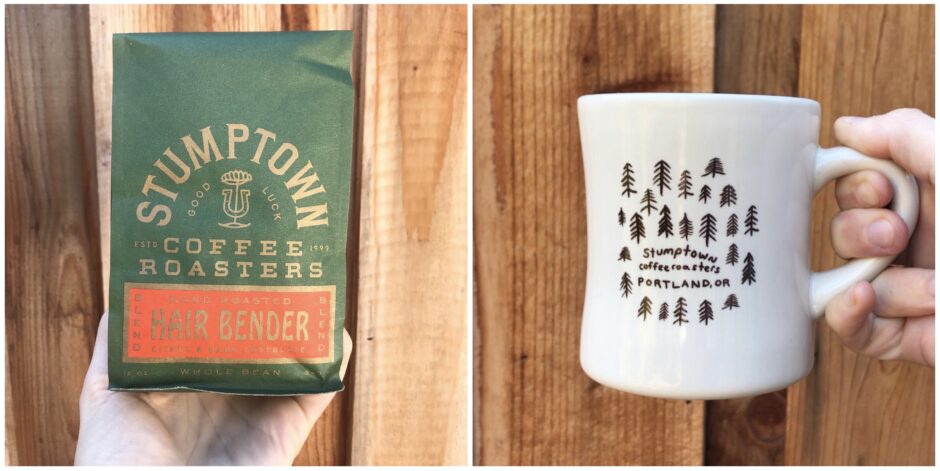 In October, I talked about the importance of rest days. I urged people to vote in the presidential election. We celebrated Jon’s birthday, and I ordered Stumptown coffee for him. I wrote another Covid-19 update. 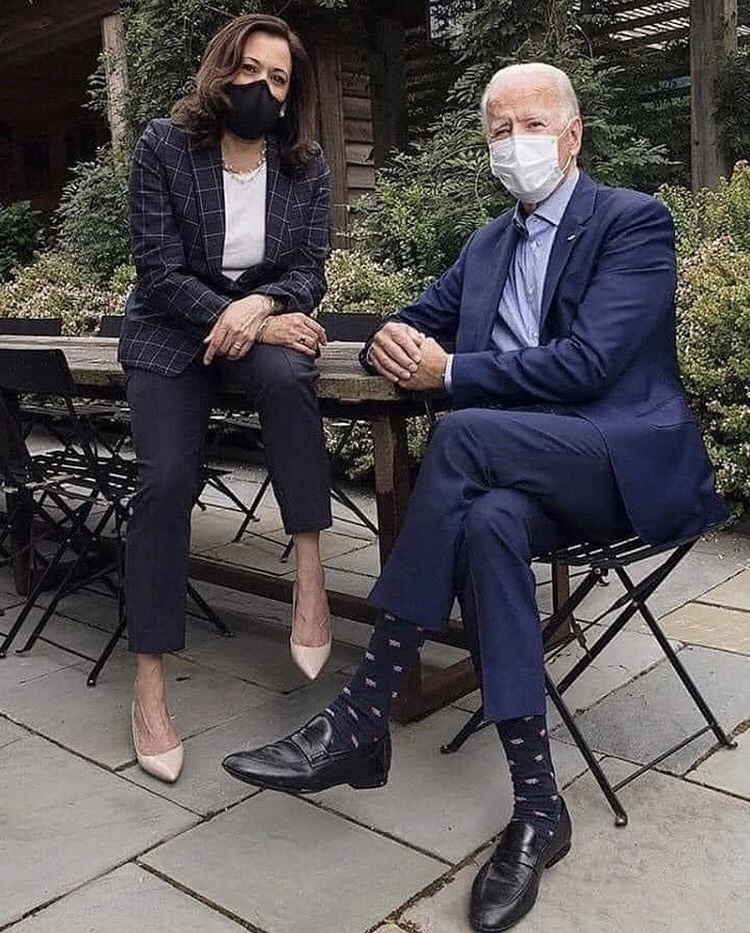 In November, I participated in NaBloPoMo for the 14th year! I blogged my way through the last few days of the election.  It was finally confirmed that we elected Joe Biden and Kamala Harris. It’s most likely been the highlight of this year and gives hope to so many of us. I became an ambassador for MudLOVE and am thrilled to support such an awesome small business. For Thanksgiving, we stayed home, I ran a virtual Turkey Trot with Tanja in the morning and then prepared a chicken with all the trimmings just for the two of us. That weekend, I also baked my family’s Spritz Cookies to start the holiday season off on the right foot. 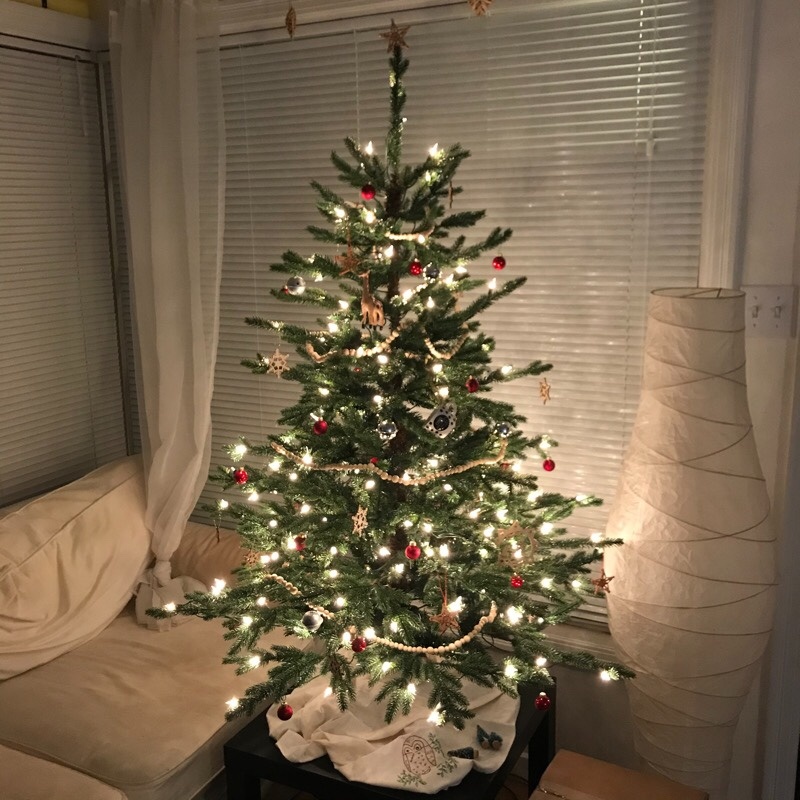 In December, I bought a bigger and nicer Christmas tree. I was set on making this holiday season great, Covid be damned, and for whatever reason, that tree made me so very happy. I also shared a holiday wish & gift list (because those are always fun!) and sent out a bunch of New Year’s cards.

Shortly before Christmas, Covid-19 hit closer to home than I ever wanted it to. Someone in my family tested positive, after being so vigilant for months. I understand this is bad news if your family lives around the corner, but emotionally it’s on a different level when you’re 6000 miles away. I definitely freaked out there for a second, because you never know how this virus is going to affect someone, and I am only willing to share this now because nobody else contracted the virus (thank god) and the person, who had it, never developed symptoms. We got so very lucky.

But I want to warn you that however ‘safe’ you feel and however cautious you think you are, do better. There are still no guarantees that you won’t catch it (we all have to take some risks, however small they might be) and this will only get better if we’re are all willing to make sacrifices, to stay home as much as possible, and to mask up when we’re in public.

I told you about how we spent our Christmas this year and also summed up my ten best pandemic purchases.

And now we’re ringing in a new year, safely from the comfort of our own couch, hoping that 2021 will shape up to be a much kinder year for us all.