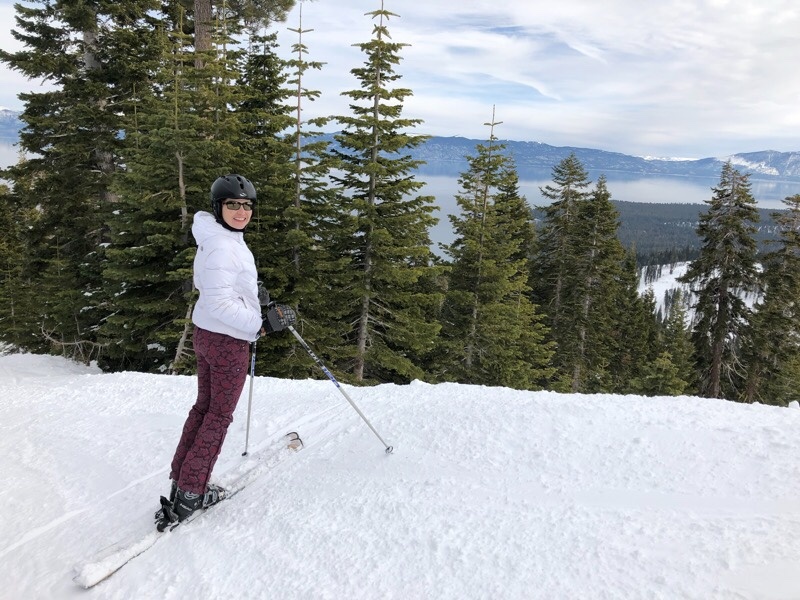 My friend Susi invited me along for a girls’ weekend with some of her mom friends from German School. We were headed to Tahoe over the MLK holiday weekend and stayed at U’s vacation home in Truckee. I was thrilled to get up to the mountains during winter time and very thankful that I was invited to come along.

It’s always a little awkward when you join a group of people that you mostly don’t know and my introverted self was a little bit anxious, but as so often, the worry was unnecessary and dissipated quickly once we had all introduced each other. We ended up having a really great time.

We arrived around 6 pm at Friday night in a winter wonderland. I couldn’t have been happier. 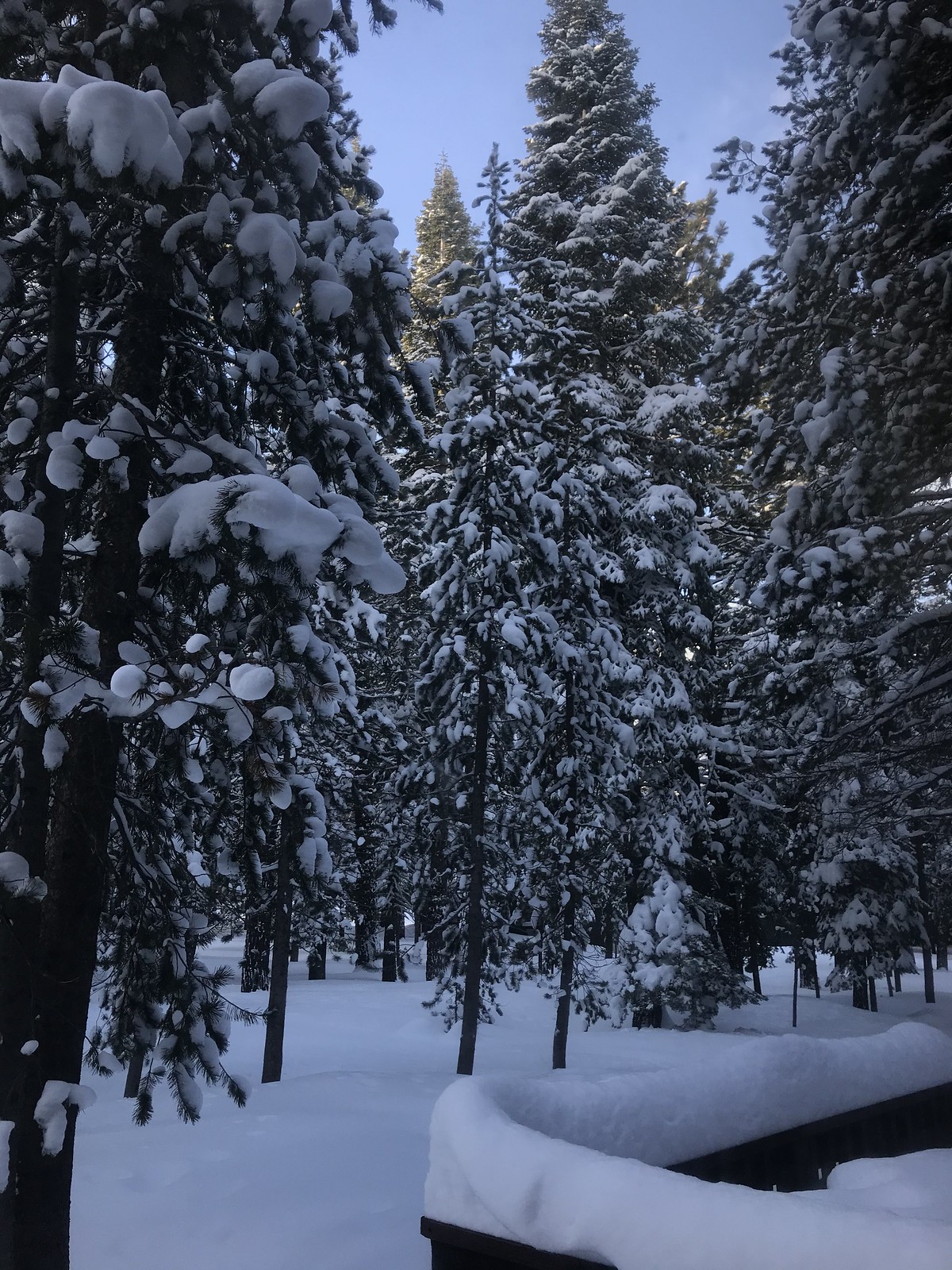 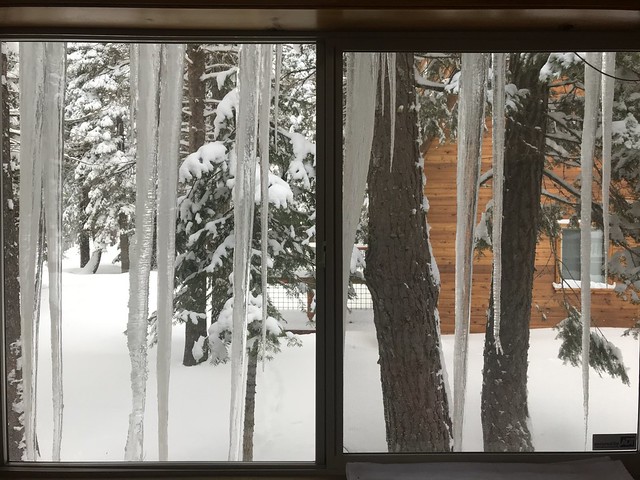 We had previously talked about things we wanted to do while we were there, and besides some outdoor activities during the day, we had all agreed on just hanging out at the house, cooking together, puzzling, reading, knitting/crocheting, and just enjoying each others’ company.

We also played Cards Against Humanity, which I had heard about, but had never played before. Well, let’s just say that it’s true that it’s “a party game for horrible people”, because some of the card statements made me either blush or drop my jaw. However, I am wondering what it says about me that I didn’t just win this game once, but twice over the weekend. 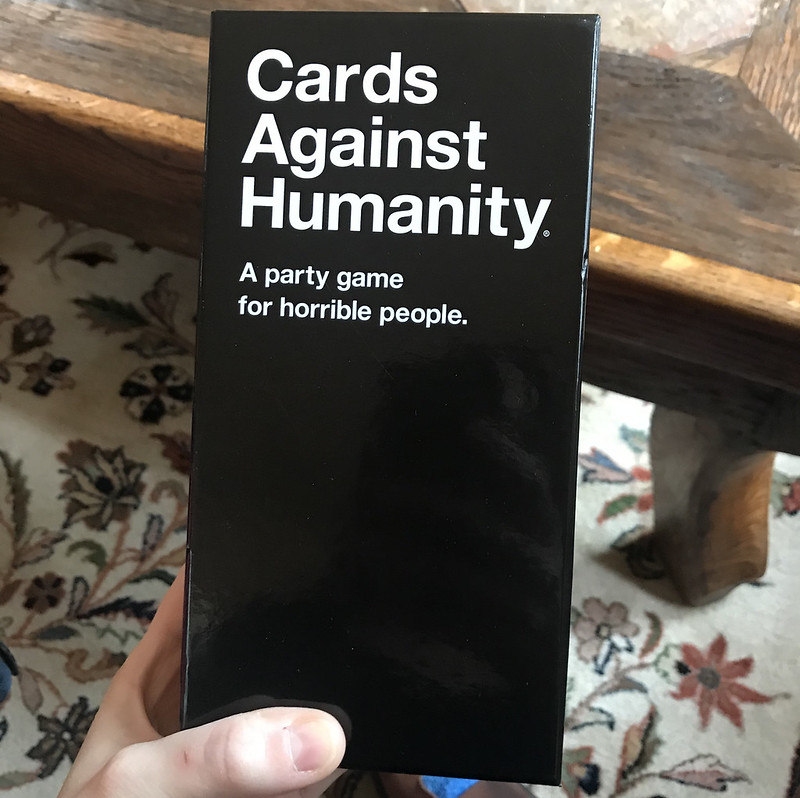 Some of the women went cross country skiing on Saturday, while Susi and I and C hung out at the house. We went on a nice snow walk around the neighborhood and then started (the first of two) puzzle(s) when we got back. 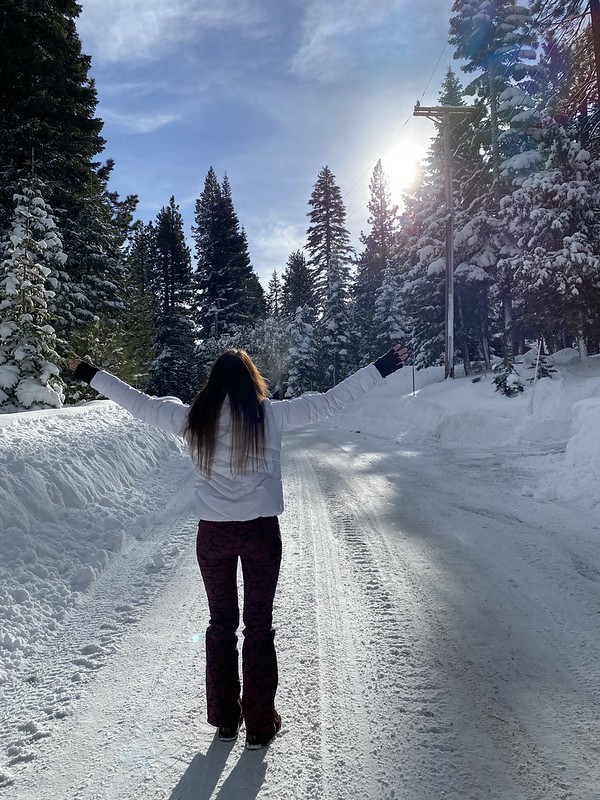 The puzzle was really cool: the posters of all the U.S. National Parks. 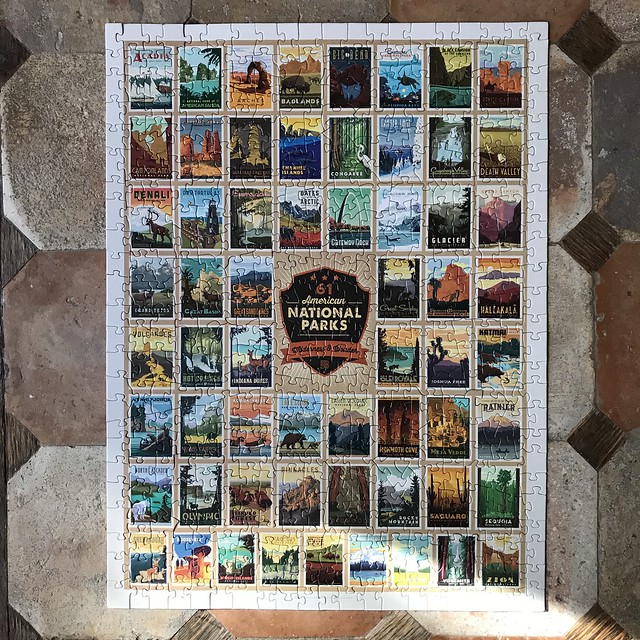 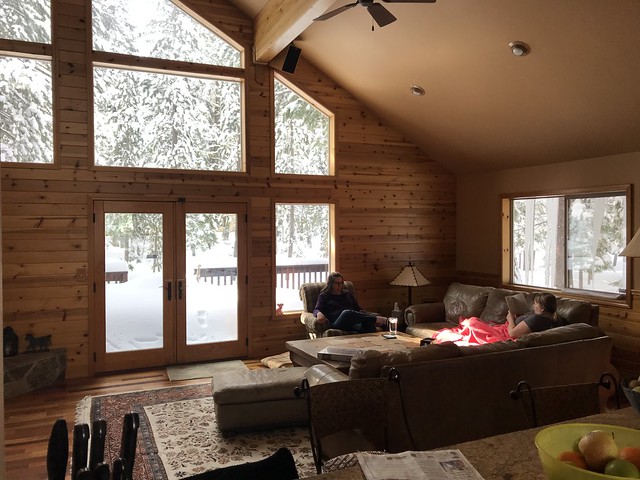 We started a second puzzle in the evening and everybody got involved. 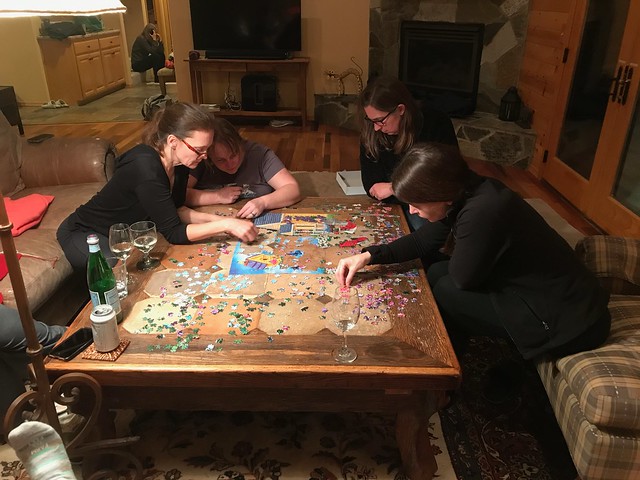 On Sunday, Susi and I had planned to go downhill skiing, but the week before the getaway, Susi had injured her knee and couldn’t participate in any sporting activities. As I didn’t know if anyone else wanted to go, I wasn’t sure if I was going to get to go skiing after all, but luckily, three others wanted to go and so we headed over to Homewood Mountain Resort on the western shore of Lake Tahoe in the morning.

I have my ski boots here in California, but don’t own skis anymore, so I had to rent them and I almost toppled over backwards when I heard that they wanted $99 for just the ski rental for the day. Gosh, Tahoe’s expensive. But hey, there was no backing out now.

Luckily, I had already bought the lift ticket for a discount at REI.

I was a little taken aback by the “outdatedness” of the ski resort. The ticket had to be scanned by hand (I was used to automatic scanners that read the ski ticket through your jacket) and when we got to the chair lift, it didn’t have a safety bar. I’ve never seen that in the Alps.

BUT: once I hit the slopes, it was blissful. Originally, we had planned to ski for a half day, but in the end, we spent 6 hours on the slopes. The others were beginners, so we took the easier runs most of the time, but that was fine with me. I was just happy to be skiing! The day was a little overcast, which was great because the snow stayed great the whole time.

And the views! Just amazing! We kept going back for more and spent 6 hours on the slopes! 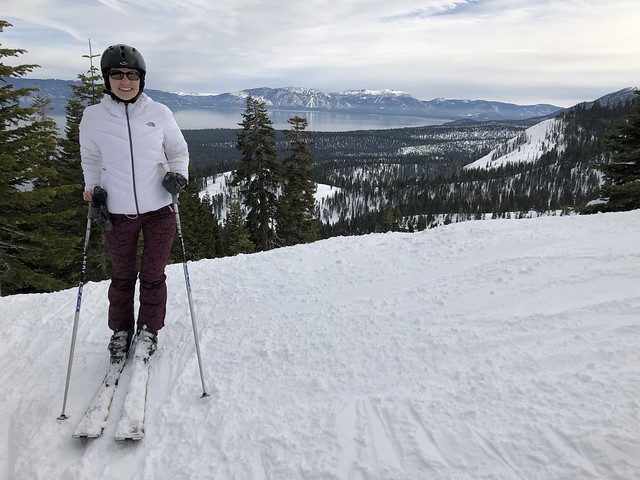 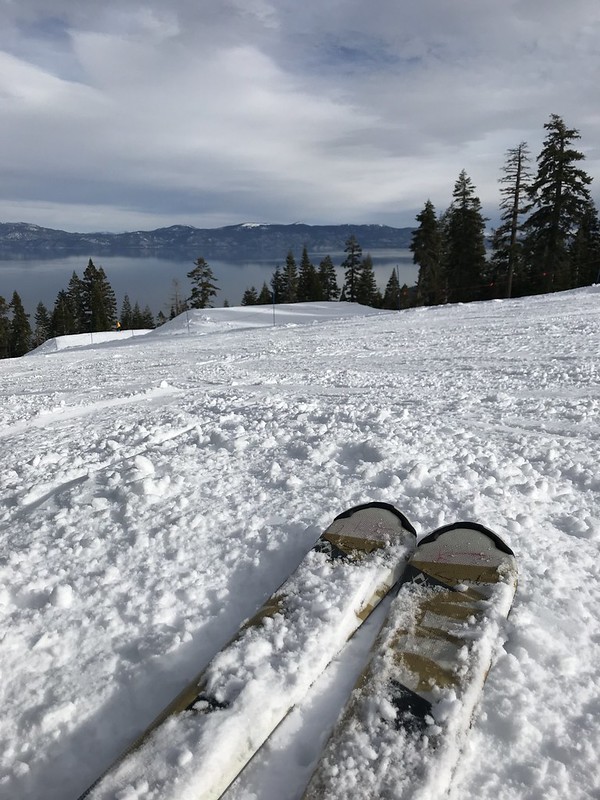 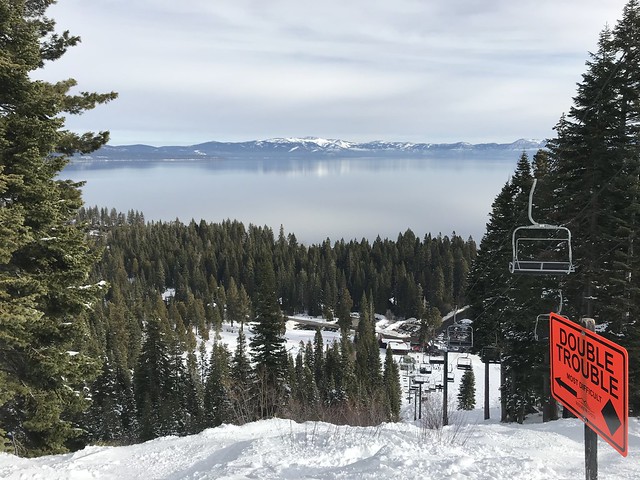 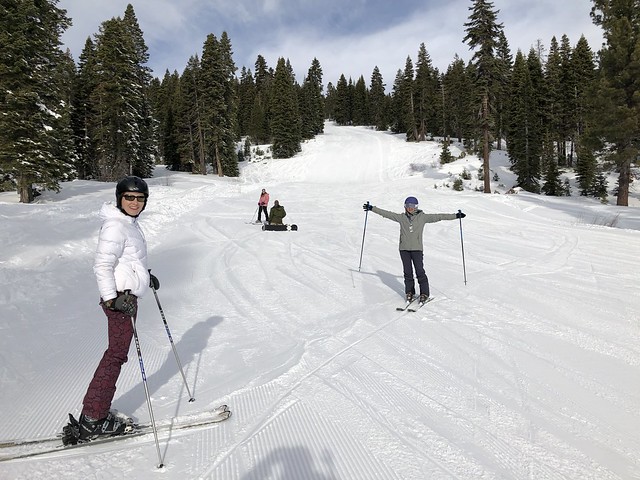 Sunday night was for a movie, a delicious dinner, and face masks before we all headed to bed. We had planned to head back home early on Martin Luther King Jr Day to beat the holiday traffic, so the last night was an early night for all of us.

It was a really great weekend though and I am so glad I was asked to come along!

Did you do something fun over the long holiday weekend?