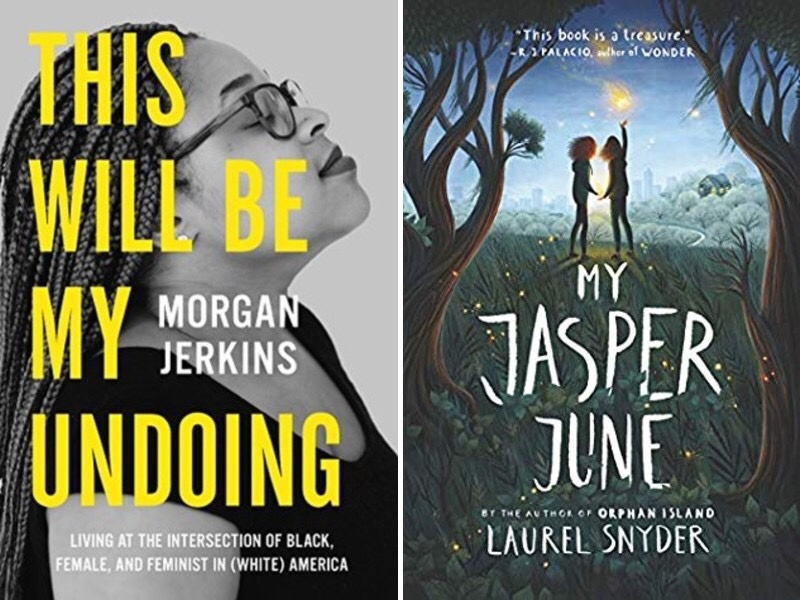 Let me liken my reading routine to a roller coaster, my friends. It’s been going up and down and right and left and I am just hanging on for dear life.

But I lied in my last post. I finished not one, but two books in November. Imagine my delight when I realized that. I even started a third one but am nowhere near done. Okay then. Two is better than none, am I right? Little by little, the bird builds its nest.

This will be my undoing: Living at the Intersection of Black, Female and Feminist in (white) America by Morgan Jerkins (★★★☆☆)

This book was all over the place for me. When I started writing down some of my thoughts, I realized that I had a lot to say. It could be a whole separate blog posts by the length of it.

Bottom line: There is much to learn. Jerkins shares some highly insightful personal experiences. However, this is what they are: personal experiences. The title of the book felt misleading in a way, because you expect a collection of essays about race, gender and feminism, but instead you get a random selection of personal essays that are not necessarily universally applicable, not even within the black community, I think.

Some of Jerkins essays were brilliant and eye-opening, some were – IMHO – superfluous at best, but some were also full of stereotypes and generalizations (mostly about white people), which she tries to desperately dissipate about her own community, but which she nonchalantly perpetuates about other racial communities. While she calls herself female and feminist in the title of her book, I also didn’t appreciate how dismissive she was of other female experiences.

I felt there was a disconnect between what Jerkins put out there and what she was trying to accomplish. She flip flopped and contradicted herself a lot. At times, it felt like all she wanted was to fit into the white world and when she realized that this wasn’t possible, she decided to embrace her black womanhood, but blamed everything that didn’t go her way on being black.

I think it is always hard to know when we are being rejected or discriminated against because of our race or appearance, and when it is because of who we are as a person. Jerkins seemed unable to recognize that possibility or was unwilling to consider it further, which made her conclusions less convincing.

She gave many examples of interactions that she perceived as borderline racist or at a minimum oblivious on the part of her counterpart, however, she didn’t offer any instructions on how to fix these situations. This is being complicated by the fact that I don’t think that Jerkins speaks for all black Americans.

I am not at all dismissing the experience of a black woman in America, I can only imagine (which is to say, cannot imagine at all) what it’s like to be a black woman in America. But aside from all the generalizations, there was a whole lot of privilege seeping out between the lines. She grew up with a lot of opportunities, went to an Ivy League school, and doesn’t seem sure how to reconcile that with being black.

I wanted to love this book, I really did, but sadly, I didn’t. It did give me a lot to think about though and I’d be interested to hear more about it from other people who have read it. (Sorry for the wordiness.)

I should have known this was a YA novel. As you know, I can only do those type of books in moderation, but I quite enjoyed this one. This was a sad, but sweet story about loss, grief, loneliness and an unexpected friendship that turns out to be the lifesaver for two young teenage girls that both go through some tribulations and who find comfort and solace in each other.

The story was a little slow at times, but maybe that was intentional, to feel a deeper connection with the characters, to let you sit with their emotions for a little while. And while I am a sucker for happy endings, the end of the story was almost a bit too-good-to-be-true-ish, but still it was a worthwhile read. Would recommend it.

What did you read in November? Anything you’d like to recommend? Leave a comment, and then add me on Goodreads to keep in touch.